A small team return to the Lost Coast on an evening tide, with permission from authorities (NParks, SLA, PCG). 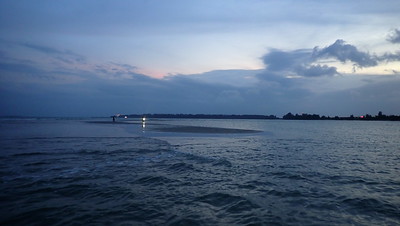 This vast sandy shore is a habitat that is now rare in Singapore (thus 'lost') and home to animals that we seldom see on our other shores. This reclaimed shore in Changi East was in the past, remote and difficult to reach; thus 'lost' in yet another sense. As development started in the area, it became strictly off limits without a permit.

As the tide falls, a huge sand bar appears far away from the shore. For safety, it is important to watch the tides and leave before the tide returns. 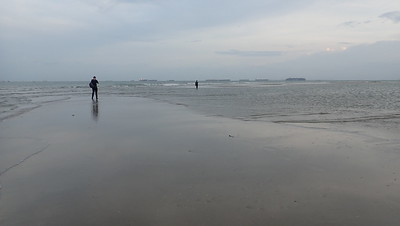 Although the sand may appear lifeless, it is teeming with animals who are mostly buried. If you gently investigate the lumps and other signs at the sand surface, you will find some of them. The most abundant animals found throughout the vast shore were Cake sand dollars and Button snails. A wide variety of predators feed on these. This is the only shore so far  that we've been to where Egg-white moon snails are common. We see those with coloured shells (dark red to pink) and white ones. Other less common snails seen here include the Grey bonnet snail and one Fig snail, and Attap chee slugs - believed to feed on clams. There were also the more common seen Ball moon snails and Tiger moon snails. As well as other common predatory snails like Weasel olive snails and Noble volutes. The rest of the team also saw other special snails. 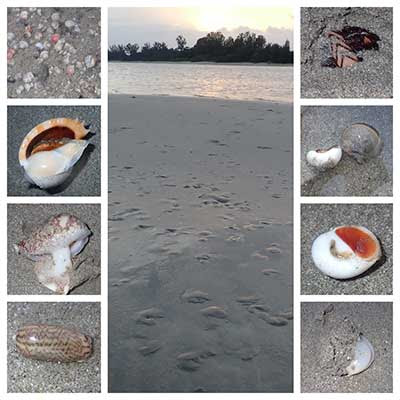 Buried sea anemones are also common here. The most abundant were Pearly anemones (I saw more than 10). I saw one Haddon's carpet anemone and one Striped sand anemone. There are also signs of buried crabs and worms. All over the shore, there were lots of Orange striped hermit crabs and as night fell, lots of Horn-eyed ghost crabs started roaming the shores. The rest of the team also found Common sea stars - which are no long common on our shores, so we are glad to see them. 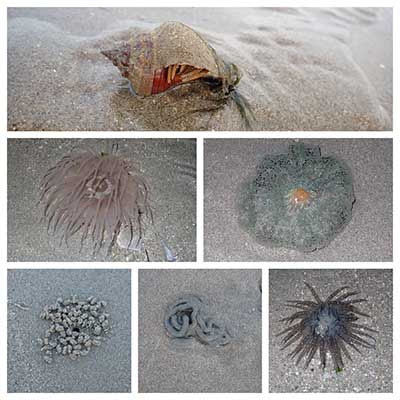 The tide wasn't low enough for me to see the seagrassy area where I saw dugong feeding trails on our last survey here in Jul 2021. In fact, we realise this shore is best surveyed at minus zero tides in the pre-dawn. I first returned to this shore for the first time in ten years in Dec 2020. Previous trips to these shore were in Nov 2011, Oct 2011, quick visit in Oct 2011, Jan 2010, first trip in Jan 2010. 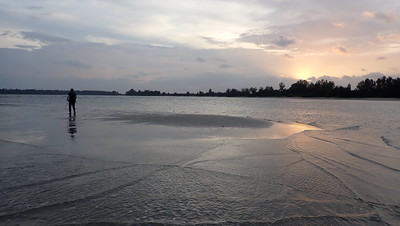