Return to Lazarus after a decade

Today, for the first time in 10 years, I surveyed the natural shores at southern Lazarus Island! 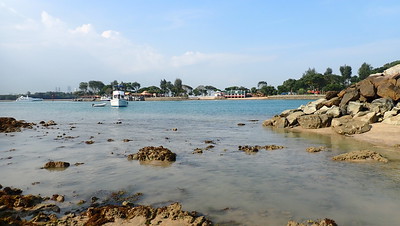 It was great to see the coastal forests here are still thriving. As well as living sandy shores, rocky shores and lots of soft corals on the shore facing Kusu Island. The rest of the team also saw cone snails, nudibranchs and other interesting marine life.

Email ThisBlogThis!Share to TwitterShare to FacebookShare to Pinterest
Labels: lazarus

Paying respects to our Big Sister

This Lunar New Year, we pay our respects to Big Sister's Island, part of Singapore's first Marine Park. Thanks to NParks for permission to survey after sunset. 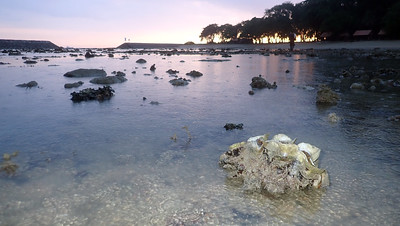 There are Giant clams on this shore! The corals seemed alright and we saw interesting marine life despite the intermittent rain.

At Punggol Jetty, the boulders on the shore were very much alive! 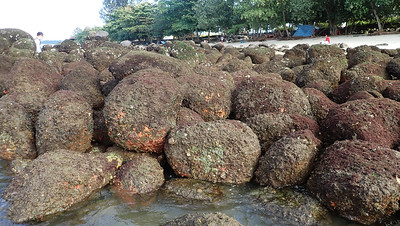 The large boulders on the shore were covered in living animals at the low water mark. These encrusting animals are food for nudibranchs and it was intriguing to find many signs of nudibranchs here.

Changi: impacted by the non-stop rain?

The recent non-stop rain due to the monsoon surge makes us worry about a repeat of the mass deaths that we saw at Chek Jawa in 2007.

At Changi today, the water was very murky but we didn't see similar signs of mass death. Animals that usually succumb to freshwater are still present, and seagrasses are doing well. The impact of freshwater flooding on the shore, however, can be delayed. So it may be too early to be relieved just yet.

We return to this stretch of Pulau Semakau which used to be regularly visited as it is part of the public walk trail. 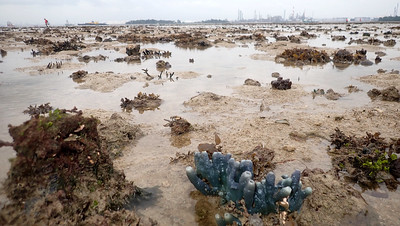 It was great to see a large giant clam, healthy corals and interesting marine life. Despite the tide not being as low as predicted. Unfortunately, there remains very little seagrass in the area.

Dolphin overload in December! Dolphins were sighted at St John's Island, East Coast Park and even in a shipyard at Sembawang. 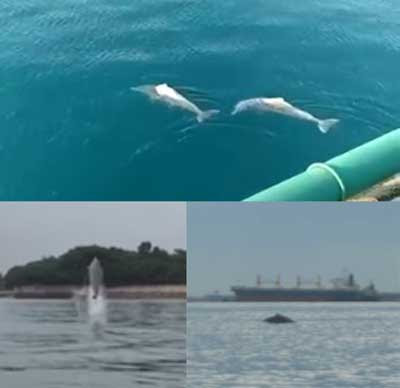 A sea turtle was seen off Keppel Bridge and sharks were documents hunting in shallow waters at Big Sisters Islands.