Return to the 'Lost Coast'

Nearly a decade since my last trip here, I returned to this vast sandy shore, a habitat that is now rare in Singapore (thus 'lost') and home to animals that we seldom see on our other shores. 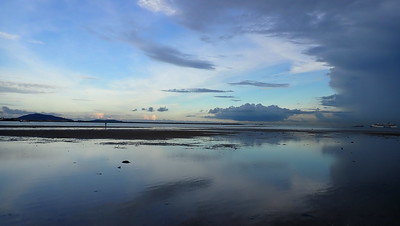 This reclaimed shore in Changi East was in the past, remote and difficult to reach; thus 'lost' in yet another sense. As development started in the area, it became strictly off limits without a permit. Thanks to NParks for letting me come along for a brief recce trip.

The most abundant animal on this shore were Cake sand dollars! They covered some areas so thickly we just didn't walk there. 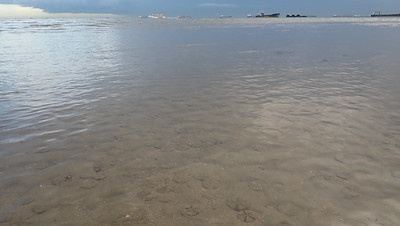 We also came across several large sand dollars that look like Keyhole sand dollars, with slots in the body. But these are a more rarely seen kind, possibly Echinodiscus auritus. 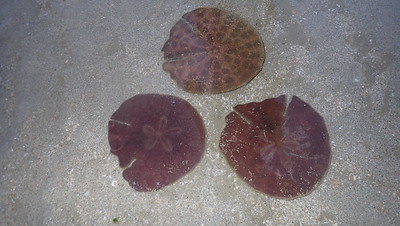 There were lots of living Button snails, but they were not as lively as those seen elsewhere - didn't burrow away quickly when they are revealed. I'm not sure why. Also abundant on the mid-shore, Bazillion snails! 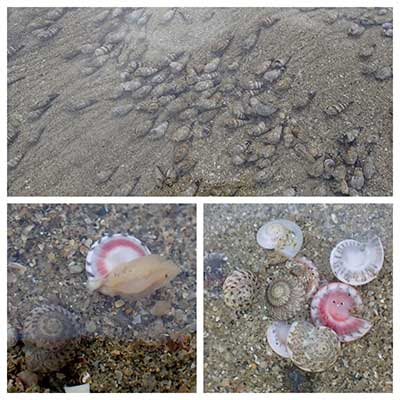 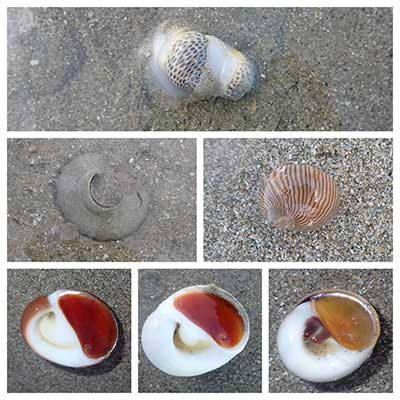 There were many Weasel olive snails and I was glad to see some Fig snails. But we didn't come across any Bonnet snails. Other predatory snails seen include Noble volutes and Spiral melongena snails. There were also many scavenging whelks. 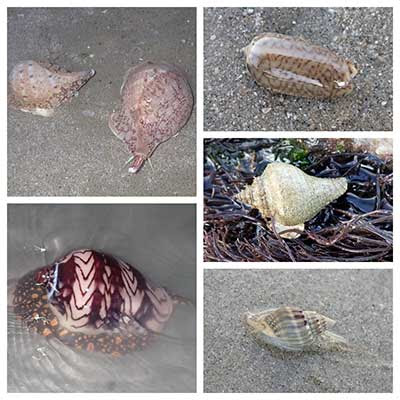 There were many Orange-striped hermit crabs. There were many small Flower crabs swimming in the shallow water, and I saw one Spotted moon crab. There were many Horned ghost crabs foraging far away from us. I saw several Pearly anemones, which does seem to prefer sandy shores, and one Haddon's carpet anemone. I didn't see many burrowing worms though, only one Acorn worm. As the sun set, one large Painted sand star emerged (it did not have an orange underside). 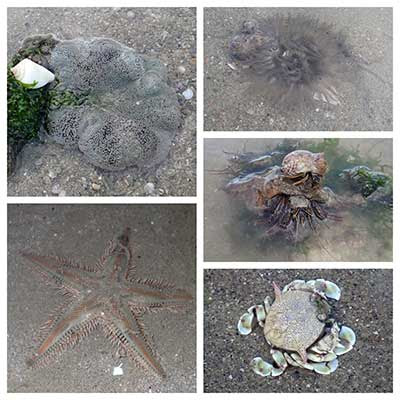 I saw many large Window pane shells on bare sand on the mid-shore. I thought this odd as these clams are usually found in seagrass. I looked in deeper water and indeed, got glimpses of Spoon seagrass! Dark patches in deeper water might be seagrass! We may be able to see more if we come during a much lower tide. 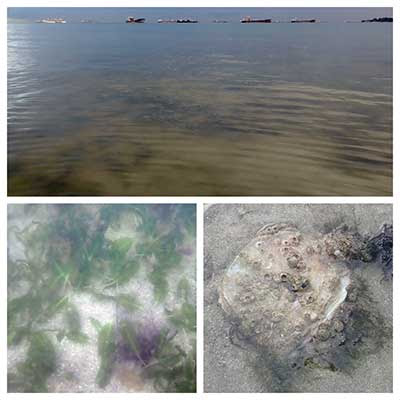 This deeper area where the seagrass seems to be growing is surrounded by sand bars. The sand bars emerged briefly as the tide fell. We walked out to the nearest sand bar to have a look. 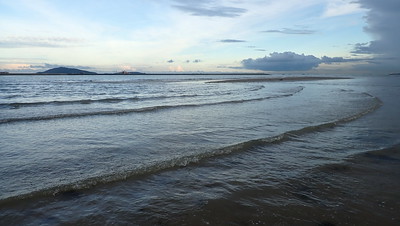 Even further away were more sand bars, and breaking waves indicating shallow areas where seagrasses and other marine life might be found. The area appears vast! 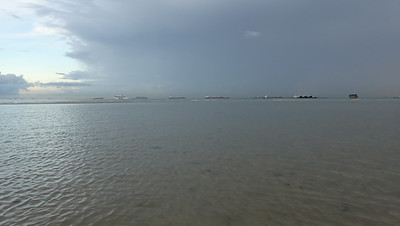 I look forward to returning with the full team on a lower tide in darkness, when more animals should be out and about. Thanks to NParks for inviting me along for this trip.

Other shores surveyed by others