Lost Coast with signs of dugong, and otters!

This vast sandy shore is a habitat that is now rare in Singapore (thus 'lost') and home to animals that we seldom see on our other shores. Chay Hoon and I checked it out today, while the rest of the team surveyed yesterday - in line with the latest COVID restrictions on group size.
This reclaimed shore in Changi East was in the past, remote and difficult to reach; thus 'lost' in yet another sense. As development started in the area, it became strictly off limits without a permit. I had briefly surveyed it in Dec 2020, but not at a very low tide. We return at minus zero tides this year, with permission kindly arranged by NParks.

I was delighted not only to see seagrasses here, but also dugong feeding trails! This was on the southern corner of the shore, where there were patches of lush Spoon seagrass (large leaves) growing all along the shore nearer the high shore. There were also sprinkles of Needle seagrass, and I saw washed up Tape seagrass blades, quite long leaves. 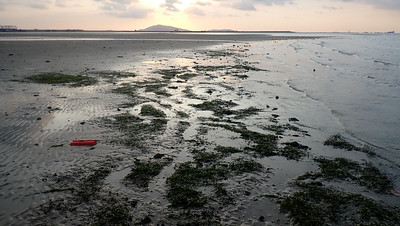 Here's a closer look at the feeding trail. Dugong feeding trails are formed when dugongs chomp up seagrasses including their roots, leaving a shallow meandering furrow of about equal width and depth. 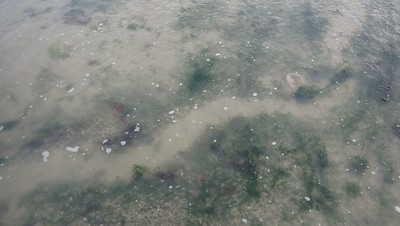 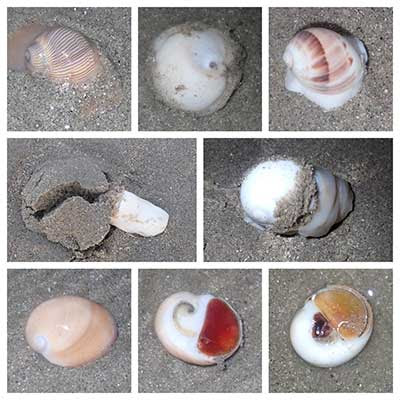 It was intriguing to come across this large moon snail next to a sand collar -  which is the egg mass of a moon snail. The mama moon snail lays eggs singly in capsules which are embedded in a matrix of sand grains - a combination of mucus and sand which forms a gelatinous sheet that hardens. She lies at the center of the collar as she creates it, so the hole in centre of the collar may give an indication of the size of the mother snail. Did this moon snail just lay the sand collar? Wow! 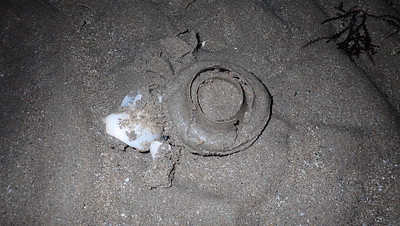 Burrowing in the sand bar were also other kinds of snails. I was surprised to see many Gong gong snails buried in the sand. Some of them had enormous encrustations on their shell, and were not buried.  There were many Noble volutes of various sizes with beautiful unencrusted shells, many busy Weasel olive snails. I saw some Margined conch snails, one Grey bonnet snail and one Fig snail. I saw the empty shell of a Baler snail. The rest of the team saw a live Baler snail yesterday. 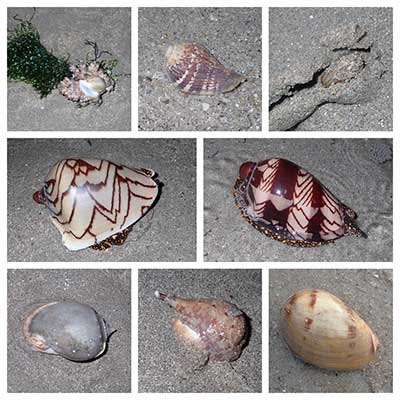 There were also other molluscs on the shore. At the area where there are seagrasses, there were some Fan shell clams (very heavily encrusted) and many Window pane shell clams (small and large). On the sand bar, I saw a very large Large cockle and several small Big brown mactra clams. There were also very many Attap chee slugs - smaller than usual. These slugs are believed to feed on small clams. Studies suggest this slug is seasonally abundant and voracious predators of clams. 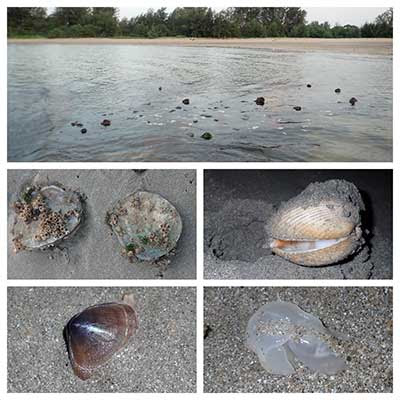 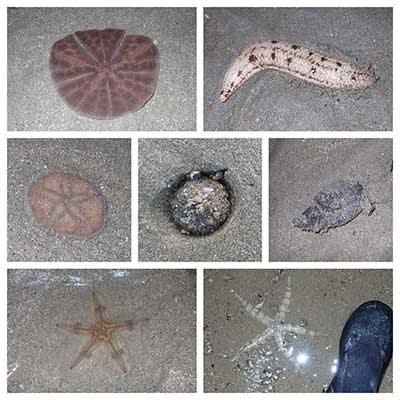 There were also burrowing cnidarians on the sand bar. I saw a few Haddon's carpet anemones, one Pearly anemone and one Very long sea anemone. There were also some Sea pencils and one cerianthid. There were many Orange-striped hermit crabs, small Flower crabs and Spotted moon crab in the shallow water. While a lot of Horned ghost crabs foraged all over the shore. 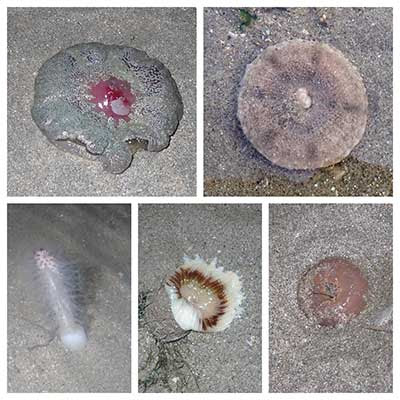 As the tide turned and I was leaving, I noticed these pawprints emerging from the sea, and heading for the shore. I suspected they were made by otters. 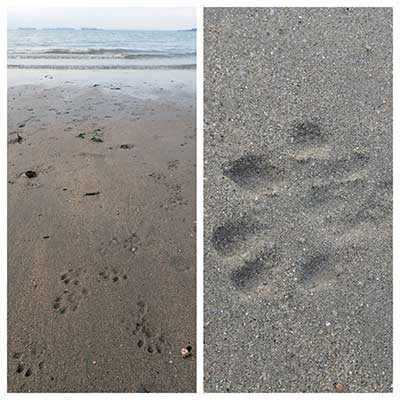 And indeed, Chay Hoon and I saw them playing in a natural pond nearby. They were far away and we didn't want to disturb them, so here's a bad video of them. 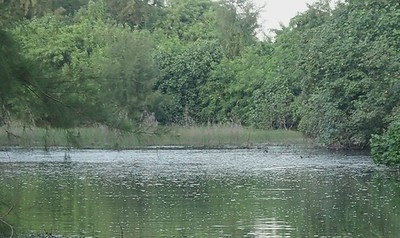 Kok Sheng also saw them yesterday.
Our recreational shores are cleaned daily. So on an untouched shore like this one, the build up of floating trash is clearer. Among the most common items in the trash were single use water cups - which are served on ferries. Ferries that pass by this shore are not provided with trash collection at Tanah Merah Ferry Terminal. 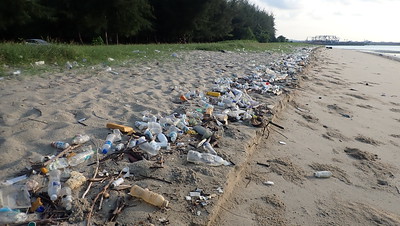 Photos of the survey today


Photos of the survey of the same shore done yesterday