Thanks to Subaraj and Con Foley, I got a ride into the 'Lost Coast' on a beautiful blue-sky day. This enormous reclaimed area at Changi East is stunningly wild! 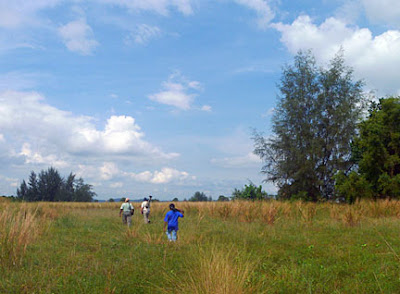 And it was really nice to visit without going through another Death March!

Subaraj and Con Foley regularly visit this shore to document the shorebirds and seabirds there. 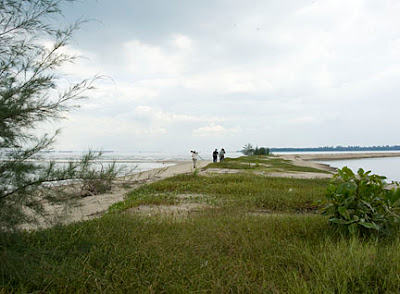 There's a huge snail-ringed lagoon here, now full of shorebirds as the migratory season has started. 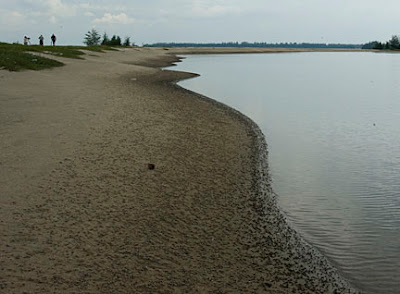 One of the rare birds on this shore is the Malayan plover (Charadrius peronii) which is resident in Singapore and probably lays its eggs at Changi East. I've also seen this bird at nearby Tanah Merah's oil-slicked shores. There were lots of huge Horn-eyed ghost crabs (Ocypode cerathopthalmus) on the shore too. The Malayan plovers were hardly bigger than the crabs, and also moved quickly like the crabs. I kept focusing on crabs instead of birds!

Con Foley takes super awesome photos! Have a look at them on his website! 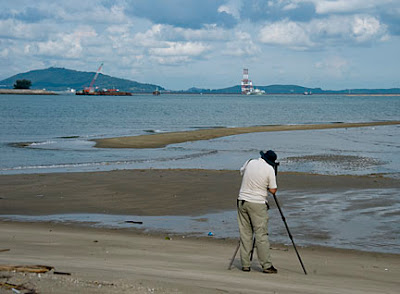 There's lots of other birds on the sand bar too. 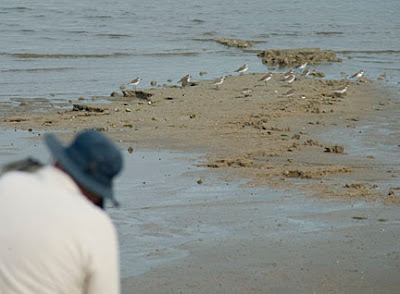 They were not-so-rare plovers. Subaraj did tell me but the name has slipped off my non-bird mind.

As usual, all kinds of tantalizingly rare and wondrous shells are washed up on the shore! 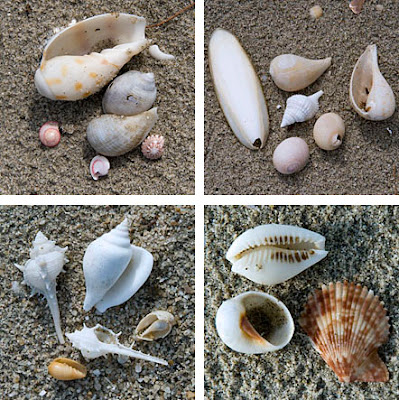 It was a joy to explore the shore with Subaraj, Sham and their delightful boys. We saw lots and lots of Land hermit crabs (Coenobita sp.) all over the shore! The crabs were not very shy! 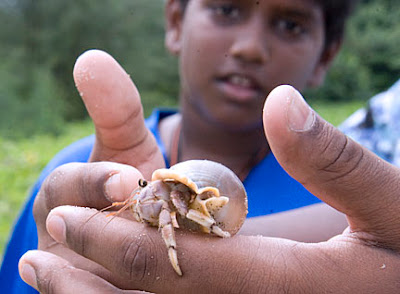 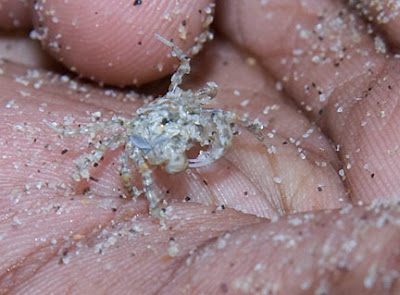 And some Cake sand dollars (Arachnoides placenta) both living and dead. 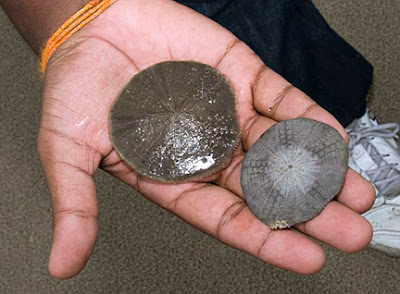 While the men were doing their serious work, I trekked a bit to the spot where I last saw the Critically Endangered Mentigi (Pemphis acidula) here. Alas, as earlier reported by Andy, the area has indeed been filled up and I couldn't find the Pemphis anymore. What a pity, as it would probably have been our only mainland Pemphis. 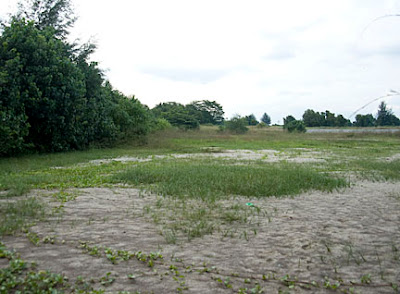 As usual, there's some litter accumulating on the shore. But not a great deal. 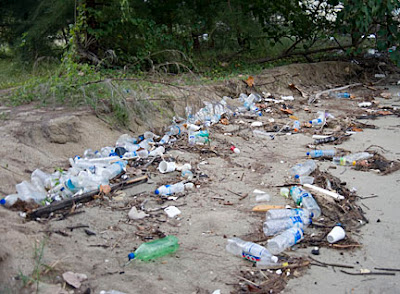 I also had a look at the work being done on the seawalls there. 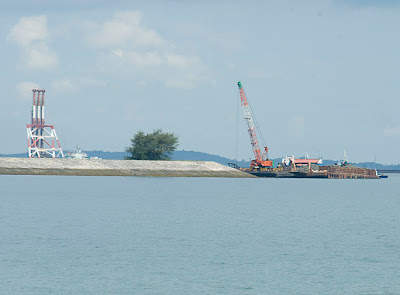 Let's hope these don't seriously impact the amazing shores found here. Thanks to Subaraj, Sham and Con Foley for a lovely trip to the Lost Coast!

Before I joined Subaraj and his team, I had a quick look at the mangrove seeds washed up on the shore at Changi beach. The flood of seedlings seems to have eased off today. There's lots of sticks, but few fresh seedlings. I hardly found any rare ones in good condition. 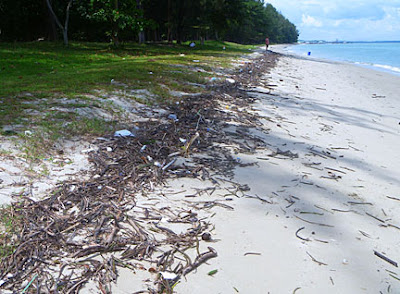 Last week, I had a much more productive session on the shore. The tide was really high, and lots of stuff was being pushed up the beach. 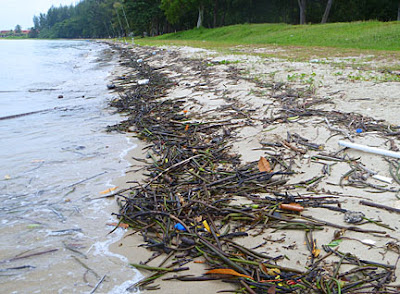 In the water, lots more lining up. I continue to be fascinated by how the seedlings 'stand up' in deep water! 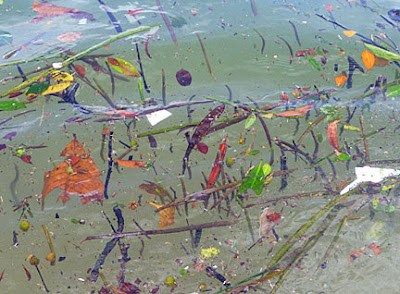 Last week, I managed quite a good harvest of some rarer seedlings: lots of curly Lenggadai (Bruguiera parviflora), a few short fat ones which might be Tumu (Bruguiera gymnorrhiza), many bright green pointy tipped Pisang-pisang (Kandelia candel) and a bunch of Tengar (Ceriops sp.). There were also still lots of Tumu berau (Bruguiera sexangula) on the shore. 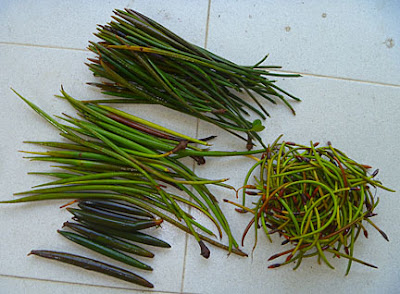