A reef has settled at a seawall on the other side of Tanah Merah Ferry Terminal next to the East Coast PCN. While one of our nicest seagrass patches is growing at the mouth of a canal here. 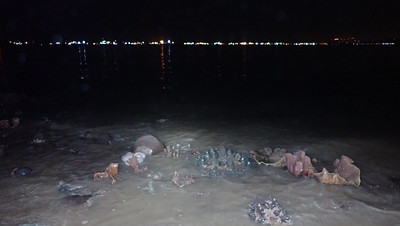 We surveyed this shore as well as the nearby shore opposite East Coast NSRCC.

Similar to my last survey in May 2021, I saw a good variety of corals and I didn't see any that were bleaching. Most seemed very healthy, although a few had large dead patches. Most of the corals were those commonly seen on our shores: delicate folded Disk corals, squat Pore boulder corals and Anemone corals, and other boulder shaped Merulinid corals. But I also saw some less commonly seen ones like Cauliflower coral. Kok Sheng checked out the seawall near the Adventure Centre and found lots of corals too. 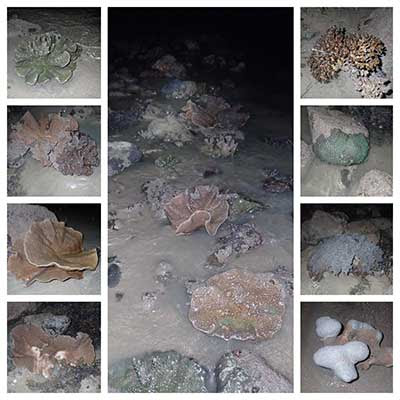 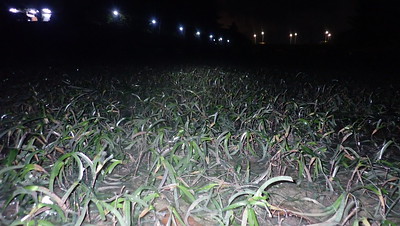 Seagrasses provide shelter for small marinelife. Today, I saw a juvenile Batfish, a Variable fang-blenny and a Filefish. 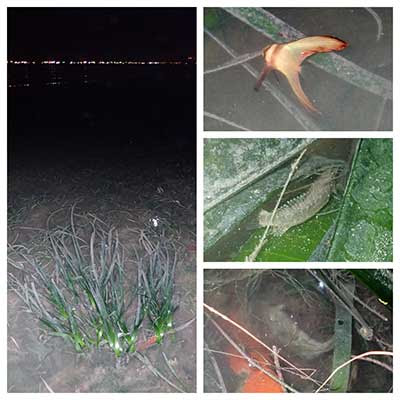 The rest of the team encountered a young python! Che Cheng also saw a large Knobbly sea star.
Just in front of NSRCC East Coast, there is a huge sand bar full of sand dollars and snails. Seagrasses are also growing lush here with fishes and crabs. These have all taken root naturally, without any human planting. I had a quick look before the tide turned at sunrise. 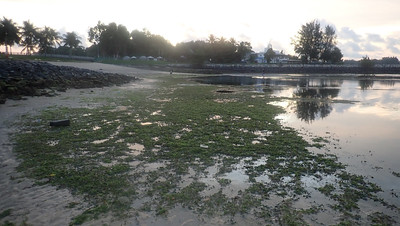 Seagrass meadows have also taken over the area nearer the canal. This is only exposed at much lower tides, which happened today after sunset. There are patches of dense Spoon seagrass with large leaves, and Needle seagrass with broad leaves and narrow leaves. For the first time here, I also saw some Tape seagrass with a few but long leaves. My last look at this shore was in Nov 2020. It was nice to a young Knobbly sea star here today. As well as some commonly seen seagrass critters. 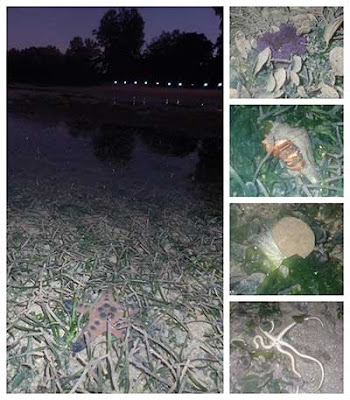 The sand bar seems a little shorter than it used to be. But it is still teeming with life. The most abundant animal visible on the sand bar are Cake sand dollars. They dot the sand in the hundreds. There were also small patches of living Button snails, just beneath the sand surface, leaving typical dots on the sand. I also saw some Painted sand stars, lots of Weasel olive snails, and common Moon snails. 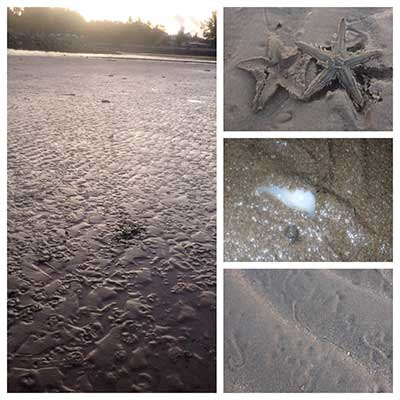 A couple was collecting a lrage number of Grey bonnet snails and Moon snails on the sand bar in a pail. I asked what she planned to do with them. She said she was going to take photos of them and then return them to the shore. I asked and she said she was not going to eat them. 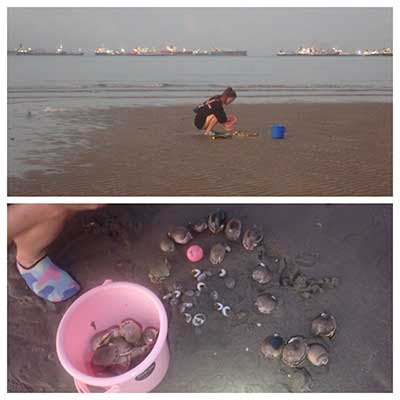 There are quite a lot of golf balls all over the shore. 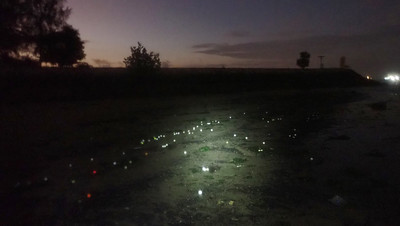 Where did these corals come from?

The babies of these corals are from Singapore reefs! This chart shared in the Long-Term Plan Review shows coral larvae (babies) dispersal in our waters from mass coral spawning. This highlights the importance of protecting our 'mother reefs' so that they can continue to produce babies that settle all along our shoreline.

What is the fate of these shores?

These shores lie west of Tanah Merah Ferry Terminal and are slated for massive reclamation outlined recently in the Long-Term Plan Review. 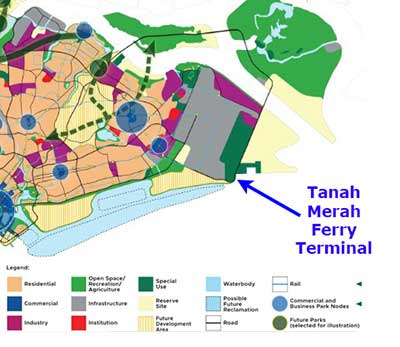 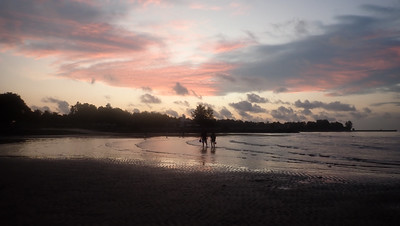 Check out the awesome videos highlighting these themes in Oceans Reimagined created by Nathaniel Soon of Our Seas Our Legacy.
The Singapore Blue Plan 2018

See these and other East Coast shores for yourself