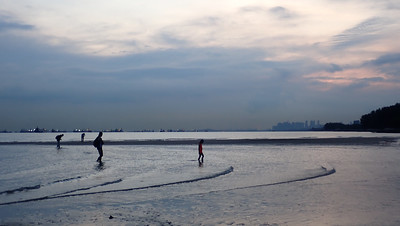 Just in front of NSRCC East Coast, there is a huge sand bar full of sand dollars and snails. Seagrasses are also growing lush here with fishes and crabs. These have all taken root naturally, without any human planting.

I arrived early and a portion of the huge sand bar was already exposed. The most abundant animal visible on the sand bar are Cake sand dollars. They dot the sand in the hundreds! 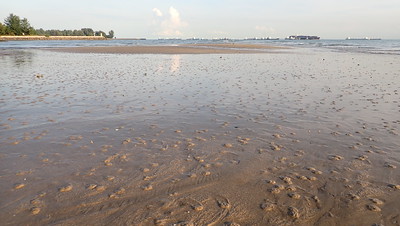 A living Cake sand dollar is purplish brown, covered with fine hairs. When it dies, all the hairs fall off leaving a white skeleton. Buried living sand dollars often leave circle of 5 holes on the surface of the sand. Sand dollars can move! Using their fine hairs, leaving a trail on the sand surface. I also saw a the skeleton of the less commonly seen Thick edged sand dollar that was so long dead that a sponge and seaweeds were growing on it. 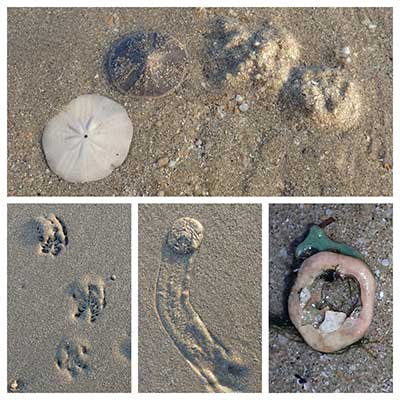 Most animals on the sand bar are buried, leaving tell tale signs on the surface. Little sand balls on the shore are created by Sand bubbler crabs: big balls from digging out their burrows, and smaller balls after they process sand for edible bits. They create a 'rosette' of sand to seal up their burrow against the incoming tide. The crab itself is tiny and resembles a ball of sand! 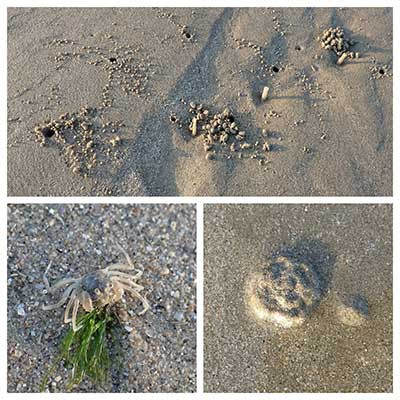 Many animals are buried in the sand. There were many Straw tubeworms on the shore. Washed up, were many broken pieces of their tubes. Acorn worms deposit coils of 'processed sand' on the surface while the long worm remains buried. 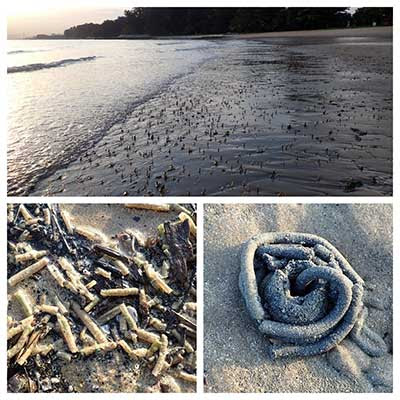 Richard spotted a Fig snail! It is rarely seen in Singapore because sandy shores that they prefer are rare. Apparently, they eat worms.
It was great to see small patches of living Button snails. These snails are often just beneath the sand surface, leaving typical dots on the sand. You can gently reveal the snails, then cover them back again after having a brief look. 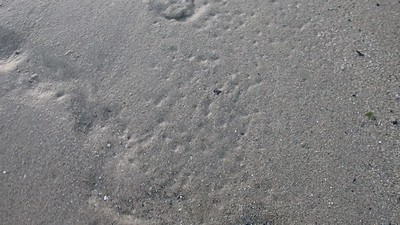 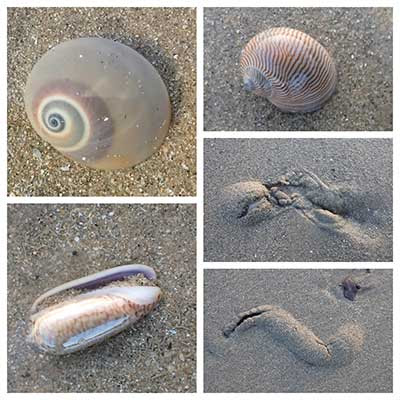 There are lots of tiny Tidal hermit crabs, and a few bigger Orange-striped hermit crabs. They leave typical tracks on the sand that resembles a zipper. Inside the medium to large shells occupied by hermit crabs, there are white Flat slipper snails, and sometimes, even tiny porcelain crabs. It was nice surprise to see a Land hermit crab on the high shore. These crabs are usually rare on the mainland as they are 'cleaned up' and disposed together with the trash that washes up on the high tide line. The structure of the sand bar and the situation there seems similar to our last survey in Feb 2019. 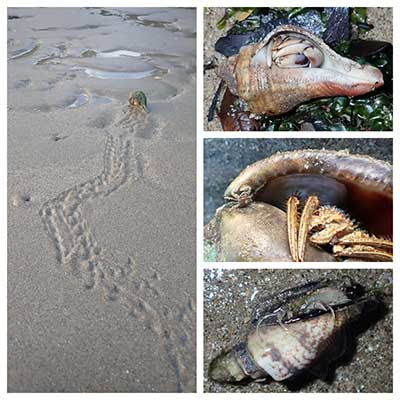 Seagrass meadows have also taken over the area nearer the canal. This is only exposed at much lower tides, which happened today after sunset. There are patches of dense Spoon seagrass with large leaves, and Needle seagrass with broad leaves. I didn't see other species today. 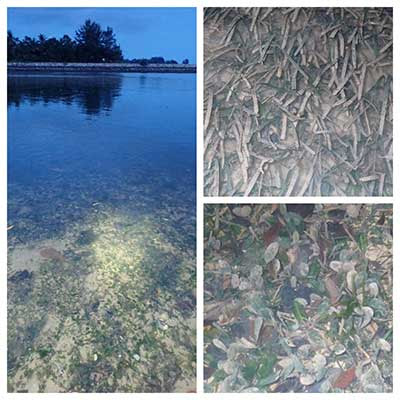 It was challenging to survey the seagrass in the dark. But I got glimpses of a seagrass pipefish, a goby and a rabbitfish! There were also lots of small swimming crabs, a few tiny carpet anemones. There were a few Little red sea cucumbers sparsely distributed among the seagrasses. The only Pink warty sea cucumbers I saw were on the sand bar clinging to tubeworm tubes. I saw more animals during a lower tide in daylight in Feb 2019. 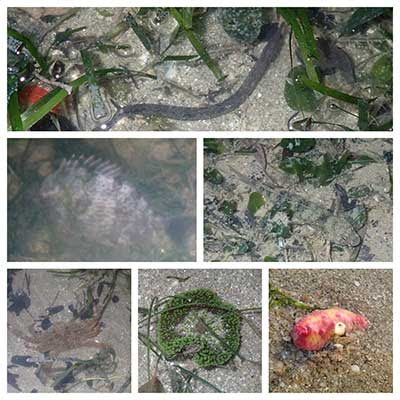 Today, there was only one man and child on the shore during the low tide. Nice to see them taking time to explore the beach. These precious memories will stay with young ones long after they have grown up. 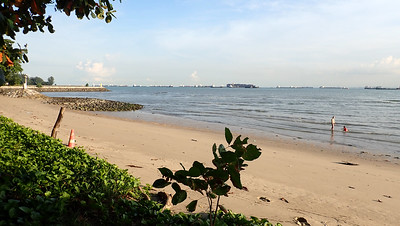 Other surveys on this date

Vincent Choo was at Punggol