We survey Small Sisters Island on a moonlit morning. 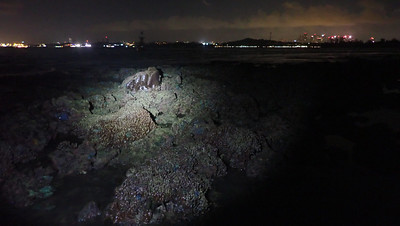 These living shores lies a few minutes from the City Centre, lighted up on the right of the photo.

There are and have never been a lot of hard corals on the intertidal of this shore. Today, I saw many well formed colonies of common boulder shaped corals. Including some very large colonies at the reef edge. I didn't see any mass coral bleaching. 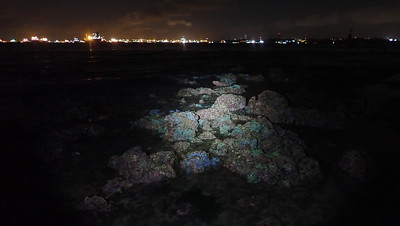 It was nice to see the usual animals found in reefs. Like large Barrel sponges and other sponges, and a Leathery sea fan. The rest of the team saw Red feather stars and also Brown feather stars. But we didn't see or any Giant clams today. 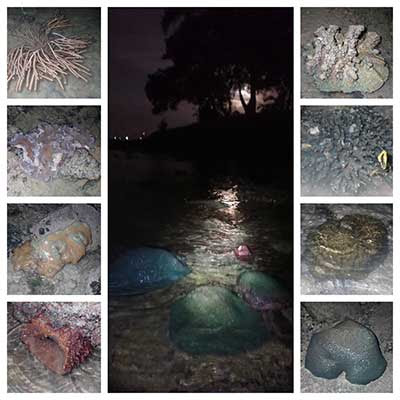 Near the jetty, there were many colonies of healthy Cauliflower coral. There were tiny colonies in the lower shores, and larger ones near the mid water mark that were doing well. Colonies on the highest water mark had many dead portions. 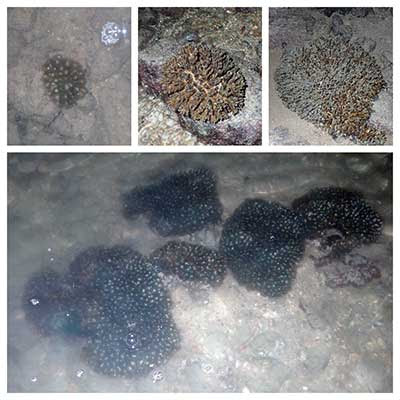 On a night trip, it is easier to spot fishes (though difficult to photograph them). I saw a small shark at the reef edge but couldn't take a photo of it. In pools left behind by the tide, I saw a school of Lined eeltail catfishes. There were also damselfishes like the Bengal sergeants, lots of little gobies and on the water surface, there were many Halfbeaks. I also saw a small Fringe-eyed flathead. There were not many Silversides today. 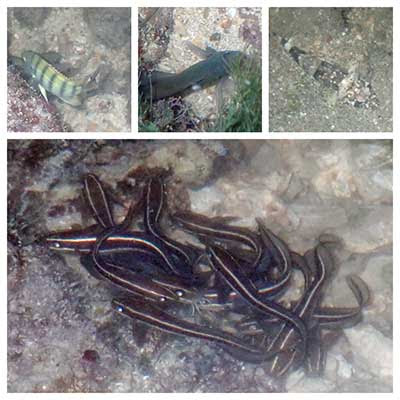 At night, the octopuses are also more active. As well as the wide variety of crabs common on these shores. The Sally Lightfoot crabs were literally leaping among the rocks! Also common were flatworms and nudibranch. I only saw the common ones, the rest of the team saw lots more. 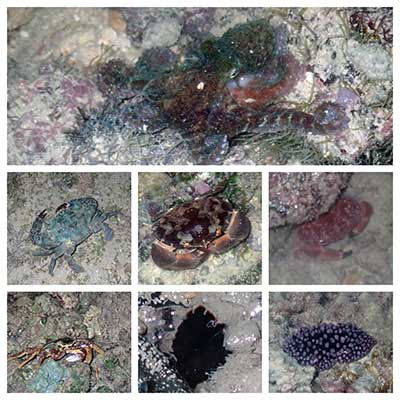 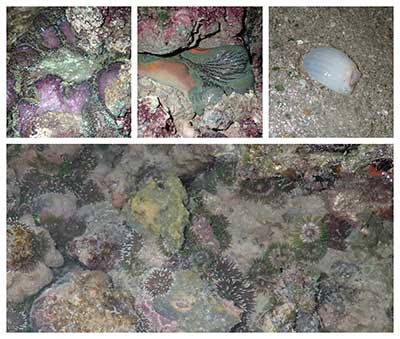 The rest of the team spotted anemonefishes in some of the Giant carpet anemones.
The first sighting when we arrived was a Reticulated python! Unfortunately, I didn't hear the Spotted wood owl at sunrise, as I usually do on our surveys. Perhaps the current construction going on has disturbed them.
On the shore, I saw this piece of large construction trash. 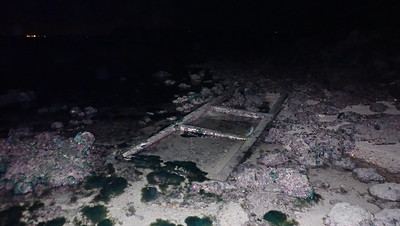 The two Sisters Islands are now designated as a Marine Park and managed by NParks. Both are now closed until Mar 2024 for enhancement works. Our survey today was done with permission from NParks. More about the Sisters' Islands Marine Park on the blog and facebook page. 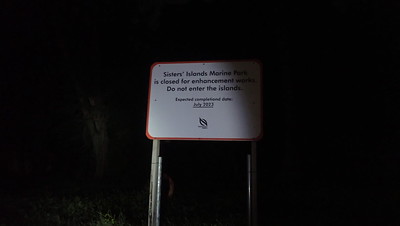 
Others on this survey: Tang Yong Jen, Vincent Choo
Posted by Ria Tan at 1:32 PM