Seagrasses are growing inside a canal at East Coast Park! Corals are growing near the seawalls at the mouth of the canal. 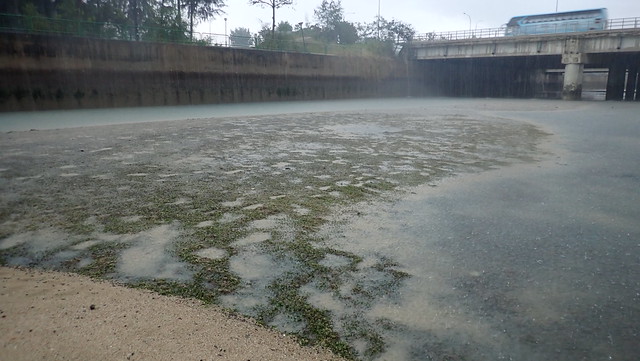 A small team have a look at these shores in constant rain and find good seagrass growths and other interesting marine life.


Inside the canal, a clump of Tape seagrass with long leaf blades! There were also lots of Spoon seagrass patches along the 'banks' of the sandy areas in the canal. 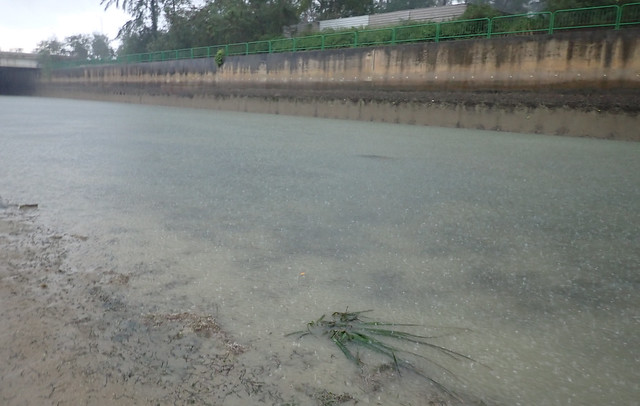 It was blooming with female flowers! Kelvin later on found another clump of Tape seagrass with male flower bracts. 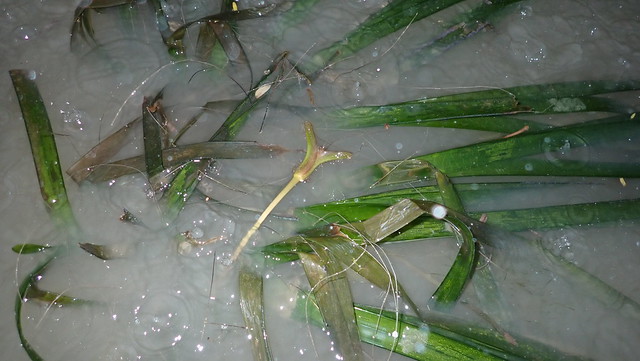 There are also several clumps of Tape seagrass with long leaf blades in deeper water further towards the sea. 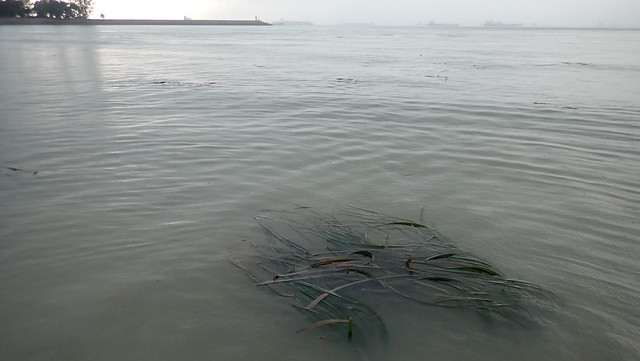 But the mouth of the canal appears sandier with less seagrasses near the mouth and a higher and larger patch of sand. 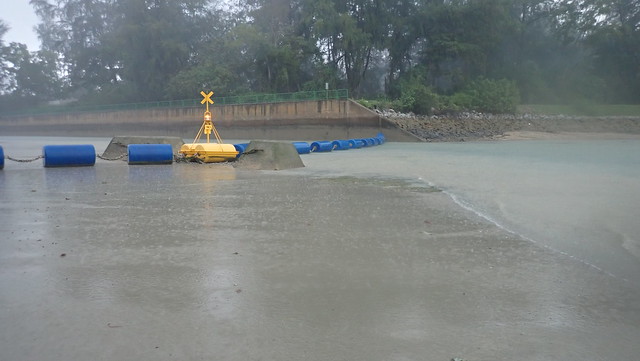 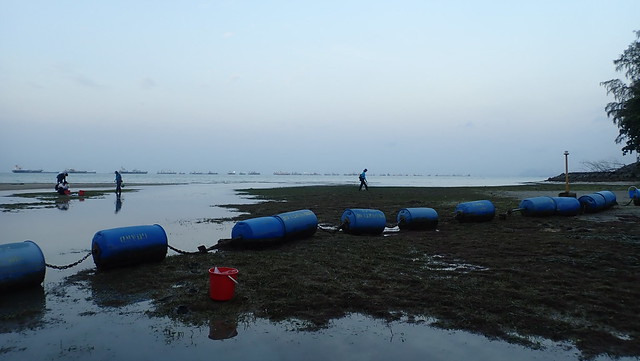 But there are still patches of dense, lush seagrasses at the mouth. It seems someone is doing some experiments here. I couldn't find any labels or information though. 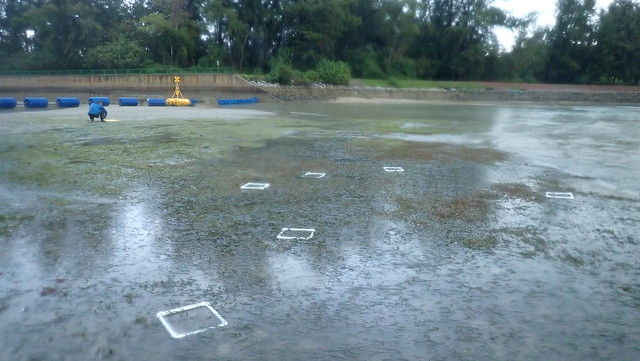 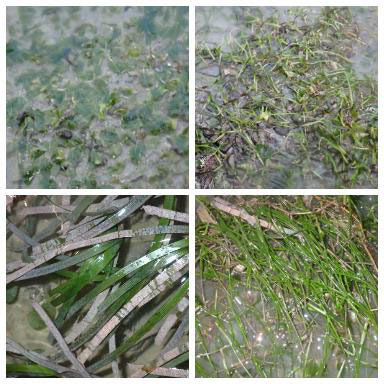 The water wasn't very low and with the rain, I decided not to cross the deeper part of the canal to get to the seawall. But Kelvin and Nick did. They saw corals, cowries, reef fishes. Here's more of what we saw on this shore during a lower and less rainy survey in Aug 2019. 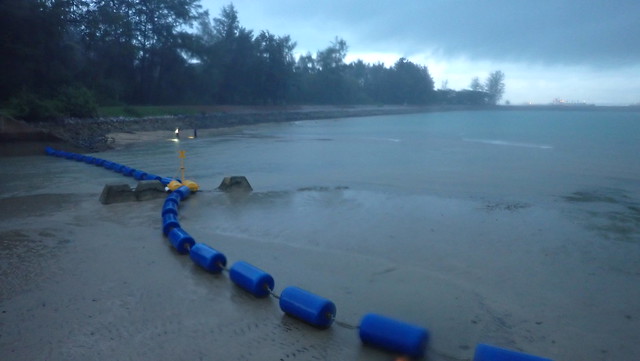 Here's what Kelvin Yong saw on the other side!
Alas, also Kelvin also saw some bubu fish traps. He also saw some abandoned crab traps under the bridge.
In the Draft Master Plan 2019 that affects our Eastern shores, plans for 'Changi City' may impact corals reefs and seagrass meadows that have settled on the artificial shores at Tanah Merah and East Coast Park. This shore is probably already impacted by massive new reclamation, currently ongoing. But such plans may also be an opportunity to incorporate and nurture the amazing marine life that is already found there. 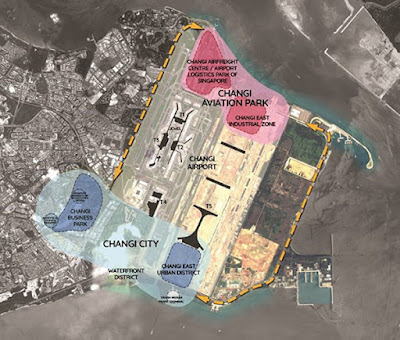 Natural regeneration on Singapore's artificial shores and structures is already happening now. Unintentionally, with zero replanting. Recently announced plans for more reclamation in response to rising seas is a great opportunity to build shore structures that allow marine life to settle and grow.  Can we plan coastal works to allow reefs, mangroves and seagrasses to naturally regenerate? Naturalise canals leading to the sea for a continuum of freshwater wetlands to mangroves? Imagine what's possible! Reefs and natural marine ecosystems at our doorstep, for all in the City to enjoy. More about this idea in my feedback to the Draft Master Plan 2013.