This Changi shore is one of the nicest, with seagrass meadows and amazing marine life. Today, we saw two huge hovercrafts land on the beach, narrowly skirting the meadows. 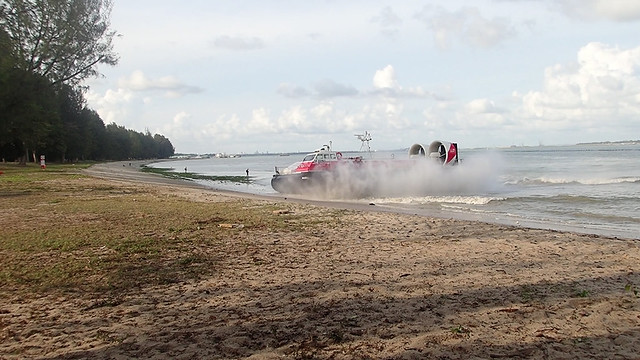 This shore is still dominated by mussels, so our usual favourite sea stars and friends are scarce. I also saw fish traps, and people harvesting on the shore. But the seagrasses are still lush and lively with clams and small creatures. 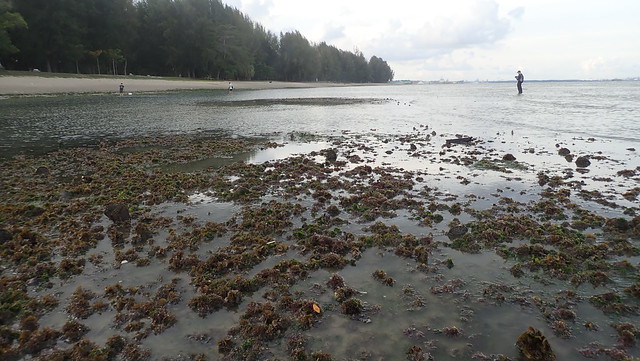 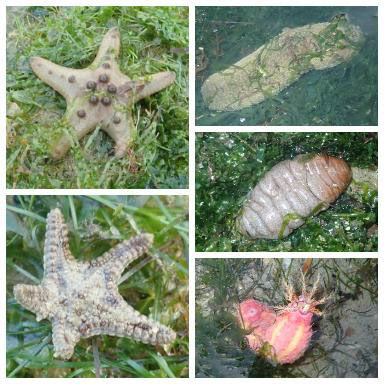 But the shore is still lively with lots of Orange striped hermit crabs. The abundant clams provide a hard surface for other animals to cling on like the Big hermit hitching anemone and other clams. 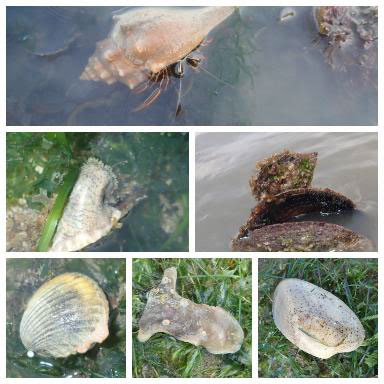 Despite the takeover by the Horse mussels, seagrasses are still growing well on this shore. Nearer the high shore, there were dense growths of Spoon seagrass with large leaves, and Needle seagrass with narrow leaves, and a scattering of Fern seagrass. 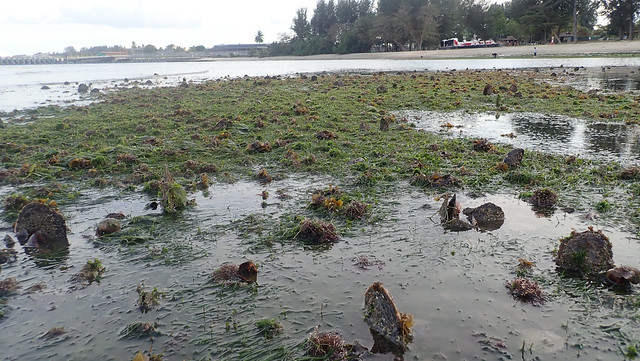 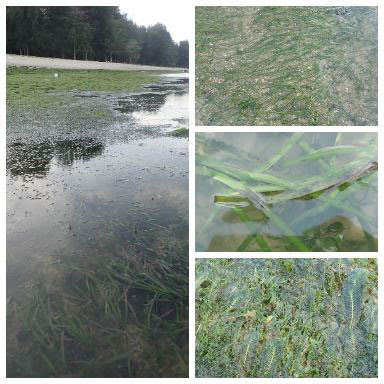 A wide variety of mangrove seedlings continue to wash up on this shore. 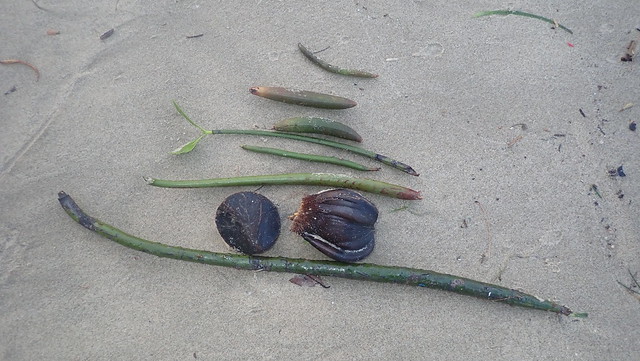 It was quite disconcerting to see two large hovercrafts churn up the water and sand as they landed on Changi beach, quite close to the seagrass meadows. I'm not sure if the area where they parked is used by sea turtles to lay eggs? I also wonder why they have to do this at low spring tide. Wouldn't the impact be reduced if they do this at a  higher tide? 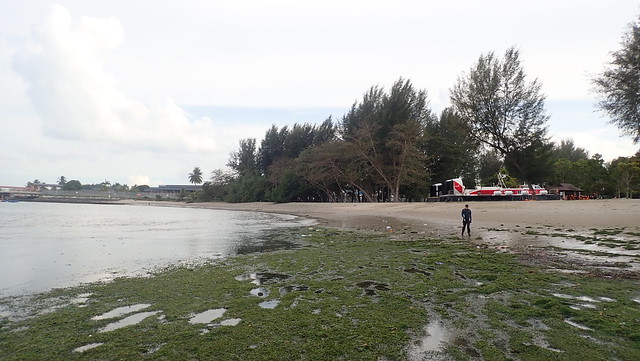 Here's a video of what I saw when the hovercrafts landed and departed the shore. On the Changi Airport Group website on airport emergency: "In line with ICAO's recommendation to deal with aircraft crashes in the waters surrounding the airport, AES is equipped with sea rescue capabilities. It has a fleet of emergency resources based in a Sea Rescue Base off the waters of Changi Airport. Operating highly specialised emergency vessels and equipment in the event of aircraft incidents out at sea, the Sea Rescue Base is also the only hovercraft operator in Singapore." 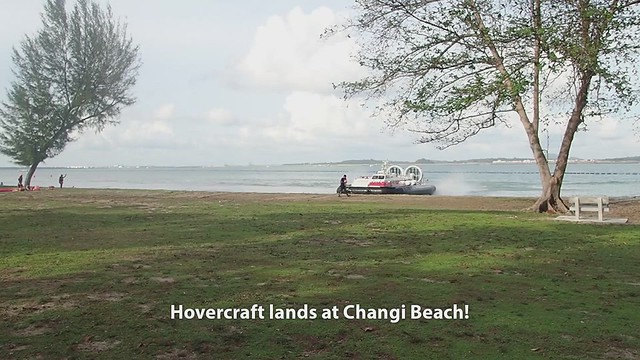 The hovercraft were travelling close to the shoreline, approximately along the orange line between the line of floating blue drums (pink dots) and the shore line. They landed near the toilet at Changi Carpark 7. On our way home, we saw them berthed at what we call the Vopak Jetty at Changi Carpark 5 next to the SAF Jetty. 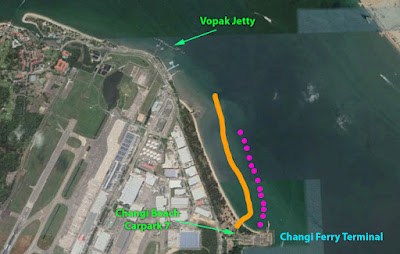 Other activities impacting the shore included a series of 4 fish traps laid on the shore. I checked and there didn't seem to be any animals in the traps. 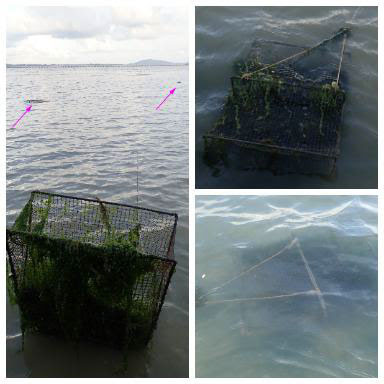 Two people were also harvesting on the shore, dragging basket/box behind them. They seems to be picking up Window pane shells and other clams. 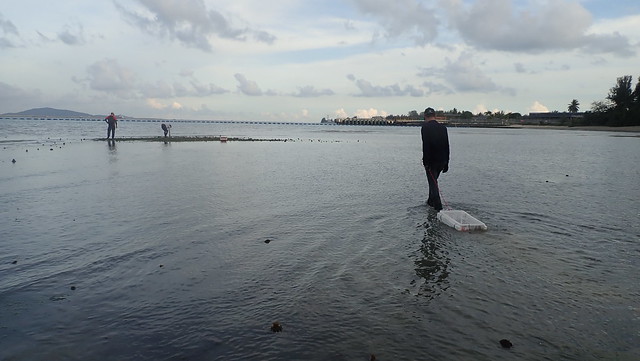 Massive reclamation on Pulau Tekong opposite the Changi shore is also ongoing. 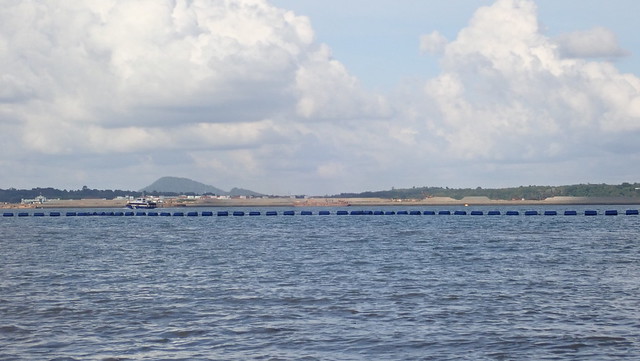 Changi shores are rich and easy for ordinary people to visit and appreciate. I do hope the shores will remain lively despite the many pressures that they face.