Clams have taken over most of a stretch of Changi beach, forming a dense firm mat. 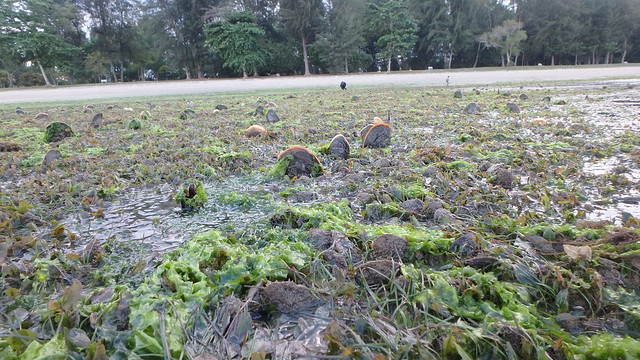 There is also suddenly a lot of Fan shell clams, as well as Window pane shells. But there is still good seagrass cover, and some of the usual animals are still abundant.

It was alarming to see that much of the shore has been taken over by these clams. I don't know the identity of the clam, but I have seen this before on some of our other shores, though not in such dense mats. These do not look like the invasive clams that took over at Kranji. 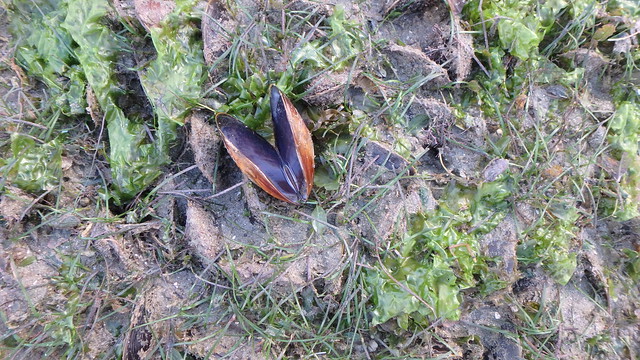 Here's a video of the extent of the clams. I'm not really sure what is happening. 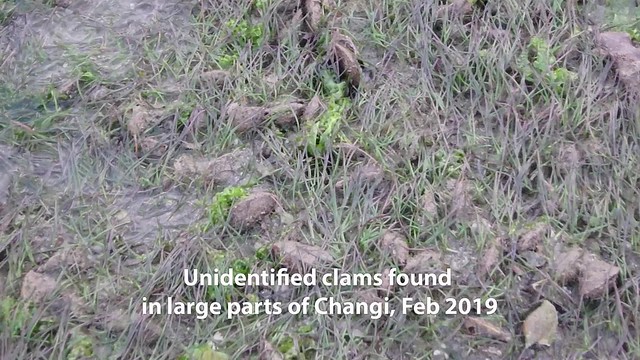 There is suddenly also a lot of Fan shell clams, similar in size, so perhaps of the same age? 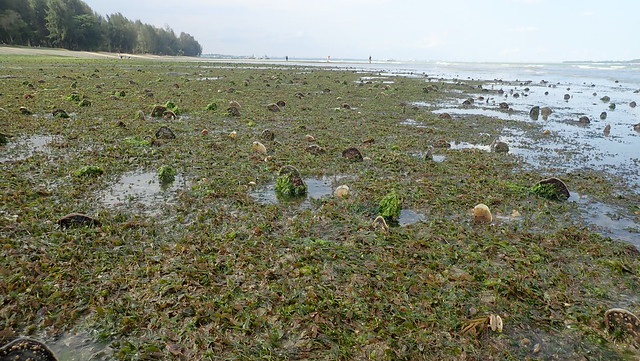 Here's a video of the Fan shell clams. 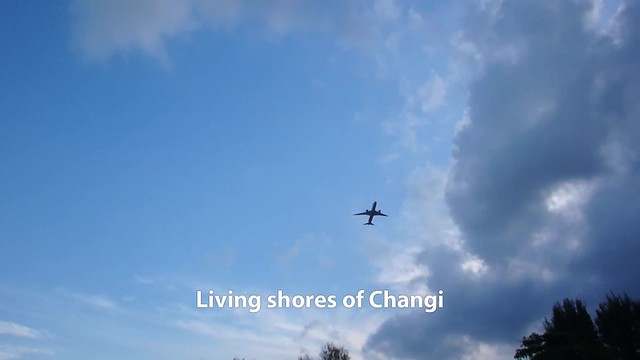 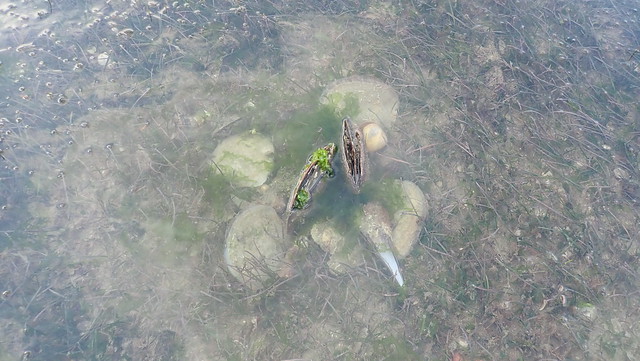 I also saw a few other clams that I don't often see. There were also many Hammer oysters. 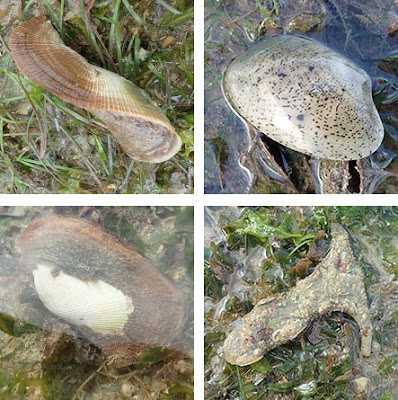 There were also many snails. I saw several Noble volutes, some Gong gong and Black lipped conch, one Miliaris cowrie. Kelvin spotted the empty shell of a Baler snail, we saw a live one here on our last survey in Aug 2018. There were lots of egg capsules including some sand collars. I didn't see any live Babylon snails, but did see a shell occupied by a hermit crab. 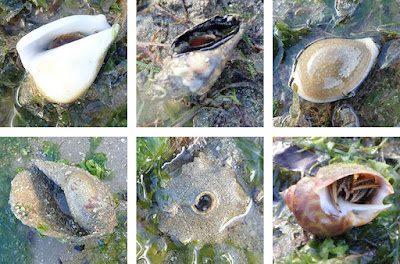 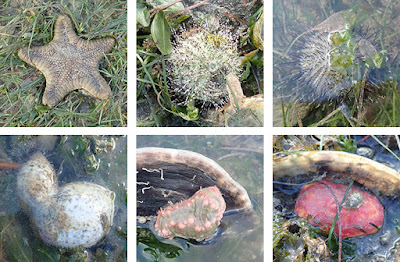 Jianlin saw a large Knobbly sea star.
There were also many Haddon's carpet anemones and I saw one Geographic sea hare. Here's a clip of some of the marine life on the shore. 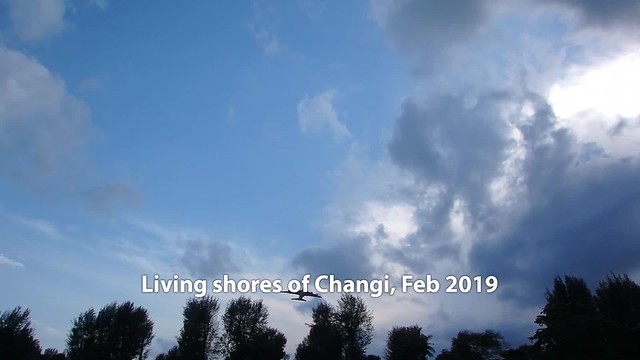 When we see a leaf or shell or debris 'walking' around, it usually means there's a Leaf porter crab under it! 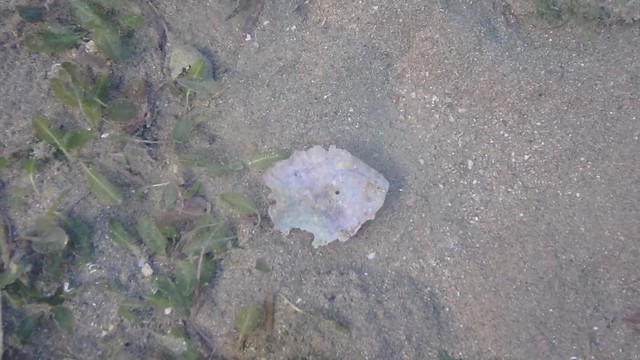 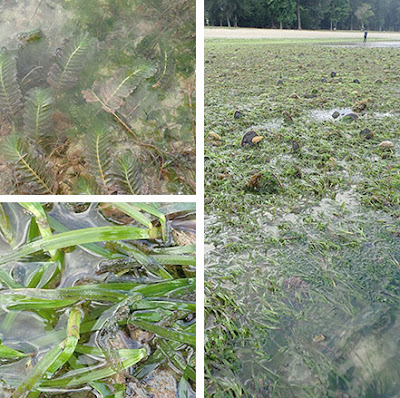 There were a few people on the shore with plastic bags collecting marine life. We did not come across any traps or nets. 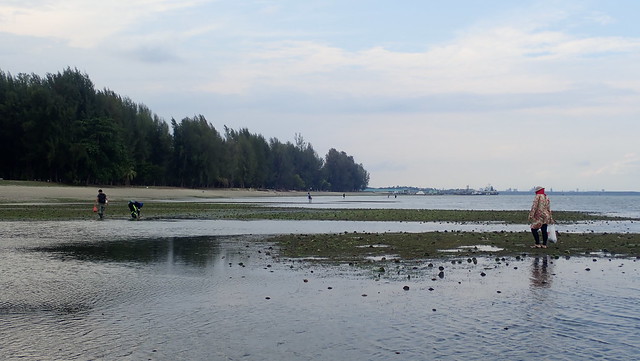 How strange to see lots of golf balls here. 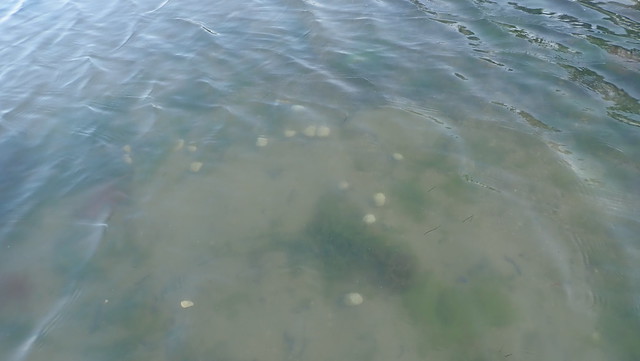 The high shore is cleaned every day so there isn't much litter. As usual, many mangrove seedlings wash up here, including some rarer species. 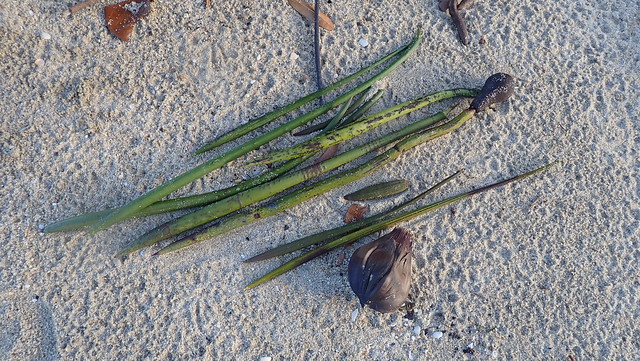 This Changi shore can change very drastically between our surveys. I hope it remains safe until we can return again.