When lizards hug, what does it mean?

These monitor lizards are NOT mating! 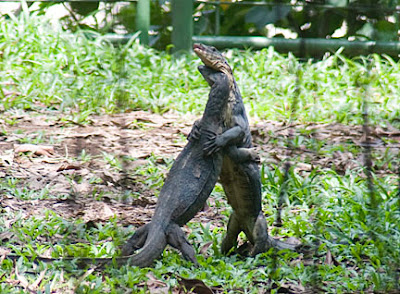 Although they appear to be hugging each other lovingly, the truth is far from it!

This is actually a pair of male Malayan water monitors (Varanus salvator) and they are wrestling one another. Each tries to push the other onto the ground. Uh oh, the one on the right seems to be losing his grip on the ground. But his tail saves the day, for now. 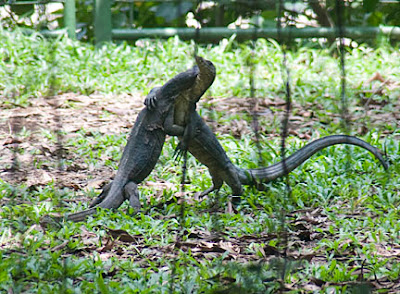 As I tried to get a closer look at them, the lizards suddenly noticed me. Hostilities are halted as they froze and looked me over warily. Without losing grip on one another. I snuck quietly away to let them sort it out privately. Marcus has awesome photos and a post about how male monitor lizards wrestle with one another. 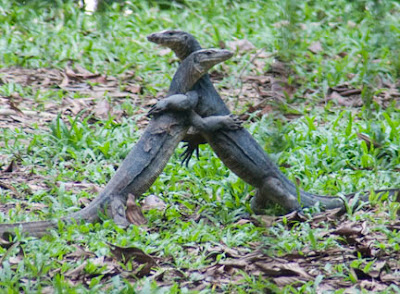 I was actually at Pasir Ris to look for signs of 'thousands of dead fishes' along Sungei Tampines. As I skulked along the river bank I met another small monitor lizard. 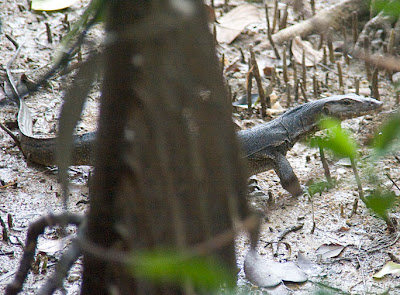 There were lots of egrets (white birds) and herons (dark birds) hanging about on branches and trees. 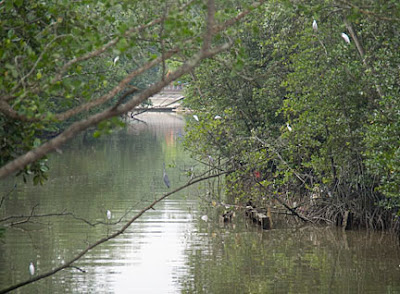 From the cycling track, I could see the many nests made by the herons in this area. It's amazing to see such wildlife activity so close to a literally roaring amusement centre and hoards of pedestrian and bicycle traffic. 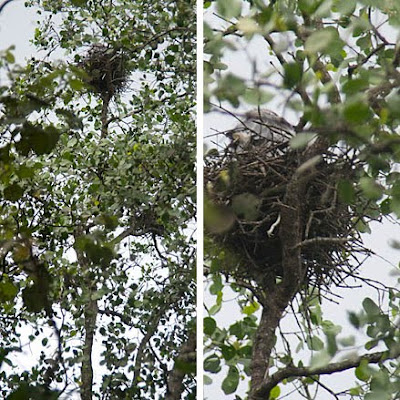 There was a pair of men fishing from the granite pile at the beginning of the mangroves on Sungei Tampines. 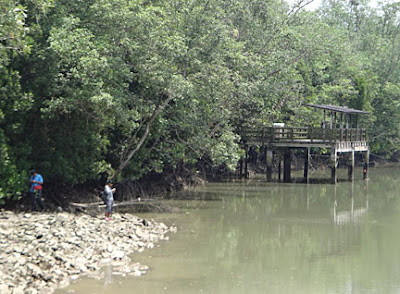 Here's a view of the western bank of Sungei Tampines in the distance which I did the last time I looked for thousands of dead fishes at Sungei Api Api. Just as on that previous trip, the trees on the eastern bank are also suffering from erosion. 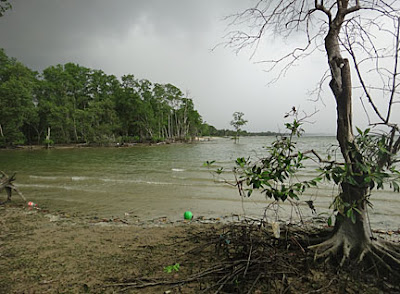 Just as I finished looking at the east bank and a bit of the beach, the heavens opened up and sheets of rain and lightning fell. The toilet is a great place to take shelter. 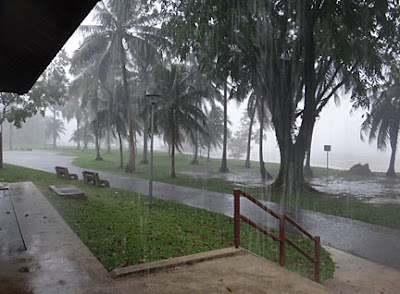 When the rain and lightning eased, I headed back. And had a quick look at the Lenggadai (Bruguiera parviflora) and it was flowering! This mangrove tree is rather rare but can be easily observed from the bridge across Sungei Tampines. 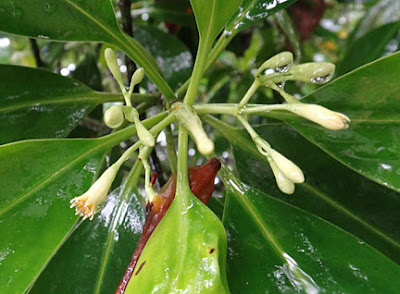 A last look from the jetty at the mangrove boardwalk and the monitor lizard we saw on the dead tree during the last two Naked Hermit Crab guided walks was still there! 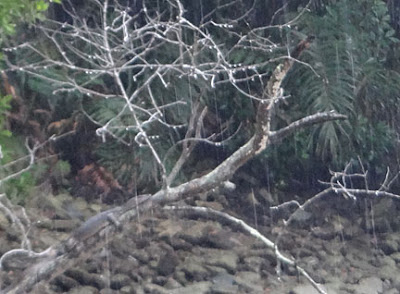 There's always something interesting going on at Pasir Ris mangroves!
Posted by Ria Tan at 8:14 PM