A glorious sunrise as we head out to Terumbu Bemban, a submerged reef off Pulau Semakau. The last time we were here in  Jun 2020 it was to check for mass coral bleaching. 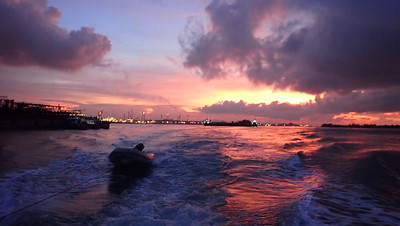 There is a small area here densely covered with hard corals. Healthy corals are usually brown. Indeed, I was relieved to see that this reefy stretch was alright, although there was one white bleaching coral on the reef edge in this photo. 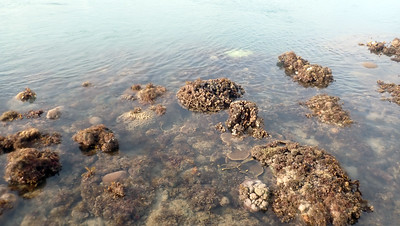 It was great to see a variety of hard corals. From commonly seen ones to those which are seldom seen on our shores. They come in all kinds of shapes and textures. Most I saw were alright. 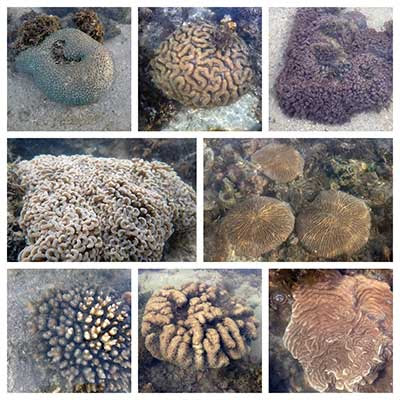 There are many leathery soft corals here and those I saw were all alright. 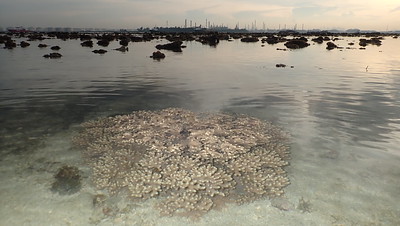 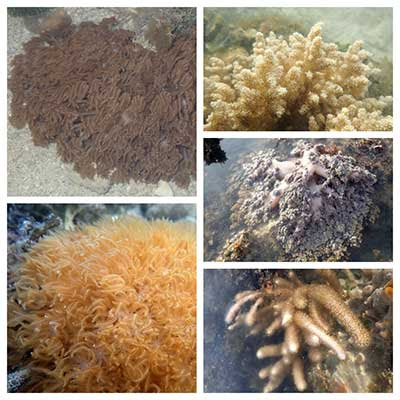 Wonderful reef fishes that I saw today included teeny tiny Clown anemonefishes in small carpet anemone (may be a Merten's carpet anemone - I couldn't get a look at its body column). There were also Tomato anemonefishes in a Bubble tip anemone. I also saw a juvenile Batfish that actually swam over to shelter next to my leg! As well as a tiny Copperband butterflyfish. 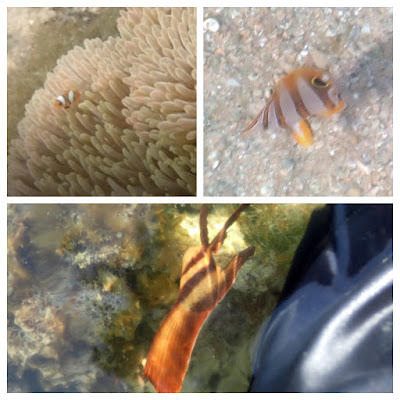 I saw one Spider conch, a common large snail on our reefs. As well as a Cushion sea star, which looks like a pincushion and looks more like a sea star on the underside, with its five radiating rows of tubefeet. I saw many pairs of Cheesecake nudibranchs (good job guys, keep on making new nudis!) and one Pimply nudibranch. Back at our boat, our skipper told us he saw several large sea turtles. 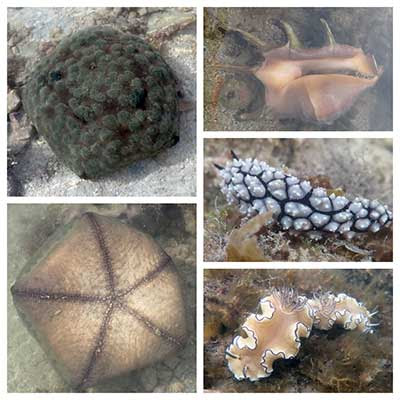 Russel spotted a large Fluted giant clam near the reef edge.
While Vincent found another much further away.
It was disturbing to see a bloom of what looks like cyanobacteria, forming a brown slimy layer over seaweeds on the reefy areas. There are sprinkles and scattered sparse patches of seagrasses on the shore. The seagrass situation seems similar to our last survey in Jun 2020 and Jun 2019. I saw a few clumps of Tape seagrass with long leaves, but most were cropped. There were also Spoon seagrasses, but I didn't come across Sickle seagrasses as I did last year. 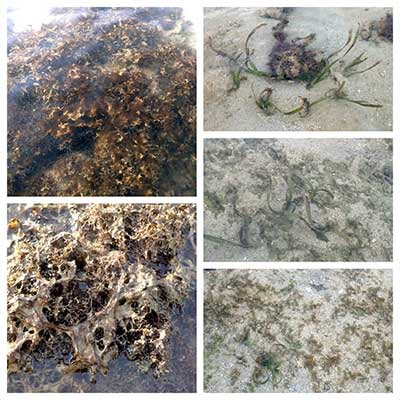 Near the reef edge, a pool of bare sand is probably the result of a boat striking the submerged reef at higher tide. 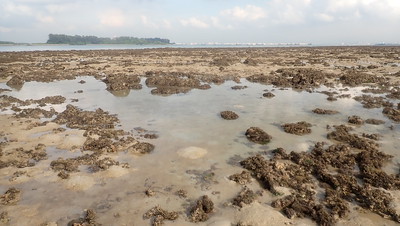 Later during our survey, a couple zoomed up and down the channel on a jet ski, occasionally stopping to fish with lines. 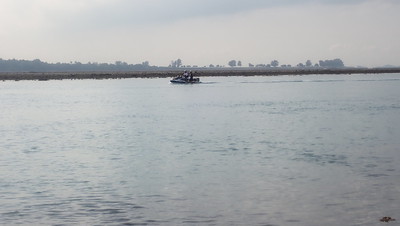 Terumbu Bemban is the western most submerged reef just before the Life Firing Islands. From here, we can see Pulau Bukom. The area nearby is now also used for a lot of ship anchoring.

As usual, a huge cloud of emissions has accumulated over the petrochemical plants on Pulau Bukom. The sunrise lights it up spectacularly. 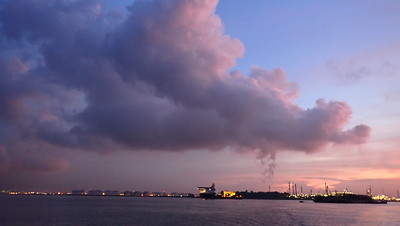 Although not directly slated for reclamation, large areas nearby are among the existing natural shores that may be impacted by the landuse plan by the Ministry of National Development released in Jan 2013 in response to the Populations White Paper with a 6.9 million population target. The dotted margined blue areas are "Possible Future Reclamation".

Singapore's submerged reefs are often out of sight under the high tide and thus forgotten. Let's hope Terumbu Bemban stays safe until we can visit again. 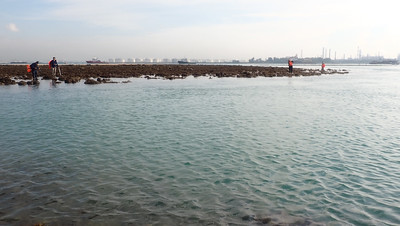 Photos by others on this survey
James Koh and on flickr