Dr Jani Tanzil alerted us that mass coral bleaching may have started on our shores since the second week of June. So we are on the look out for this at Terumbu Bemban. 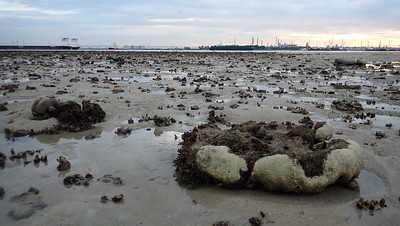 I surveyed a short stretch of reef edge facing Beting Bemban Besar which has some dense coral patches. Today, I estimate about 2% of the hard corals that I saw are outright bleaching, with an additional 20% showing stress (paler than usual or with bleaching portions) or with recently dead patches. But many corals were doing alright with no pale or bleaching portions. The situation wasn't as bad as what I saw during mass coral bleaching in 2010. 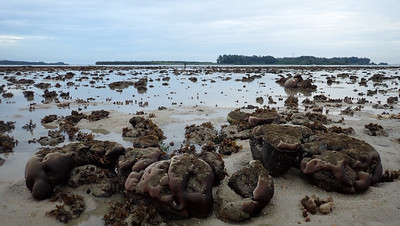 On the reef edge, most of the corals seemed alright. Although in some sections, there were more colonies that were bleaching. 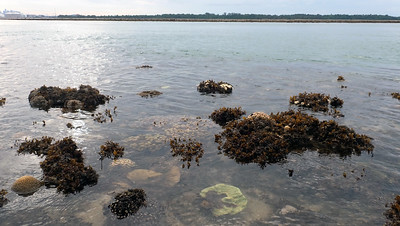 There is a good variety of hard corals in some parts of this small shore. Most of them seemed alright. 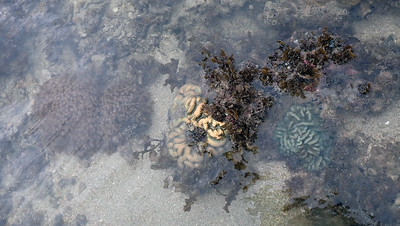 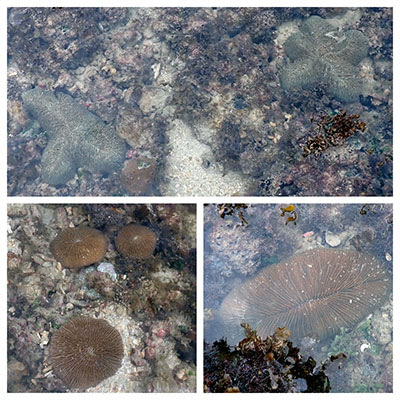 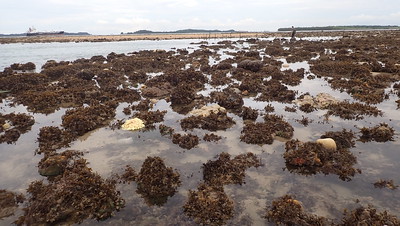 Only a few of the Leathery soft corals that I saw were bleaching or highly stressed. Most seemed alright. 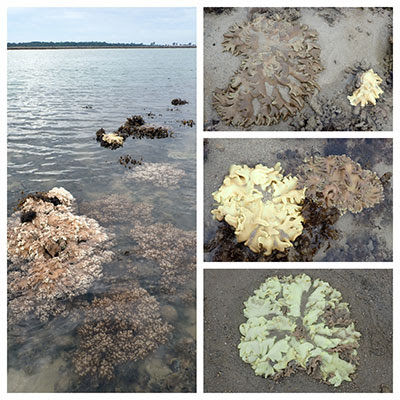 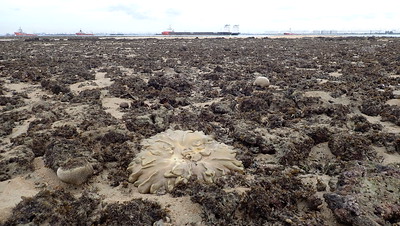 In large clusters of leathery soft corals, only small portions were very pale. 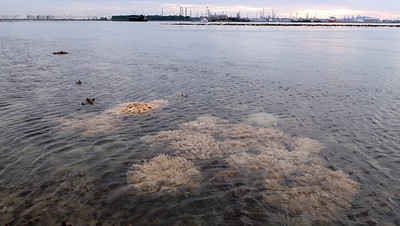 Most of the anemones I saw were alright: Giant carpet anemone, Frilly anemones, Wiggly star anemone, Fire anemone retracted into the sand on the high water mark. Except for some Bubble tip anemones at the reef edge and one Smooth frilly anemone which were bleaching. I only saw one small cluster of bleaching zoanthids, other large patches I saw of various kinds were alright. 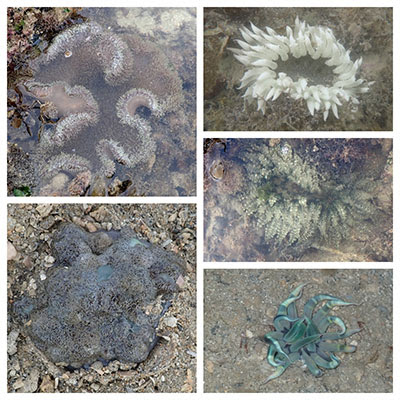 Here's a compilation of some of the hard corals I saw, with a ruler for further study by others.
Kelvin also found two Fluted giant clams. Here's one of them. Giant clams can also suffer from bleaching, so it was good to see that this one seemed alright. 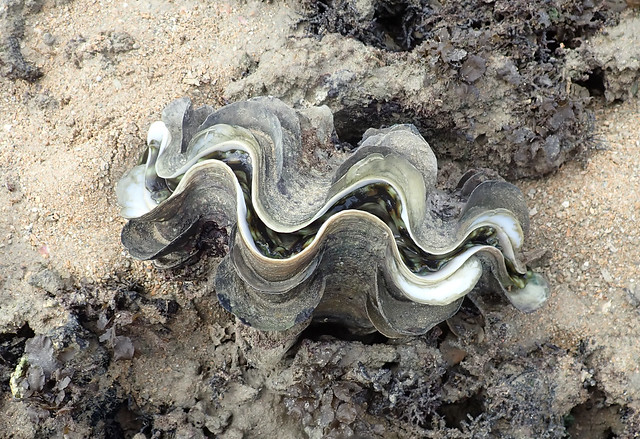 It was a little disturbing to see some sponges with large 'melted' grey areas, clearly these tissues recently died. I'm not sure what caused it and if it has anything to do with coral bleaching. But most of the sponges including large Barrel sponges on the reef edge were fine and healthy. 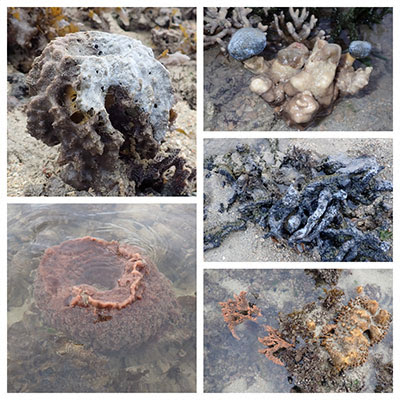 Some of the interesting animals seen included this fast moving Blue-lined flatworm. 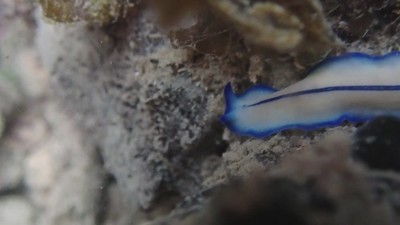 There are sprinkles and scattered sparse patches of seagrasses on the shore. The seagrass situation seems similar to our last survey in Jun 2019. 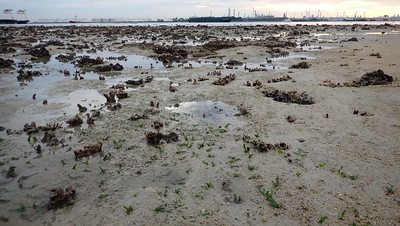 I saw a few clumps of Tape seagrass with long leaves, but most were cropped. There were also Spoon seagrasses and Sickle seagrasses. 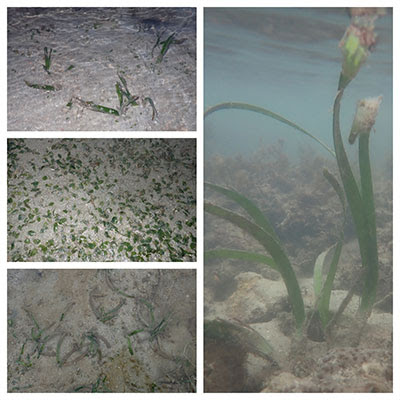