Today, I visited a Changi shore that reminds me so much of Chek Jawa long ago. 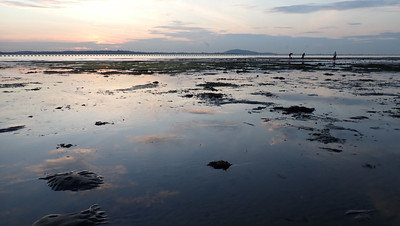 The last time I visited this shore was in Jul 2015. At that time, it was mostly a sandy shore with very little seagrass or other marine life. Today, it has living sandy shores with Button snails, and lush seagrass meadows with lots of marine life.

My most delightful encounter today was with two hermit crabs exchanging shells. Like many Singaporeans, hermit crabs yearn constantly for a home upgrade. For hermit crabs, it's a little more critical as they need a shell that is big enough for them to retract into in order to be safe from nasty predators. But not too big to carry around. Hermit crabs are sensible and won't get a home beyond their means. They will thoroughly test out an empty shell before choosing it. When a hermit crab chooses to take a new shell, its old shell is now available for another hermit crab. More about this process in this old blog post, including why we should NOT take hermit crabs home. 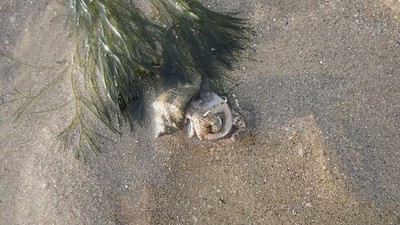 I was so happy to see a large patch of Button snails. These tiny beautiful snails lie just beneath the sand surface, leaving tell tale dots all over the sand. At the Chek Jawa northern sand bar, these snails used to occur in these large numbers too. But I haven't seen them at Chek Jawa for many years now. So it is good to see them at Changi. 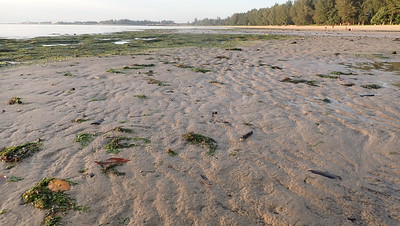 Button snails have pretty markings and no two are alike. You can reveal the living snails by gently scraping a thin layer of sand off the surface. Do gently cover them again after you had a look. 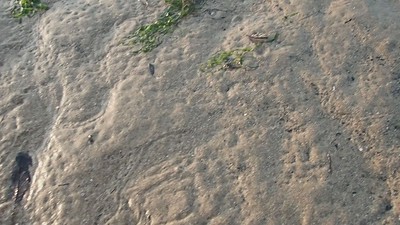 Another fascinating encounter: one small Ball flowery soft coral which was home to at least one Ghost brittle star and one Soft coral false cowrie. These were superbly camouflaged, blending in with the soft coral! I only noticed the false cowrie after I got home and looked at my photo. 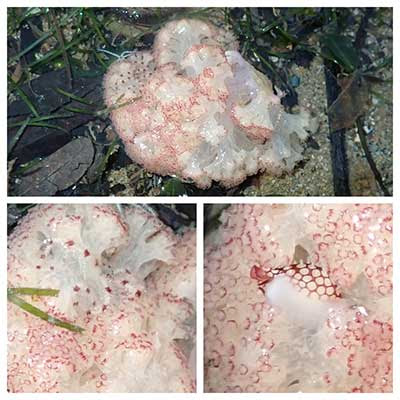 There were lush growths of seagrasses on the eastern side of the shore from the low water mark seawards. There were also some good patches of seagrasses in the middle of the sandy area. The most abundant that I saw was Needle seagrass (narrow leaf blades), with also a lot of Spoon seagrass with the large leaf blades. It was nice to also see some patches of Fern seagrass which is only found on our northern shores. It was nice to see the usual marinelife commonly seen on our northern seagrass meadows: many Thorny sea cucumbers and Pink warty sea cucumbers, often next to one another. There were also some Ball sea cucumbers. There were also some White urchins. I saw one Biscuit sea star, but Jonathan saw Knobbly sea stars. In deeper water, I saw several small Noble volutes. I also saw several Lavender hermit crabs which I haven't seen for sometime on Changi. I only saw one living Window pane clam. 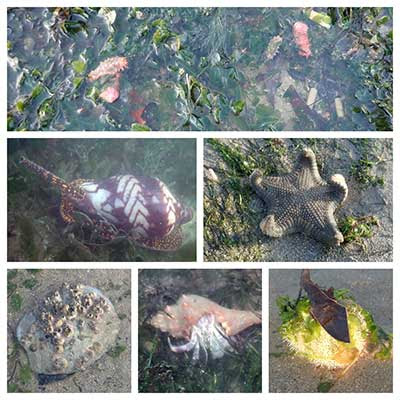 There were also Haddon's carpet anemones, a Pearly anemone, many Cerianthids, many sea pens of various kinds. 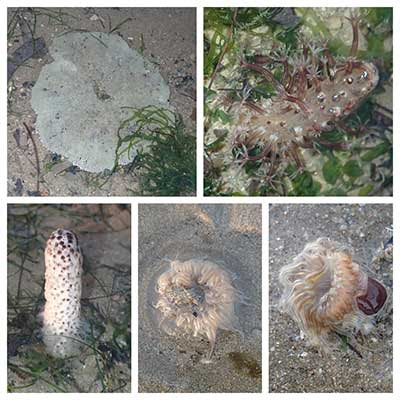 The sandy shores are indeed very much alive. There were lots of Cake sand dollars. Also many Weasel olive snails (which often hunt Button snails). As well as buried Ball sea cucumbers and Acorn worms. There was also a brittle star, which tend to burrow into the sand at low tide. 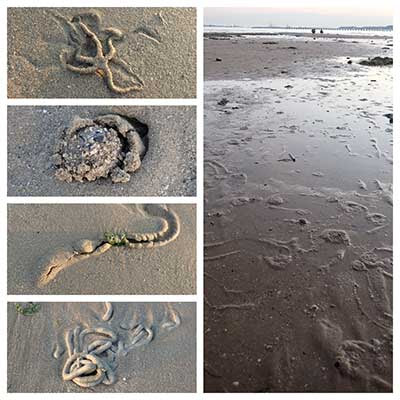 Others on this trip: Jonathan Tan


Kok Sheng check up on an East Coast Park shore