One of the world's rarest mangrove trees grows at Pasir Ris! The beautiful Bakau mata buaya which is listed as 'Critically Endangered' not just in Singapore but globally too! 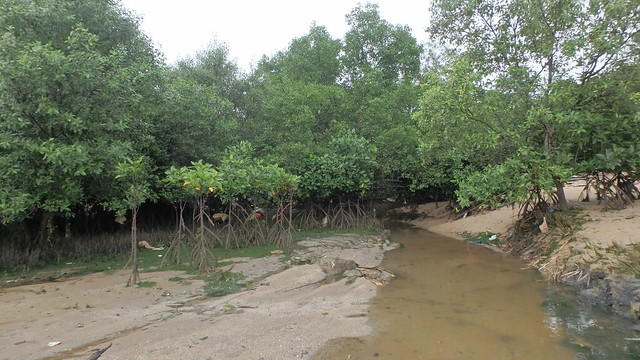 I am glad to see that it is still alive in a tiny patch of mangroves. It is now the last large Bakau mata buaya on the mainland. The one at Sungei Buloh is dead.


The Bakau Mata Buaya tree is straight and tall! 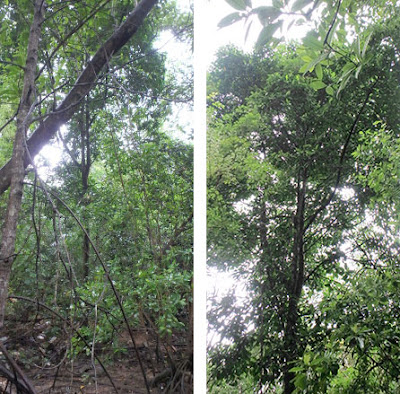 I didn't see any flowers in the tree, but did spot a few calyx on the ground.

I couldn't find any of its propagules under the tree, but there were many growing propagules that look like its offsping. 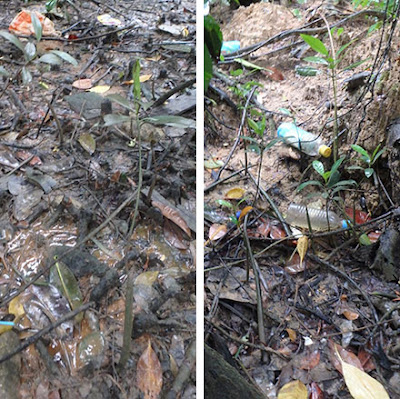 The bark on the base of the tree is still peeling. Which I noticed on my last trip here in Jan 2017.

The tiny patch of mangroves seem quite healthy. With nice soft soft mud and meandering streams. 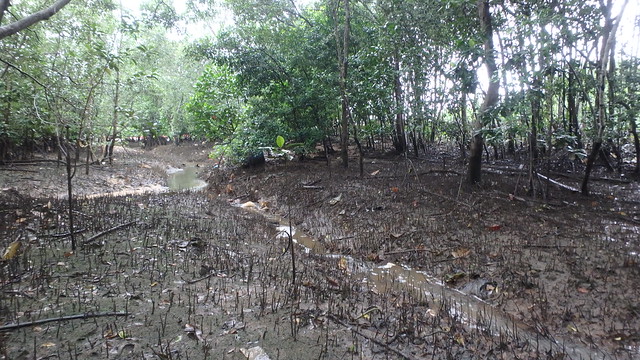 Saplings are settling in bare patches. 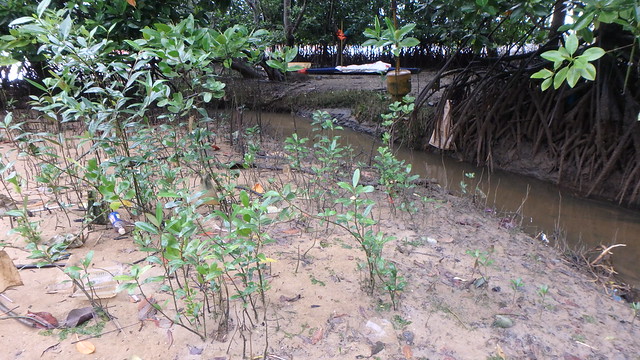 This tiny patch mangroves are still being used by fishermen to store their kayaks. 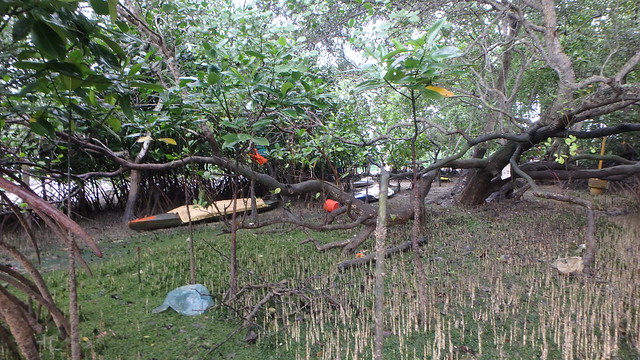 There's a kayak near the Bakau Mata Buaya too. 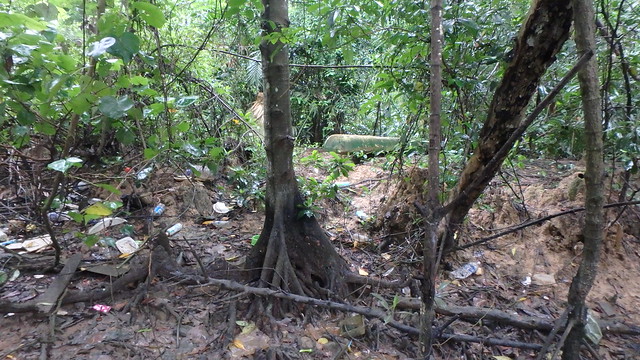 There is very little trash in the mangroves now. Probably because of the huge sand bar that is now in front of the mangrove (purposely created?). 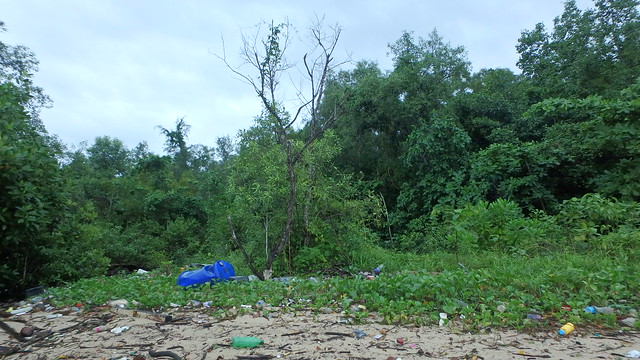 As a result, all the trash accumulates outside the mangroves. And hopefully removed regularly? 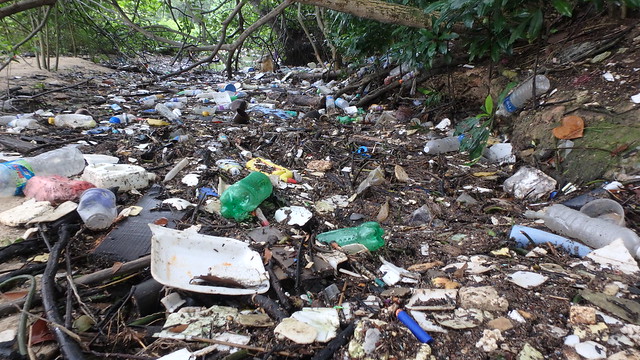 The trash build up at Pasir Ris is heartbreaking. Even on the parts which are cleaned every day. 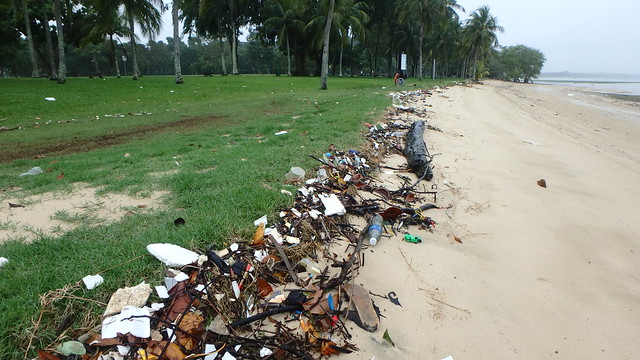 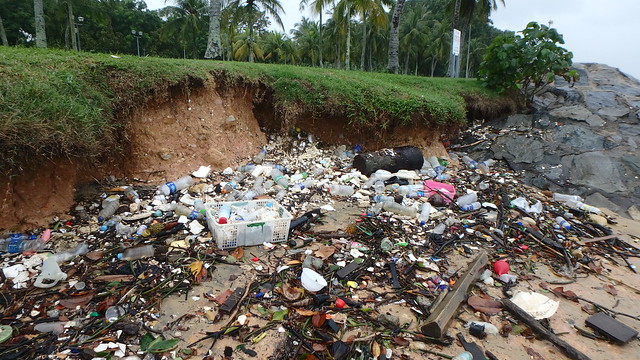 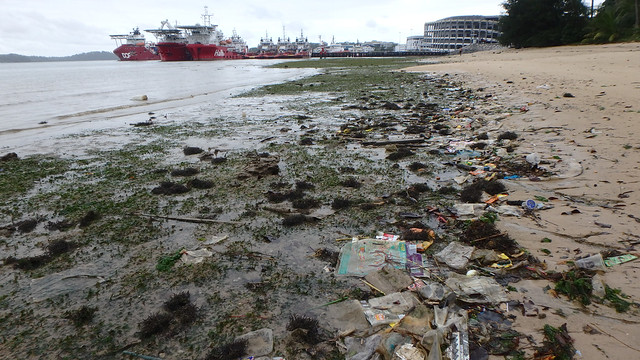 I even saw a shopping cart dumped on the shore. 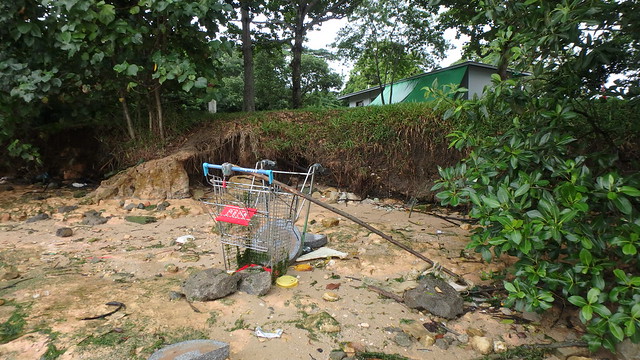 As usual, there were many bags of fish feed used in fish farms. Very obvious with large diagrams of fish on the bag and words that describe them as fish feed. 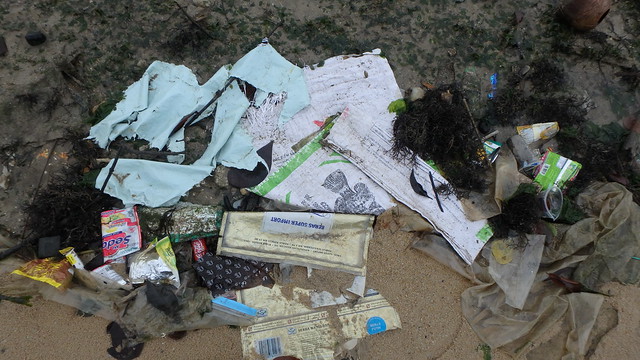 There are 60 Singapore fish farms located off Pasir Ris Park. They are not provided with daily door-to-door trash collection and are expected to bring their industrial trash back to the mainland. Here's more about trashy Pasir Ris Park and fish farms. 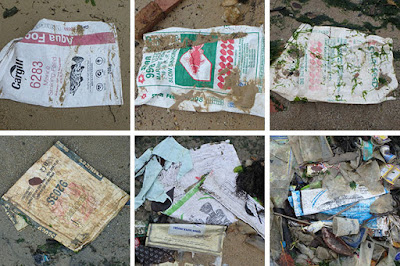 In addition to the daily onslaught of trash, this shore was hit by the 300-tonne oil spill in the East Johor Strait a year ago. When I checked up on it a week after the spill, the seagrasses were bleaching. But today, the seagrasses are lush and green. 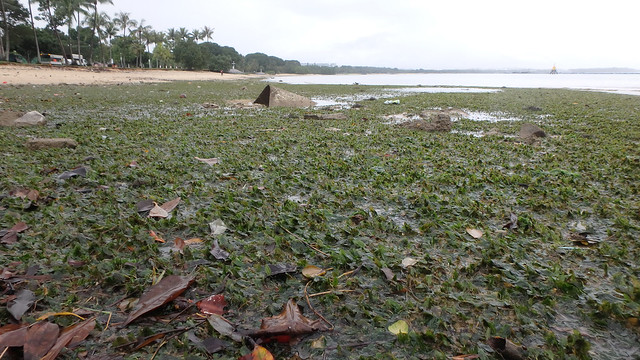 Only Spoon seagrass grows here, with big leaves. Quite lush. But I didn't see any dugong feeding trails. 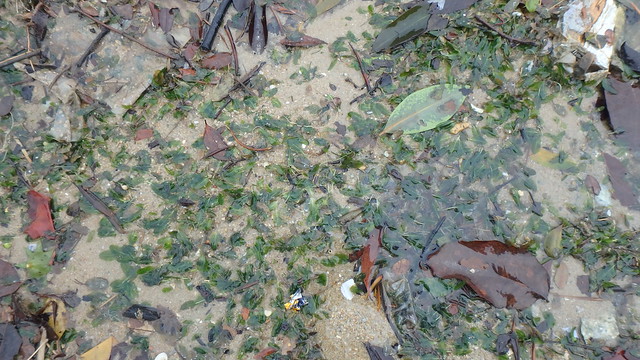 It was a soggy survey in the rain. So I didn't really go on to survey the seagrass meadows.

Let's hope this shore and the precious Bakau Mata Buaya continues to survive the threats they face every day.

Before the trip, I had a quick look at Sungei Tampines where dead fishes were reported on 31 Dec 17. 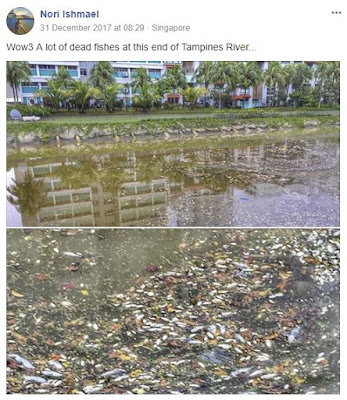 But today, I didn't see any dead fishes there. There living halfbeaks and small schools of small fishes in the canal.