So great to start 2018 with youth volunteers who will make International Year of the Reef 2018 happening! It rained incessantly for two days, but stopped just in time for our trip. 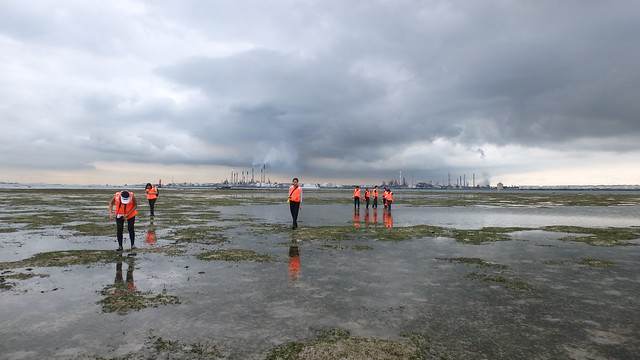 Although it lies in the middle of an industrial triangle and major shipping lanes, Cyrene has some of Singapore's best seagrass meadows. We saw dugong feeding trails, large Knobbly sea stars and other awesome marine life! 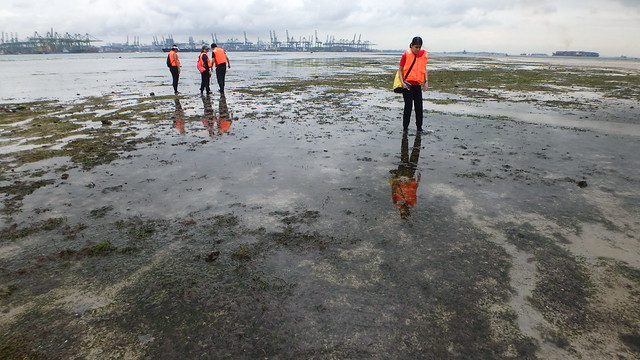 Among the fascinating animals spotted by everyone were Knobbly sea stars and Pentaceraster sea  star, Common sea stars, a baby White sea urchin, there was a recently dead urchin being eaten by snails. There were also some Black long sea cucumbers. We also saw a Ferocious reef crab, a Stone crab and some little crabs that look like Fiddler crabs. There were also many Swimming crabs of various kinds and Hairy crabs too. We also saw small Orange-striped hermit crabs and lots of tiny hermit crabs. 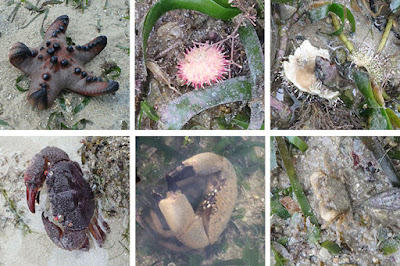 We saw one huge Forskal's side gill slug and the white egg ribbons that they lay, also Leaf slugs, some black tailed slugs. Other molluscs included Moon snails and their sand collar egg mass, lots of Reef murex snails, living Fan shell clams. There were also some cerianthids, a Snaky sea anemone. a Frilly sea anemone. As well as a few small corals among the seagrasses. None of them were bleaching. 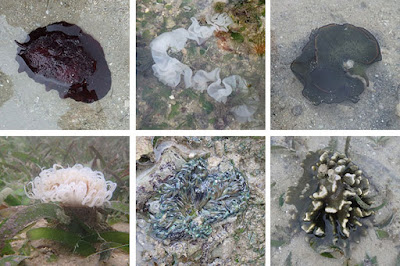 We saw a Smasher mantis shrimp! 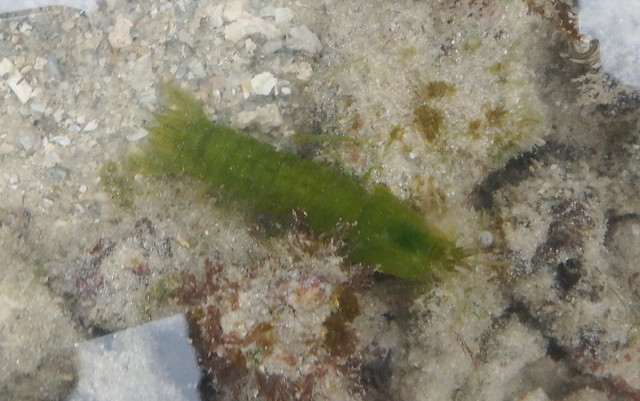 It was great to see some male flowers of the Tape seagrass sprinkled like bits of styrofoam on the water. The male flowers have one end that is attracted to water, and the other that repels water. So they 'stand up' on the water surface and often form rafts. 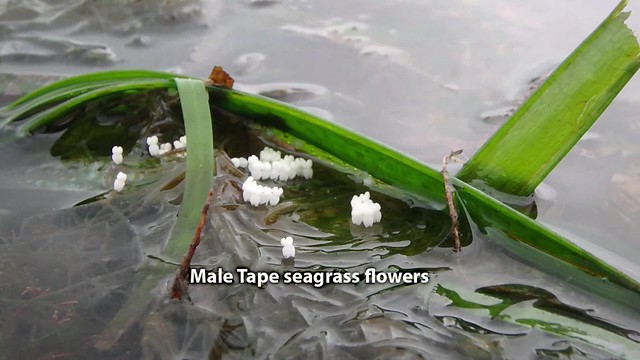 We also saw one female Tape seagrass flower, with a male flower on it. 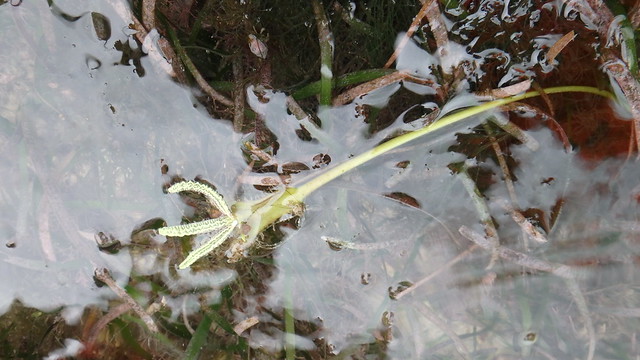 Unfortunately, much of the Tape seagrasses are still cropped short. But the other seagrass species looked lush and were growing well without much epiphytes covering them. 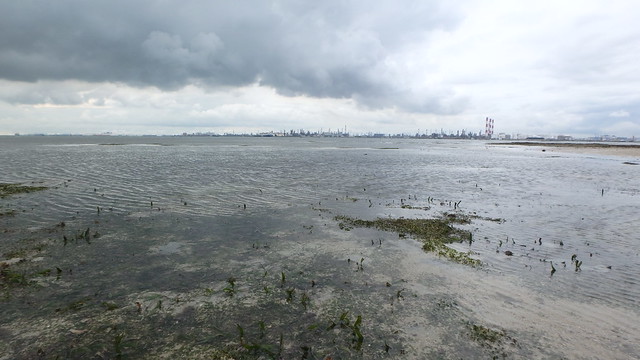 Near our arrival point were signs of a recent boat strike with a deep hole on the edge with bare sand, surrounded by recently churned up dead corals. 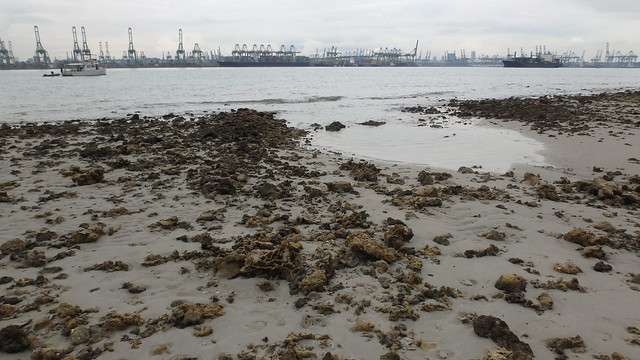 We also came across an encrusted fishing rod. This suggests that fishing boats may fish over Cyrene Reef at high tide? 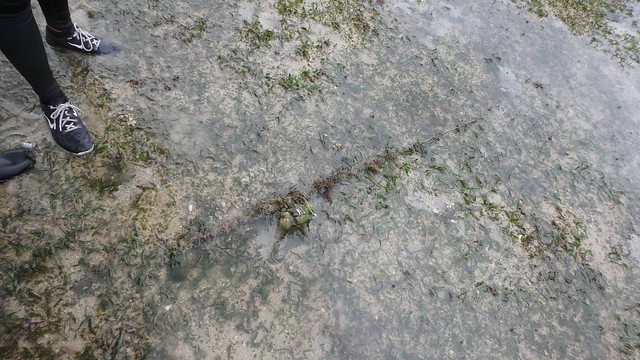 Here are some of the young marine community volunteers who have come together to celebrate International Year of the Reef 2018! Here's more on what to expect from them. Their energy, passion and ideas are so inspiring. 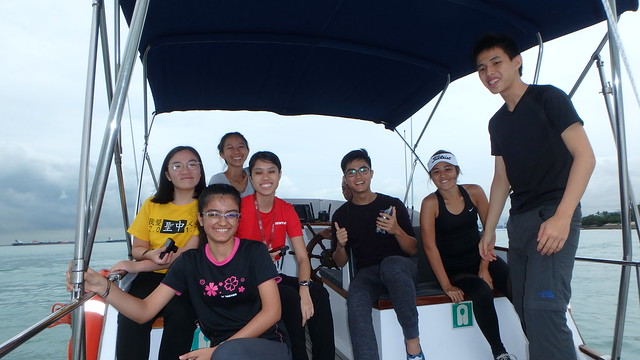 We are lucky to have the youth volunteer team from Lepak In SG who will be organising monthly workshops on marine issues. Join their upcoming 20 Jan 2018 (Sat) workshop at Pulau Ubin to learn more about mangrove restoration there and contribute your ideas!

Visit the Celebrating Singapore Shores blog and facebook page for the latest updates on events, happenings and fascinating information about our shores.

Natalie took much better photos of out trip! Here's some of them...


Dayna saw cool stuff which I missed and took great photos too ...