2 Feb is World Wetlands Day and in 2017, the theme is "Wetlands for Disaster Risk Reduction". 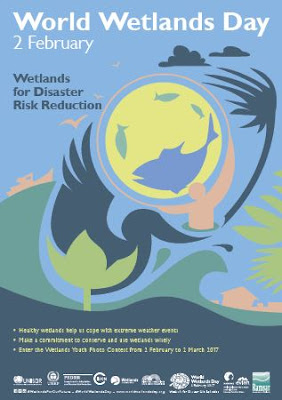 What is World Wetlands Day and how is it relevant to urban Singapore?


How is World Wetlands Day relevant to urban Singapore?

Along the coastline, wetlands act as a natural protective buffer. Singapore is an island! We have a lot of coastline. Here is a cartoon explaining the value of wetlands to a bird that only talks money... 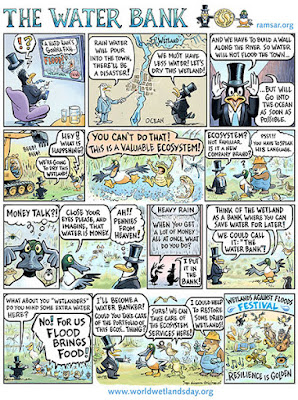 Does Singapore have wetlands that can help us cope with extreme weather events? Yes! Here's some of them and what you CAN do to make a difference for them.

You can visit wild reefs at the Sisters Islands Marine Park. Or dive those at Pulau Hantu with the Hantu Bloggers. 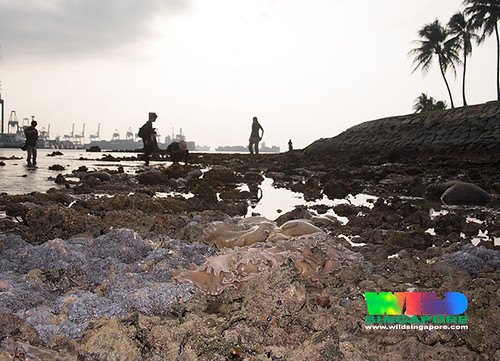 Seagrasses are also important coastal ecosystems. Make a difference for them by joining TeamSeagrass. 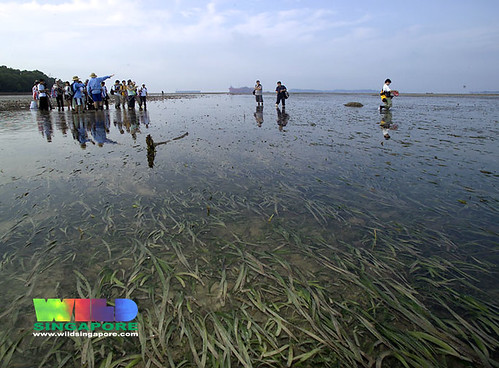 What is World Wetlands Day about?

World Wetlands Day marks the date of the signing of the Convention on Wetlands on 2 February 1971, in the Iranian city of Ramsar; thus also called the Ramsar Convention.

Each year, government agencies, non-governmental organizations, and groups of citizens at all levels of the community take this opportunity to raise public awareness of wetland values and benefits in general and the Ramsar Convention in particular.

What is the Ramsar Convention?

The Ramsar Convention's mission is "the conservation and wise use of all wetlands through local and national actions and international cooperation, as a contribution towards achieving sustainable development throughout the world".

What are the criteria for classifying Ramsar sites?
from the Ramsar website


Does Singapore have a Ramsar site?
Sadly, Singapore is not listed as a Contracting Party and has no designated Ramsar site.

But Singapore is right next to three of the four Ramsar sites on the Malay Peninsula! 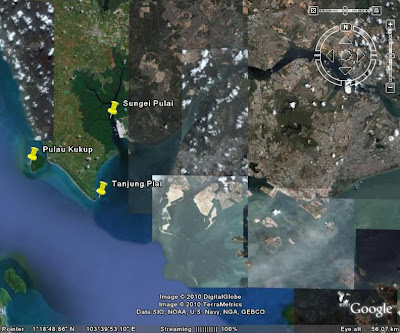 from the Ramsar website these are Pulau Kukup, Sungai Pulai and Tanjung Piai. Sadly, these sites are currently facing some threats.

Pulau Kukup: An uninhabited mangrove island, it is one of the few intact sites of this type left in southeast Asia. The wetland supports such species as the Flying Fox Pteropus vampyrus, Smooth OtterLutra perspicillata, Bearded Pig Sus barbatus, Long-tailed MacaqueMacaca fascicularis, all listed as threatened, vulnerable or near-threatened under the IUCN Red Book. Pulau Kukup has been identified as one of the Important Bird Areas (IBA) for Malaysia. Globally vulnerable Lesser Adjutant Leptoptilos javanicus chooses this as a stop-over and breeding ground.

Pulau Kukup is important for flood control, physical protection (e.g. as a wind-breaker), and shoreline stabilization as it shelters the mainland town from severe storm events. The coastal straits between Pulau Kukup and the mainland are a thriving industry for marine cage culture. The mudflats are rich with shellfish and provide food and income to local people. Tourism is another use of the island and the government has further plans to promote ecotourism.

Sungai Pulai: The largest riverine mangrove system in Johor State, located at the estuary of the Sungai Pulai river. With its associated seagrass beds, intertidal mudflats and inland freshwater riverine forest the site represents one of the best examples of a lowland tropical river basin, supporting a rich biodiversity dependent on mangrove. It is home for the rare and endemic small tree Avicennia lanata, animals such as near-threatened and vulnerable Long-tailed Macaque, Smooth Otter and rare Flat-headed Cat and threatened birds species as Mangrove Pitta and Mangrove Blue Flycatcher, all included in the IUCN Red List. Relatively undisturbed parts including the Nipah swamps may be nesting sites of the Estuarine Crocodile.

The site fringes play a significant role in shoreline stabilization and severe flood prevention in the adjacent 38 villages. The local population depends on the estuary as its mudflats, an ideal feeding, spawning and fattening ground, support a significant proportion of fish species. Other mangrove uses include wood cutting, charcoal production, aquaculture activities and eco-tourism.

The current construction of a new port at the river estuary may represent a direct impact on the mangrove ecosystem, causing coastal erosion and water pollution from associated dredging and reclamation works and traffic. The site is managed in line with Integrated Management Plan for the sustainable use of mangroves in Johor state.

Tanjung Piai: The site consists of coastal mangroves and intertidal mudflats located at the southernmost tip of continental Asia, especially important for protection from sea-water intrusion and coastal erosion. Tanjung Piai supports many threatened and vulnerable wetland-dependent species such as Pig-tailed Macaque and Long-tailed Macaque, birds like Mangrove Pitta, Mangrove Blue Flycatcher, Mangrove Whistler. Globally vulnerable Lesser Adjutant may be observed in the vicinity of the site. The Scaly Anteater, Common Porcupine, Smooth Otter and Bearded Pig are classified as vulnerable or near threatened listed in the IUCN Red Book 2000.

Waters of the four main rivers traversing Tanjung Piai are abundant with commercially valuable species. The site enjoys the status of a State Park for eco-tourism -- a visitor centre with boardwalks near the southern tip of the park provides interpretive materials, guided walks, and overnight facilities, with a World Wetlands Day programme beginning in 2003.

Due to increased sea traffic, the western side of Tanjung Piai has been affected by oil spills which caused natural erosion processes in nearly 70 ha of the mangrove forest. In addition, the new port being established in the estuary of Sungai Pulai will likely lead to increased wave energy reaching the east shore of Tanjung Piai, thus accelerating coastal erosion.
Posted by Ria Tan at 1:37 PM