Just minutes from the Central Business District is a lovely shore at Kusu Island. A small team explore it at a not-so-low tide. 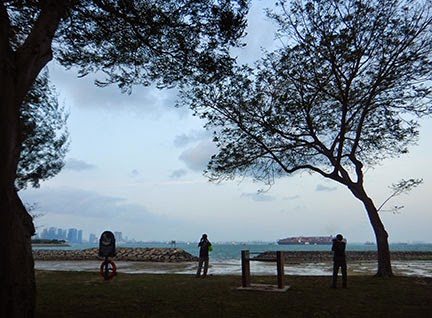 This island was badly hit by the oil spill in 2014. How is it doing a year later?

The highlight of our trip was a Yellow-lipped sea krait spotted by Jonathan. Although these snakes are common, this appears to be my first record for Kusu. It was peacefully foraging among the seaweeds. It's hard to see at first glance which is its head and which its tail. In this photo, the tail (which is flattened) is on the right. Its head is hidden under the seaweed. 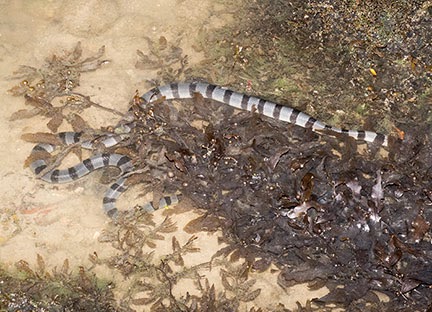 The easiest way to get a shot of the snake's head is to stay still and eventually, it will come to check you out. Sure enough, the snake came to my foot (the black in the photo is my booties and pants). These beautiful, curious snakes are totally harmless if we don't disturb them. 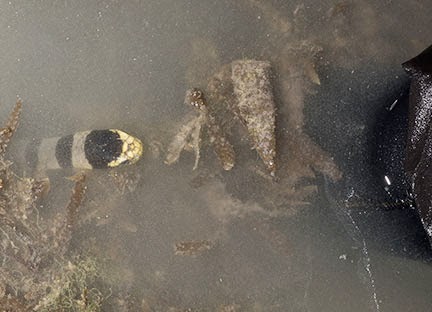 Another special sighting was this large Fluted giant clam. It was about 20cm across. I think it's the same one that Kok Sheng saw in Jan 2014. 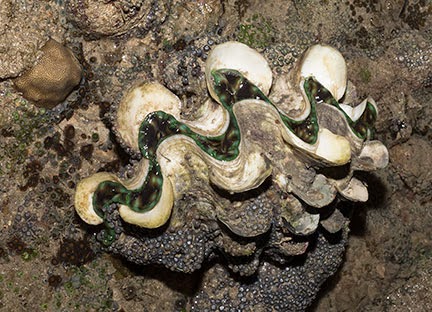 There was a huge bloom of green Sea lettuce seaweed on the high shore. 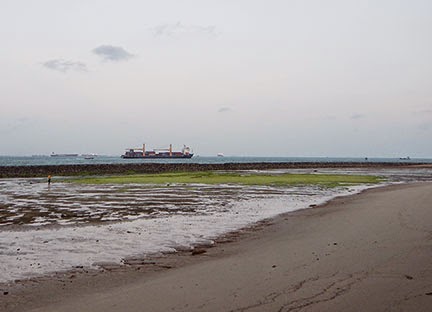 As well as some brown Sargassum seaweed too. The tide wasn't very low and the windy conditions meant the water was murky. 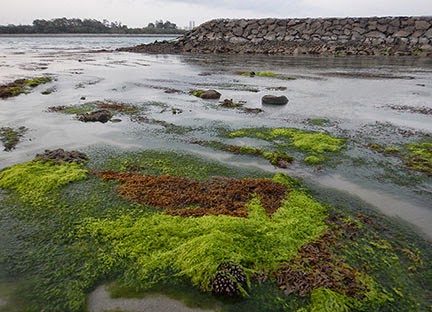 The seaweed and murky water made it impossible to survey the reefy parts of the lagoon. But the hard and soft corals we saw were doing alright. None were bleaching. 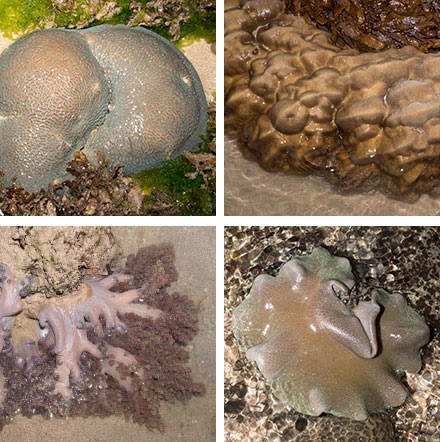 There were many Giant carpet anemones (none with 'Nemo's though), as well as small Haddon's carpet anemones. I saw a small Magnificent anemone and Nicholas spotted the larger ones in deeper water. Frilly anemones were common in the rocky areas. 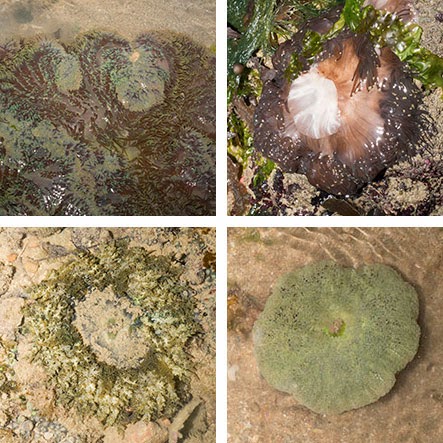 Although we couldn't explore the lower shores because of the murky water and seaweeds, there is still lots to find among the seagrasses and pools in the lagoon. Like this pretty little Red banded shrimp. There was patches of seagrasses in the lagoon with tiny-bladed Spoon seagrass and skinny Needle seagrass. The seagrasses were full of Bazillion snails. 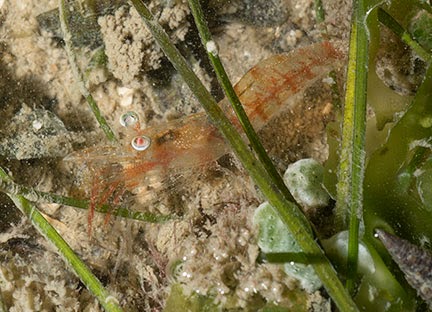 There were many Black-lipped conch snails. This one has both its eyes on long stalks sticking out of its shell. 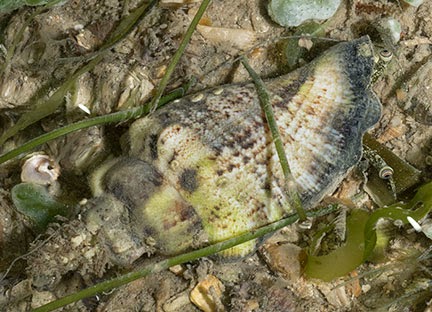 We also came across a large Spotted seahare. 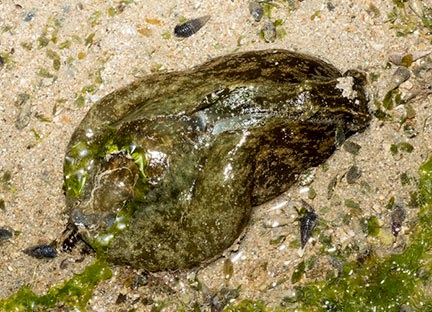 And a Starry flatworm. 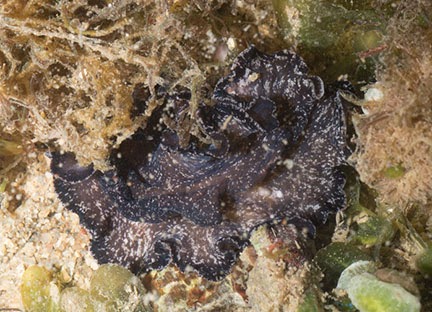 As usual, the broken foot means I can't walk as much as the rest. But I had an astounding view as I waited for the rest of the team to explore the shore thoroughly before the tide turned. They saw a carpet anemone eating fishes which swam in with the incoming tide! My last trip to Kusu Island was in May 2014. 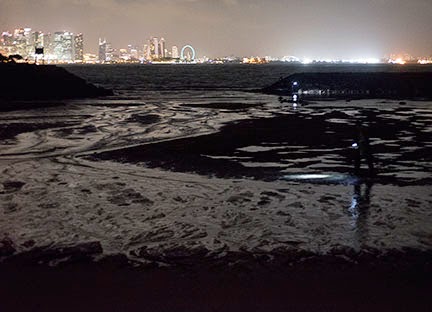 Nicholas had baked a wonderful flourless cake for our field trip. It was packed with chocolate, expresso and sugar. 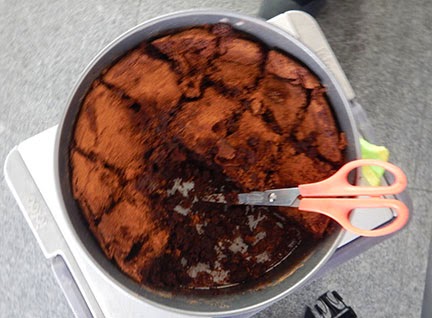 The lack of knife didn't stop us from using whatever we have to cut it up. We always bring scissors with us to deal with abandoned driftnets!