There are reefy areas on the artificial East Coast Park shores! 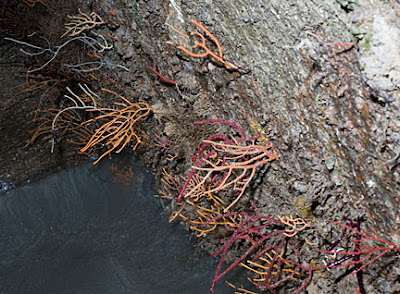 Hard structures are crowded with colourful animals that we associate with reefs.


It is a super super low tide and due to the haze, we decided to cancel all boat trips and focus on mainland shores. Kok Sheng suggested we check out Bedok Jetty, which we had not visited at low tide since 2009. I did check out the Jetty in Mar 2013 but at high tide and only had glimpses of the marine life here. 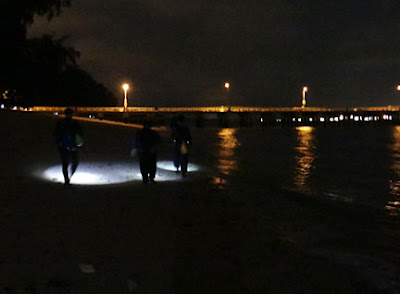 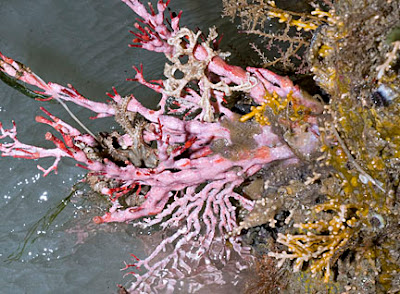 Here's a closer look at the basket star. We had seen lots and lots of these basket stars in the dredge surveys of the bottom of Singapore's seas during the recent Southern Expedition. 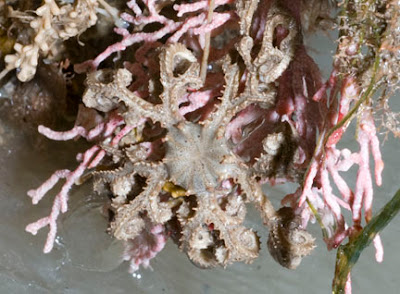 Mei Lin pointed out this tiny ovulid snail (Family Ovulidae) living on a sea fan. This snail is found only on sea fans, blending perfectly with its host. 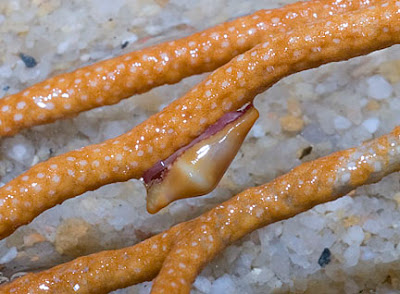 Several of this pretty Hypselodoris kanga nudibranch was seen. I've not seen it for a while. 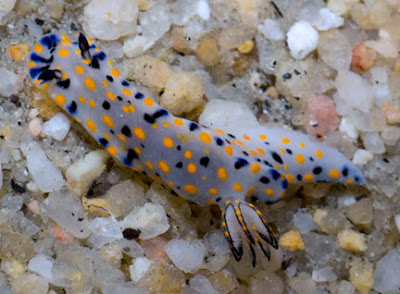 This brittle star swept up with the waves. Mei Lin shared that she often sees it on barrel sponges when she dives in our reefs. Marcus also saw something similar when we surveyed the reefs at Sentosa Serapong. 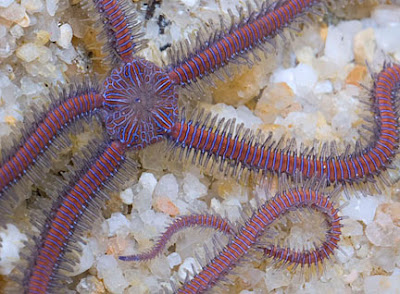 A blue feather star was also spotted. Among its arms was the brittle star (Ophiomaza cacaotica) that lives only in feather stars. 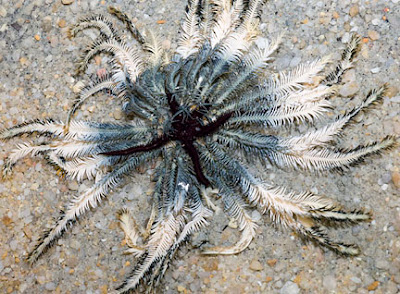 There were all kinds of little crabs among the growths. I also spotted two different kinds of reefy crabs: the Sally-lightfoot crabs (Grapsus albolineatus) on the left, and the Pimply Sally-light-foot crab (Plagusia squamosa). 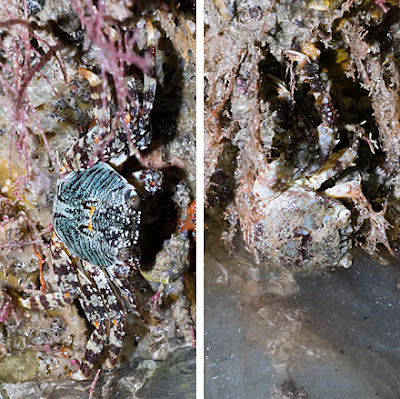 The jetty legs are encrusted with an amazing variety of marine life. 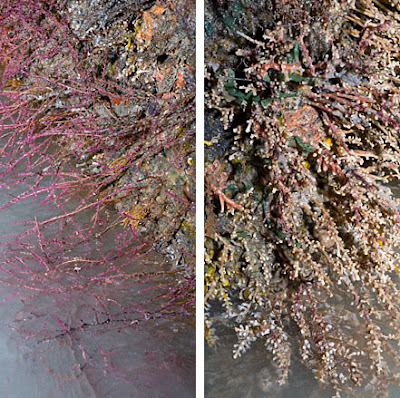 On a nearby sea wall, I saw a whole series of small colourful sea fans. I suspect these animals rarely get to grow large as fishing lines often entangle in them and yank them up. Kok Sheng checked on some other parts further away and alas, the sea fans he saw in 2009 are no longer there. 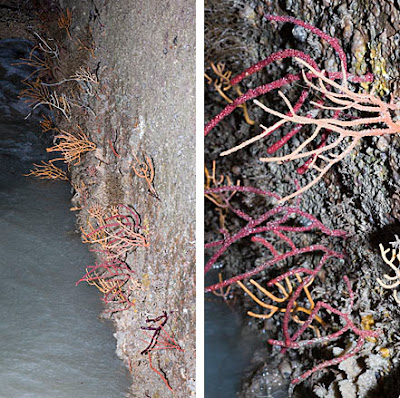 The tide was very low and very long today. So we decided to hurry over to check out another shore nearby. Where another surprise awaited us: lush seagrass meadows on East Coast Park!