In a mizzle (miserable drizzle), we land at first light on Terumbu Pempang Tengah. And immediately encounter a 'Nat Geo' moment. 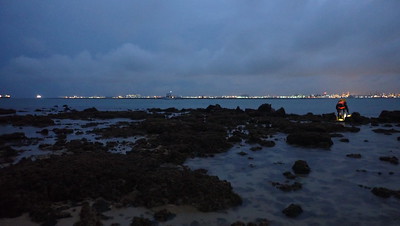 Corals and seagrasses here seem alright. And there were also many other interesting marine life sightings.

As soon as we landed, the team observed a pair of octopuses mating. When suddenly, another male octopus cuts in to try to mate with the female. Resulting in a fight between the males. Here's Kok Sheng's video clip of the event, listen to the hilarious commentary.
To mate, the male octopus uses a special arm called a hectocotylus to insert a sperm packet into the female's body. While doing so, he usually keeps as far away from the female as possible, and he is usually pale, a sign of stress. The female uses the sperm to fertilise her eggs as she lays them.

My sightings were less exuberant. I saw one Fluted giant clam (about 30cm long), it seems to be the same one that I last saw on our survey in May 2021. We didn't come across any other Giant clams on this trip. 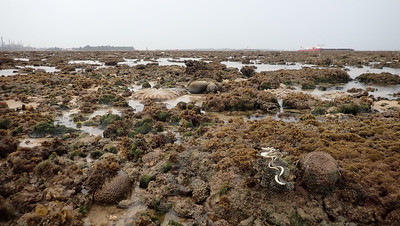 I came across many Giant carpet anemones. Some had Peacock anemone shrimps, and one had both the shrimps and a tiny Clown anemonefish (which I only observed when I was home processing the photos). There was a cluster of Magnificent anemones and I saw several common nudibranchs and crabs. 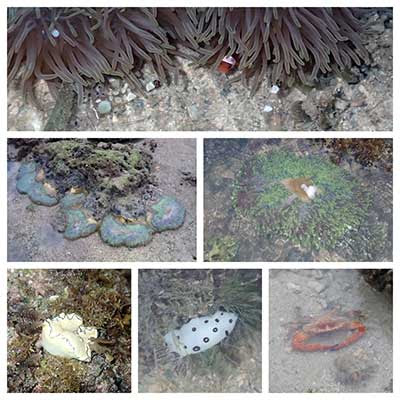 There have never been a lot of hard corals on this shore. Most are boulder shaped. Today I also saw some well formed plate corals and a few branching corals. 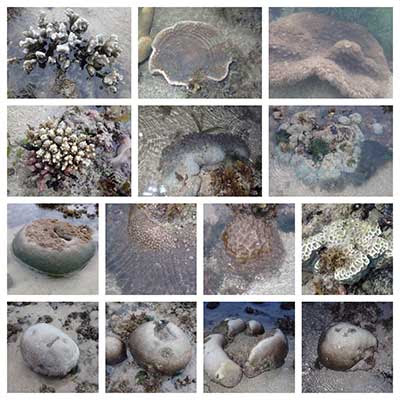 I saw many Merulinid corals that were very pale. But this could be because of the rain? The polyps retract deeply into the corallites exposing the white skeleton? 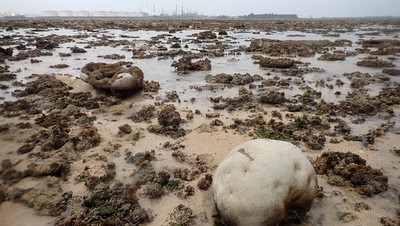 As usual, this shore has many leathery soft corals of various kinds. Also many Asparagus flowery soft corals. All those I saw were doing alright. 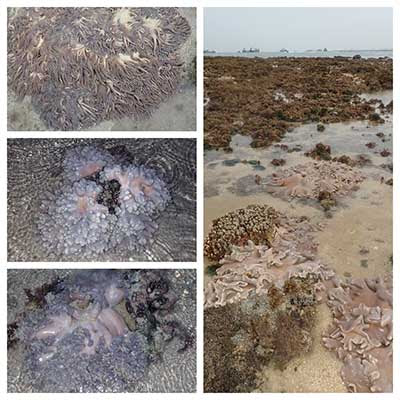 There were sprinkles of seagrasses of various kinds on many parts of the shore: sand bar and sandy areas in between rocks. Mostly Spoon seagrass with small leaves, heavily covered with epiphytes, and some with large leaves which were cleaner. There were also many clumps of Sickle seagrass. These were some longish Tape seagrasses. The situation looks similar to what I saw in May 2021. 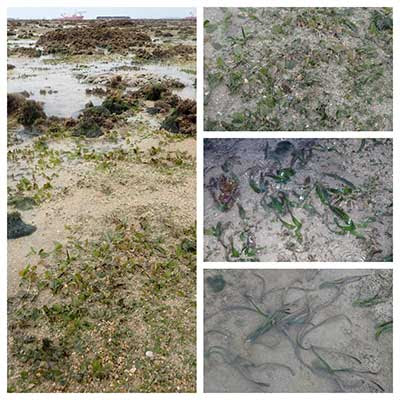 I checked a small stretch of the sandy area in the middle of the Terumbu. Sprinkles of Spoon seagrass with small leaves covered much of the area. But I didn't see any dugong feeding trails. 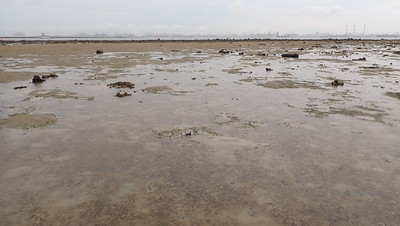 Sadly, I saw signs of a boat strike. It is common to see this at the edge of our submerged reefs. When a boat strikes the reef at high tide, it runs aground, gouging out a hole and pushing up rubble and corals around the hole. 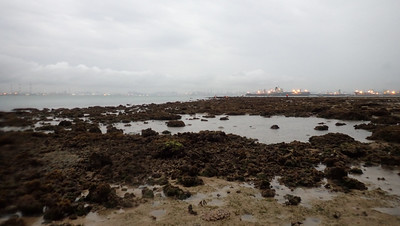 There was also the remains of an abandoned fish trap. 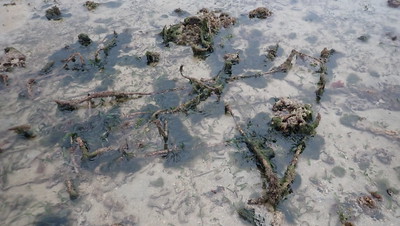 Special thanks to Richard Kuah for sending us safely to and from the shore! And to Alex for being there for us as always.


What is the fate of this shore?

The 2013 landuse plan by the Ministry of National Development released in response to 2013 Population White Paper shows plans for 'possible future reclamation' (in light blue surrounded by dotted lines) that may impact the Terumbu Pempang shores. More about the possible impact of the 2030 Landuse Plan on our shores. 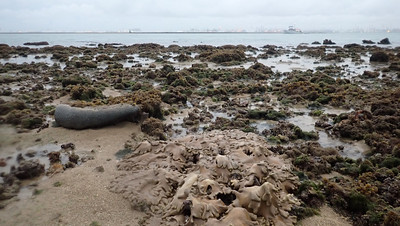 
Others on this survey: Kelvin Yong
Posted by Ria Tan at 1:00 PM