Due to fierce weather, we divert to Pulau Hantu from our original plan to survey Pulau Jong. Thus today, explored parts of Pulau Hantu that we seldom survey. 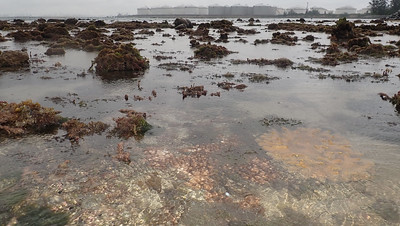 The team found lots of soft corals, feather stars and sadly, some large dead Giant clams. Kelvin flew the drone flew when the rain stopped. I checked out the mangroves that have settled naturally on the seawalls and they are doing fine.

The heavy rain and high water plus usual strong currents around Pulau Jong just made it too risky for us to try to land today. So we left to try our luck at Pulau Hantu, where we can land via a jetty - safer than attempting an amphibious landing at Jong. 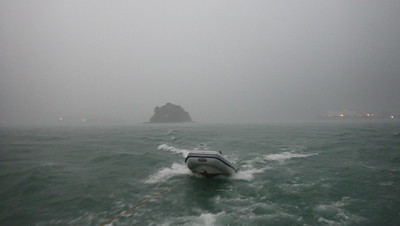 Towards the end of our survey, the rain let up and Kelvin flew the drone!
I surveyed the southern lagoon which I usually am too tired to do on my usual route. It never really had a lot of corals, and today it remains so. There were a few, and also some Leathery soft corals. I briefly did the mouth of the northern lagoon facing Pulau Bukom and there were a wider variety of corals there. I also saw many Giant carpet anemones there, but no 'Nemos'. Overall, some of the corals were paleish, but none were outright bleaching. 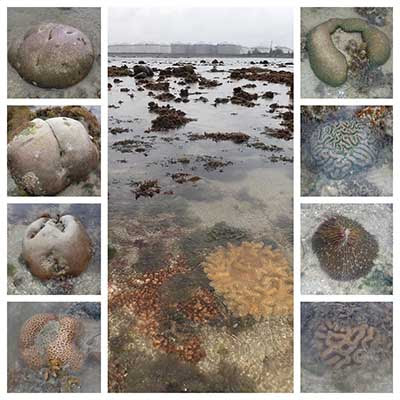 A patch of Branching montipora coral seems to be starting to settle at the mouth of the northern lagoon! 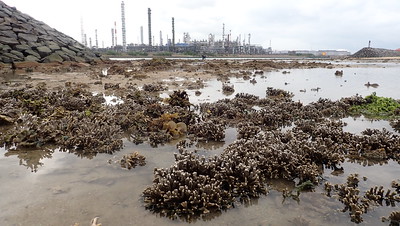 The rest of the team surveyed the southern lagoon of Hantu Kecil and sadly, encountered some large empty shells of Giant clams. They are scattered among pots and boxes: an experiment on getting marine life to settle on artificial surfaces? Hopefully, the shells were placed there as part of the experiment. And were not actual wild clams that died there. Update: Confirmed, the shells ARE part of the experiment and came from mariculture - aquaculture of the giant clams. So they were NOT wild clams that died on Pulau Hantu. What a relief!
In the southern lagoon, a few mangrove trees have also settled on the seawalls. There was a well grown Nyireh bunga on the southern most seawall, and several small Bakau on the western seawall. Alas, it seems an Api-api tree was cut down recently (yellow arrow pointing a clean-cut stump), its roots still present on the shore. 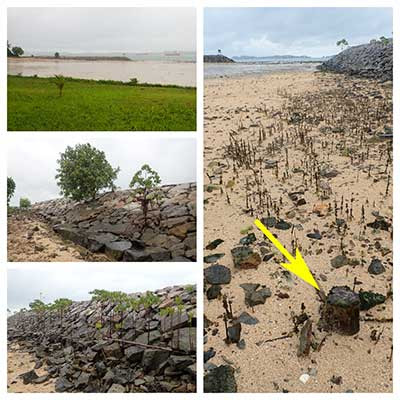 The mangroves growing on the western seawall of the northern lagoon are still doing well. There are tall mature trees growing on the seawall (with some rare species), some medium to tall ones on the shore, and many saplings on the high shore and low water mark (mostly Rhizophora and  Bakau putih). It's so nice to see mangroves next to corals in this lagoon. 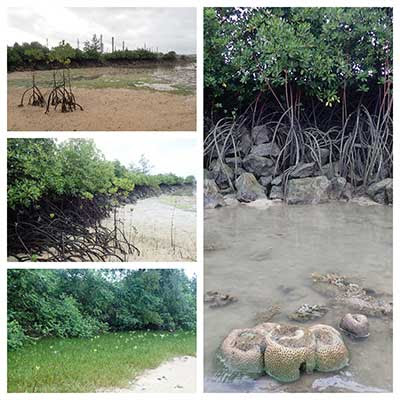 I had a closer look at the mangroves growing on the eastern seawall of the northern lagoon. They are still mostly small saplings. Most are Rhizophora, with a few Bakau putih and possibly one Tengar. 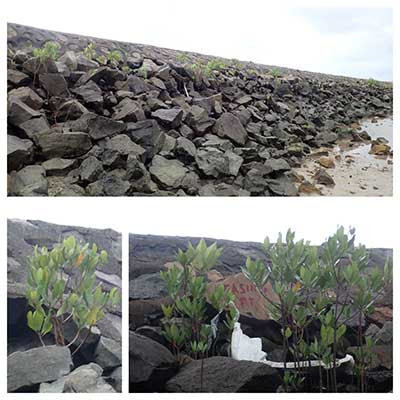 Although there wasn't much seagrass in the northern lagoon and the Tape seagrass there were still cropped very short, I saw many long Tape seagrass (leaves about 40cm long) among the reefy areas and next to the seawall. 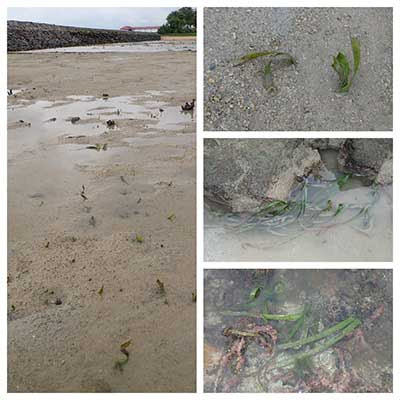 There were a lot of construction materials stacked up on the Pulau Hantu North jetty. With many heavy roofing tiles on pallets (how are they transported to/from the island?), lots of tin roofing, some signs of paint or other chemicals. I couldn't find a sign to explain what is going on. 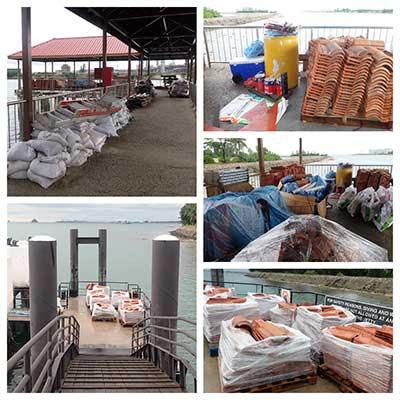 Thanks to the hardcore team who are well prepared regardless of the weather to check up on our shores. We will return to Pulau Jong in better weather. 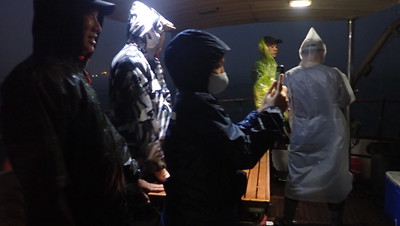 Pulau Hantu is one of the existing natural shores that may be impacted by the landuse plan by the Ministry of National Development released in Jan 2013 in response to the Populations White Paper with a 6.9 million population target. The dotted margined blue areas are "Possible Future Reclamation". 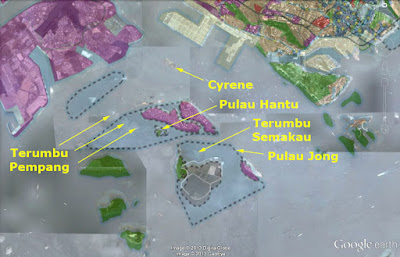 Pulau Semakau and nearby islands (like Pulau Hantu) and submerged reefs have been recommended by the Singapore Blue Plan 2018 for Immediate Conservation Priority. 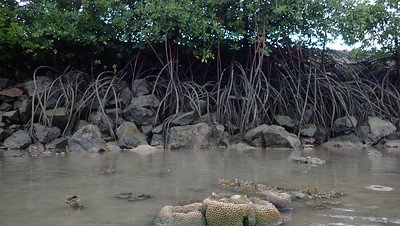 Pulau Hantu is a popular dive site has seen increasing interest in the past decade due to biodiversity awareness. If protection is accorded to these three islands, zonation plans for use can be implemented to manage tourism and human impacts.

DOWNLOAD the Plan, SUPPORT the Plan! More on the Singapore Blue Plan 2018 site.
Photos by others on this survey


Others on this survey: Kelvin Yong
Posted by Ria Tan at 4:37 PM