As we check up on the eastern shore of Cyrene, near the beacon, we found three Giant clams! Unfortunately, one of them is showing signs of bleaching. 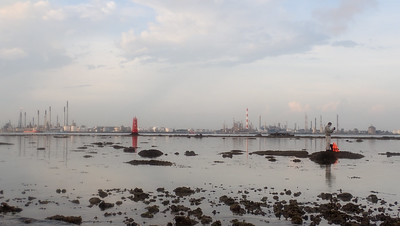 There are not a lot of hard corals on Cyrene. Most of those I saw were alright. Only a few were were showing stress (paler than usual or with bleaching portions) or with recently dead patches. The coral bleaching situation was better than what I saw on the western shore of Cyrene two months ago in Jun 2020.


Although it lies in the middle of an industrial triangle and major shipping lanes, Cyrene has some of Singapore's most amazing shores. Although it is not very reefy, there are some very large hard corals here. Most of them were nice and brown! 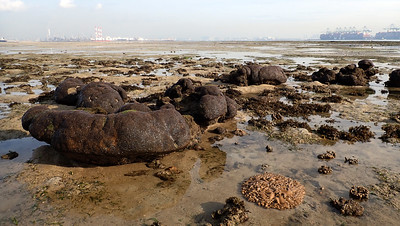 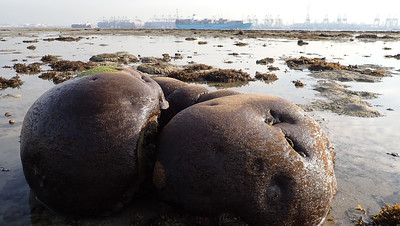 Here's a compilation of some of the hard corals I saw today, with a ruler for further study by others.


There are many leathery soft corals on the eastern end of Cyrene. Some of them were quite large. 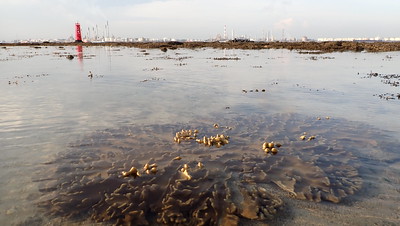 I did not see any that were bleaching, although there was one patch of Omeletteleathery soft coral with 'fuzzy' growth on it. The situation for leathery soft corals was better than what I saw on the western shore of Cyrene two months ago in Jun 2020. 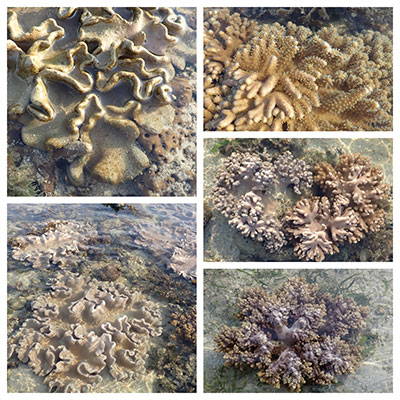 I saw many Frilly anemones and one Giant carpet anemone, all were alright. The Leathery sea fan near the landing point seems fine and had many Tiny colourfulbrittle stars on it. 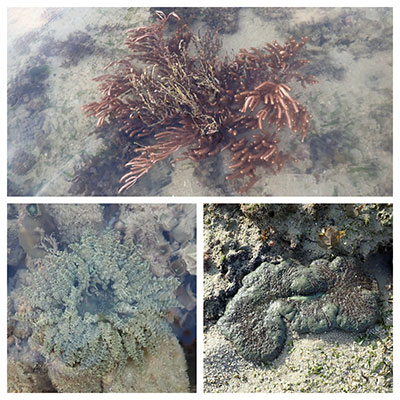 The first Fluted giant clam we saw was submerged, right at our landing point! After I went to higher ground to prep for the survey, I went back to try to find it. I had a hard time as its fleshy body mantle had covered its white inner shells! Here's a video of the clam, which was on the shore opposite the Pasir Panjang container terminals 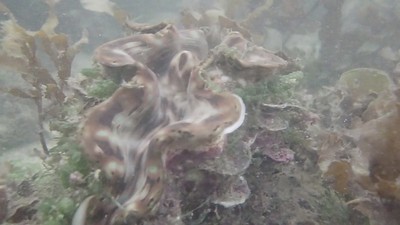 It was hard to take a photo of the ruler with the clam, but Kelvin tried his best here. Later on, I saw this rather large Fluted giant clam, on the shore opposite the petrochemical plants on Pulau Bukom. 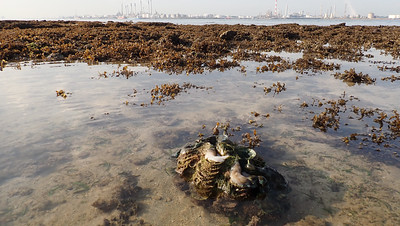 Giant clams can also suffer from bleaching. Unfortunately, it looks like it is bleaching - see the white portions of the flesh. 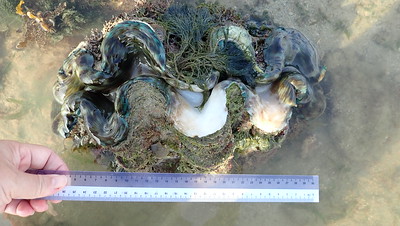 James saw another one that looks really huge. Fortunately, it doesn't look like it's bleaching.
The Knobbly sea stars are still abundant on this eastern side of Cyrene. Those on the western end seemed to have disappeared. I looked but couldn't find any other kind of large sea star here. 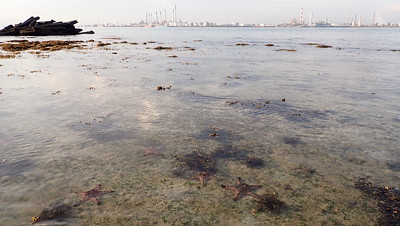 There were good growths of seagrasses of various kinds on this eastern end of Cyrene, including on areas exposed at low tide, among the rubble. 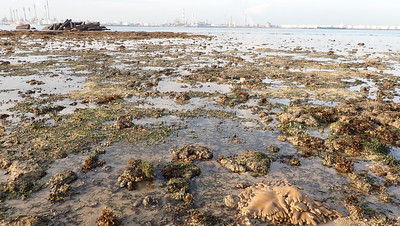 But the Tape seagrasses were mostly still cropped short. While most of the seagrasses were fresh and green, free of ephiphytes, some patches were covered with a black fuzzy growth or brownish mat. I didn't survey the more seagrassy areas. 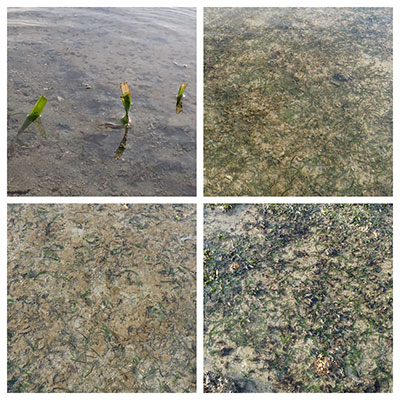 I saw one person on a small boat retrieving very large fish traps (about 5 of them) from the reef edge. There didn't seem to be many fish inside the traps. After working hard for some time, he went to the western end of Cyrene, it seems to do the same thing. When we were landing, there was another similar boat with three people near the beacon also with fish traps. But we were too distracted by the Giant clam to take photos. 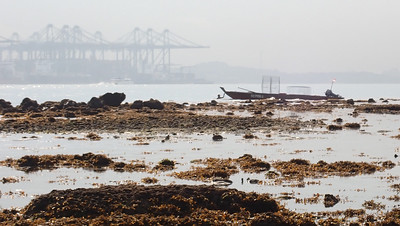 On the way home, the emissions from the petrochemical plants on Pulau Bukom become obvious. As is the brown layer of air pollution over the area. 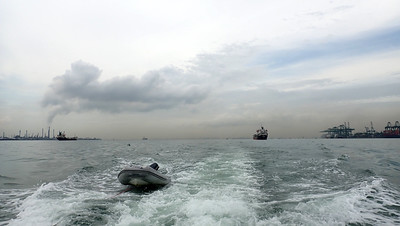 Let's hope the beautiful shores of Cyrene stay safe until we can return again.