Minutes from the Central Business District are the living reefs of Kusu Island! We survey it well before dawn, with the lights of mainland Singapore on the horizon. 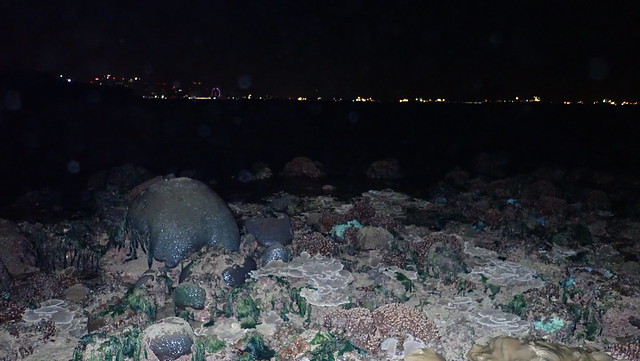 The corals are doing well and seagrasses too! The rest of the team had awesome sightings: Giant clam, cone snails, moray eel, special stingray, feather stars and more. Unfortunately, I came across a large fish trap laid on living corals.


Kusu Island was closed due to asbestos in May 2018. Our last survey here was in Dec 2018 after the island was reopened. Today, I started at the reef edge facing the mainland. They were doing well! 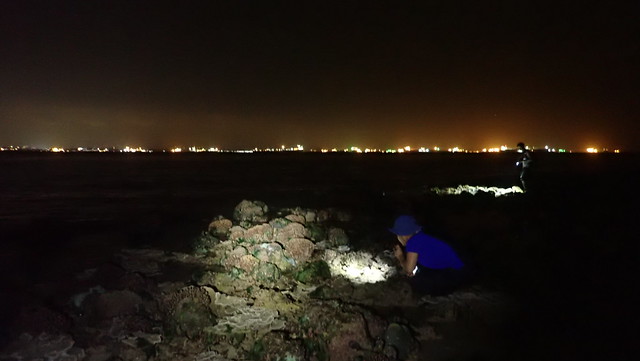 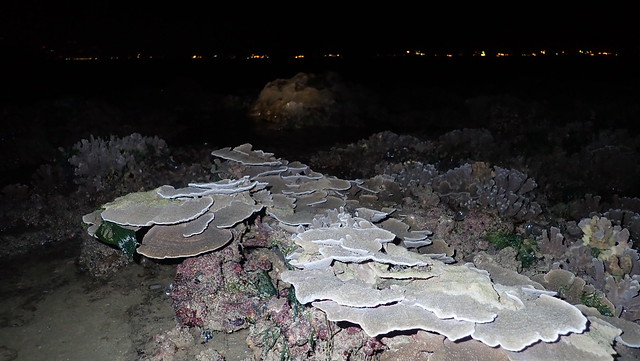 There were also many large colonies of leathery soft corals. 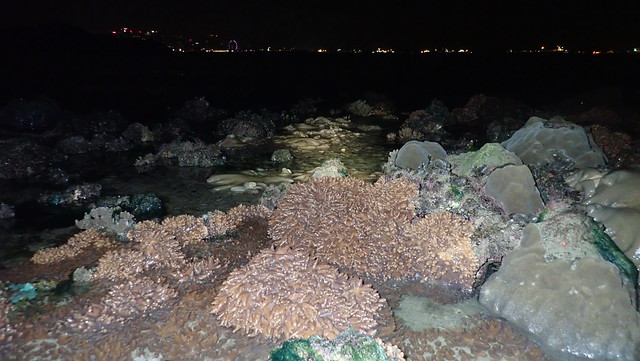 The huge colony of Boulder horn coral is still there and doing well. If anything, it seems to have grown larger. I don't often come across this coral on our shores. 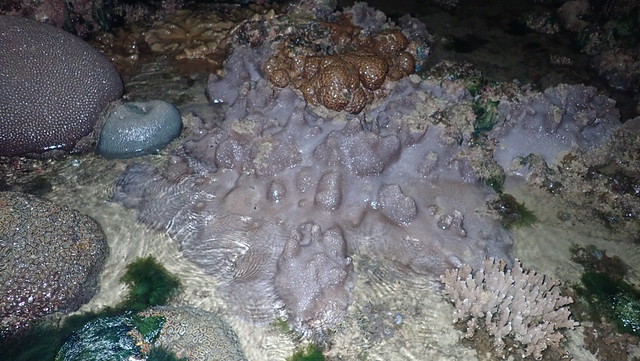 Corals were also growing inside the lagoon. 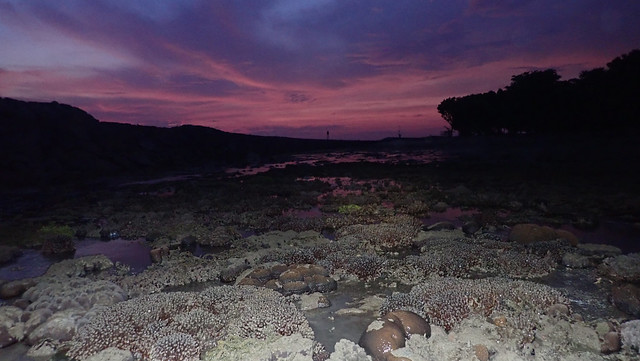 I was glad to see the patch of Branching montipora coral was still there. 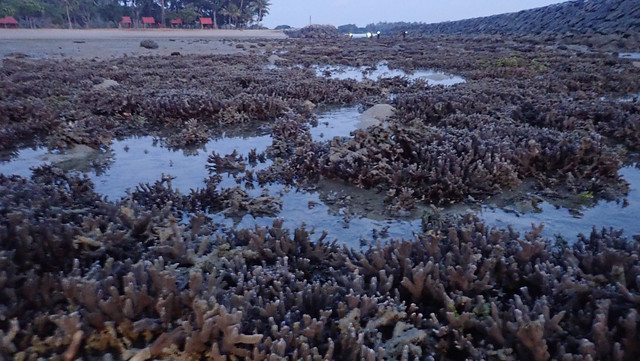 It was great to see common corals that were looking healthy. 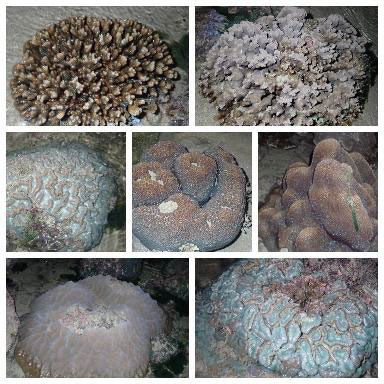 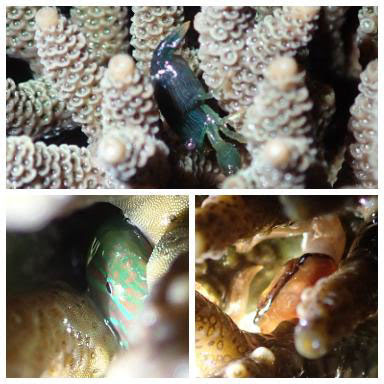 There were many Arabian cowries too, similar to what we saw yesterday at East Coast Park. They were also about the same size. Is it some kind of seasonal bloom? 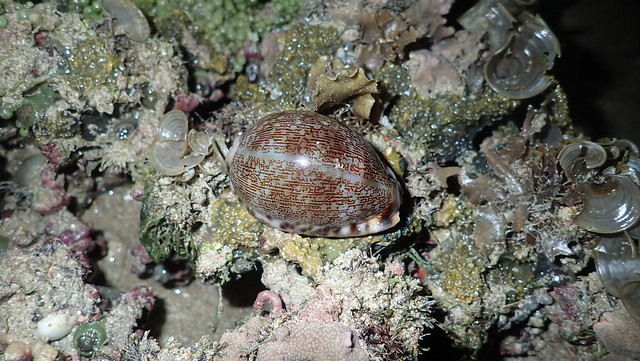 Richard saw this snail which we think is a cone snail.
There were still many Magnificent anemones. Finally, in a long while, I saw some Clown anemonefishes in a Giant carpet anemone, stranded out of the anemone at low tide - they will be fine after the tide turns. I also saw what might be a Merten's carpet anemone, which is not so commonly seen. Sadly, I didn't see any Haddon's carpet anemones on the seagrassy area. The rest of the team saw Fire anemones and other anemones. 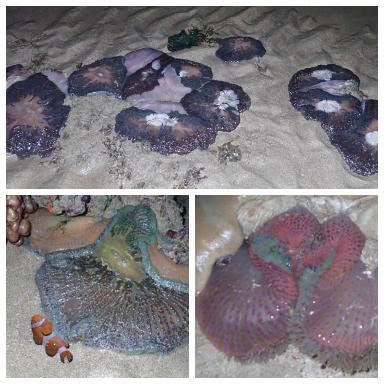 There were many Common sea stars as well as many large Cake sand dollars. I also saw one Big synaptid sea cucumber. 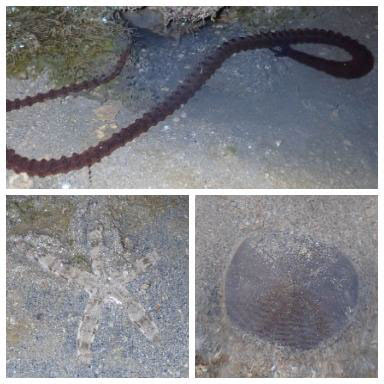 It was nice to see a Very hairy hermit crab, which tends to grow very large and usually only seen in good reefs. There were also many Swimming crabs of all kinds. 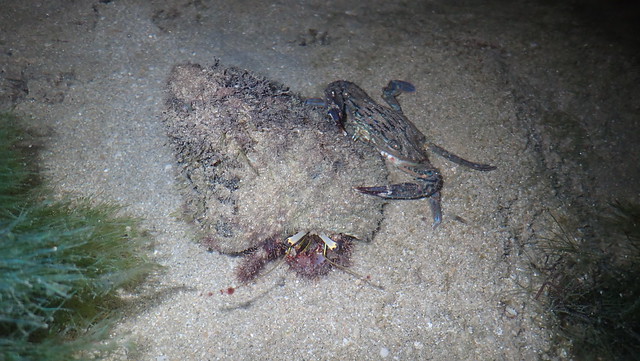 The big lagoon still has seagrasses, with sprinkles of Spoon seagrass with tiny leaves and Needle seagrasses with narrow leaves. The bloom of Sea Lettuce seaweed in the big lagoon seems to have gone! We have been seeing this bloom for years. 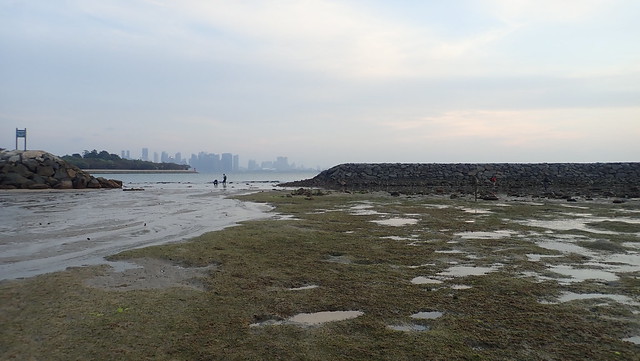 Unfortunately, the first thing I saw on the reef edge was a huge bubu (fish trap) with 6 large groupers and 1 Blue spotted fantail ray. The trap was laid on living corals and corals were used to wedge it down. It seemed to have been there for some time as seaweeds were growing on the trap. 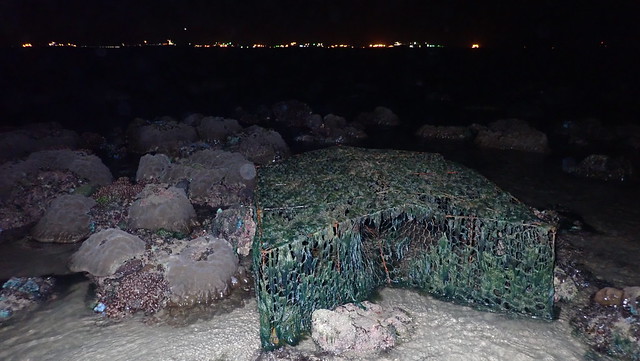 All the fishes were released, the trap was disabled and brought up to the high shore. 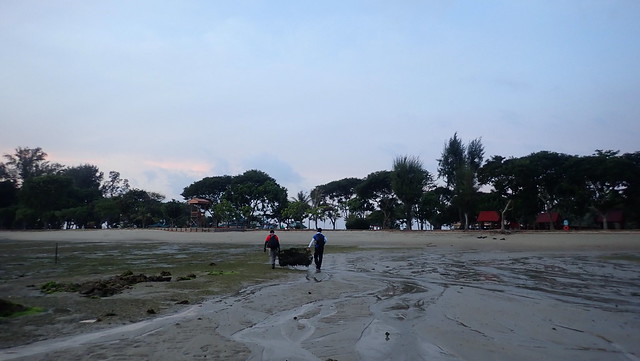 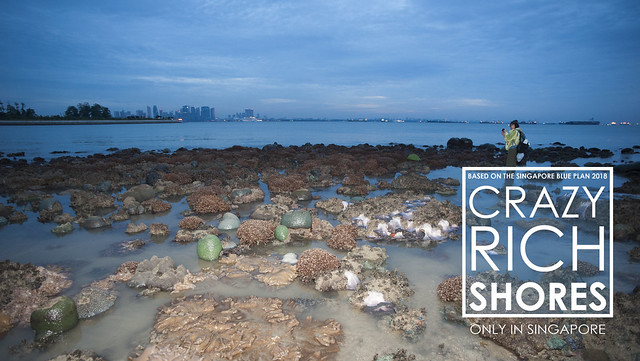 
Photos by others on the trip.


Others on this trip: Juria Toramae.
Posted by Ria Tan at 2:18 PM