We return to this submerged reef for the first time since Aug 2016, when it was hit by mass coral bleaching. 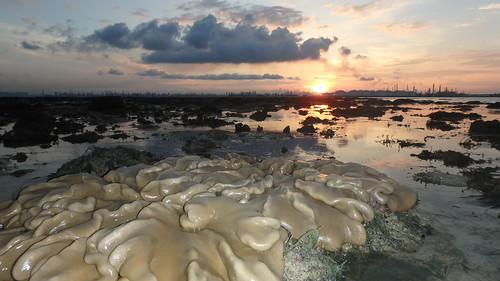 There are not many corals on this rocky submerged reef. In Aug 2016, we estimated about 20-30% of the hard corals are bleaching. About 20-40% of the leathery soft corals were bleaching. We estimate 20-30% of the corals have died recently.
Today, it was a relief to see that most of the corals were no longer bleaching, although many corals look like they took a beating with large dead patches. The Giant clam is still alright, and seagrasses seem to be doing very well. 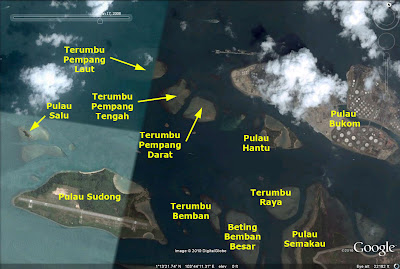 Here's a brief clip of the reef. This shore does not have many intertidal corals even in the past. 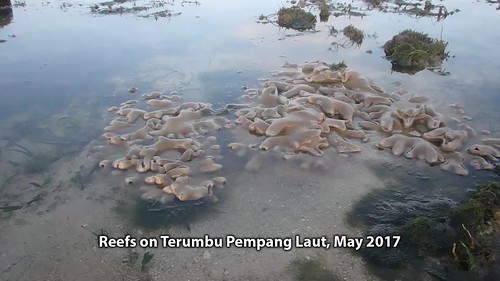 Most of the large corals I saw were Merulinid corals. I saw a few colonies with bleaching patches, many with dead portions. 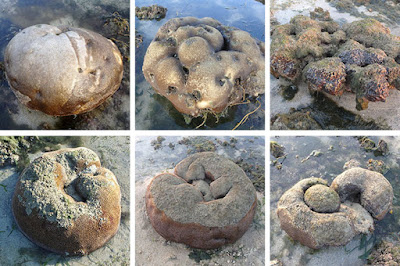 I saw a few Boulder pore corals, many with large dead portions, some were pale. The Branching pore corals seemed to do better.

I saw a few Anemone corals, one Carnation coral, one Galaxy coral, one Brain coral, all were alright. I saw many Cauliflower corals, some were alright, others had large dead portions. 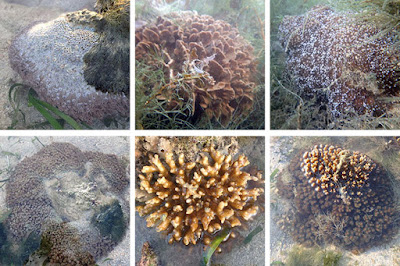 I saw a few leathery soft corals, though not as many as before the mass coral bleaching. Those I saw were mostly alright. Although this one had very odd bumps on it.

And this small leathery soft coral had dead portions on the edges while the centre was still alright. 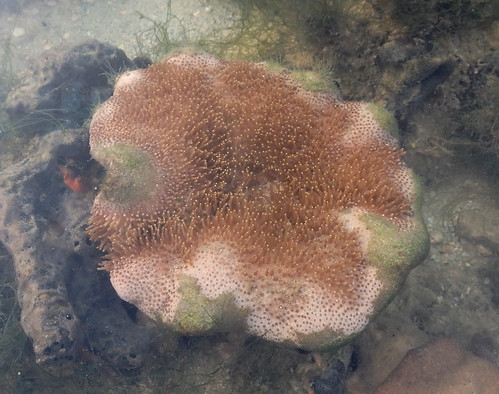 It was nice to see some Asparagus flowery soft coral that were not bleaching.

I saw a few Giant carpet anemones, and a cluster of many Magnificent anemones, none had anemonefishes. I saw one Haddon's carpet anemone and one Cerianthid. But I didn't come across any Frilly anemones or Fire anemones. 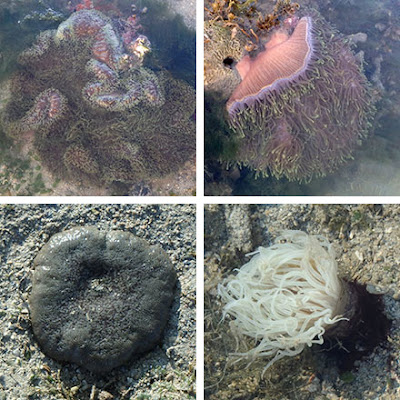 The Fluted giant clam on the shore seems alright! We saw it first in Jun 2014. 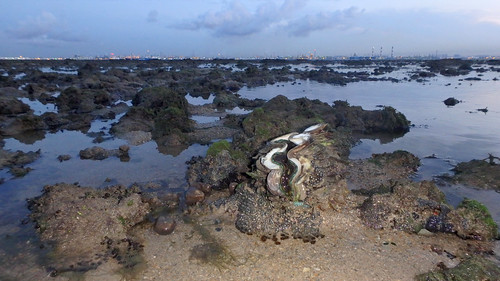 There were a few Common sea stars near the seagrass meadows in the middle of the reef, most were in 'mating' position. The sandy area also had a lot of Oval moon snails.

Throughout our trip, a flock of Little terns were busy catching tiny fishes and chasing one another. They also rested on the shore. 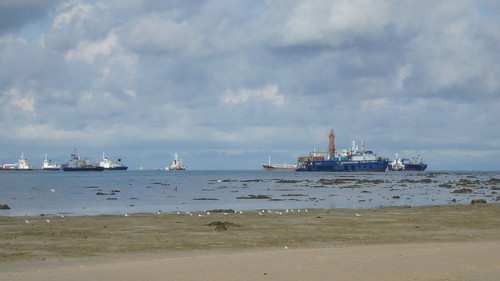 Pei Yan flew the drone and got footage of a shark! This also shows the extent of seaweed bloom on the reefs.

I was glad to see that the seagrass meadows appear more lush. There were denser growths of Spoon seagrass (large and small leaf blades) and Sickle seagrass, although many patches were heavily covered in epiphytes. 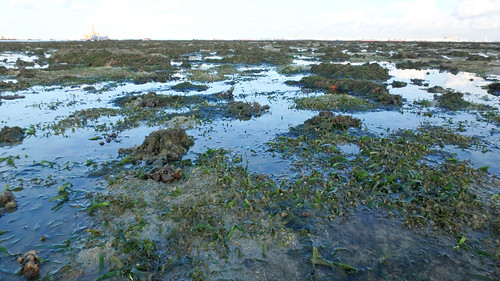 I also saw Tape seagrass, some cropped, others with long leaf blades. None of them were flowering. The black filamentous cyanobacteria stuff is no longer coating the seagrassy area. But I didn't any dugong feeding trails unlike our last trip in Aug 2016. 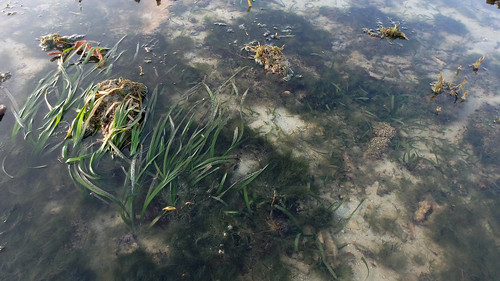 Here's a brief clip of the seagrass meadows on Terumbu Pempang Laut. 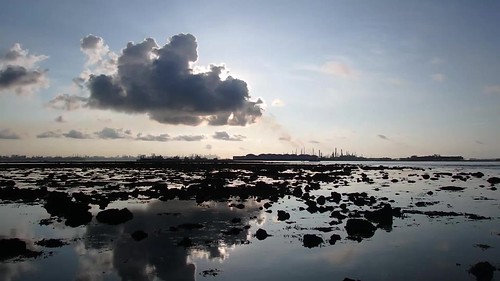 As is common on many of our submerged reefs, there are signs of boat strikes. 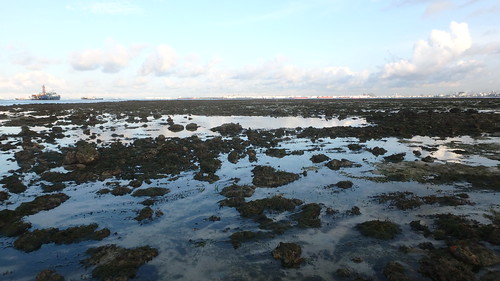 The evidence is obvious, a deep hole with piles of corals on the edges where the ship 'ploughed' up the ground. But nature soon takes over and corals, fish and other animals settle into the deep pool. 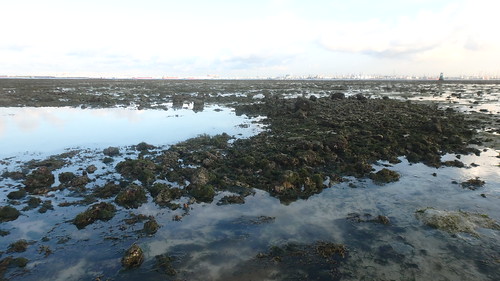 It was a scorching hot day. Ironically, the cloud of emissions that built up over the petrochemical plants on Pulau Bukom blocked the morning sun out for a while. 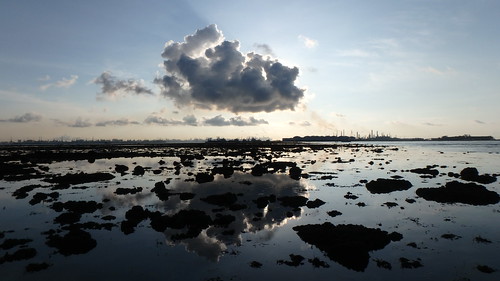 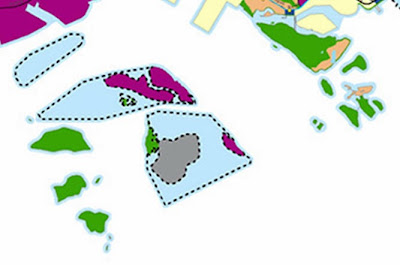 Singapore's submerged reefs are often out of sight under the high tide and thus forgotten. Let's hope Terumbu Pempang Laut stays safe until we can visit again.

Others on this trip: Richard Kuah, Lisa Lim.
Posted by Ria Tan at 5:11 PM