We revisit this part of the huge reef for the first time since Jun 2016 when it was suffering from mass coral bleaching. 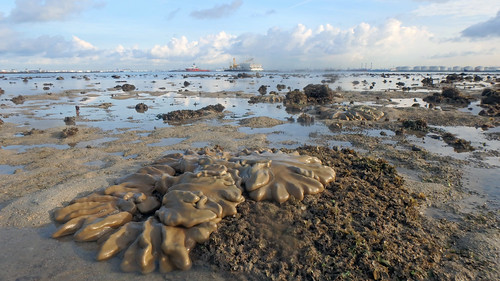 In Jun 2016, the survey team estimates about 50% of the hard corals we saw were bleaching, 50% for leathery soft corals and 10% for sea anemones.
Today, there was no mass coral bleaching, but many large corals had bleaching patches or dead patches. And the reefy areas appear to have been taken over by various seaweeds. But we did find interesting animals and there are seagrasses in the middle of the reef. 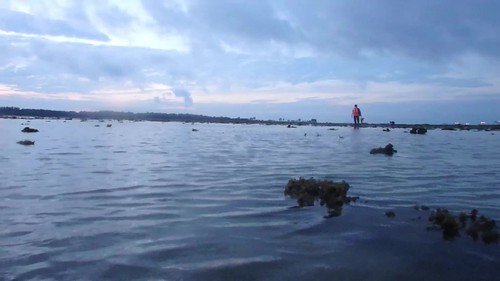 We had to be careful where we stepped as there were many Blue-spotted fantail rays on the shore. 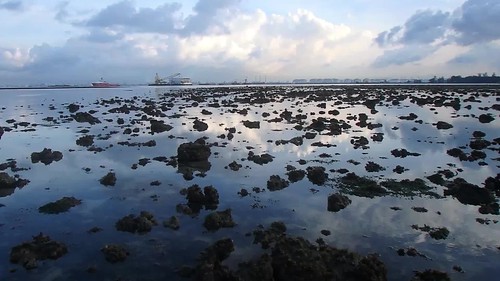 Another intriguing creature that I came across was this very long, very hungry Big synaptid sea cucumber. 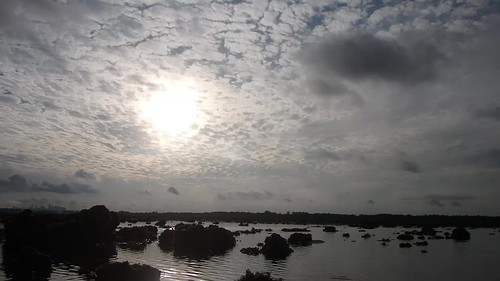 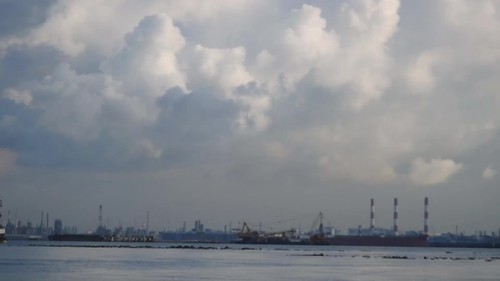 Some of the large coral colonies still had bleaching portions. 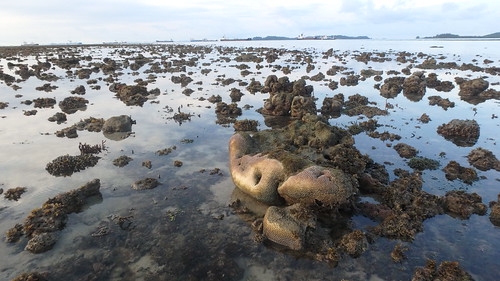 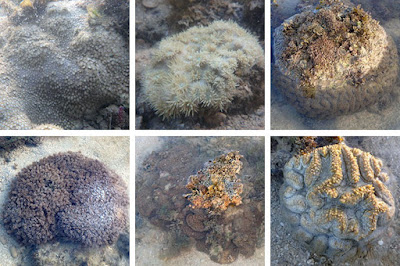 Some special corals I saw include a small colony of Anchor coral, a small Galaxy coral and one Tongue mushroom coral.

I saw a few Sandpaper corals, most  had dead portions. I saw several Cauliflower corals that were alright.  I saw small Stumpy acropora coral colonies with dead portions.

The field of Branching montipora corals on the high shore were mostly dead, with about 20% live portions. More living portions towards the low water mark. 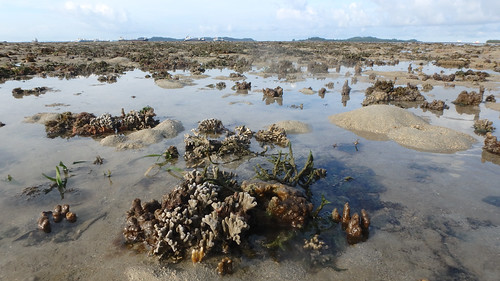 Most of the corals I saw were Merulinid corals of various kinds. Some of the smaller colonies looked alright, but many had bleaching or dead portions. 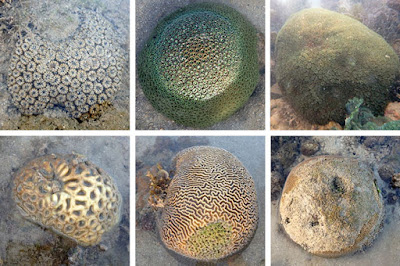 Many of the large Merulinid colonies had dead or bleaching portions. Although some of the Boulder pore corals were alright. 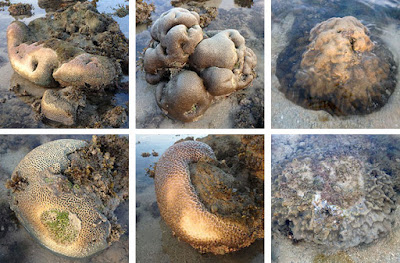 I saw some huge leathery soft corals that were alright. But some were clusters of smaller colonies, possibly a result of a larger colony 'melting' into smaller pieces. 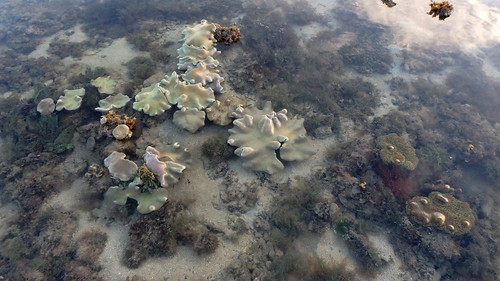 I also saw some with odd colours, and some that were covered with epiphytes. I didn't see any flowery soft corals.

There were sprinkles of seagrasses everywhere. With denser patches in the middle of the reef. But these dense patches were heavily covered in ephiphytes. 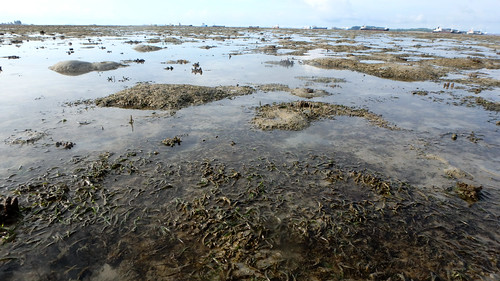 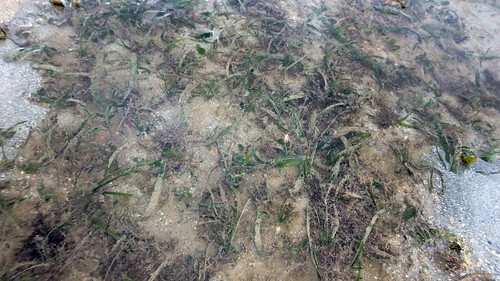 There were some Tape seagrass. Some were cropped, others were long (about 30cm). I sense the seagrasses here were a little better in Jun 2016, less heavily covered in ephiphytes and with more animals seen among them. 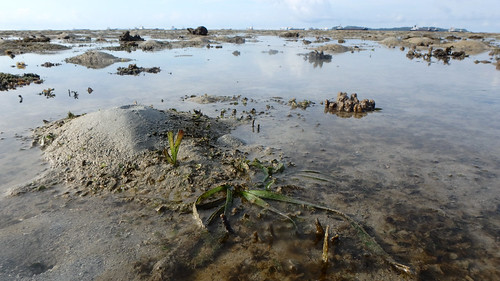 Here's a video of the seagrasses today. 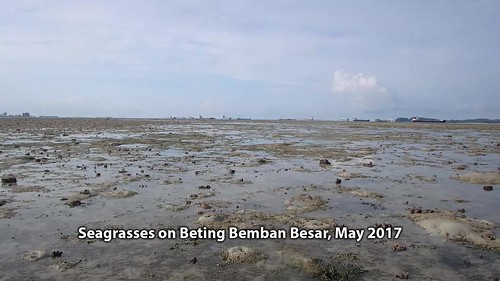 This submerged reef lies opposite Pulau Semakau. Alas, we didn't see any Knobbly sea stars though I looked in the same area where we saw them during our last survey in Jun 2015. Russel found a huge fish trap with a large pufferfish in it. He managed to release the fish and destroy the trap.

We surveyed the eastern side of Beting Bemban Besar a few months ago in Mar 2017. There I saw a variety of corals, most were not bleaching but I did see some that were very pale. And the seagrasses there were also doing well.

Others on this trip: Heng Pei Yan.

Meanwhile, at the same time, Liz Lim was on nearby Pulau Semakau shore with TeamSeagrass