I had a lovely day out for the first free monthly guided walk at Chek Jawa for 2017 by the Naked Hermit Crabs. 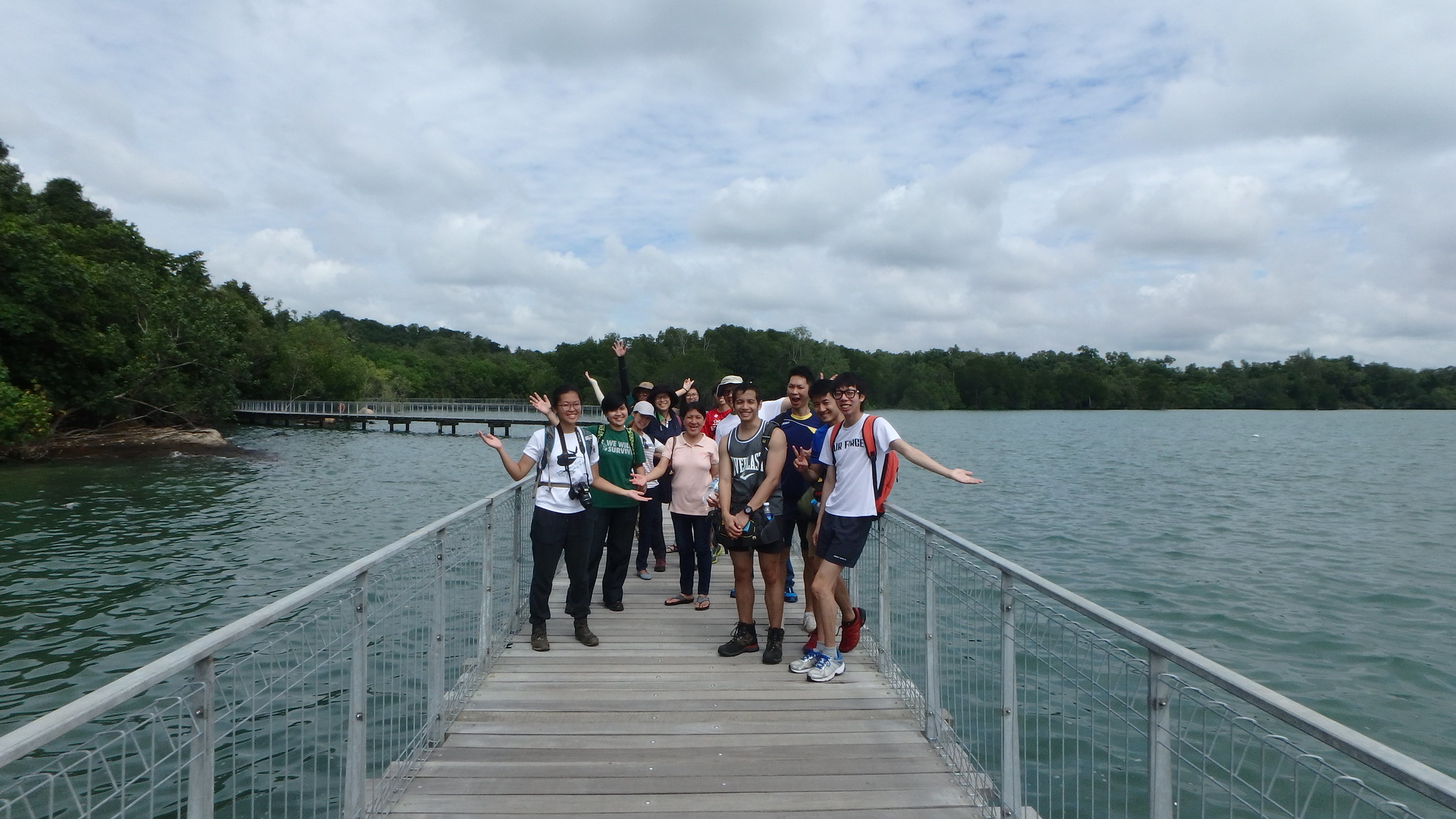 It's great to visit Chek Jawa at high tide! Otters were spotted from the Jejawi tower! Alas, I saw a large barge and workboat parked on Chek Jawa and small boats speeding through Chek Jawa waters.


We had a very enthusiastic and fun group of visitors with us! Not too large a group, so Ley Kun and I could do the walk together. Such a treat for me! 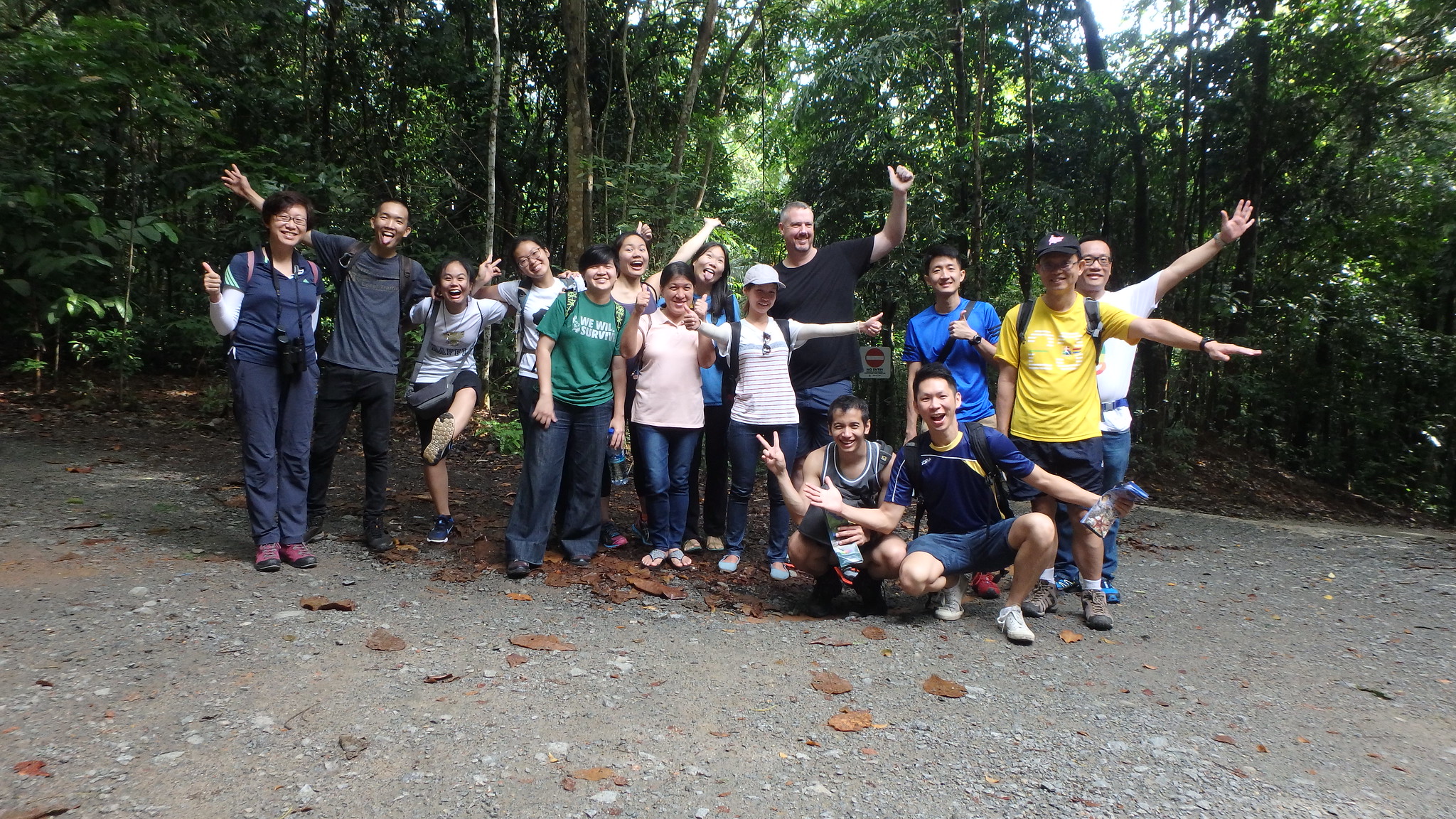 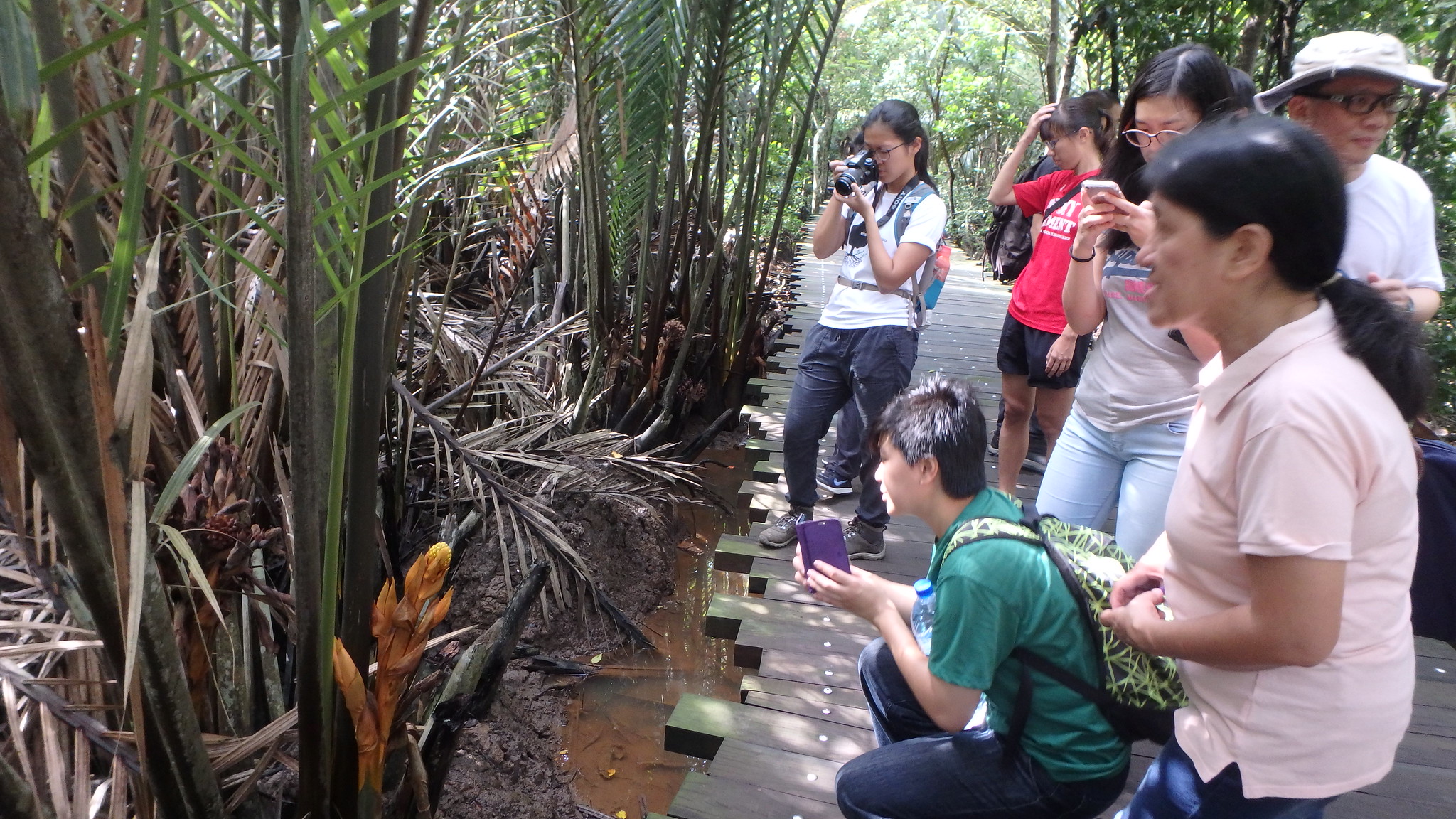 A nice photo with a rather well camouflaged Malayan water monitor lizard! We also saw some Giant mudskippers, a Magpie robin, and pondered about how snails know when and how high to climb up a tree to avoid predators coming in with the tide. The highlight was spotting a family of otters (about 4 of them) from the top of Jejawi Tower! 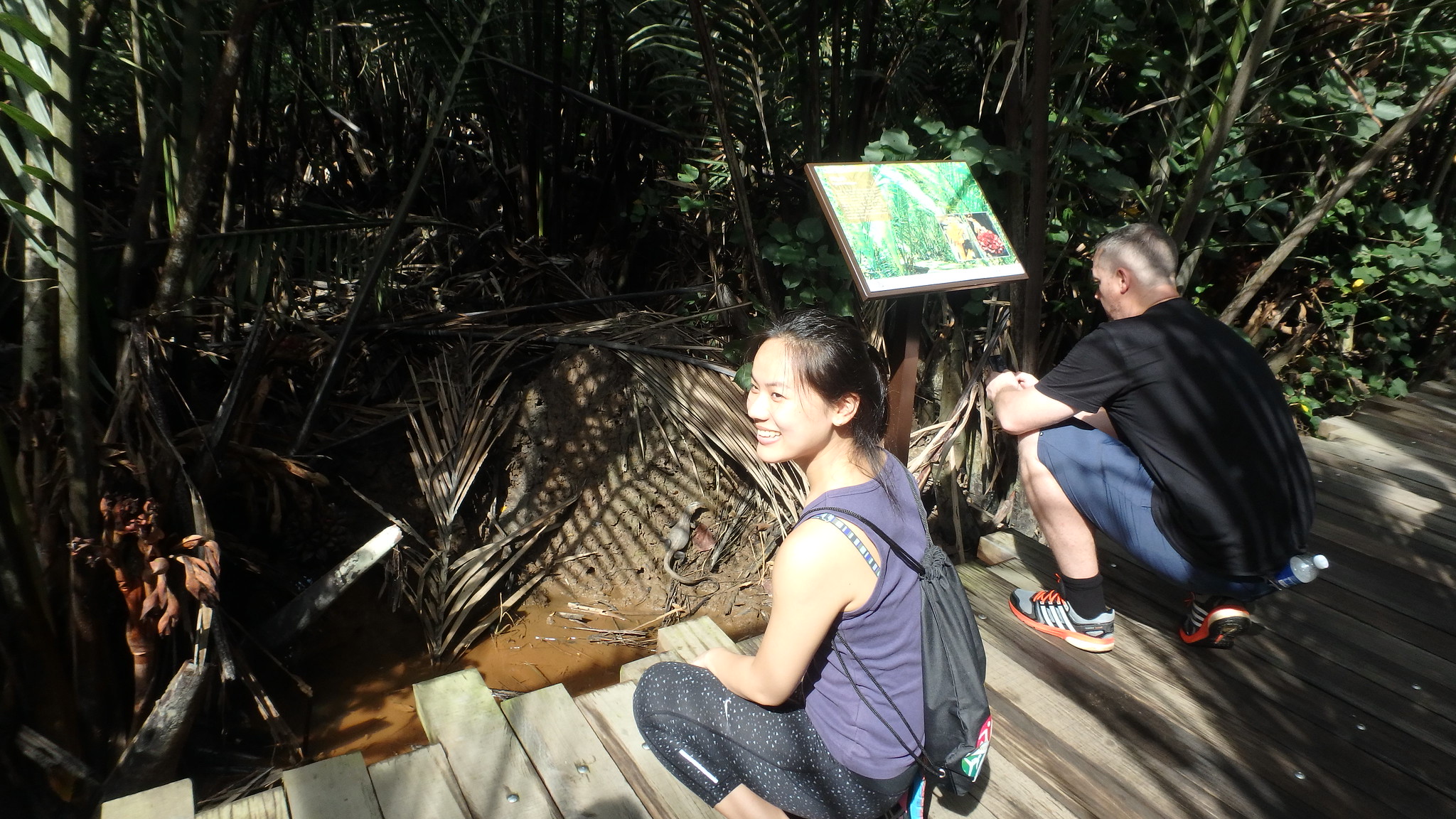 
Despite the Notice, such activities continue to happen. In the short time that we were at the Coastal Boardwalk, I saw first one, then two boats speed past the Chek Jawa front beacon well within the area designated as Chek Jawa Wetlands. 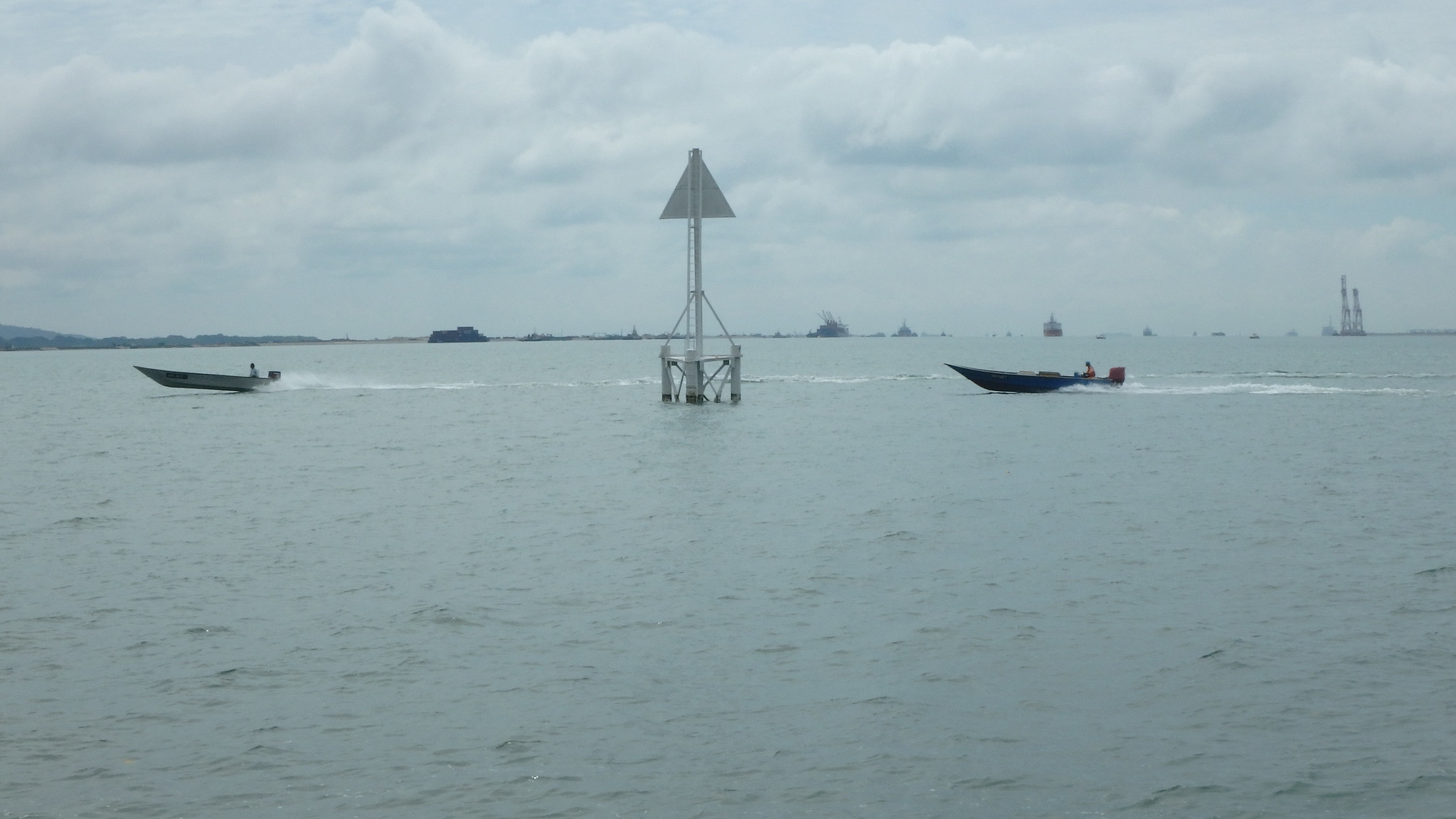 A fourth boat speeds past Pulau Sekudu while a larger workboat appears to be parked on Chek Jawa. 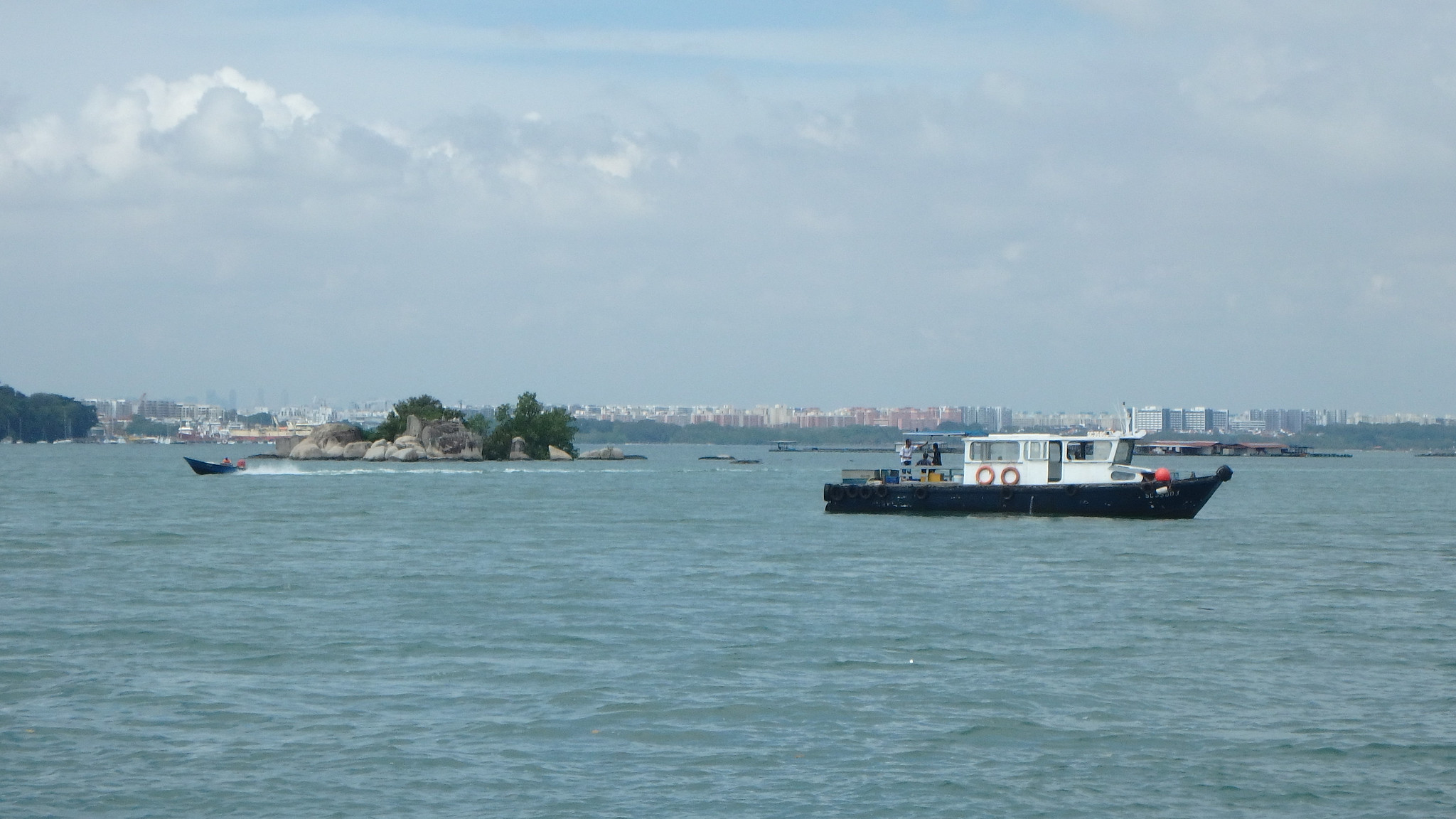 A closer look at the big work boat. 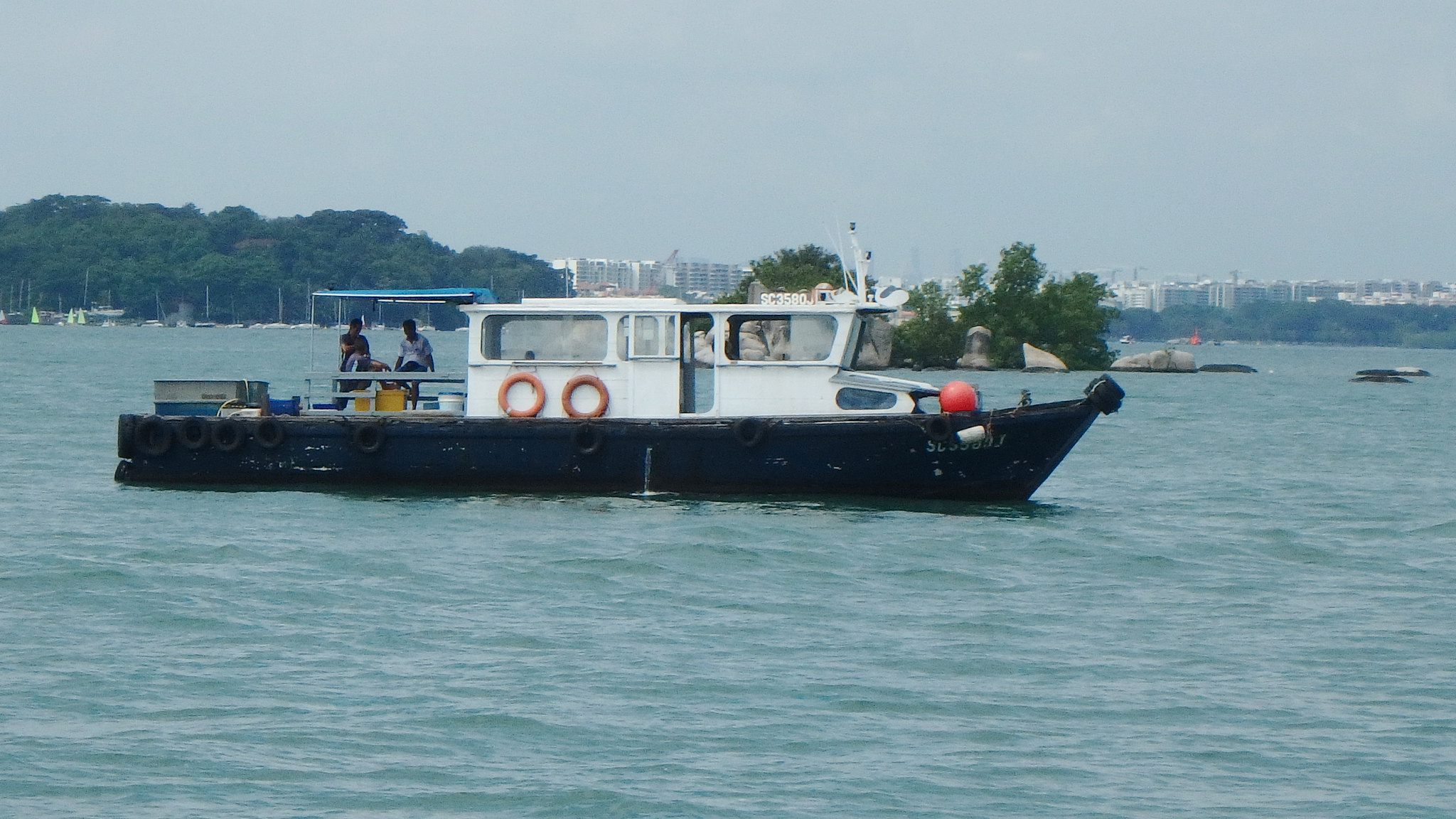 There appears to be a humungous barge parked on the northern side of the Chek Jawa Wetlands area nearer the mouth of the Johor River. More about how more is need to enhance enforcement of Chek Jawa Wetlands in this earlier blog post. Zooming boats may churn up seagrass and disturb dugongs that feed on them at Chek Jawa. On the Coastal Boardwalk, Ley Kun shares more about her encounter with a real life dugong during a Naked Hermit Crab walk in Oct 2013! 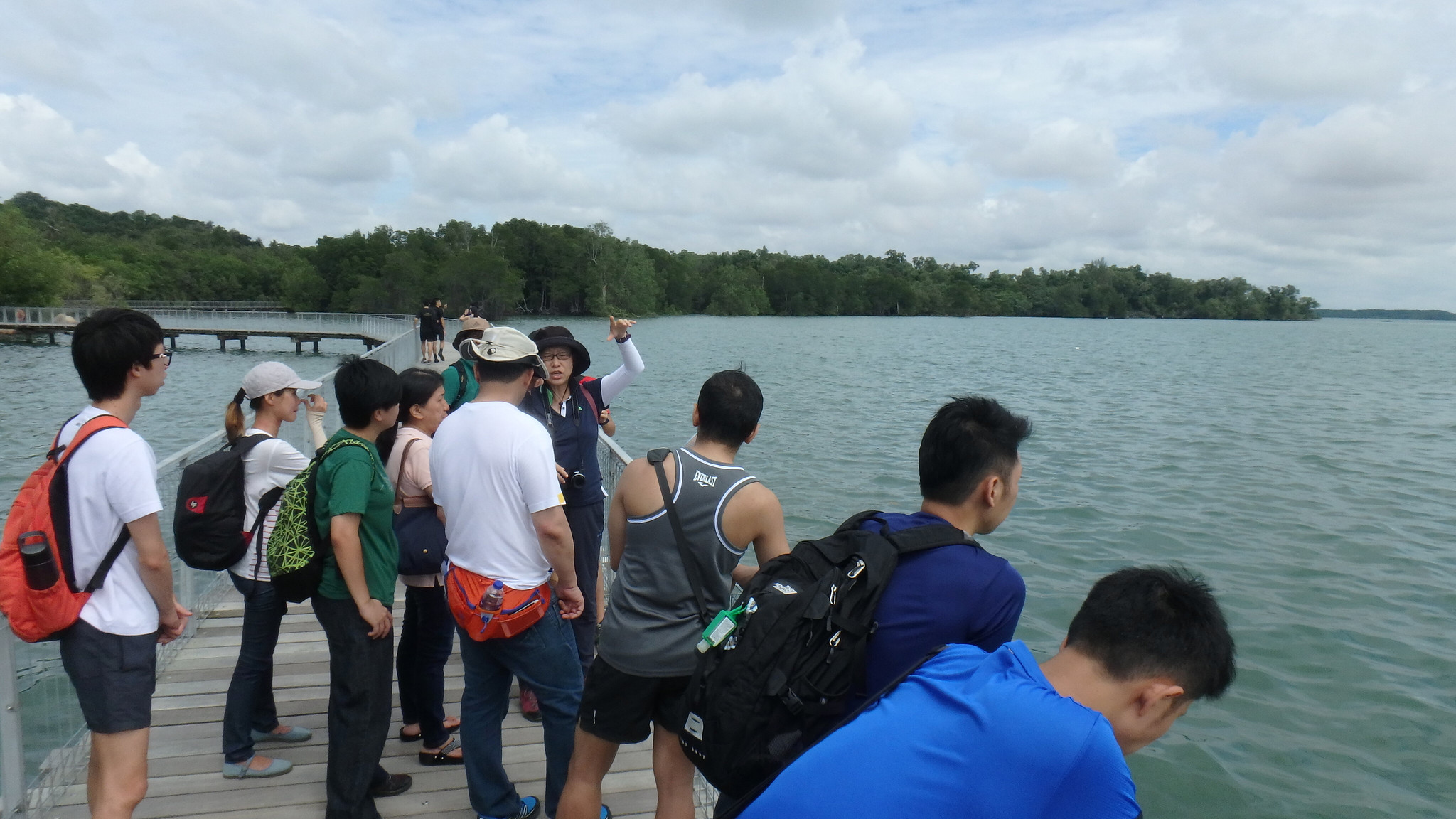 Chek Jawa has some of Singapore's last natural coastal cliffs cloaked in a forest of plants now rare elsewhere in Singapore. From the boardwalk, I saw what appears to be a tree fall and landslide. I am very glad that NParks is providing recycling bins at Chek Jawa. Despite years of effort by NParks, NEA still does not provide this service. So bravo to NParks for doing this. 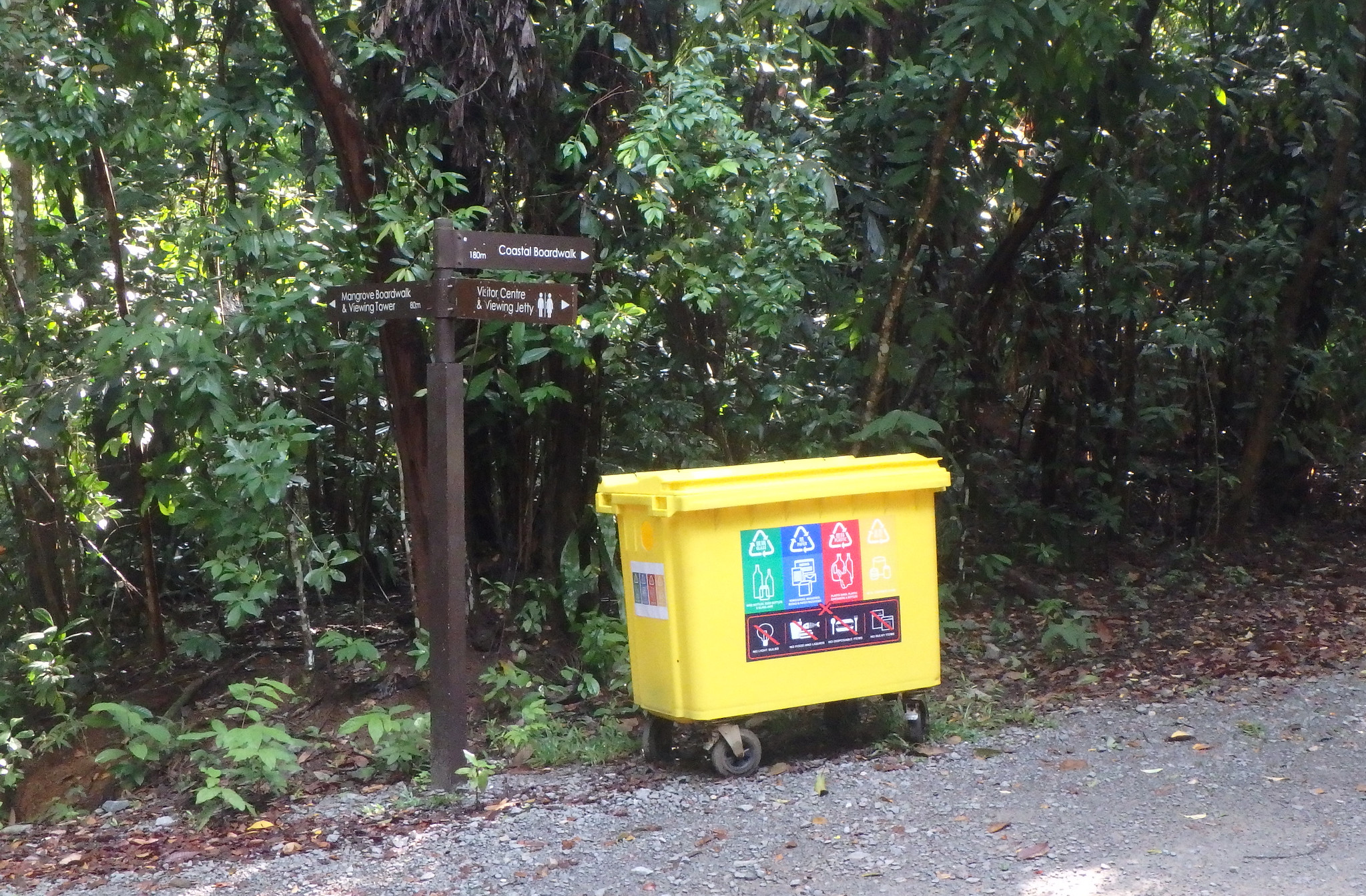 It's always a joy for me to see kids at Pulau Ubin. 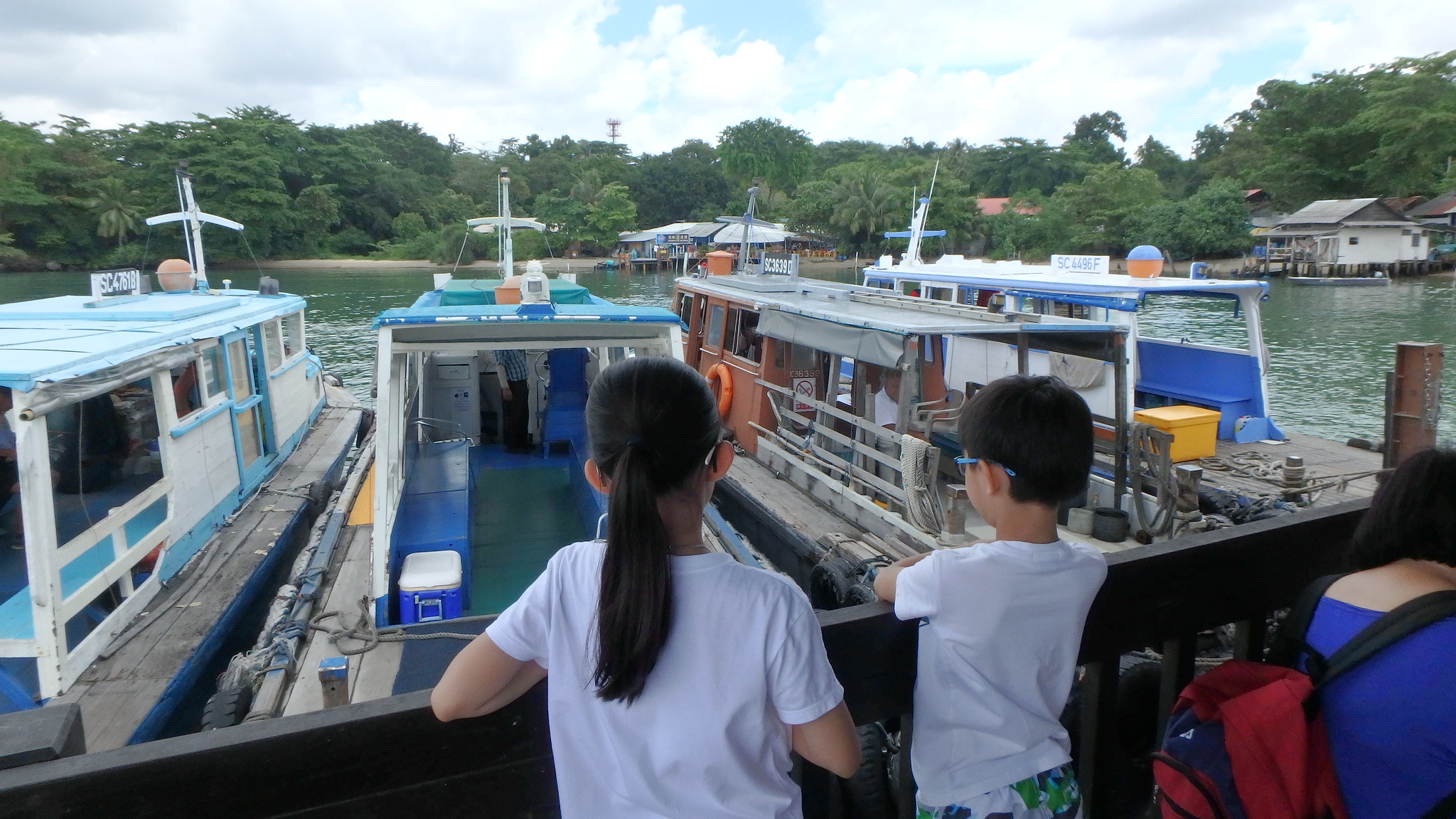 On the way home, from the bumboat, I could see yellowing leaves and bare branches on the big Sea hibiscus in Changi Creek that was affected by the East Johor oil spill last month. 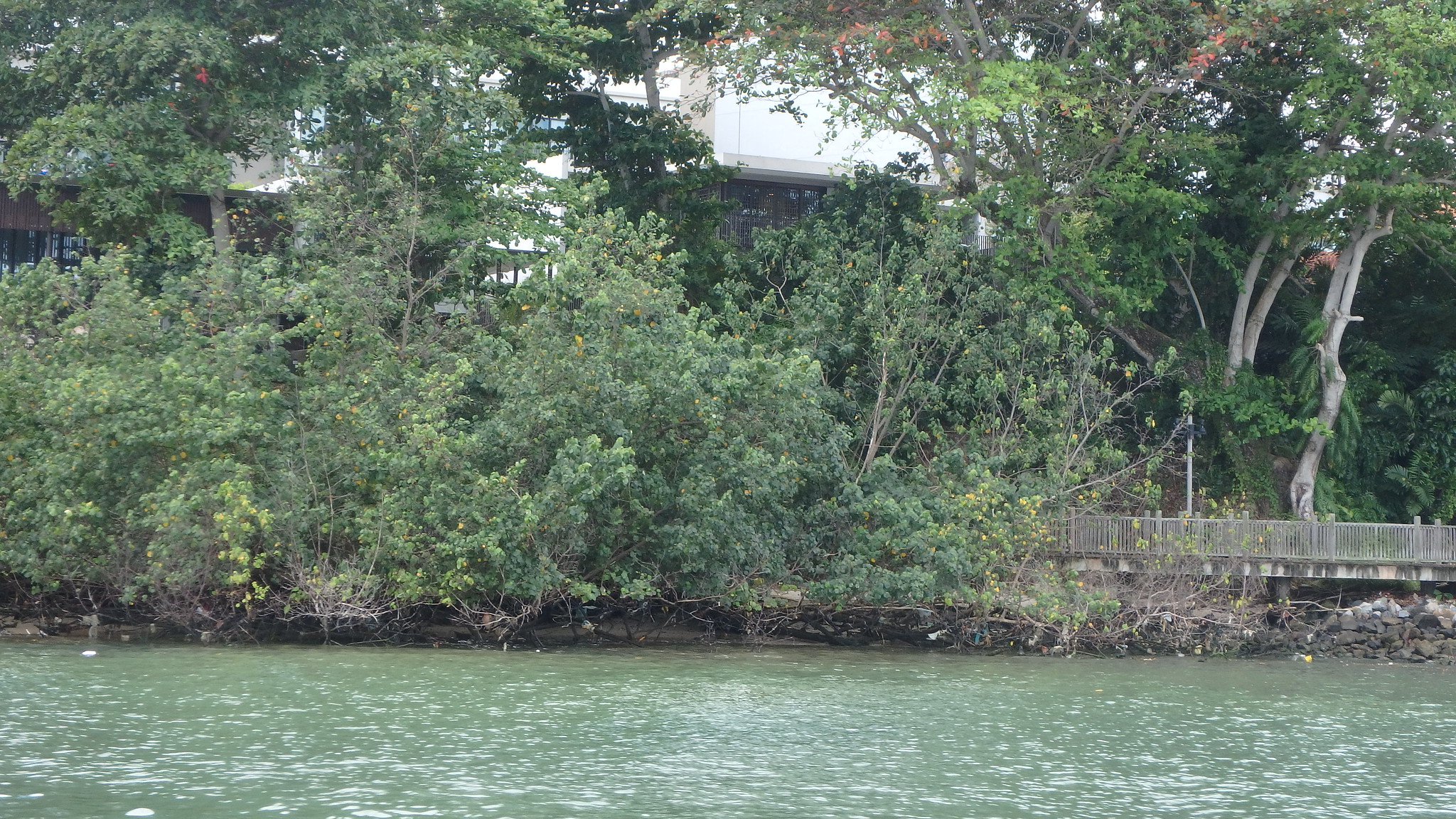 Signs of the oil spill are still visible at the Changi Point Ferry Terminal. 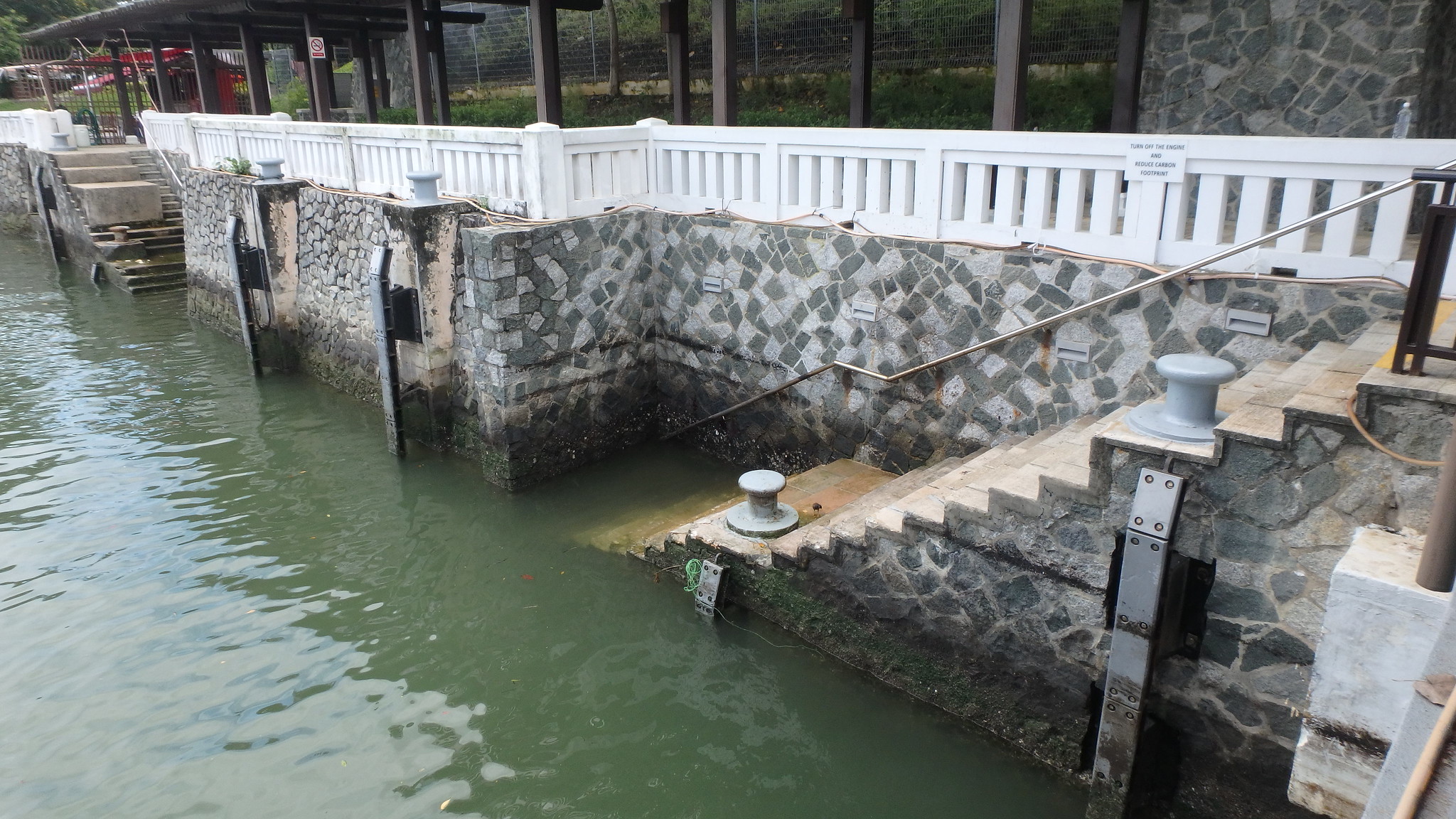 But it was nice to see lots of fishes at the Terminal. 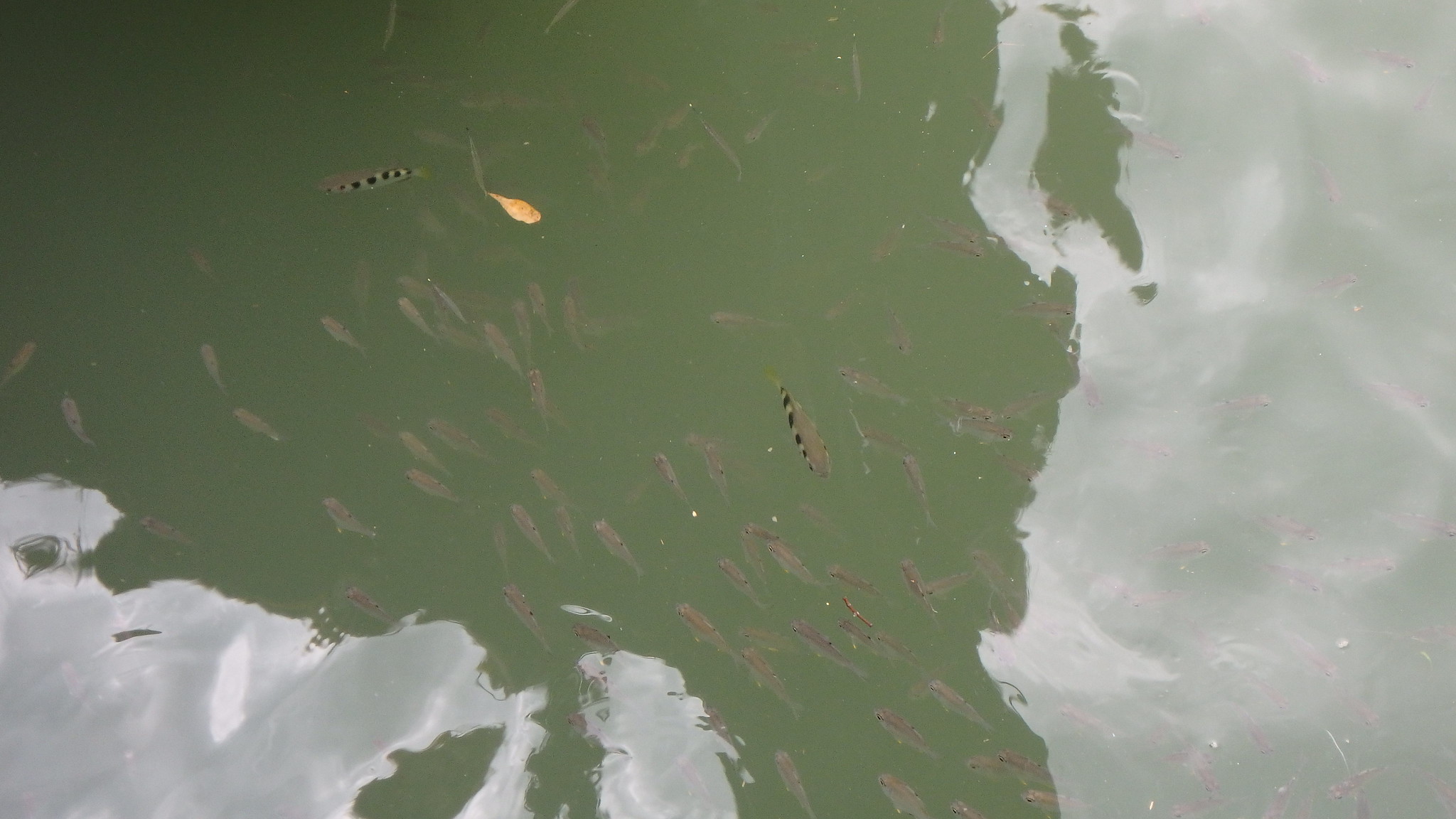 Goodbye to Pulau Ubin, until next time! More photos of our walk thanks to Mohammad Juhari


To get updates on the next free monthly guided walk at Chek Jawa, subscribe to the Naked Hermit Crab blog.