Over the last few days, more have shared sightings of oil on our Northern shores. And some have also shared NO oil sighted on some other shores. Thank you everyone for your valuable reports!
As at 8 Jan (Sun) evening, oil patches still reported at Changi. On 7 Jan (Sat), there were many reports of oil at Changi Creek, Changi Beach and Pulau Ubin: Chek Jawa and Sungei Mamam. On 6 Jan (Fri), oil started to impact the mangroves of Pulau Ketam and Sungei Puaka, Pulau Ubin. Checks show no oil at Sembawang and Seletar, and Pasir Ris mangroves. The 'Wan Hai' (that punched the hole in the APL Denver and caused the oil spill) apparently already left Pasir Gudang on 7 Jan (Sat) afternoon.

Please continue to share your sightings of oil, NO oil and oil being cleaned up (or not). Thank you!

His photos suggests no oil in upstream Sungei Jelutong. He also included photos of oiled Mamam beach being cleaned up (yellow bags of collected oily sand)


Ng Siak Juay with Phillip Lim on 8 Jan (Sun) surveyed the southern shores of Pulau Ubin. Noting a new boom across the mouth of Sungei Puaka which was not there since the oil spill up to Friday, it was possibly laid on Saturday.


Buffy Stin shared: "Went there (Changi Creek) 11am on 8 Jan Sunday morning, the whole stretch of rocky bank opposite the Changi Point Ferry terminal looks bad with thick black oil stuck between them! Looks like the crabs and barnacles were the first to be exterminated!"

David Sand shared: "Look inbetween those rock, still leaching oil on sunday! Even the concrete side and grass bank at the only mango tree is covered with oil! The few mangrove stapling there been cut and removed too!"

Thanks to Ivan Kwan for this very detailed check on a long stretch of Changi beach on 8 Jan (Sun): "Checking Changi Beach for signs of the oil spill and its impacts.

My general impression is that most of the oil seems to have been removed from the beach. The booms and other measures to prevent the oil from reaching the coast probably weren't enough, but the people involved in removal of oil from the beach itself did a really commendable job.

The sand may be clean, but assorted pieces of debris coated in oil, including plastic trash such as bottles and styrofoam, as well as plant matter such as leaves and twigs, were still drifted in and getting washed up onto the beach. Despite this, sandhoppers and isopods were abundant on the beach, as were ghost crabs. A few carcasses of assorted marine creatures were found, although there's no indication that any of these animals were killed by the oil spill. Two of the dead fishes found on the beach might have floated over from the fish farms offshore.

Many ragworms, covered in sand and still alive, were stranded on the beach between Carparks 4 and 1. These worms typically burrow in fine, wet sand, and wouldn't ordinarily be seen so high up on the shore. One possibility is that these worms were adults that had undergone epigamy - a process seen in many marine worm species; upon reaching sexual maturity, the adult worms undergo physical and behavioural changes. Instead of living in burrows, they become active swimmers, forming swarms close to the surface of the water. These swarms bring individuals closer together, increasing the rate of fertilisation. It's possible that all these ragworms had been swarming and were washed up onto the beach by the tide.

A dark brown slick was seen along the seawall between Carpark 6 and the SAF Ferry Terminal - hopefully it did not make landfall.
What's worrying though is that oil still covered some areas, such as canal walls, the rocks and breakwater near Carpark 4, as well as the sandbags, bakau poles, and geotextiles used to reduce erosion along the stretch between Carparks 4 and 5. The animals that have colonised these surfaces, such as various marine snails, as well as crustaceans such as crabs, barnacles, and sea slaters, are likely to be at greatest risk of being coated by oil or ingesting it. One crab was found among the bakau poles, stained with oil, although it was relatively active. The periwinkle snails living on the bakau poles appear to have been completely covered in oil.

Many small fishes, as well as a few young moon crabs, were seen along the beach directly opposite Changi Point Ferry Terminal, which is a good sign.

Here's hoping that the worst is over, and that the affected shores will recover."


The Herpetological Society of Singapore volunteers checked out the oil spill at Chek Jawa after their public walk at Ubin. And were involved in the rescue of a snake that fell into the oil spill! Here's more details. I heard the snake is now doing well.


Rachel Quek Siew Yean shared: "On 6 Jan 17 (Fri), I was out in the sea (Pulau Ketam and Sungai Puaka) to survey the direct effects of the oil spill near Johor on the mangroves in Ubin yesterday. There were thick oil residue/gunk covering the mangrove roots and it is absolutely disgusting."

Richard Kuah Boon Tiong shared on 6 Jan (Fri): Our northern coast, Sembawang was spared from oil spill. Did not see any oil patch in water and beach is rather clear. Started from Sembawang Park and ended at Simpang Kiri."


Ian Siah shared what he saw at Pasir Ris mangroves on 7 Jan (Sat): "The rivers were pretty clean but I observed a widespread film of scum in the mangrove forest at low tide."


8 Jan (Sun), a small team checked out Seletar east and was relieved to see 'clean' trash. Usually, the first sign of an oil spill landing on the shore are oil-coated plastic trash. 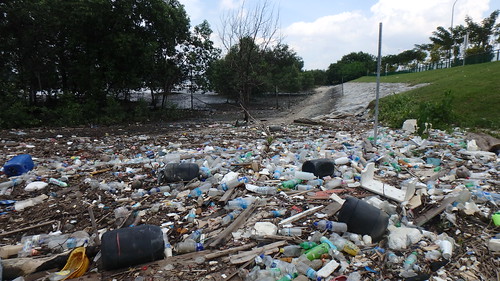 The kampung at Seletar is nestled among lush mangroves which are still doing fine. 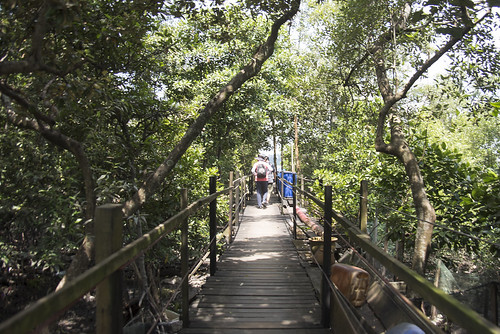 The mudflats attract shorebirds of all kinds. 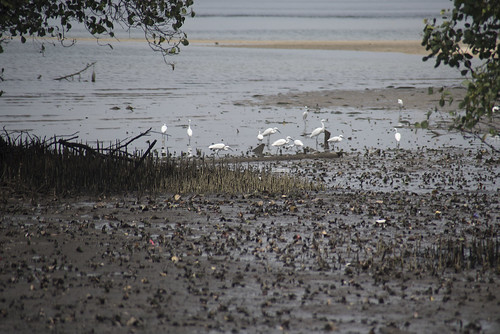 MORE photos of this trip by Wong Ley Kun