Back at Raffles Lighthouse after mass coral bleaching! And it is good to see many happy healthy hard and soft corals on the shore. 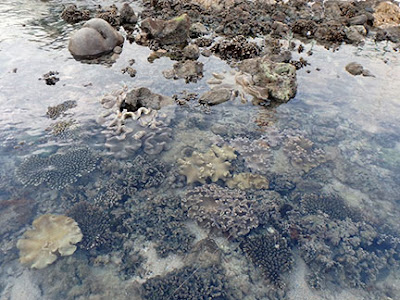 There were only a handful of corals still bleaching. But also signs of damage to now recovered corals, and some corals that have died. Thanks to Nicholas Yap for organising the trip as part of his survey of sea anemones and related animals in Singapore.


Among the first to greet me were happy anemonefishes and anemone shrimps in a healthy Giant carpet anemone! 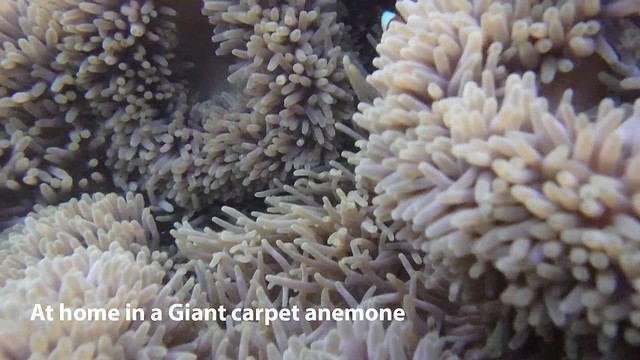 Here's a view of the corals in the lagoon. 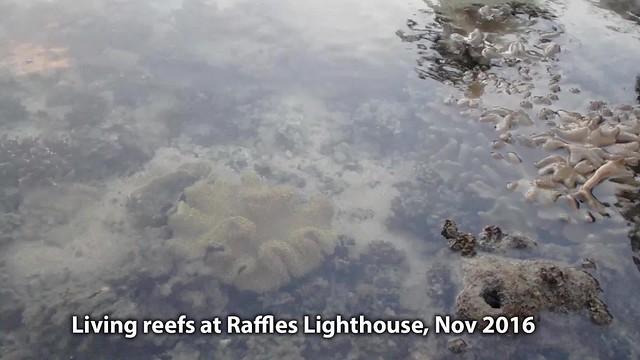 Our last trip here was in Aug 2016 when we estimated about 10-30% of hard corals are bleaching, while about 10-20% of leathery soft corals were bleaching. About 20% of the hard corals have died recently. Today, most of the corals that were alive were not bleaching. 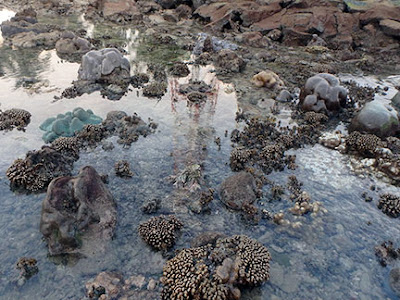 However, we did see many corals that recently died, like the boulder shaped coral at the lower left corner of this photo. 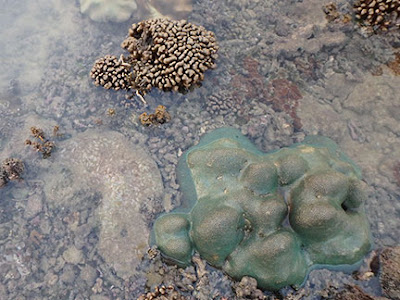 Another view of various corals. Some completely undamaged (right), some with damaged portions (left) and one totally dead (lower left). 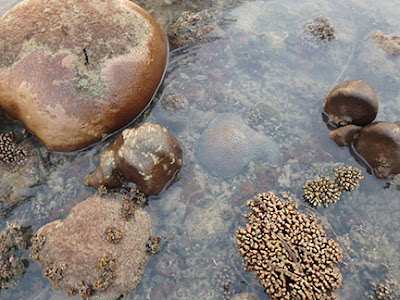 The big patch of Acropora coral was still alive, but most of the tips of the corals were dead and broken off. Since these coral grow from the tips, I wonder what this means for the colony? 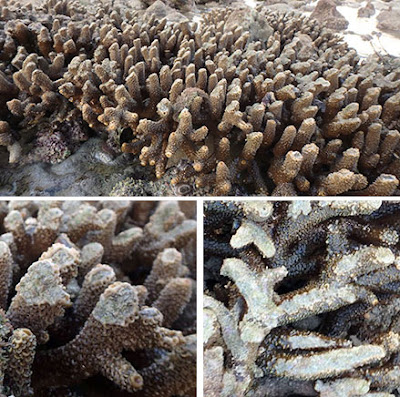 All the leathery soft corals I saw were alright. Although some were very small. I saw one Asparagus flowery soft coral that was rather pale but not bleaching.

Some patches of Sea mat zoanthids were still bleaching. While some large colonies were very pale with much of the colony dead. 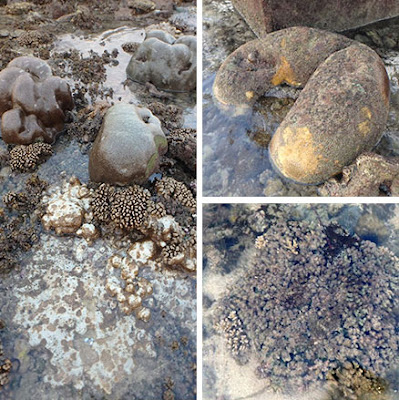 I was glad to see a few healthy Cauliflower and Sandpaper corals.

Here's a selection of some of the happy corals that I saw. 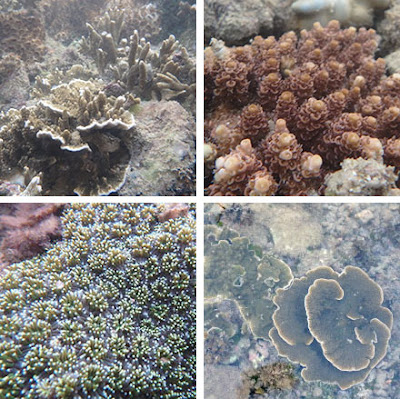 Mei Lin found a Burrowing giant clam! It's so pretty. Giant clams also have symbiotic algae and may succumb to coral bleaching. So it's nice to see a happy healty Giant clam. 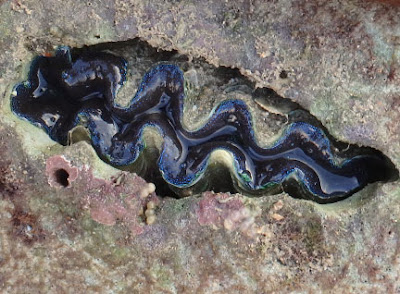 Pulau Biola nearby has some of Singapore's rarest coastal trees. Such as the Critically Endangered Mentigi (Pemphis acidula). Is the crispy brown treelet in the photo one of the Mentigi trees? Oh dear. 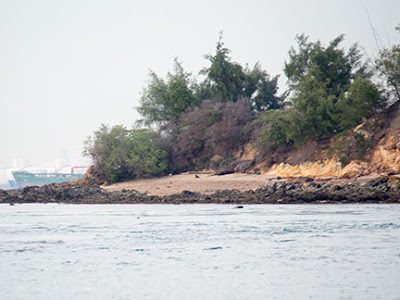 It's heartening to know that many corals have made it through the mass coral bleaching event.

Others on this trip: Mei Lin.