Beautiful Mandai mangroves! I'm back for the first time since I broke my foot, and my first attempt to try to survey in soft mud. 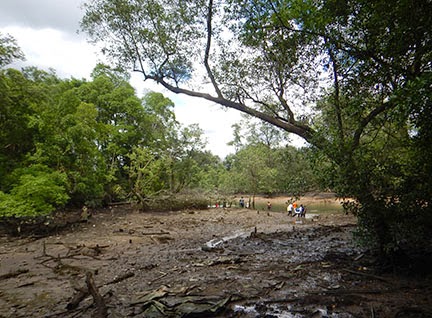 Thanks to Sivasothi and Delicia for letting me join the Marine trash sampling exercise at Mandai today. Kwan Siong also checked on the Berembang at Woodlands Town Park, and it's crown had fallen over. Oh dear.


Delicia Cheong is doing a project to do with marine debris in Mandai. Here she is briefing the volunteers who came to help. 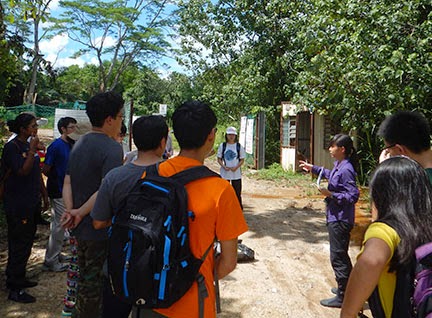 The team is well prepared with equipment and data sheets. 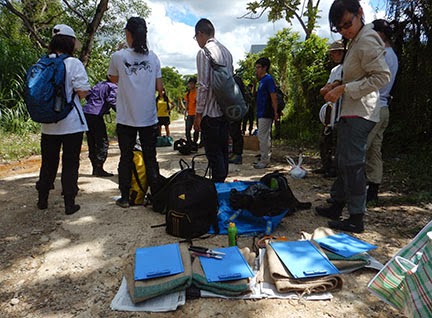 Then it was time to get to work. Siva shows everyone the finer points of walking in mangrove mud. 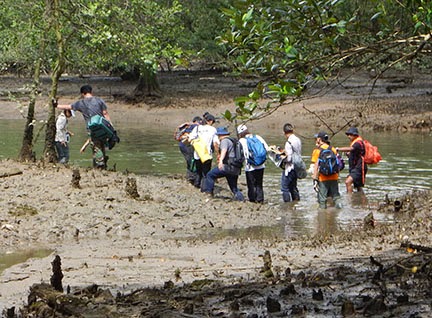 Those without booties generally lose their shoes. When you pull out your foot, your shoe remains in the mud no matter how tightly you laced them up. 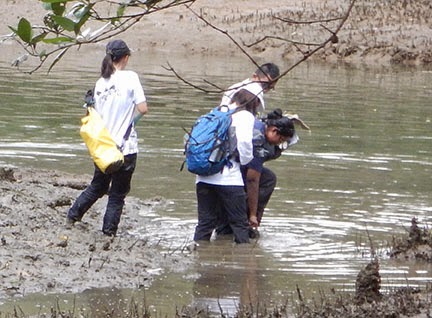 A video crew joined the trip with an interesting set up. 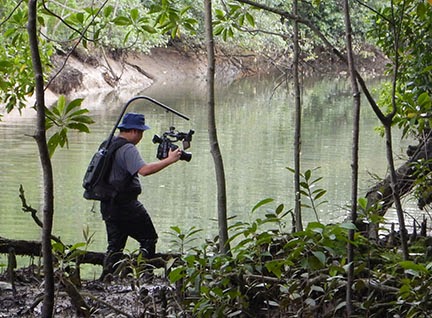 But the contraption does make it tricky to walk through dense undergrowth. The video crew had to leave early when one of the team member's shoes gave way. 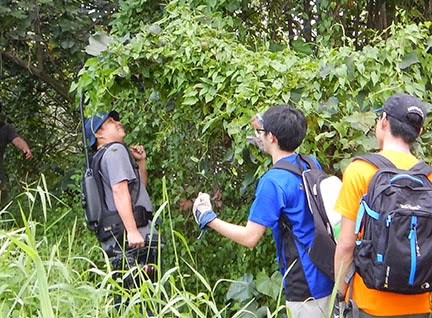 Delicia's team headed for the edge of the mangroves near the vast mudflats of Mandai. I couldn't make it. The broken foot is still not quite up to negotiating soft mud. So I just surveyed the area nearer the starting point. 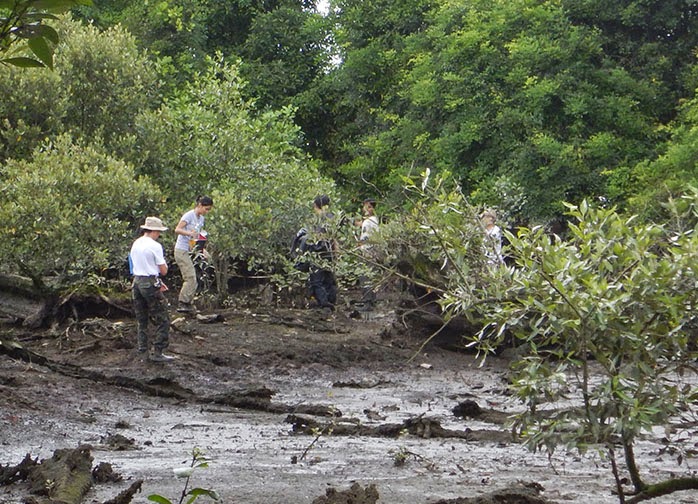 Some of the interesting plants here include the Endangered Dugun air, which has rather rude-looking fruits. The leaves growing lower down on the plant are covered with mud brought in by the high spring tide. 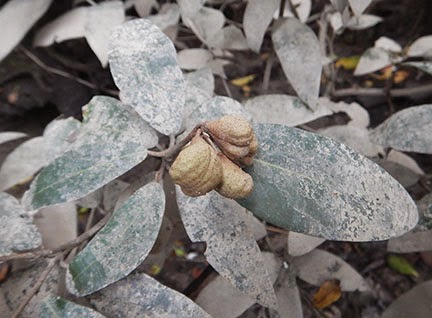 I also saw humungous Nipah palms which are listed as Vulnerable. 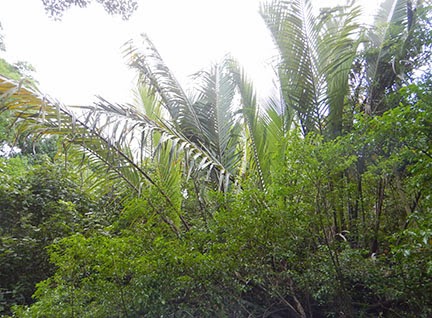 There is a lovely grove of tall Teruntum putih trees, which are Endangered. Alas, I noticed a few had died and snapped off. Leading to lush growths where the shade of the trees previously meant more open ground. There was a profusion of young Teruntum putih seedlings under the mother trees. 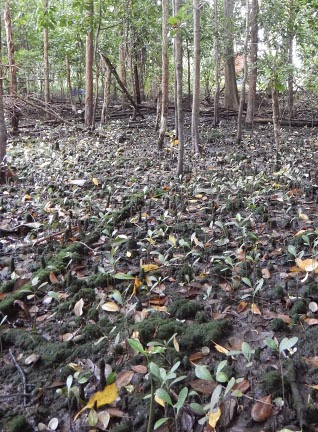 There are also some signs of recruitment of other kinds of mangroves here and there. 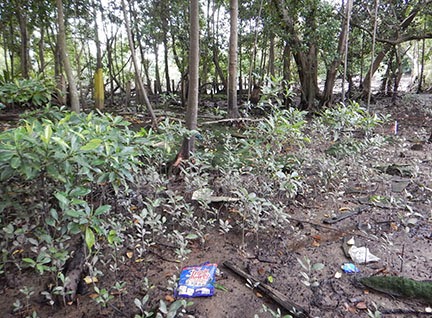 All the big trees at Mandai have been documented and measured by Rick Leong and Wei Kit in a massive effort. I was glad I was able to help him a bit while I could still walk! More about the study and the awesome Mangrove Action Squad blog featuring the very macho Mangrove Mafia. 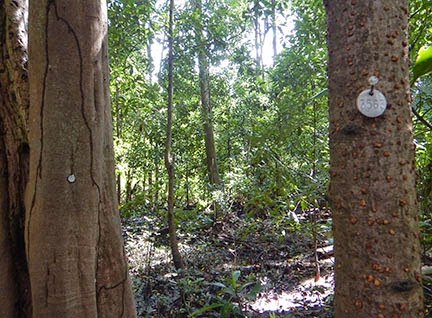 Trash impacts mangrove plants. Entangling young plants like this one. 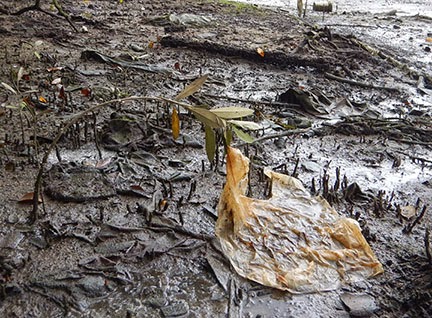 I saw one abandoned net, this one looks quite old. 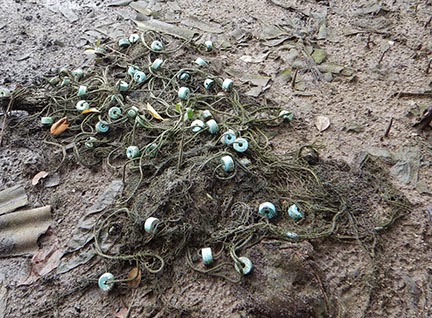 There was an area with a tarp, chair, styrofoam boxes and even a nice clean garbage bin. 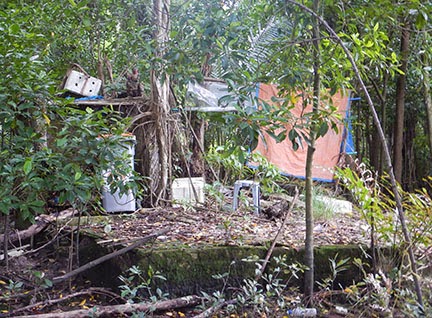 Nearby was a large old styrofoam board that was tied to a small tree (yellow arrows). Probably used by people who harvest on the mudflats at high tide. 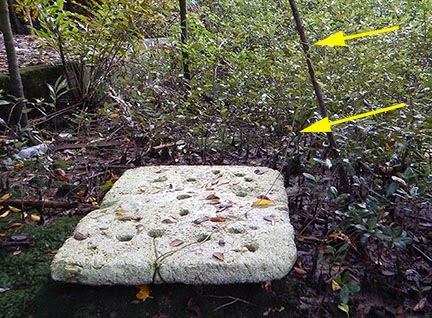 Among the debris were large styrofoam boxes, blue drums, plastic containers, and this wrapper for a safety hat. 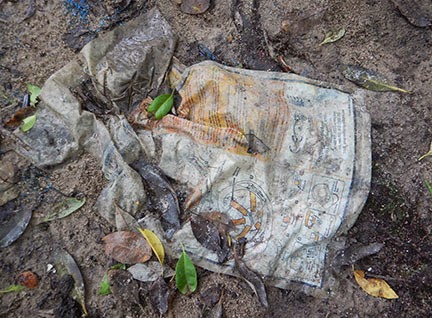 As I made my slow way back, the team were already done and hauling huge bags of trash back. 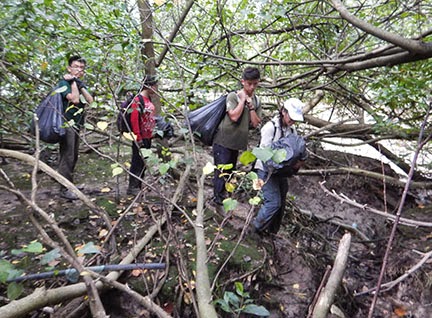 The team use the little stream of water to wash up their feet and their gear. At the end of the trip, Siva highlights some learning points. 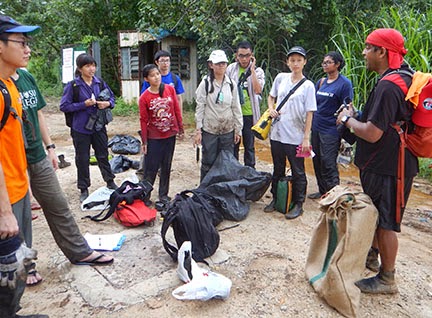 And here's the awesome team doing the clean up today. Bravo! 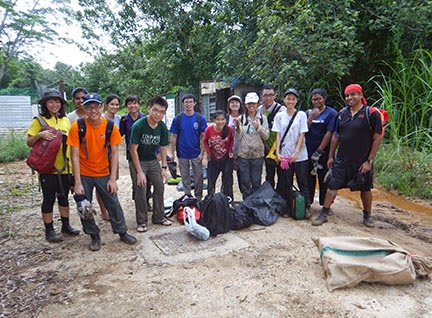 Thanks to Delicia and Sivasothi for letting me join their event. Visiting Mandai now requires getting permission from all kinds of agencies. The area now has signs warning that unauthorised people will be arrested. 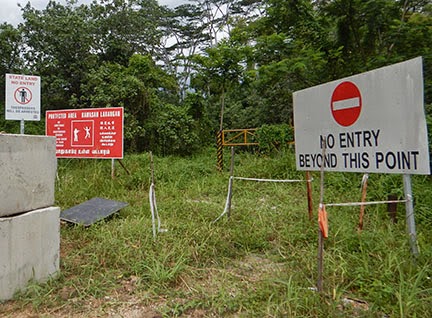 This might be my last trip to Mandai mangroves as there are plans to fence up Mandai and Kranji, as reported in Oct 2014.
It appears work for the fence is already starting. 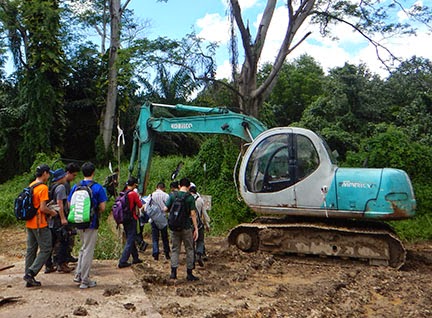 My last trip to Mandai was in Jul 2013 to look for Beccari's seagrass, the world's rarest seagrass. I didn't get a chance to walk all the way to where they were this time. Thanks to all kind friends for looking after me on this trip.

Before joining the team, Kwan Siong and I stopped by at the tiny sliver of mangroves at Woodlands Town Park. 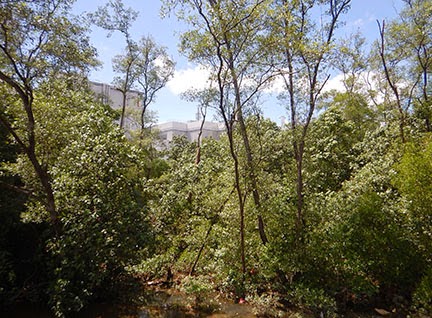 Alas, the top part (crown) of one the enormous Critically Endangered Berembang had broken off leaving only the trunk. I couldn't see the other Berembang. The last time I saw the trees in Dec 2010, one was looking poorly. The other looked healthy, but I think this is the one that broke. I couldn't go down but Kwan Siong did and took this photo of the base of the tree.
It is heartbreaking to lose a tree that has survived all this while. Berembang has been known to revive from the trunk, so hopefully, it can recover.