Changi Creek will be dredged for 6 months next year. This will probably stir up the sea bottom and silt up the surrounding areas including some of our favourite Changi shores. I took this photo in Mar 2008 of the large equipment used to dredge the narrow mouth of Changi Creek.


Applicable to: Mariners operating in the vicinity of Sungei Changi

Location : At Sungei Changi, within the working area bounded by the following coordinates (see attached chartlet): 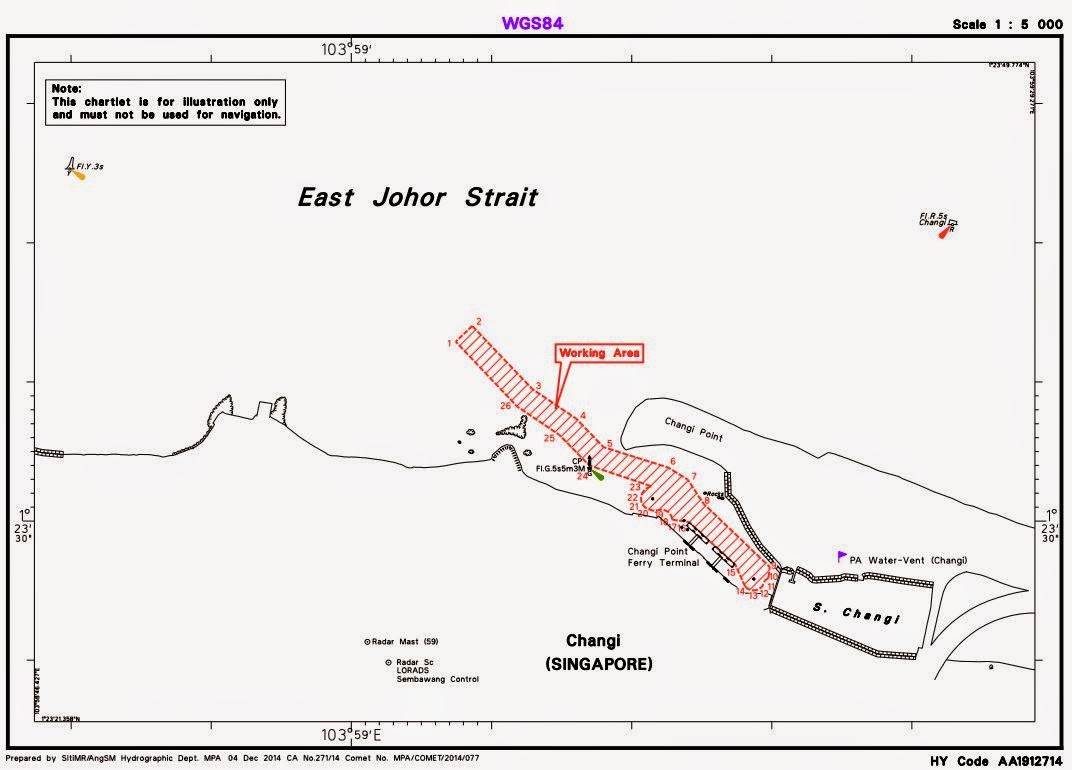 Details : Dredging work will be carried out by excavator on flat top barges. The dredged materials will be loaded onto hopper barge and transported to designated dumping ground by pusher tug. A circular safety zone of 50 metres radius centered at the dredger will be established. Further enquires relating to the project can be directed to Mr Wong Cheng Wee, Project Manager (Tel: 9862-2635, email: wongii@oung.com.sg) or Mr Ong Poo Cheng, Site Supervisor (Tel: 9738-7855)


Here's a Google Earth snapshot of Changi Creek. Changi Creek is where we take the bumboats to Pulau Ubin. 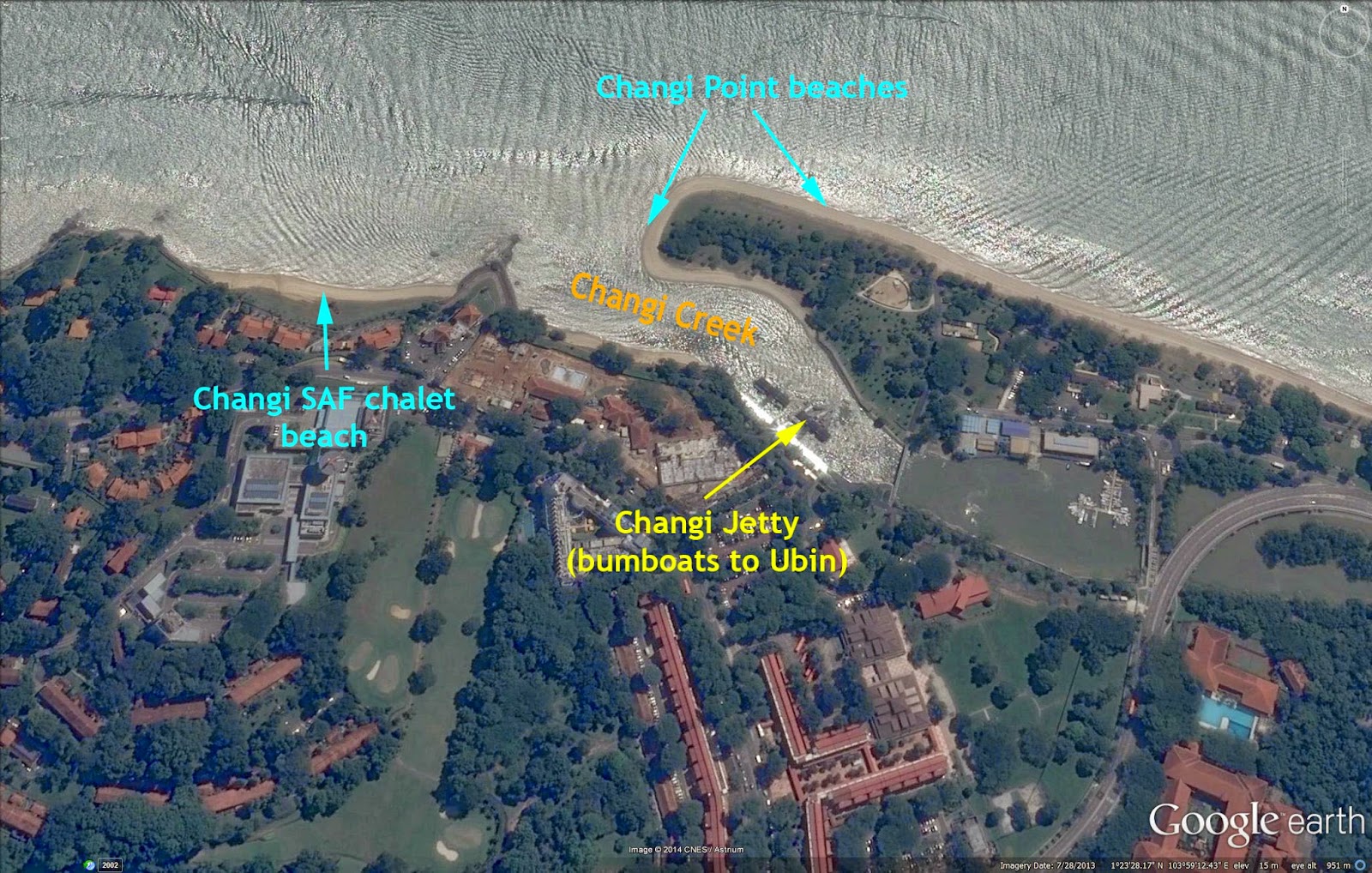 As far as I know, Changi Creek was last dredged in Mar-Sep 2008. Here's a photo I took of the equipment used for the dredging at that time. At that time, a bumboat operator told me the dredging did not work because the wake from the passing bumboats washed the sediments back into the channel. So now, they were trying to do something else involving building some sort of wall.

More about the impacts of dredging on water quality and marine health.
Posted by Ria Tan at 12:36 PM