Checking up on special plants at Pulau Semakau

Today, I had a closer look at some of the special plants found at Pulau Semakau, after setting up TeamSeagrass monitoring there. 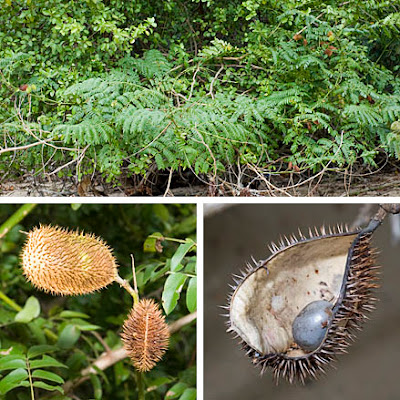 The team also saw all kinds of other interesting marine life!

This is the Critically Endangered Bonduc (Caesalpinia bonduc) and it had lots and lots of fruits today! As far as we know, there are only three of these prickly climbers: on Pulau Semakau, Lazarus Island and Pulau Senang. When the pod ripens it splits open to reveal a bluish round marble-like seed. Today I saw this insect on the seed. Was it eating it? So much more to learn about our shores! 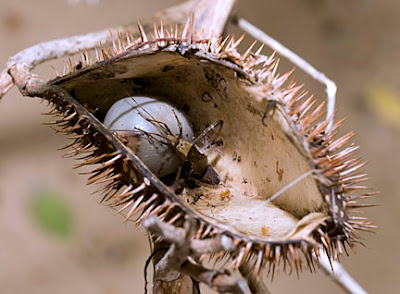 I had a quick look at one of the Api-api jambu (Avicennia marina) on this shore. It was doing very well with many 'fruits' and also flowers. Pulau Semakau has many of these Critically Endangered mangrove trees. 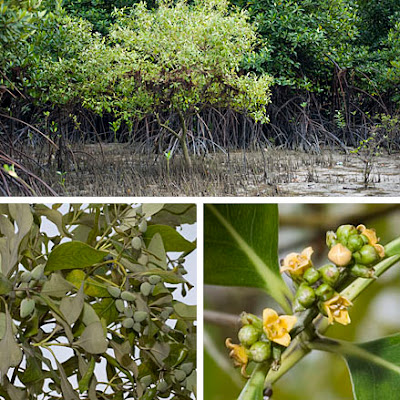 The smaller Api-api jambu on the high shore was also doing well. Although it was draped in litter! I removed it. 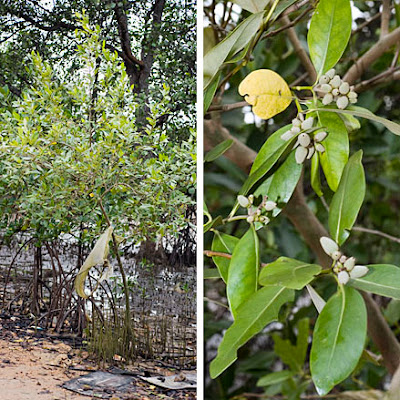 Another special mangrove tree seen here is the Vulnerable Bakau pasir (Rhizophora stylosa). The flower of this plant has a long style (the stick like thing poking out the centre of the flower). 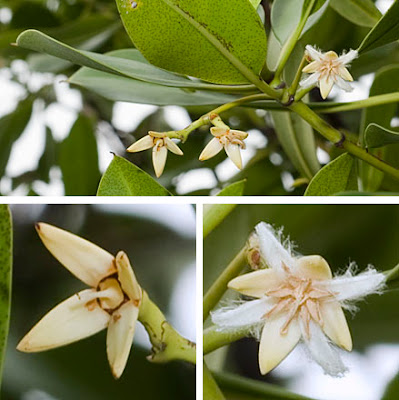 Once again, I remember what Dr John Yong taught us. Bakau pasir has looping stilt roots that looks like a lady with a long dragging skirt. 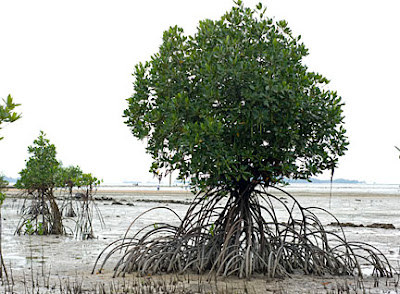 While Bakau minyak (Rhizophora apiculata) has lots of prop and stilt roots so it looks like a lady with a long skirt, holding the skirt up to show her ankles. A handy tip to identify these trees from a distance! 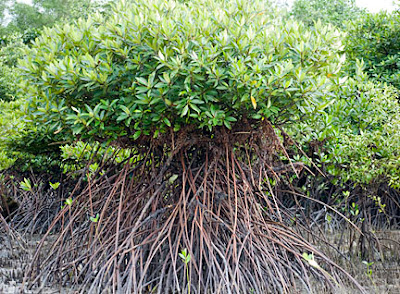 Kok Sheng found this pretty little nudibranch in the mangroves! 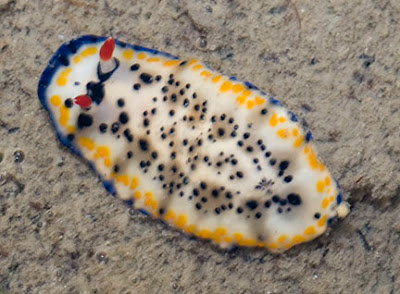 A closer look, with the gills expanded and yes, I think Mei Lin is right and that it is a Hypselodoris nudibranch, like the one we saw at Tuas many years ago. The rest of the team also saw other nudibranchs, flatworms and other interesting critters. 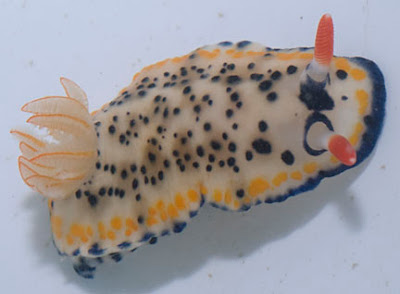 Near Site 1, The Magnificent anemone (Heteractis magnifica) that I saw on my previous monitoring trip is still there. It seems to be doing well. Later I found out the team saw several more. That's nice to know! 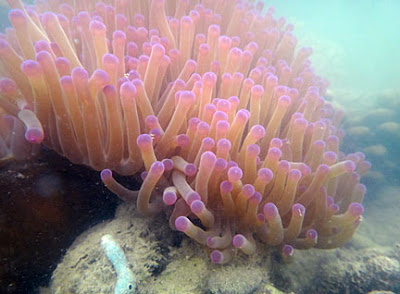 On the high shore, I saw a Giant carpet anemone (Stichodactyla gigantea)! Good to know that these large sea anemones are still doing well on the shore. 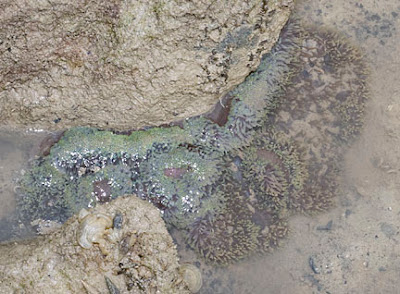 I also took the opportunity to take better photos of this seaweed that sometimes grows abundantly in the seagrass meadows of Pulau Semakau. I think it's Codium green seaweed (Codium sp.). 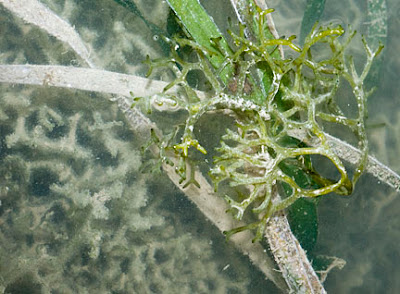 There was also a large public walk today. It was good to see that the public minimised damage to the seagrass meadows by walking in single-file. 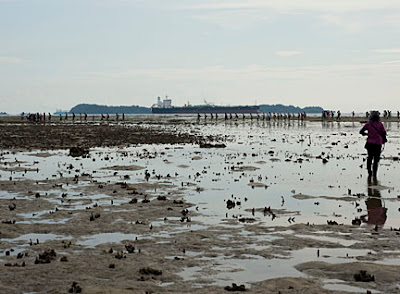 Although this shore is near the petrochemical plants on Pulau Bukom, and next to Singapore's only landfill, it still has amazing marine life! 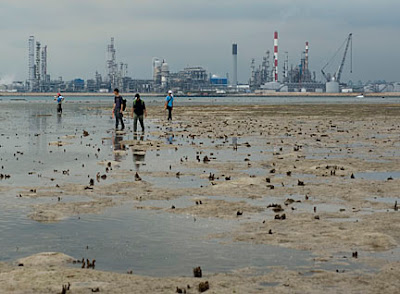 The Tape seagrasses (Enhalus acoroides) are blooming today! The water was dotted with the tiny white male flowers that float. Sadly, from what the rest of the team saw today, it seems that the seagrasses on Semakau were much less abundant on this trip than previously. Also, some of the reading suggests that the Tape seagrass on Semakau is cropped short. A similar situation we encountered on Cyrene Reef, as well as at Terumbu Semakau. Oh dear. Well, this is why it is important to monitor our seagrasses! 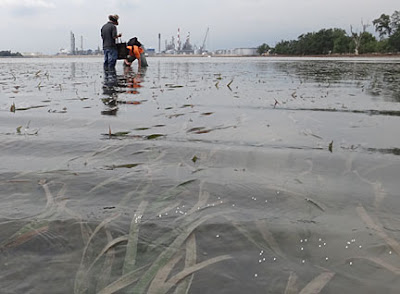 TeamSeagrass is a volunteer programme that monitors many of our shores including Pulau Semakau, Chek Jawa and Cyrene Reef. Here's more about how to join TeamSeagrass.
Posted by Ria Tan at 11:02 PM