Today I gained a much better appreciation of the marvellous mangroves of Pasir Ris, during a walk with the people who made this mangrove possible. 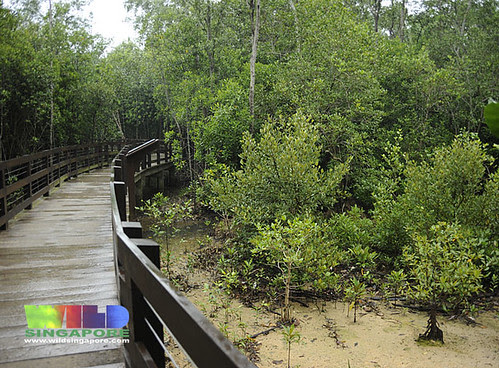 I got to sleep in today! No ridiculous 4am wake up call. But it means I didn't get to see the glorious sunrise from the shore. And only got to appreciate it on the drive to Pasir Ris. 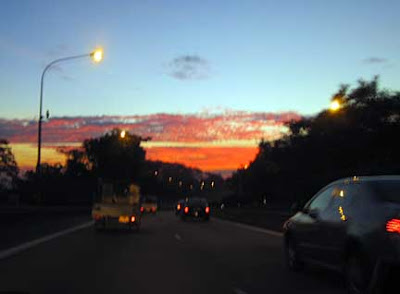 Shufen (with hat) kindly invited me for an early morning survey of the mangroves with the team from Pasir Ris led by Yusoff (in yellow). Yusoff has painstakingly laboured on rehabilitating this mangrove for years. Together with his dedicated team, raising rare trees with tender loving care, and reintroducing many amazing trees! 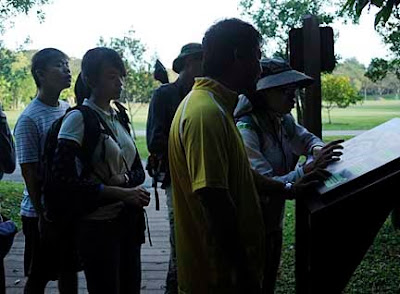 We are particularly awed by the natural nursery set up here. With all kinds of wonderful young mangroves trees being raised to eventually restore and expand this mangrove forest. The nursery is quite a success. 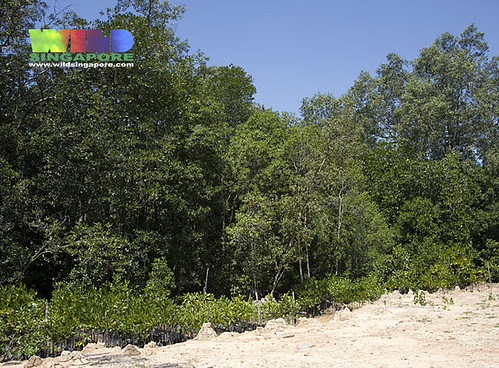 I was delighted to finally find out what this mystery plant is! It is Rapanea porteriana (Family Myrsinaceae), previously called Myrsine porteriana. According to Hsuan Keng, it is found near the sea, previously in Changi and Chua Chu Kang. Corners says it was found on sandy or rocky parts of the East Coast of Malaya and also on mountain tops! 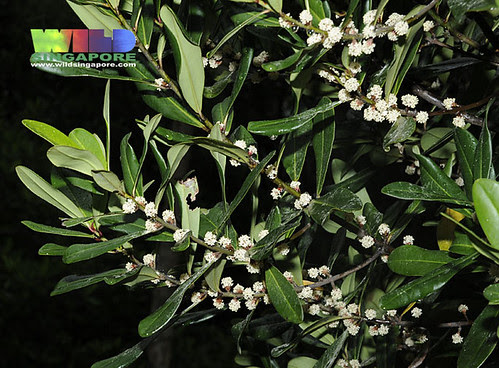 Joseph Lai wrote about this plant found on Labrador Park: It was "once common tree of mangroves, coastal headlands and islands in Singapore. Due to the substantial lost of coastal habitats through land conversions in the past decades, their numbers had been decimated to the point of non-existence. And for the sizable population that remained intact in the unique sandy mangroves of Tekong's northern coast, their days are numbered too. Soon they will be buried under by the ongoing reclamation works there, and the well-known hotsprings around which the trees grow will be things of the past." Joe also featured the plant on his checklist of plants of Lazarus. 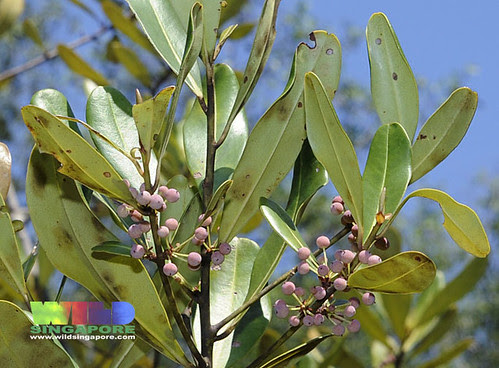 So it's marvellous to know that this remarkable plant has been reintroduced to the mainland by Yusoff and his Pasir Ris team! 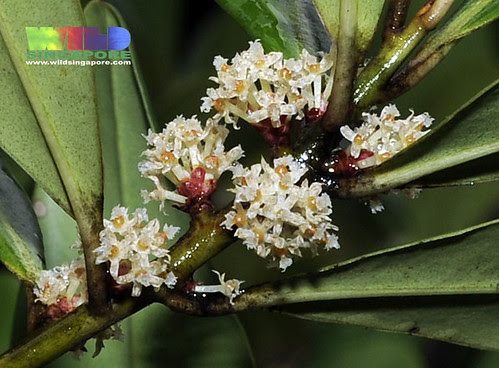 Other awesome plants that have been reintroduced include those I saw in my earlier trips to Pasir Ris: here and here. We saw some but not all of them on our short trip today.

The small team did a brief survey of the mangroves off the boardwalk. There are lots of trees here! 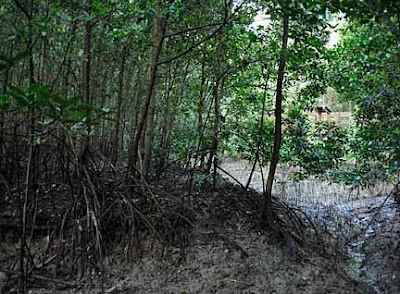 We are particularly looking for Bakau pasir (Rhizophora stylosa). Which is rather hard to determine from tall trees in a dense mangrove forest. Along the walk, we also noted the tree distributions and pondered upon the original habitats surrounding these mangroves. 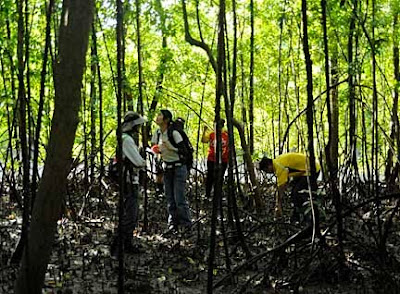 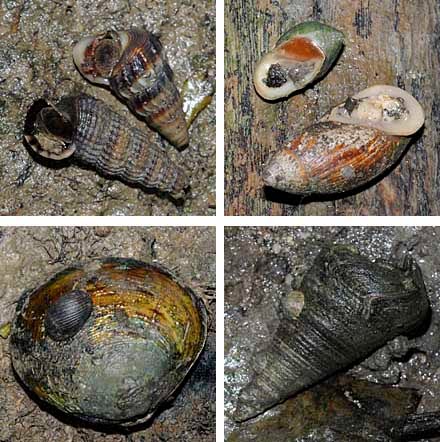 Yusoff pointed out the huge Lokan bivalves here. Originally called Geloina expansa, they are now known as Polymesoda expansa. The one I photographed had a Lined nerite (Nerita articulata) on it. And it's not a mangrove experience without seeing the large ice-cream cone shaped Rodong (Telescopium telescopium).

There were also lots of crabs, the most colourful of which are the face-banded crabs (Perisesarma sp.). 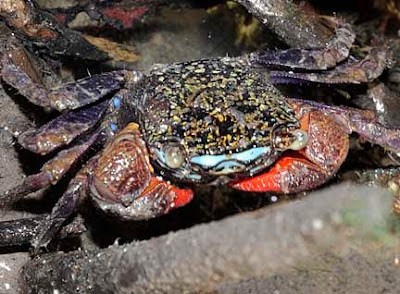 And when Yusoff shows us the Rhizophora stylosa, Shufen discovers a Shore pit viper (Cryptelytrops purpureomaculatus) just at the point where they were about to measure the tree! It's perfectly camouflaged against the mangrove roots! An awesome find in an awesome forest! 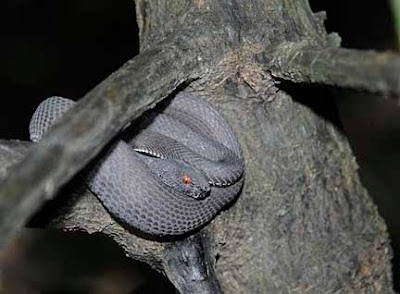 Along the way and over a much needed lunch, I learnt more about the hard work that goes into raising our rare mangroves. It is a relentless and thankless task with many challenges. So it is indeed marvellous that we can enjoy an increasingly rich mangrove forest at Pasir Ris. Bravo to Yusoff and the team!

Besides caring for these mangroves, the Pasir Ris team also put together an impressive array of activities for ordinary people to enjoy. These include a mangrove walk for kids, a kitchen garden tour for kids and special activities such as nature crafts for kids. You can also explore the mangrove boardwalk on your own. More about Pasir Ris Park on wildsingapore and on the NParks website.

Pasir Ris is more than mangroves! The sea shores of Pasir Ris are very much alive as well. Here's some photos of what we have seen there.

Finally, the very long series of field trips are over. We have a brief period to catch up on sleep and photo processing before it starts all over again in a few days' time. In the meantime, there's still the aftermath of the oil spill to worry about. And the disconcerting signs of bleaching in our Southern reefs.
Posted by Ria Tan at 4:58 PM