How much are our marine habitats worth?

In East Asia, annually, coral reefs are estimated to generate US$112.5 billion, mangroves US$5.1 billion, wetlands US$1.2 billion and sea grass US$86 million. 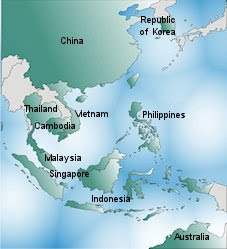 The East Asian Seas region is home to nearly 80% of global coral species, over 60% of mangrove species, and over 55% of sea grass species.

Sadly, important coastal habitats and ecosystems are under pressure with 40% of coral reefs and half of all mangroves having already been lost

Sea level rise is estimated to affect as much as 55%of the population in Vietnam, 26% in Thailand, 18% in the Philippines, and 11% in China.

These findings were outlined in The East Asian Seas State of the Marine Environment report authored by Prof Chou Loke Ming and produced by UNEP’s Coordinating Body of the Seas of East Asia (COBSEA).

"Governments in the region have taken some actions to deal with these issues, but it is crucial that they strike a balance between development and the protection of these coastal resources. Strong political will is needed if the myriad of problems that plague the region are to be addressed," said UNEP's Dr Ellik Adler, Coordinator of the Coordinating Body of the Seas of East Asia.