On a scorching hot morning, we made a quick survey of one of Singapore's largest submerged reefs. 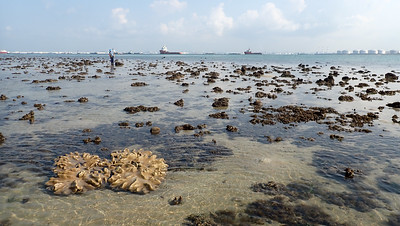 I didn't see any mass coral bleaching and the seagrasses seem to be stable. The rest of the team saw Knobbly sea stars, Giant clam, seahorse, sharks and other amazing marine life.

Our last survey here in Jun 2021 was just after bleaching was reported in our waters. We didn't see much bleaching last year, and today, I didn't see any. There are  not a lot of corals on this shore. Some of the large colonies were a little pale at the edges, but I didn't see any outright bleaching. 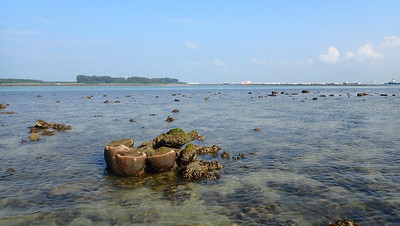 As usual, there were some medium-sized colonies of Leathery soft coral. I was a little worried to see many small colonies clustered together - usually a sign that a larger colony had subdivided itself, possibly due to stress. 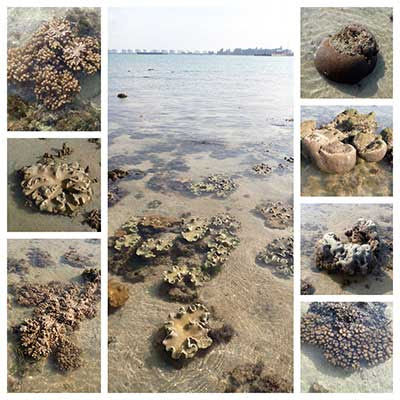 I didn't see many animals on the shore. But sighting the oddly-shaped Domed elbow crab made my day. Listed as 'Endangered', it is rarely seen in the South. There are still many Giant carpet anemones (alas, no anemonefishes), Frilly anemones too. The Common sea stars are still there at our landing point. 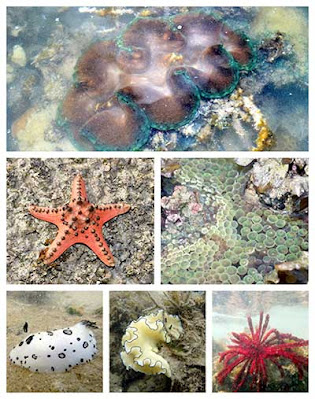 Che Cheng Neo saw a seahorse!
Russel Low saw hunting sharks!
Similar to our survey on Jun 2021, sprinkles of seagrasses evenly covered most of the centre of the shore that I surveyed. Much of the seagrasses I saw were heavily covered in epiphytes. The most abundant seagrass was Spoon seagrass with tiny and with large leaves. I many clumps of Tape seagrass, many with longish leaves, longer than 30cm, and those that were cropped were not that short. I also saw many patches of Sickle seagrass but I didn't see any Noodle seagrass. 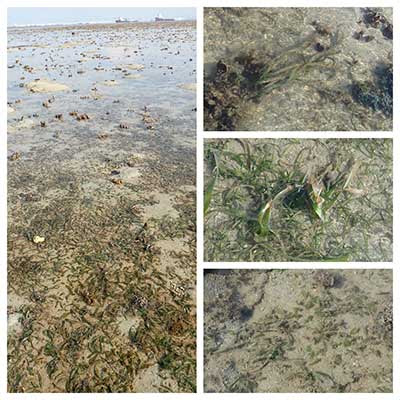