Beting Bemban Besar with some bleaching 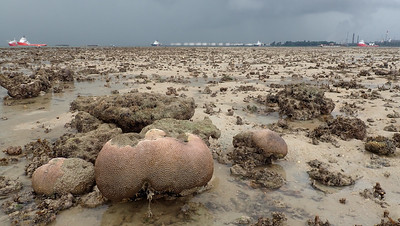 Although I did see some bleaching corals, most of the corals I saw were alright: so there doesn't seem to be mass coral bleaching here. The seagrasses here seem to continue to be doing well and the team found large Knobbly sea stars, a Giant clam and more.

This is our first survey of a southern Terumbu since Crystle Wee reported bleaching corals while diving at Pulau Hantu on 4 Jun 2021. We couldn't do survey earlier due to recent COVID restrictions. I did see several bleaching corals, or corals that were pink (a sign of stress) and they were mostly Merulinid corals. But most of the Merulinid corals that I saw, including large colonies, were alright. 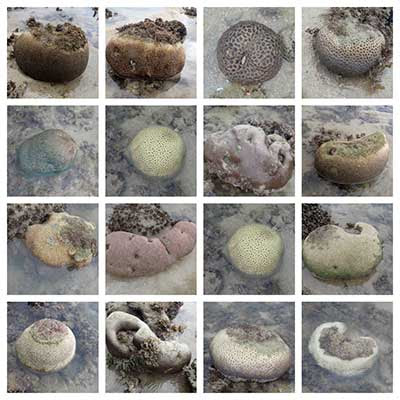 During our survey of Kusu Island this week, I noticed many Boulder pore corals seemed to be dying with rotting tissues that was probably the source of the faint smell of rotting fish at the reefs. At Beting Bemban Besar though, the Pore corals seemed fine. I only saw one with a greyish rotting patch. And a few were pale but none were bleaching. 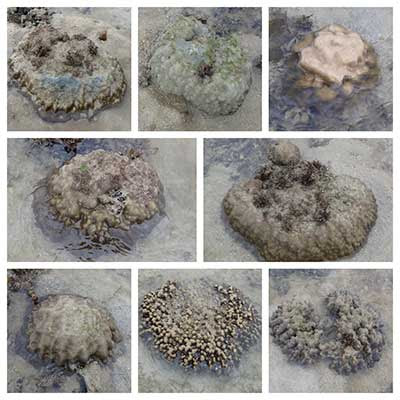 This shore doesn't have a lot of hard corals. But still, I did see some variety. Most were alright, although some were pale or had dead patches. 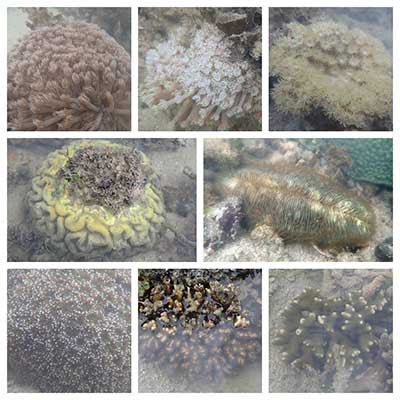 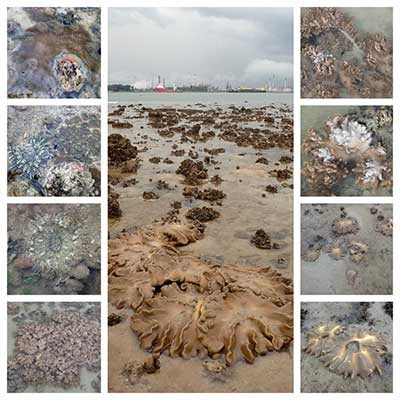 Similar to our survey on Jul 2020, sprinkles of seagrasses evenly covered most of the centre of the shore that I surveyed. While last year, large areas of seagrasses were heavily covered in epiphytes, today, most of the seagrasses I saw were fresh and clear of epiphytes. The most abundant seagrass was Spoon seagrass with tiny and with large leaves. I some clumps of Tape seagrass, many of them had longish leaves, longer than 30cm, and those that were cropped were not that short. I also saw many patches of Sickle seagrass but I didn't see any Noodle seagrass. Although I didn't come across many animals in the seagrass areas, I did see some that are commonly associated with seagrasses. Such as Fire anemones. I saw some egg ribbons but didn't see any slugs. Montipora branching corals dotted the seagrasses as they commonly do on our other shores. I also saw some Common sea stars. 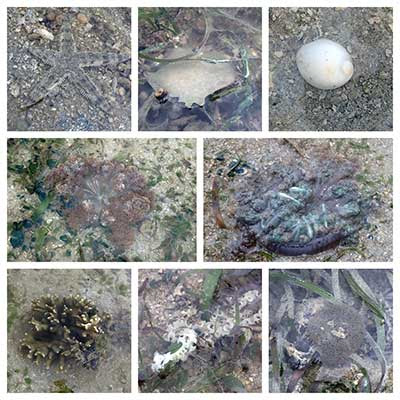 The rest of the team saw a large Fluted giant clam. It seemed alright, not bleaching.
The huge rain clouds behind us as we left the mainland eventually caught up with us on the shore. But we didn't get rained on, although lightning played fiercely in the distance. Thankfully, we managed another complete survey through the full low tide window. 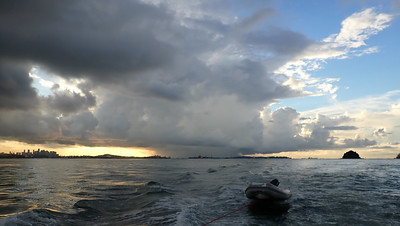 More photos by others on this survey