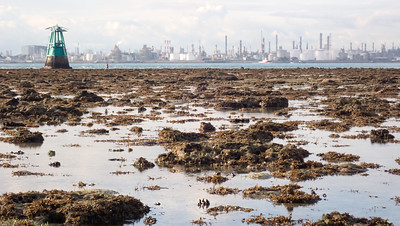 Today, a small team checks up on it and find seagrasses are doing well! Also, Giant clams, possible dugong feeding trails and other interesting marine life!

The large Fluted giant clam near the arrival point that we have seen on our past surveys seems alright! We saw it first in Jun 2014. 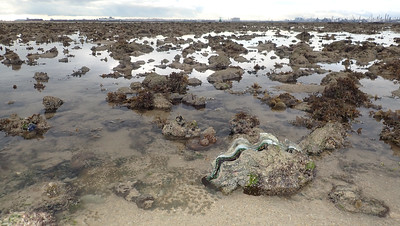 Kelvin found another one nearer the beacon!
Today, I didn't see many dugong feeding trails in the meadows of Spoon seagrass in the sandy centre of the reef flat near the arrival point. Only a few possible trails. We saw clearer trails in Aug 2021. We saw some on our last survey on Jul 2020. We didn't see any on our last survey in May 2019. We saw many trails in Dec 2018. Also in Aug 2016. The first time we noted them was in May 2012. 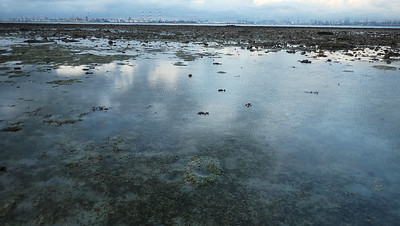 Seagrasses continue to be doing well! There was seagrass on almost the entire reef flat from the reef edge to the centre. On the sand bars and among the more reefy parts. I sense it is somewhat better than our survey in Aug 2021. In some large parts, the seagrasses were growing more densely. The bloom of bright green Turf seaweed is gone. 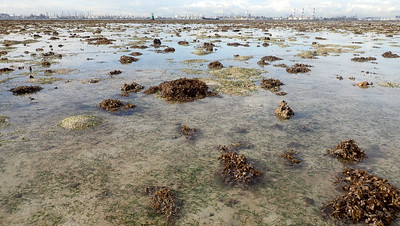 The most common were Spoon seagrass (mostly small but some large leaves) and Sickle seagrass. They were fresh and green and no longer heavily covered in epiphytes. I saw many clumps of Tape seagrass, some had longish leaves (about 30cm) and some were still cropped short. 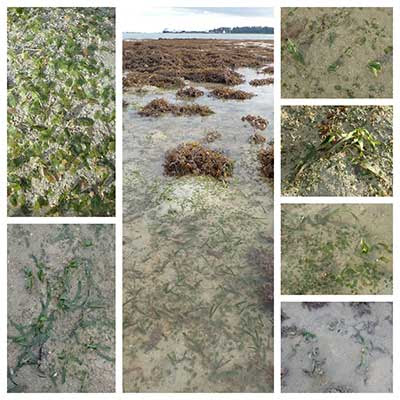 There has never been a lot of hard corals on this shore. But there is a good variety of common corals with some forming quite large colonies. 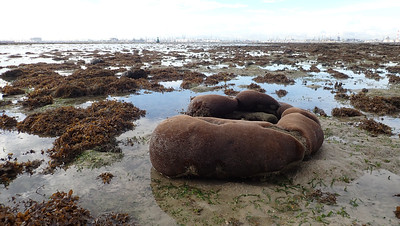 Most of the corals here are boulder-shaped. I didn't any large clusters of leathery soft corals, but there were many small colonies of various kinds. I didn't see any that were bleaching. 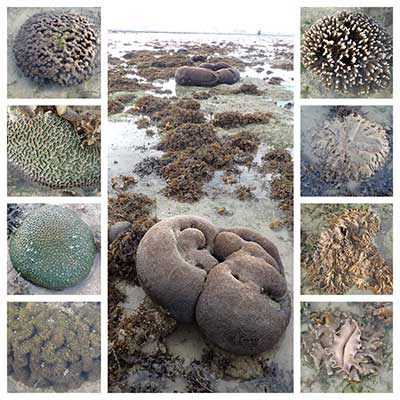 It was great to see the usual animals. On the sand bar, lots of Oval moon snails. Nearby, still some Common sea stars and one small Haddon's carpet anemone.  Elsewhere I saw a few Giant carpet anemones (alas, no 'Nemos'), one Wiggly reef star anemone, and some Frilly anemones. There were also lots of swimming crabs and Red egg crabs. The rest of the team saw octopuses and other interesting marine life! 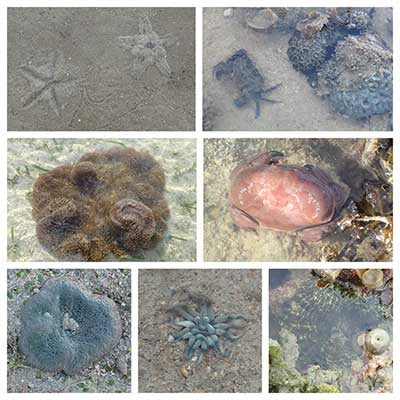 At the edge of the reef flat I saw a sign of a boat striking the shore: a deep hole gouged out, piles of coral rubble on the inward side where the boat pushed up the ground, and bare sand in the hole. In the past, I saw many more but it's hard to see them during the Sargassum bloom season. 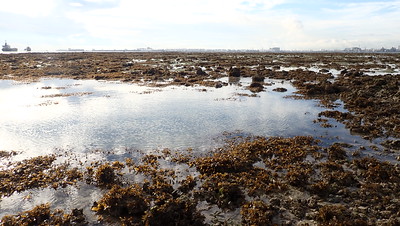 The large fish trap that was abandoned at our landing point has finally started to collapse. We didn't come across any other fish traps or nets today. 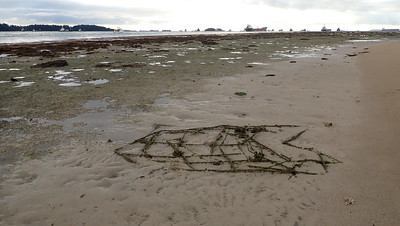 Terumbu Pempang Laut is one of the existing natural shores that may be impacted by the landuse plan by the Ministry of National Development released in Jan 2013 in response to the Populations White Paper with a 6.9 million population target. The dotted margined blue areas are "Possible Future Reclamation". The other shores impacted by this plan include Pulau Hantu, Terumbu Pempang Darat, Terumbu Pempang Tengah and Pulau Jong and Terumbu Semakau.

Let's hope this amazing reef flat stays safe until we can return next year.


On the same day, Loh Kok Sheng checked up on Sentosa Tg. Rimau.