The delicate coral garden at the Chek Jawa beacon still thrives! With flowery soft corals, sea fans and colourful sponges of all kinds. 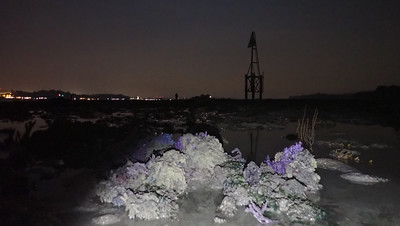 Chek Jawa is looking more like it used to before the devastating mass deaths in 2007 which wiped out the sponges and many other animals here. Chek Jawa was also hit by the 300-tonne oil spill in the East Johor Strait in Jan 2017. So it was a relief to see such a magnificent array of marine life there this morning. 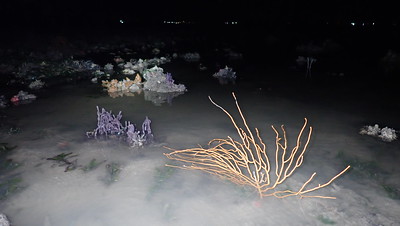 I was glad to see many sponges of various kinds all along the survey route from the House No. 1 Jetty to the Chek Jawa Front Beacon! I first noticed improved sponge diversity during our survey in Jul 2016, which improved further during our Jun 2017 survey and in our Jul 2018 survey. 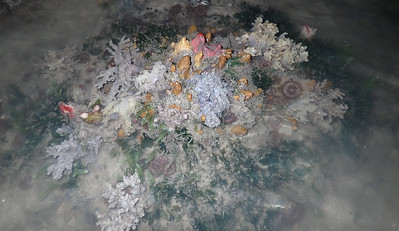 I was glad to see many sponges of various kinds all along the survey route from the House No. 1 Jetty to the Chek Jawa Front Beacon! I first noticed improved sponge diversity during our survey in Jul 2016, which improved further during our Jun 2017, Jul 2018 and Jul 2019 surveys. The tide wasn't low enough for us to properly survey for sponges in 2020 (The Circuit Breaker 'ate up' the best low tides). Today, the area looks more and more like what I used to see nearly 20 years ago! Here's what I saw today. 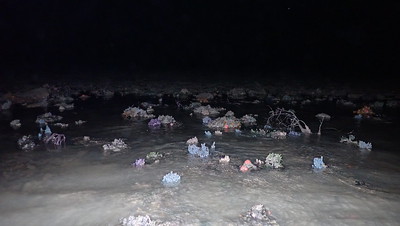 With a variety of common sponges and other colourful encrusting animals growing on the coral rubble. 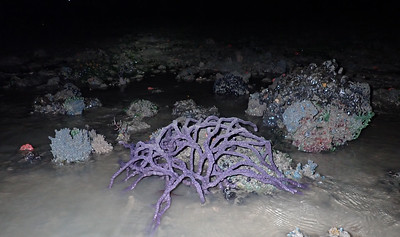 For the first time in a long while, it was great to see well developed clusters of Barrel sponges. 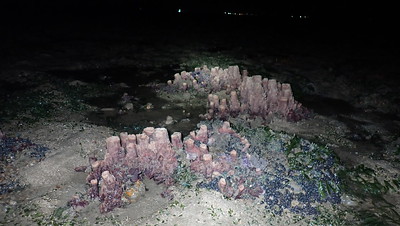 Although the sponge situation seems the best I've seen so far since the Big Flood of 2007. I feel it's not quite reached what I saw in the past.


Today I saw a wide variety of sea fans. These include common ones like Candelabra sea fans, Gnarled sea fans, Skinny sea fans. But also less commonly seen ones like two Asparagus sea fan, a Flat-branch sea fan, a Maze sea fan and a white Sea whip. Nevertheless, there were far more sea fans seen on recent surveys at Changi. Also, while the sea fans at Changi had lots of Spindle cowries on them, I couldn't find any on the sea fans at Chek Jawa today. 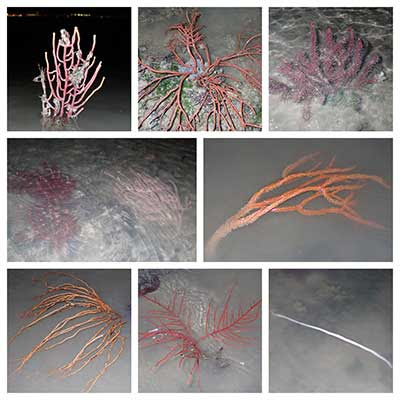 With the alert to possible mass coral bleaching in early June, and sightings of some sick corals at Kusu Island yesterday, we checked on the corals at Chek Jawa too. I saw about 20 small to medium sized Boulder pore corals. Most were a nice and healthy brown. A few were pale or had dead portions. I saw 3 that were bleaching. 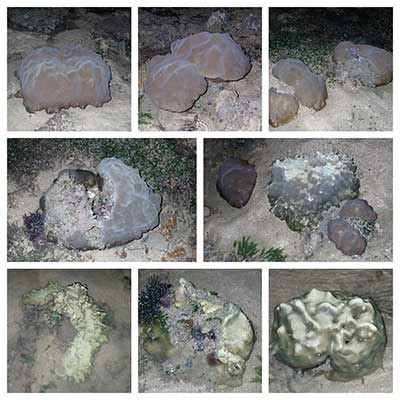 I also saw 3 small colonied of Boulder sandpaper coral, 2 were bleaching - one of which had dead portions, while one was alright. I also saw 3 medium sized Flowery disk corals, all healthy. As usual, there were small patches of Zebra coral. 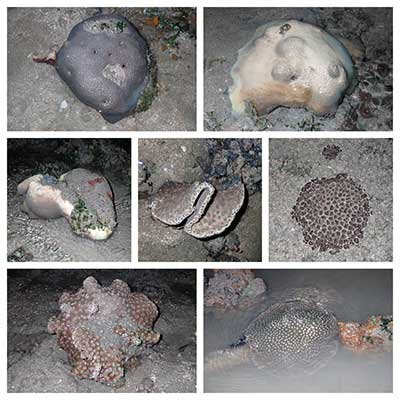 I'm not really good at finding creatures, the rest of the team are better at it. I did see many octopuses, and many Pygmy squids as well as some small Bigfin reef squids. I saw the usual variety of cowries for this location: Onyx cowries, Miliaris cowrie and other more common cowries. And some common flatworms. I also saw a few Hairy sea hares in the seagrass areas. 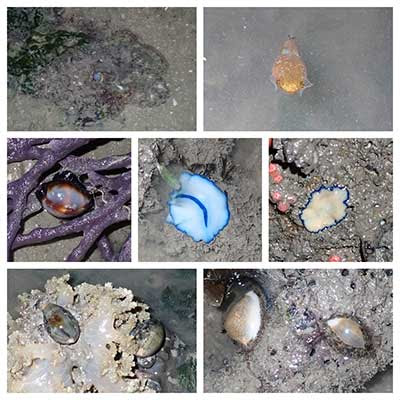 There were also a lot of synaptid sea cucumbers, both the small ones and larger ones. I saw two Black long sea cucumbers - which are usually only common on our southern shores. 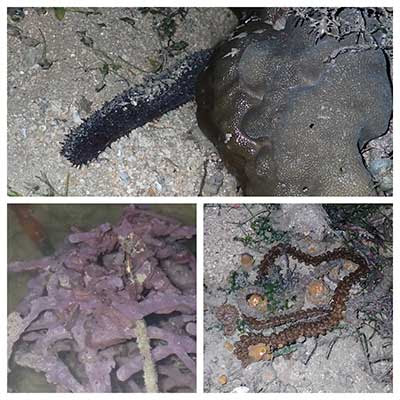 Similar to what I saw on our last surveys here in Aug 2020, seagrasses have 'taken over' parts of the coral rubble area that used to be rather bare. There were dense growths of Spoon seagrass (big and small leaf blades) and dense growths  of Needle seagrass (narrow and broad leaves). It was good to see lots of Fern seagrass as well. I saw three clumps  Tape seagrass growing on the outer edge of the rubbly area, with longish leaf blades. Smooth ribbon seagrasses are doing very well growing in a large portion of the area between the beacon and the boardwalk. Looking closer at a small stretch of seagrass, I saw a good variety sea stars and sea cucumbers, as well White sea urchins. Although I didn't across any dugong feeding trails, we also did not come across any fresh nets or traps along our survey route. Hurray! 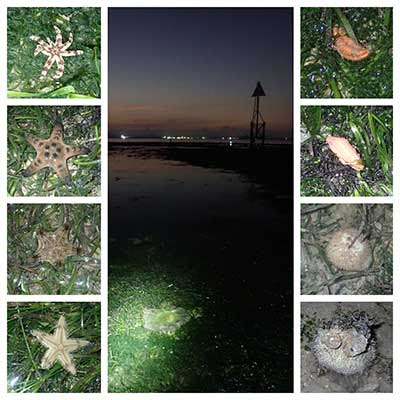