Chek Jawa is looking more like it used to before the devastating mass deaths in 2007 which wiped out the sponges and many other animals here. 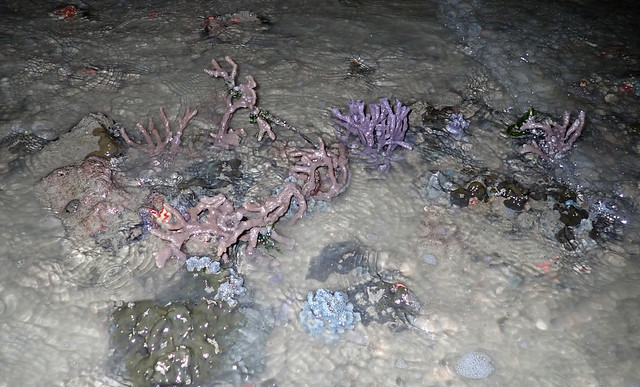 Chek Jawa was also hit by the 300-tonne oil spill in the East Johor Strait in Jan 2017. So it was a relief to see such a magnificent array of marine life there this morning.


It was so wonderful to see a lot of sponges of various kinds all along the survey route from the House No. 1 Jetty to the Chek Jawa Front Beacon! I first noticed improved sponge diversity during our survey in Jul 2016, which improved further during our Jun 2017 survey. 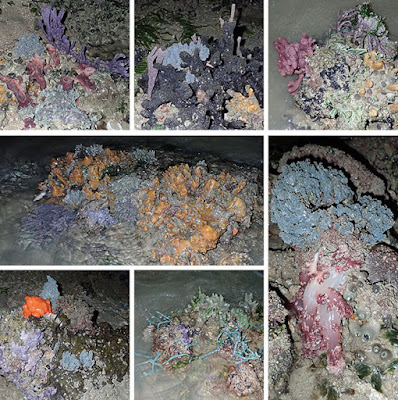 The area now looks more and more like what I used to see nearly 20 years ago!

The edge near the beacon was a flowery soft coral garden! With many small colonies in pretty pastel colours. 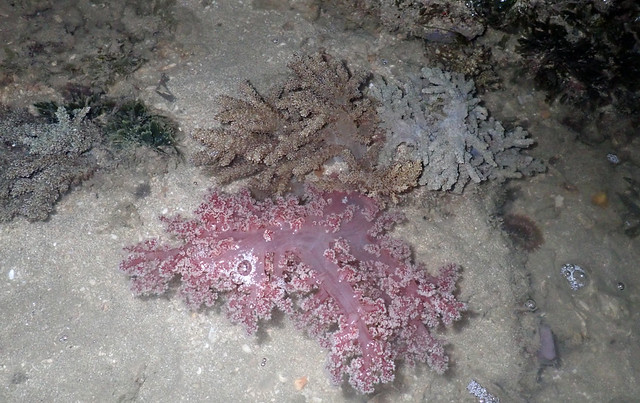 I saw many tiny Ball flowery soft corals, and one big one with a White soft coral snapping shrimp in it. As for sea anemones, there were many Haddon's carpet anemones, lots of Swimming anemones. On the rubble, many Posy anemones. 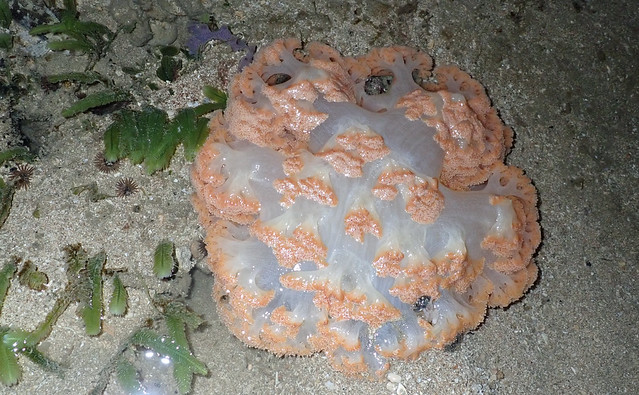 There were also many small sea fans, mostly Candelabra sea fans and Gnarled sea fans, plus a few that I can't identify. 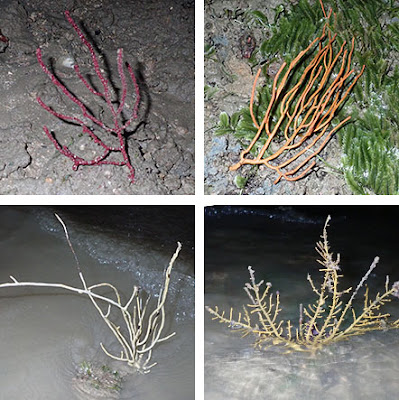 There were many small to medium sized Boulder pore corals. All were unbleached and had no dead patches. Some were brown, others dark blue or green. 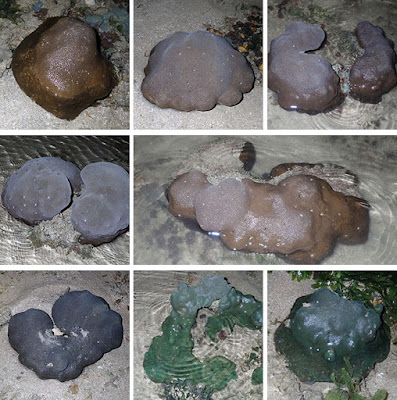 Except for one colony that was barely alive. The dead portions appeared to have the upper layer peeled off so much so that the barnacles that are usually embedded in the coral were exposed. I wonder what happened to the coral? 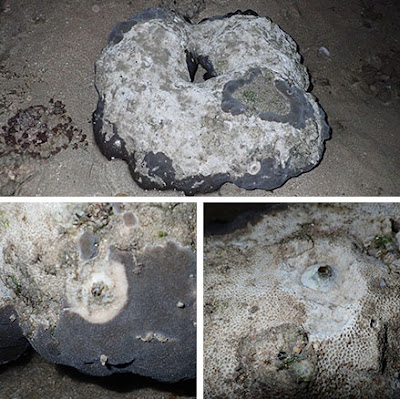 I saw several Flowery disk corals, from small ones to medium sized ones. 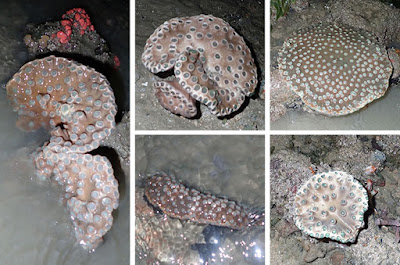 As usual, there were patches of Zebra coral here and there, even on an abandoned glass bottle. 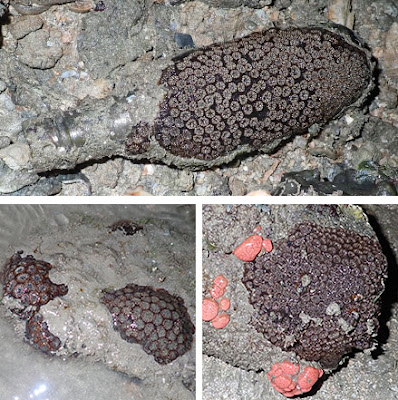 I saw one small Boulder sandpaper coral, and one colony of a hard coral which I can't quite identify. 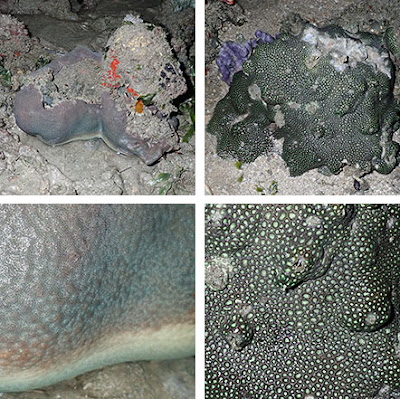 There were many large Knobbly sea stars on the outer edge. With a few smaller ones on the seagrass areas 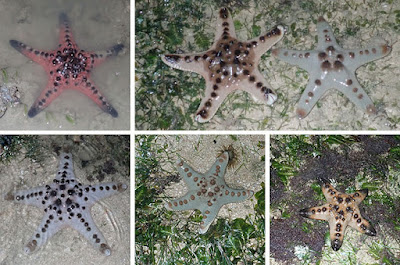 The  most common sea star were Biscuit sea stars, with small ones on the seagrass areas and big ones on the rubbly area. But today I saw several really huge Cake sea stars with bold patterns. I also saw one small Eight armed sea star. 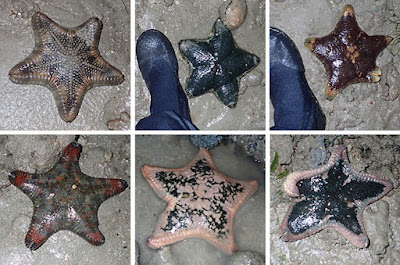 Other echinoderms seen included one large Oval heart urchin near the seagrass meadows, many large brittle stars and a sprinkling of a variety of sea cucumber. I've always wondered why sea cucumbers are so abundant on Changi but less so on Chek Jawa. 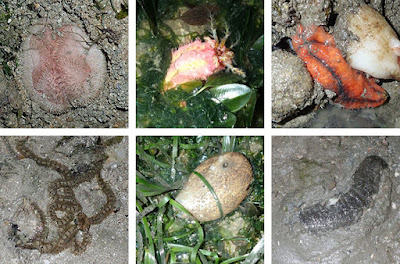 As usual, Chek Jawa is great for spotting flatworms of all kinds. 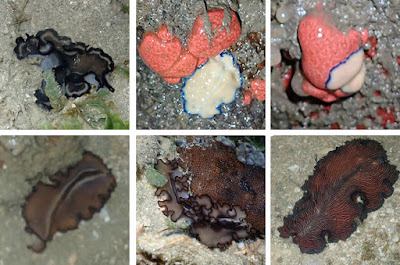 Stranded in the low tide was this Brown spotted moray eel. When the tide turned, it wriggled away very much alive. Rene also spotted a pair of Estuarine seahorses! Some 'missing' animals were Onyx cowries (I saw only one) and the octopuses I saw were tiny. 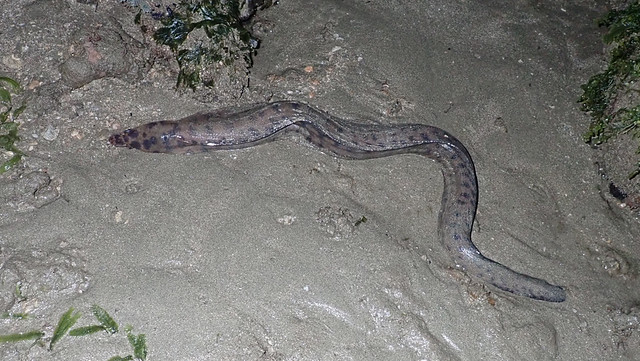 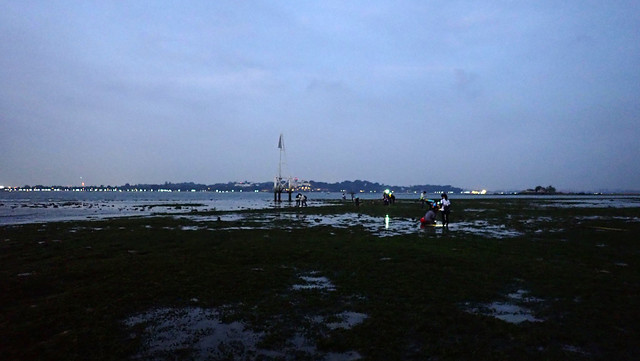 I came across a few clumps of Tape seagrass growing on the outer edge of the rubbly area. Most were near the Beacon. Only one had longish leaf blades, the rest had cropped leaf blades. 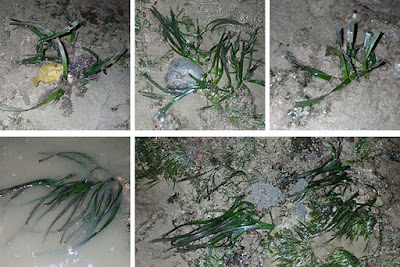 I think these furrows at the bottom of the photo look like dugong feeding trails! Today we did not come across any nets or traps along our survey route. Hurray! 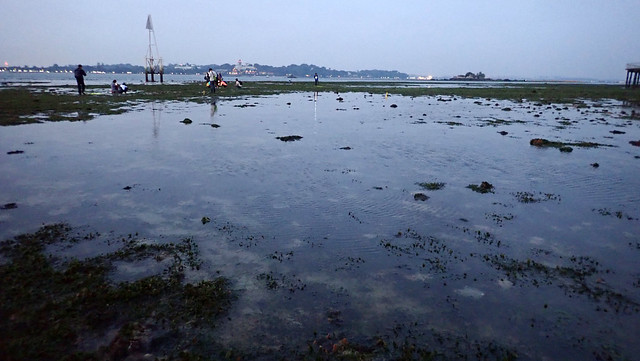 Today, there was also a team of volunteers led by NParks were doing an Intertidal Watch survey at the Beacon. Bravo to them for waking up so early to gather data on Chek Jawa's precious shores. 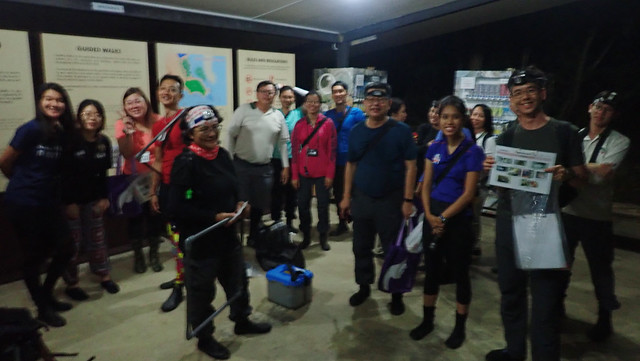 Others on this trip: Nicholas Yap.

Meanwhile others explored other shores during this super low tide.