There were lots of large Sea apple sea cucumbers at Changi today. Also, a lot of sea stars and other kinds of sea cucumbers on the lush seagrasses here. 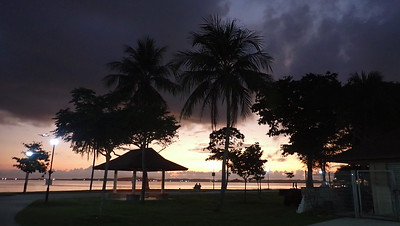 An astonishing variety of marine life also encrust the legs of a small jetty nearby.

Although its common name is Sea Apple, this amazing technicolour creature is not a vegetable or a fruit. It is a sea cucumber. It's eye-poking colour combination is a warning of its toxic nature. Please don't touch or collect this sea cucumber. It does not do well in an aquarium and often, like a toxic bomb, will kill all other animals in the tank. Today, I saw 6 large ones! 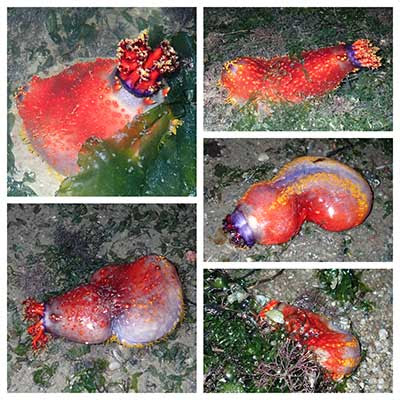 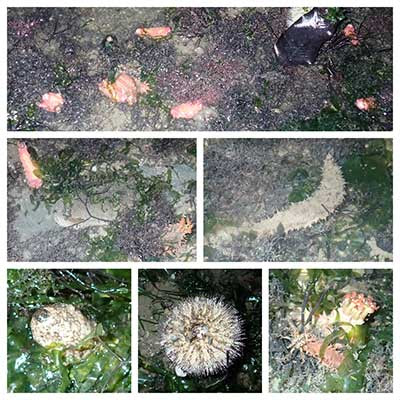 It was good to see that Biscuit sea stars are once again common on this shore. I saw many tiny to medium sized ones. I also saw several large Eight-armed sea stars, one of them 'humped up' - not really sure why. I also saw two Spiny sea stars, one small orange Cake sea star near the jetty, one small Knobbly sea star and one Painted sand star. 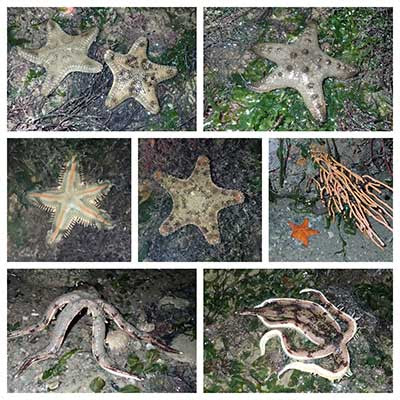 Many different colourful animals had settled on legs of a jetty nearby. On the higher level, there were clumps of small Green mussels. At the lower level, it was nice to see several small sea fans, many colourful sponges and ascidians and several Pink flowery soft corals. I saw two Milliaris cowries, a Blue feather star, two Black sea urchins, various sea stars and sea cucumbers on or near the legs too. The large Burgundy anemone is still on the jetty legs. I first saw it in Sep 2018. Today, I didn't see any Onyx cowries. The  explosion of Tiny red sea cucumbers that I saw on our last survey in Aug 2020 seems to have dwindled, there were only a few large ones on the jetty legs. 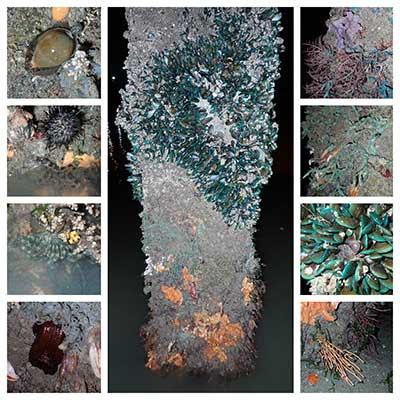 It was great to see several Pink flowery soft corals. These often harbour other kinds of animals. Today, I saw an Spindle cowrie snail (which eat the soft coral) and many Tiny colourful brittle stars. 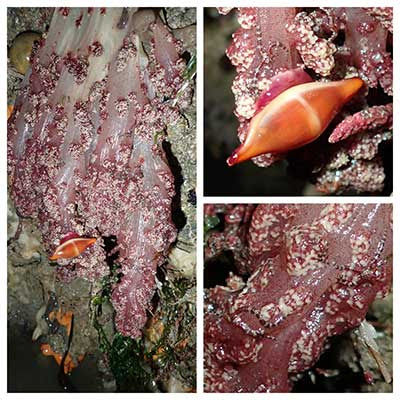 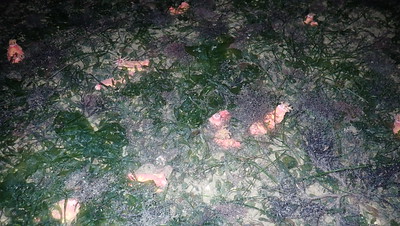 The seagrasses were teeming with a variety of swimming crabs, and tiny crabs like the Elbow crab. As well as many hermit crabs. There were also many of the molluscs commonly seen in our seagrass meadows: Window pane clams and Fan shell clams. And these were not over abundant either - I didn't see any clam invasion on this shore. 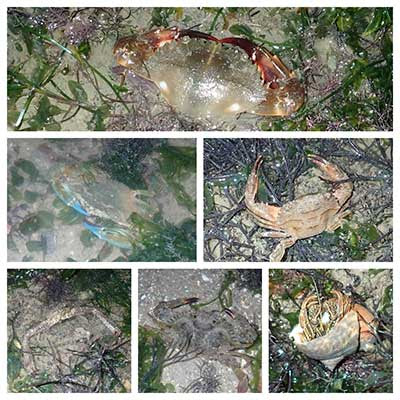 This shore remains soft and silty in many parts, perfect for anemones. The most abundant anemone were Haddon's carpet anemones, many of which had tiny carpet anemoneshrimps living in them. I saw several Tiger anemones and  Big hermit hitching anemones. I saw only one Flowery sea pen. I didn't see any, but Kok Sheng saw some cerianthids. 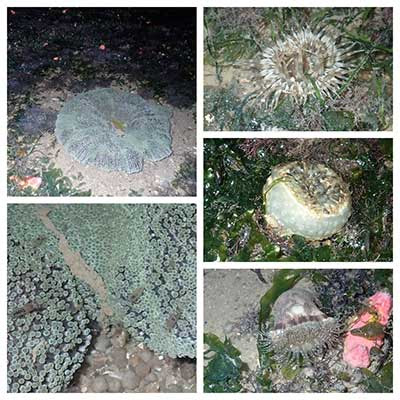 A new seawall now flanks a long extent of this shore. Which is an improvement over the previous shore protection system which was falling apart and seemed to be damaging the shore - more about this in the post for our last survey here in Aug 2020. Today, we enjoyed a  huge full moon. 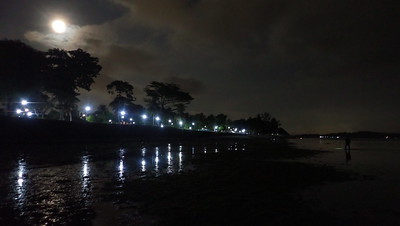 The tide turned well before sunrise, but we stayed a while to catch the lovely sunrise. As lots of planes roared overhead to land at the airport, at a rate that seems as high as before COVID. The planes were queued up quite close to one another. We didn't come across anyone else on the shore today. 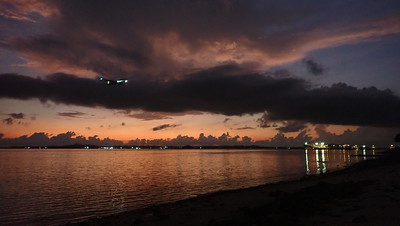 Others on this survey: Kok Sheng

Chay Hoon checked up on another stretch of Changi


Marcus Ng checked up on another Changi shore


Jianlin checked up on Pasir Ris

Richard Kuah checked up on another part of Pasir Ris