There is an underwater garden on the rockier parts of Changi. Today, there were many patches of healthy sea fans. Sponges have returned, providing food for our favourite nudibranchs. 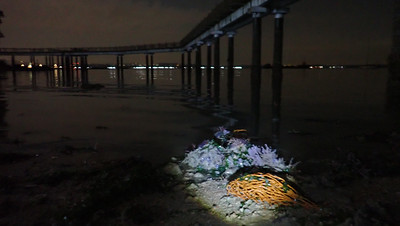 Seagrasses sprinkle much of this stretch shore, with a particularly lush patch in the lagoon. Unfortunately, the large fig tree that grows here has fallen over. But fishing pressure seems to have eased as large parts of the boardwalk are closed.

Today, there was a good variety and number of sea fans, sponges and other colourful encrusting marine life. Things seem much better than my last survey in Jul 2020. There was a  steady decline from our surveys in Jun 2019, Aug 2018 and May 2017, with the best situation seen in Aug 2016. 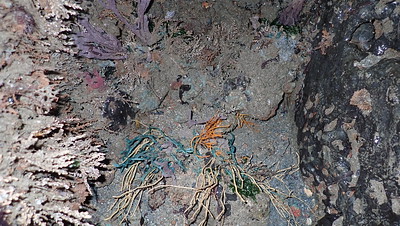 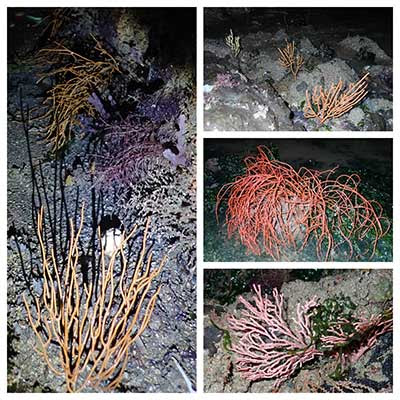 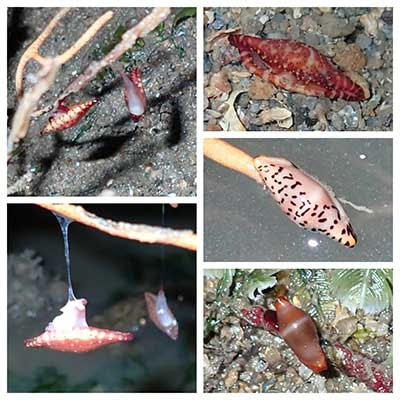 Today, there were a lot more sponges than I saw on my last survey. 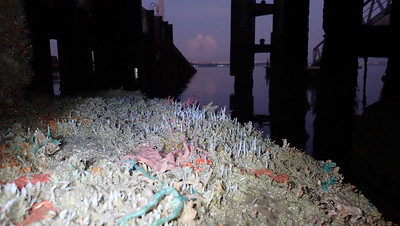 Sponges and other encrusting marine life were growing on all hard surfaces, natural and artificial. 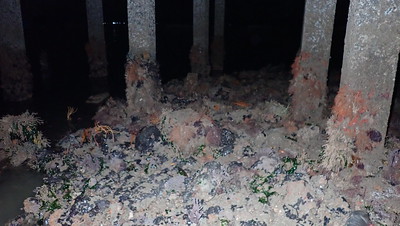 I saw a good variety of sponges. Some of them were particularly large and well formed. 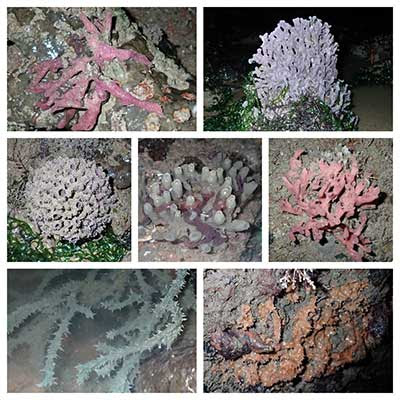 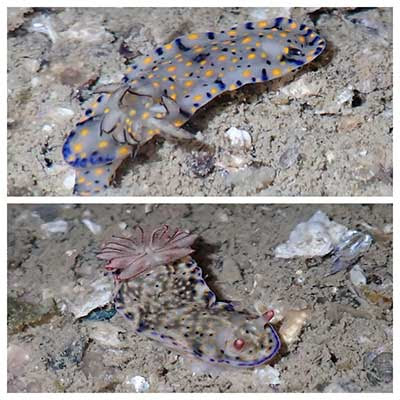 Jialin is much better at finding and taking photos of nudibranchs and the other reefy creatures we saw today, so check out his album.
The 'fields' of button zoanthids are flourishing again. 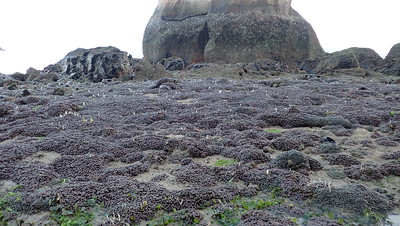 Spoon seagrass are growing on many parts of the shore, even on the rockier areas. They are particularly lush in the small lagoon, that I saw for the first time during our Aug 2018 survey. I couldn't find any Hairy spoon seagrass though. 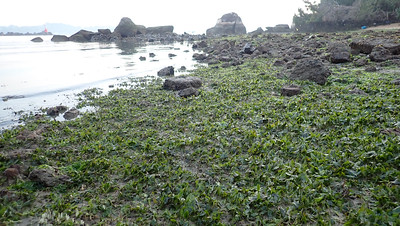 The mangrove trees that have settled on the seawall are still there. 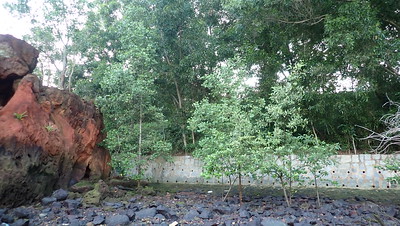 Unfortunately, the huge Johor fig in the lagoon has fallen over. It appears to be due to some sort of slope failure. But the tree is not completely dead. There are still leafy branches on it and it's still figging. A hornbill was feasting on the figs when I was there. 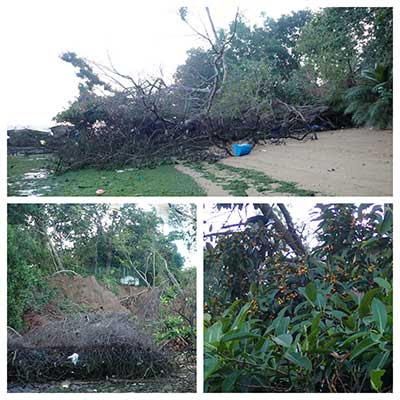 Usually, fishing and trapping goes on at the Changi Coastal Boardwalk 24/7. During our last survey here in  Jul 2021, even at low spring tide at the crack of dawn, there were people already setting up many long fishing poles. Today, large sections of the boardwalk is CLOSED! So there were no people. And no fresh traps or fishing nets. Although old traps and nets are still there. There were some signs of light construction on the western most portion of the boardwalk. 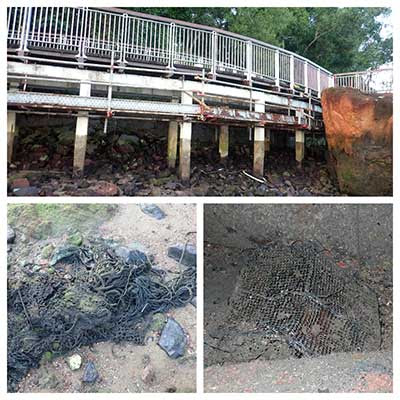 Others on this survey: Jianlin Liu

Chay Hoon check up on another Changi shore


Marcus Ng checked up on another Changi shore


Jianlin checked up on various Changi shores 28-30 May