A large team turned out to survey Beting Bemban Besar even though it was a weekday. Which is a good thing because this submerged reef is HUGE! 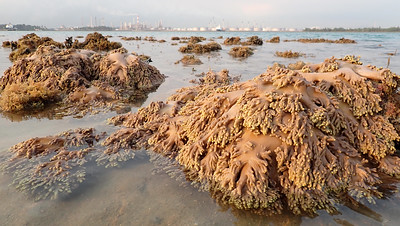 It was great to see that seagrasses have started to cover large areas, although not very densely. I even saw what looked like dugong feeding trails! There are many kinds of corals at the reef edge, most were alright although I saw a few that were very pale and even bleaching. The team found colourful nudibranchs, cushion stars, large anemones with anemonefish and more!


Beting Bemban Besar is among our largest submerged reef flats. I checked out the eastern edge that faces Pulau Semakau, which I've never actually surveyed before. There are some corals on the reef edge, but not as many or as dense and as large as say, Terumbu Raya. 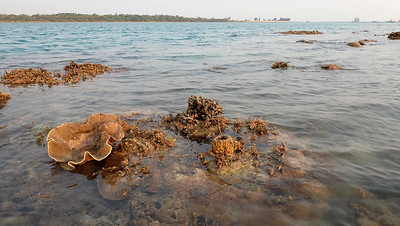 I saw a wide variety of corals and most were alright. I did see some corals that were very pale, glowing yellow or white or in colours that suggest that they are stressed (pink, bright green). 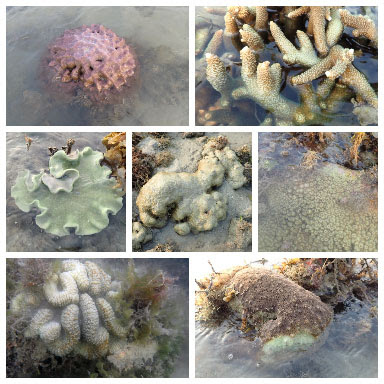 Here's some large corals on the reef edge that were glowing white or yellow. 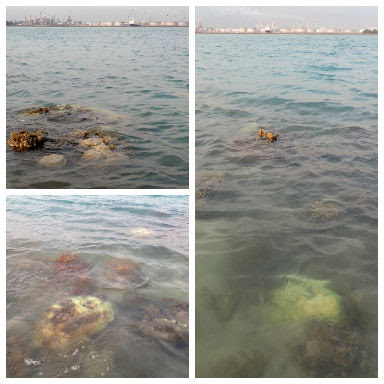 The higher shore was thickly covered with Chocolate sponge and dotted with small corals. 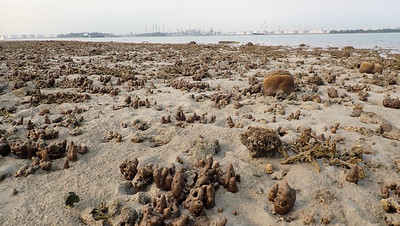 Some other special animals I saw include a humungous Cushion star, two Magnificent anemones, several Giant carpet anemones. Abel spotted a Leathery sea anemone, which is not commonly seen on our shores. Common sea stars were also scattered among the seagrassy areas. I also saw a Very long ribbon worm. 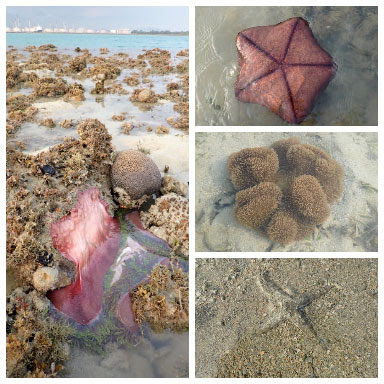 There were several Anemonefishes in this Giant carpet anemone, but they were very shy, playing hide and seek with me. 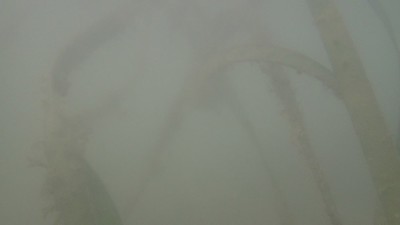 We landed at this long, wide sand bar that for some reason, I've not noticed before. The lagoon behind the sand bar is now full of seagrasses. 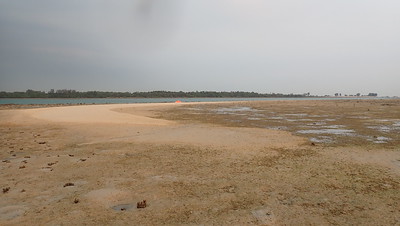 I even noticed several dugong feeding trails among the seagrasses growing here! 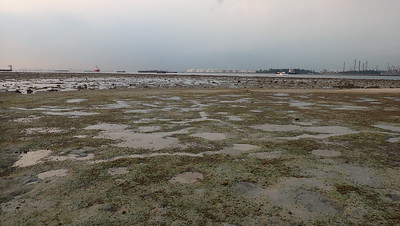 While most of the seagrasses were covered with epiphytes, there were many patches with fresh green seagrass of various kinds. Including some nice Tape seagrass that have not been cropped! 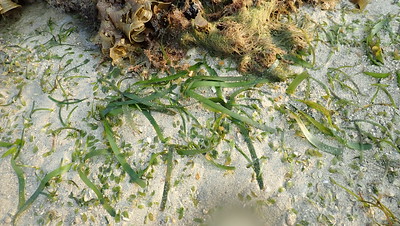 I also saw some long Tape seagrass growing in deeper water. The most abundant seagrass was Spoon seagrass with tiny and with large leaves. There were also Sickle seagrass and Noodle seagrass. 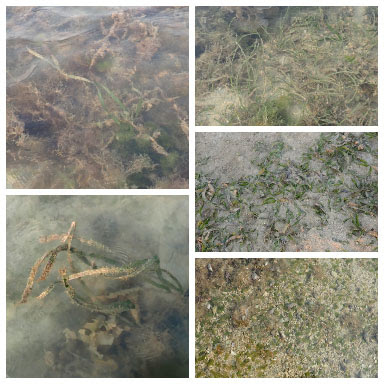 The Sargassum seaweed are dying down, but still form dense layers near the reef edge. In the area nearer the fish farm, there were patches of bright green filamentous seaweed. 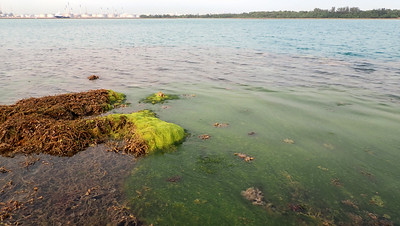 This deep large hole near the reef edge is a result of a boat striking the reef and gouging out the corals there. Fortunately, today we didn't come across any nets or traps on the shore. I didn't look at the usual area that I surveyed in the past (last survey in June 2019), but the rest of the team did. 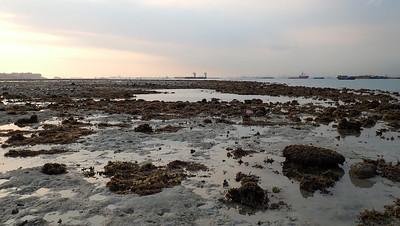 On the way, we noticed a big gash in the coastal forest on Pulau Jong. We first noticed this in Feb 2019. Probably a result of a massive rockslide or landslide. 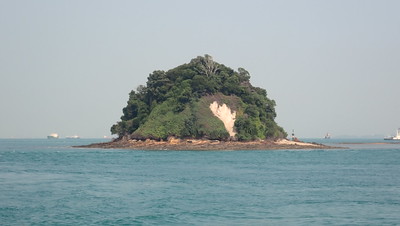 Let's hope our shores stay safe until we return.


Others on this trip: Ivan Kwan.

Meanwhile, other friends surveyed other shores

Vincent Choo helped out in The Southern Islands Biodiversity survey by NParks.