Under glorious blue skies, we surveyed the eastern shore of Pulau Semakau that lies next to the Semakau Landfill. 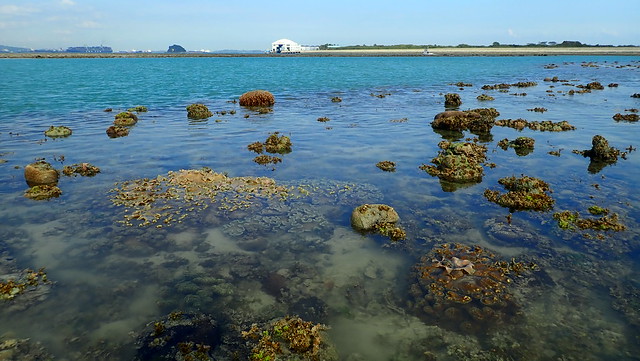 These natural shores remain very much alive and seems to be in better health than our last survey in Jul 2018. We also saw two Fluted giant clams!

Here's a glimpse of what I saw today. 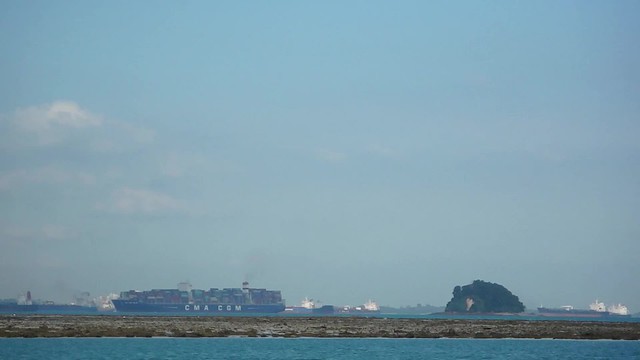 The situation seems much better than during our last survey in July 2018. The shores are sandy once again, and there are lots of healthy looking corals. 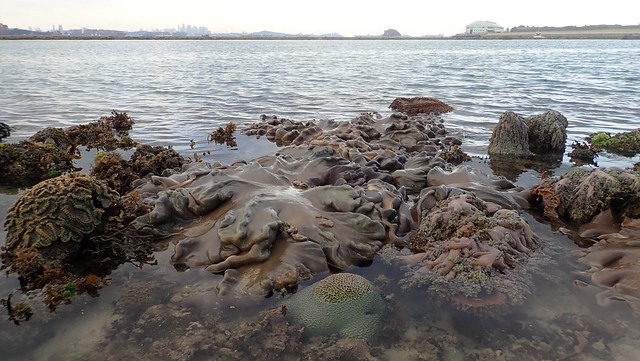 It was nice to see a patch of Branching montipora corals near the seawall. 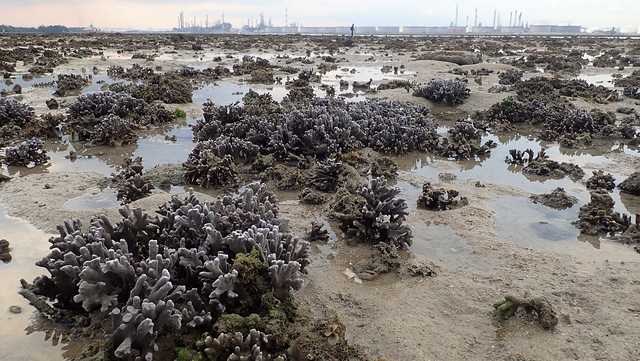 I saw some species that were among the first to bleach in the past, but were alright today. These included some small Cauliflower corals, some large Sandpaper corals. I saw several different kinds of Anchor corals that were alright, during the Jul 2018 survey most of the Anchor coral colonies I saw were 99% dead with only tiny living portions on the bottom. Most of the Anemone corals I saw were alright. There were also many Merulinid corals which were mostly alright. 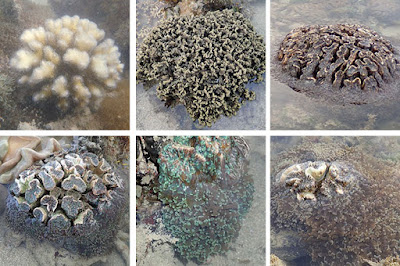 It was nice see some special corals like Lettuce corals, Carnation coral, Tongue mushroom corals, Pebble corals. There were also many Brain corals. 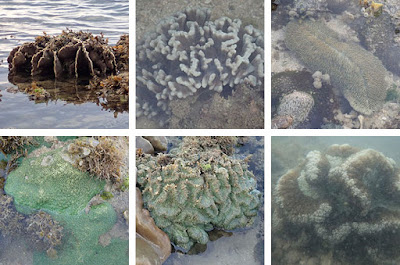 There were a lot of leathery soft corals of various kinds, with many large colonies. None were bleaching. 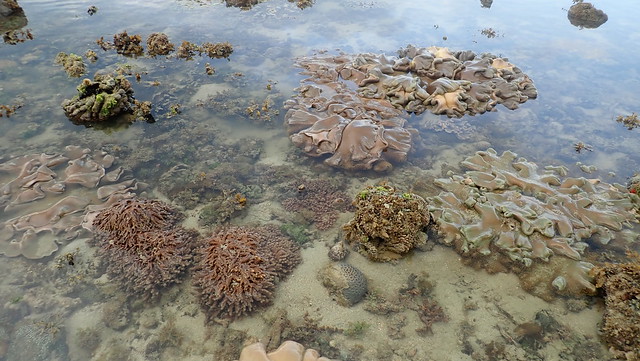 I saw two Leathery sea fans with partially dead portions. During the Jul 2018 survey, only their tips were alive. 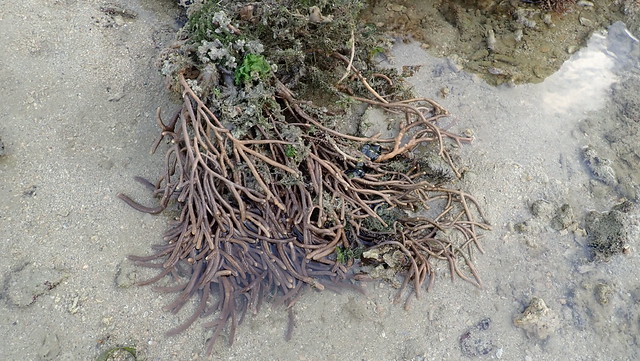 Most of the soft corals and hard corals were alright. But some were pale or had odd colours, a sign of stress. 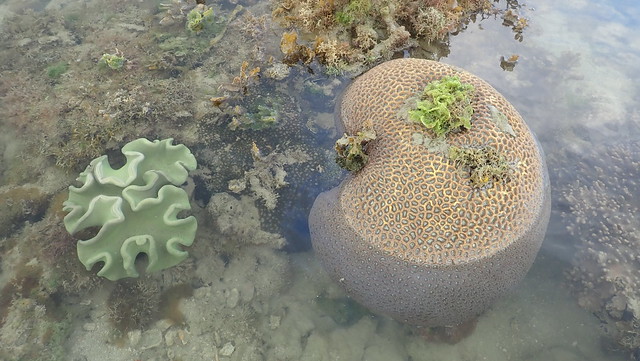 These were some of the corals that were pale or showed bright colours, an indication of stress. But many others of the same species were alright. All the Acropora coral I saw were bright pink or pale. Most of the Disk corals I saw were pale or oddly coloured. 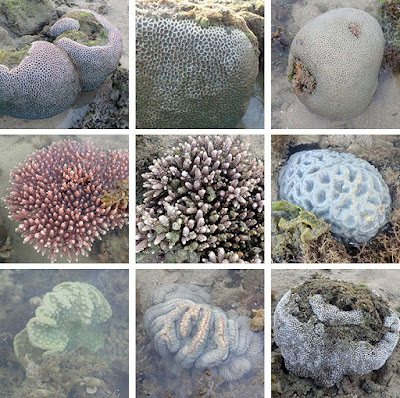 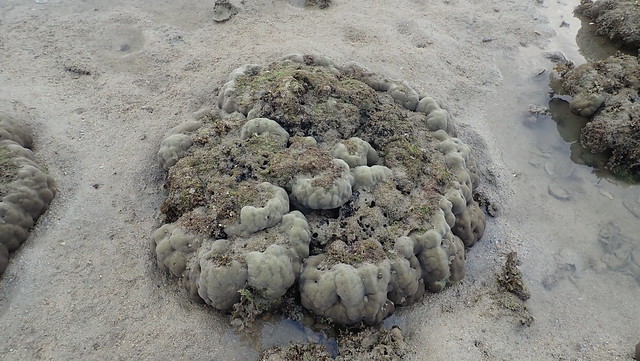 There were also pale Asparagus flowery soft corals, and corallimorphs and zoanthids. But most of them were alright. 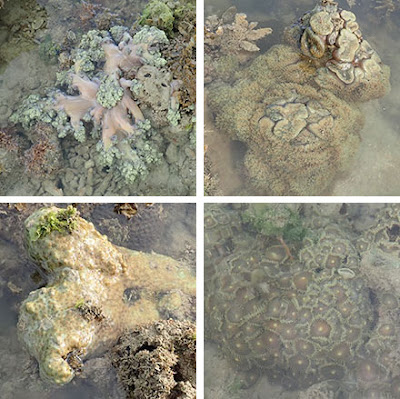 There were a lot a lot of Magnificent anemones. They were all not bleaching. I also saw some Giant carpet anemones, but only one had anemonefish. 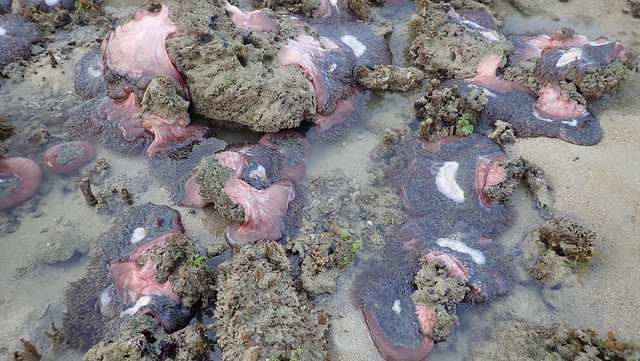 Among the other animals I saw were a lot of Diadema sea urchins, a pair of Clown anemonefishes and a Bornella nudibranch. 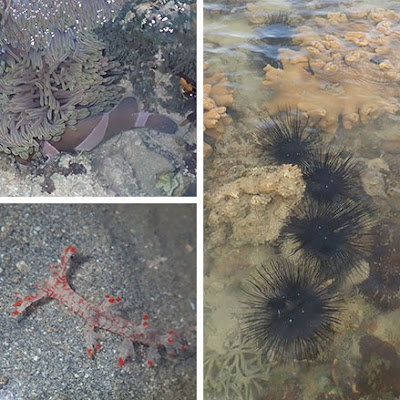 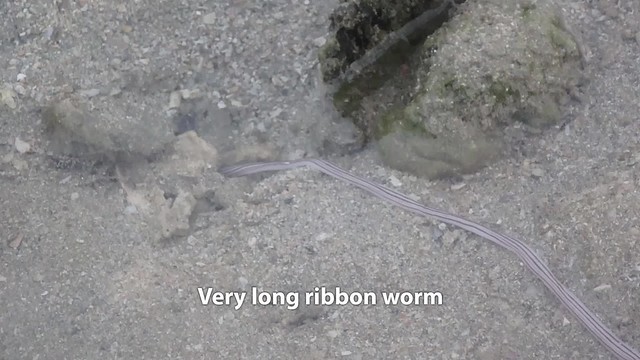 I saw a small Fluted giant clam and Jing Ying saw another too! 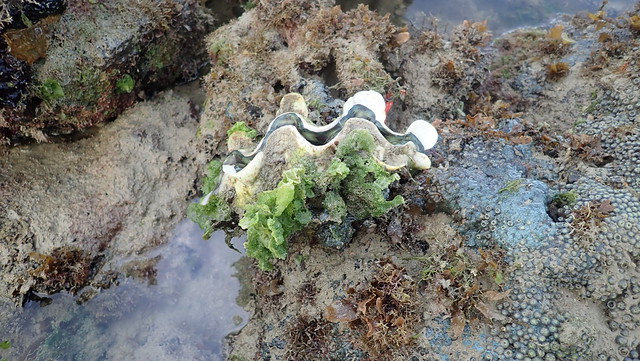 It's amazing that this fascinating clam is found next to our landfill! 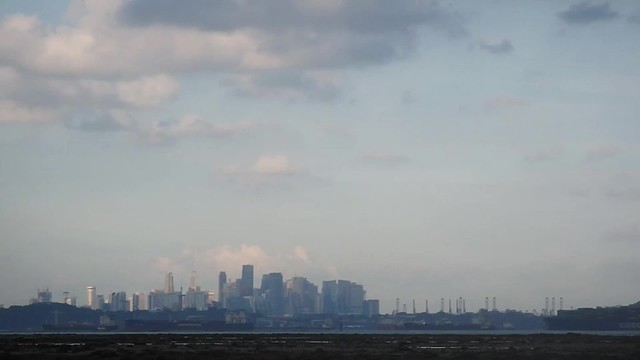 There is not much Tape seagrass here, just a few small clumps here and there, most of them have medium length leaves (about 20cm). There are sprinkles of Spoon seagrass with tiny leaves on the sandy areas near the seawall. 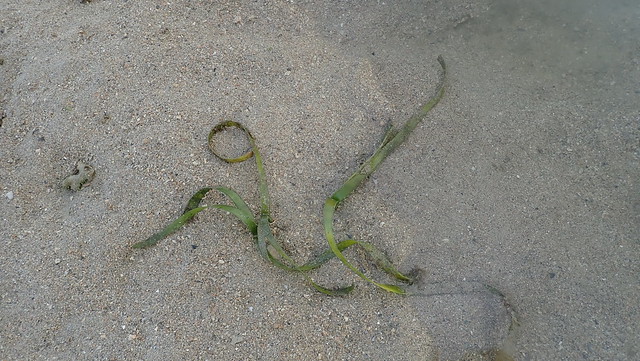 The abandoned fishing line we first saw in Jun 2017 is still there. Fortunately, we didn't come across any new nets. 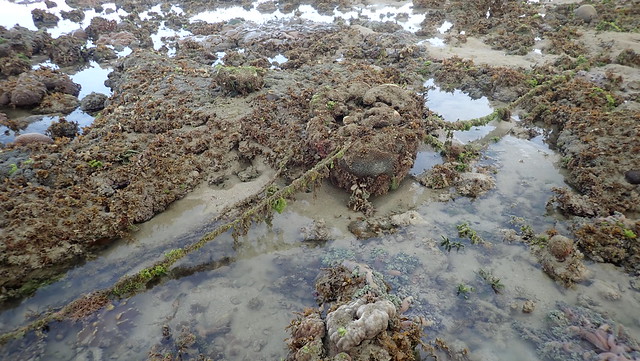 On the way, we noticed a new white scar on Pulau Jong, suggesting there has been a recent landslide on the cliffs. 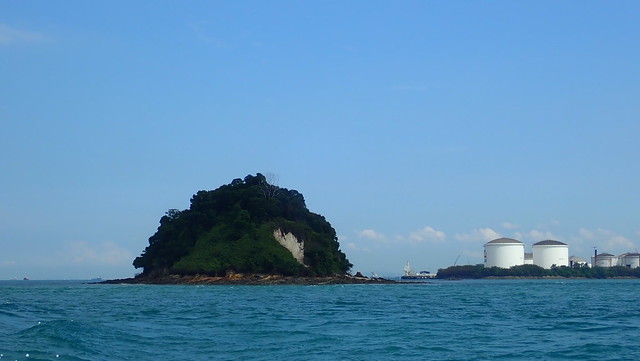 
Others on this trip: Anya