The Tape seagrasses were blooming on the natural shores of Sentosa! I also paid respects to the old mother Nyireh laut tree and her daughters, all doing fine. 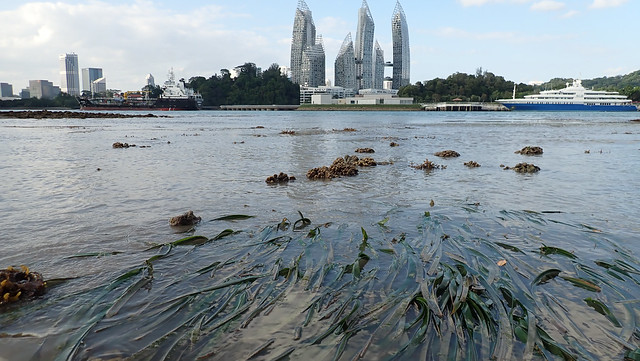 There were also nice patches of healthy coral, although some colonies were bleaching. I also encountered Stonefish!

Sending shivers down the spine every time I see it, I happened to spot the Hollow-cheeked stonefish just before I stepped on it (the usual way I spot one). It's tough to distinguish it from the surrounding rubble, especially in ripply water. I still remember the day Shao Wei stepped on a stonefish on this very shore in 2011. It's a terrible thing to happen! How many stonefish are there on Sentosa? Here's a paper on this question. 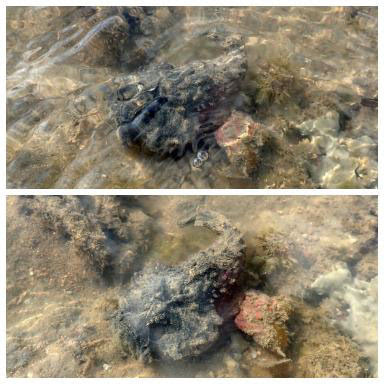 On to happier encounters, the narrow slivers of natural shore that escaped reclamation for Resorts World Sentosa have many clumps of Tape seagrass with long leaf blades. Today, I saw sprinkles of tiny white male flowers floating on the water! These are often mistaken for styrofoam bits. The female flowers are much larger, with three large petals that 'zip up' when underwater but open up on the water surface so the male flowers can get to them. So fascinating to see this in action! 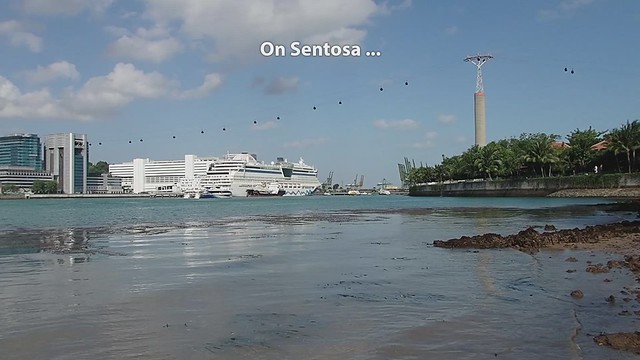 As on my last survey here in Jul 2019, Spoon seagrass was everywhere. On the northern shoreline, there are still some small patches of Sickle seagrass and sprinkles of Needle seagrass. The Tape seagrass on the southern shore however, were mostly cropped. I saw some male flowers here floating on the water, but no female flowers. 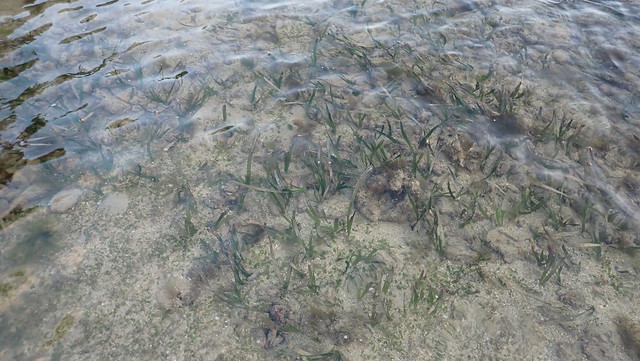 There are still dense growths of Spoon seagrass on the mid-shore, and near Rasa Sentosa, the Tape seagrass and Sickle seagrass seem to be doing better. 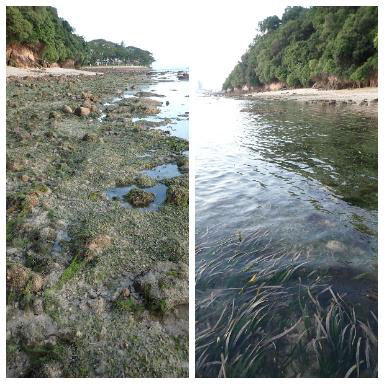 Kelvin spotted an Estuarine moray eel!
This part of Sentosa never really had many hard corals. But the small dense patch of Branching montipora corals is still there and doing well. 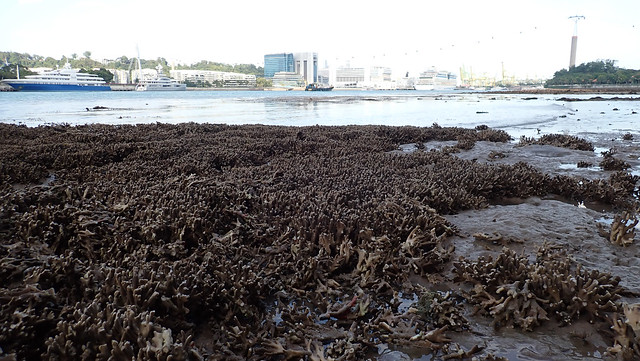 Here's a brief clip of the corals I saw and the lovely sunset we enjoyed. Despite nearby petrochemical plants, massive container terminals and busy shipping lanes, these natural shores are still very much alive. 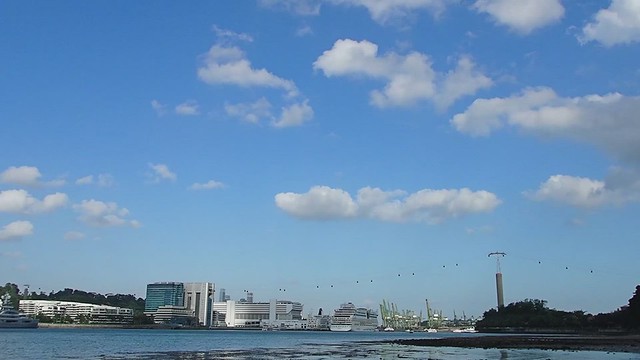 I saw many Sandpaper corals that were perfectly okay, many Merulinid corals and Boulder pore corals that were pale or bleaching. During my last survey in Jul 2019, I didn't see any bleaching and most of the colonies were well formed. The tide wasn't really low today, so perhaps I just didn't reach the same areas as my previous survey. Kelvin saw one Lettuce coral, a few Disk corals and Cauliflower coral. 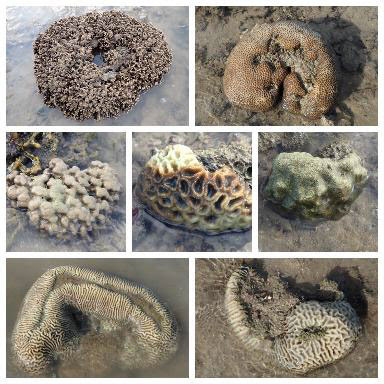 I saw many Giant carpet anemones along the northern shoreline, a few Frilly sea anemones, some Wiggly reef star anemones. I saw some small colonies of a variety of Leathery soft corals, and some blue Broad feathery soft corals. 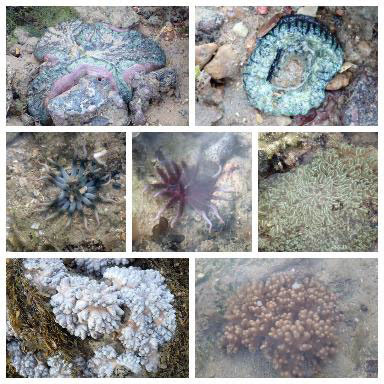 There were also sponges of various kinds on the shore. The most abundant being Silvery blue sponges, some covered rather large patches. 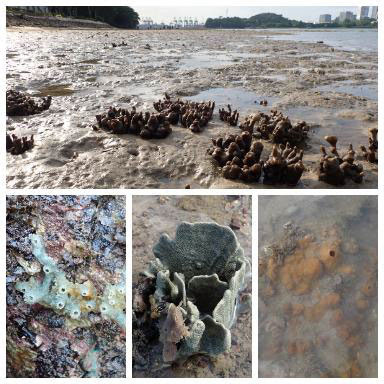 This stretch of shore has some of the loveliest natural rocky shores and cliffs, cloaked in a natural coastal forest. Now rare in Singapore. 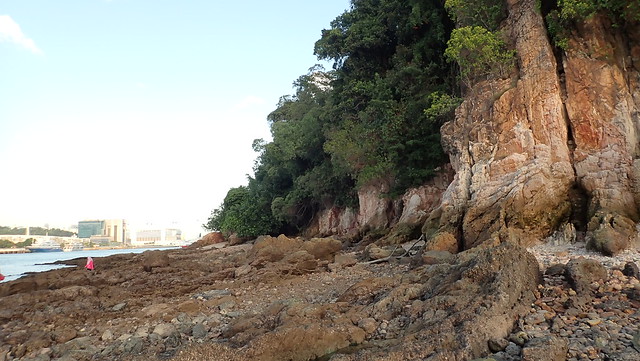 Where the rocks are submerged most of the time, they are encrusted with sponges and other marine life, and dotted with special snails such as the Giant Top shell snail. 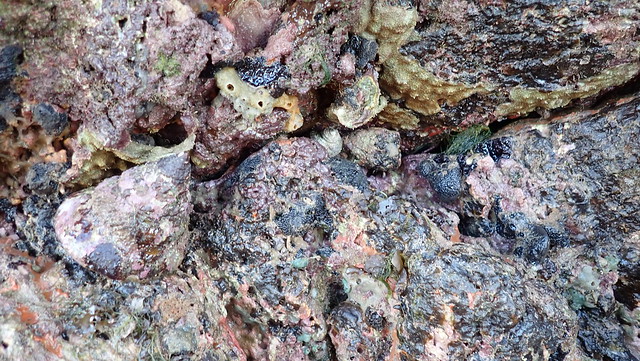 The natural coastal forest that cloaks this natural cliff has some of the last of Singapore's now rare coastal plants. Among them is Nyireh laut which is Critically Endangered in Singapore and we probably have only about 7 trees on our shores. The mother tree and her older daughter tree are still alright. 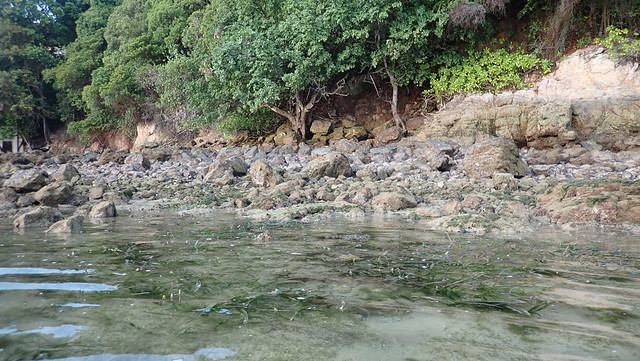 The young Nyireh laut growing under the pillbox is doing well. On the last survey in Jan 2018, it seemed to have been chopped off, but has since resprouted. The leaves are turning yellow, which happens naturally now and then. The branch wedged at the tree base probably fell off from the cliff, one of the challenges facing trees growing on or near these natural cliffs. 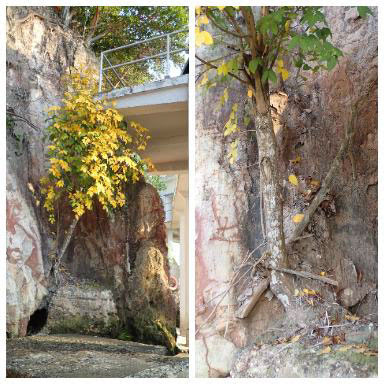 It was nice to see the very young Nyireh laut that has settled under the cliff some distance from the mother tree is still doing well. I first saw it on my last trip here in July 2017. 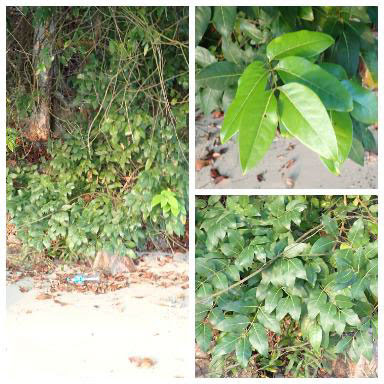 The patch of Raffles pitcher plants is also still there and seems to have grown larger. The plants were furiously in bloom. 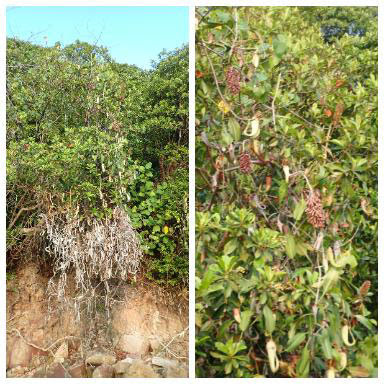 At the sandy patches among the rocks, I saw about 20 Cake sand dollars. Similar to my last survey in Jul 2019. 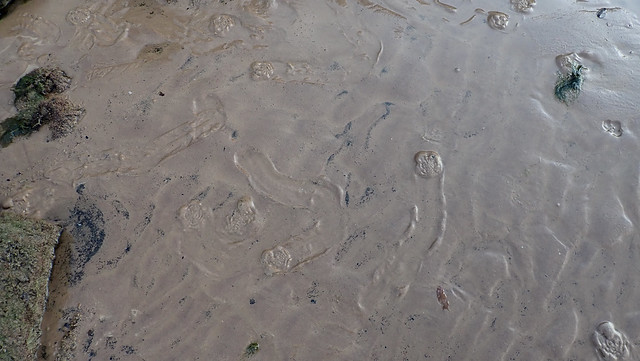 There is still a bloom of Bryopsis green seaweed on the western shore near Rasa Sentosa. While Sargassum is blooming on the reef edge. 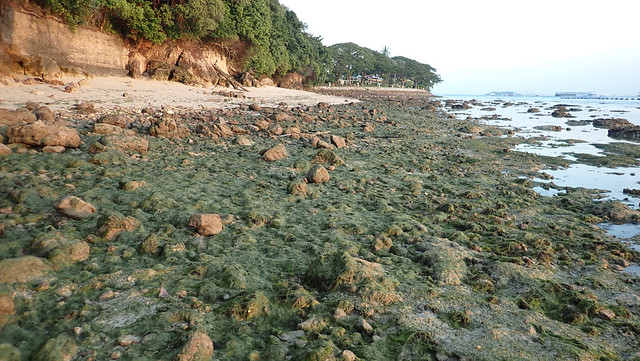 The long line of floating drums are back since I saw then on our survey in Dec 2018. They were absent during our survey in Jul 2017 and Jan 2018 so they must have been reinstalled since then. These are a 'security barrier' first installed in 2012. 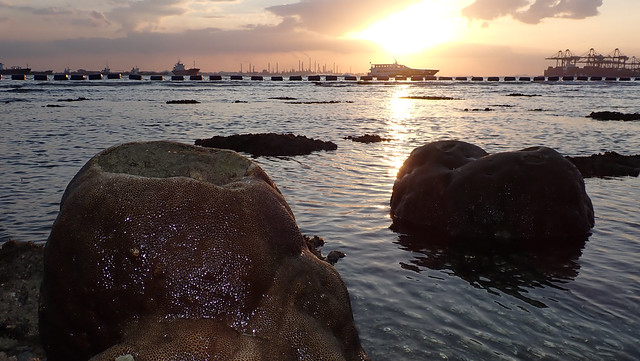 It is always bitter sweet for me to survey this shore.  I had helplessly watched some of the reefiest parts of the northern shoreline being buried for Resorts World Sentosa more than 10 years ago. I took this photo in 2007. 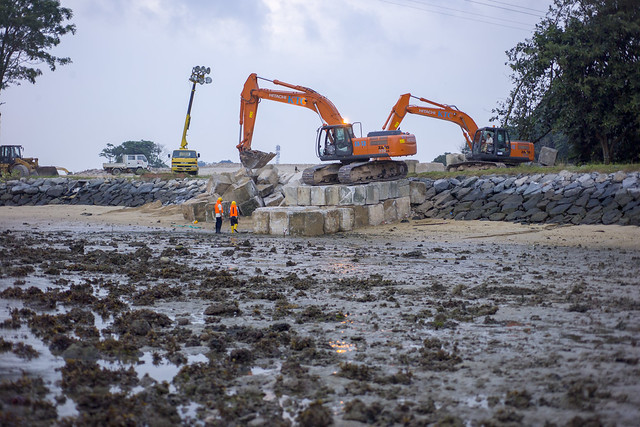 Massive construction on the shore in 2008. 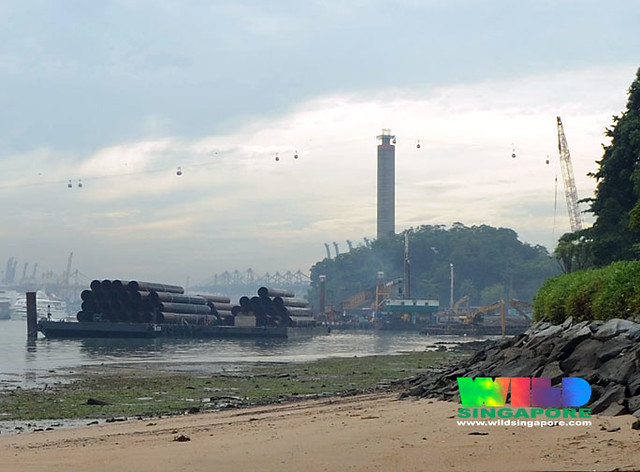 Ongoing construction of Resorts World in 2009 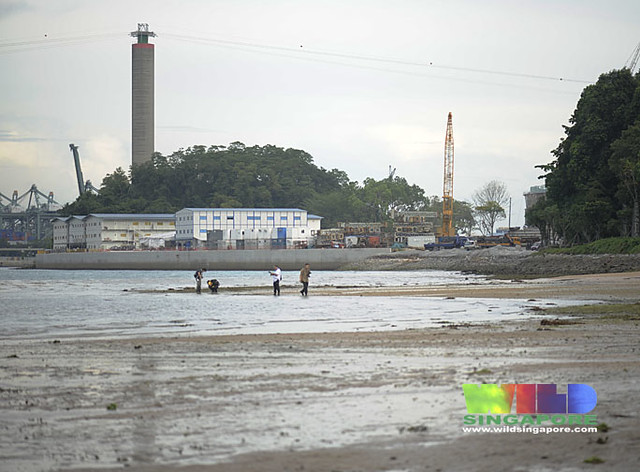 How ironic that our priceless reefs are buried to create artificial marine habitats that profess to support marine conservation. And when they fail, will they even attempt restore the reef back to the way it was before?