Colourful shores at Changi Creek mouth with some seagrass bleaching

There are living rocky shores and lush seagrass meadows at the mouth of Changi Creek, where bumboats ply to and from Pulau Ubin. 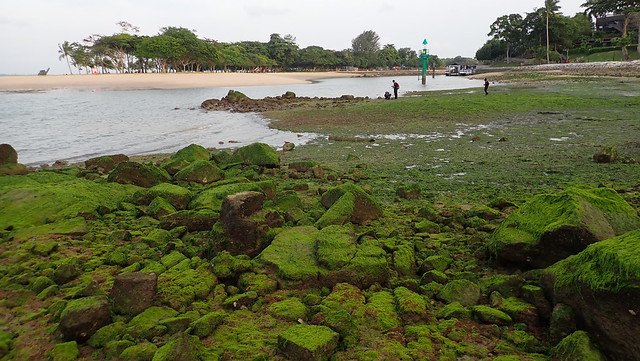 During a short evening survey, the team saw lots of sea stars, nudibranchs and other colourful marine life. Unfortunately, there seems to be extensive seagrass bleaching at the mouth of the Creek, although elsewhere, the seagrasses are alright.

It was great to see colourful sponges of various kinds growing on the rocks in deeper water. 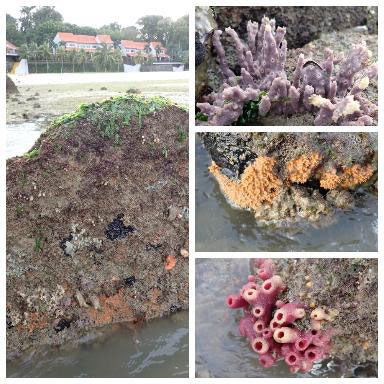 And where there are sponges, there are nudibranchs. Today, we saw many Bohol nudibranchs. The one I saw was clinging onto the rock. The rest of the team saw many other kinds of nudibranchs too. Check out especially Jianlin's album! People often don't believe me when I say that we often see a wider variety of nudibranchs on the Northern shores than among the reefs of our Southern shores. 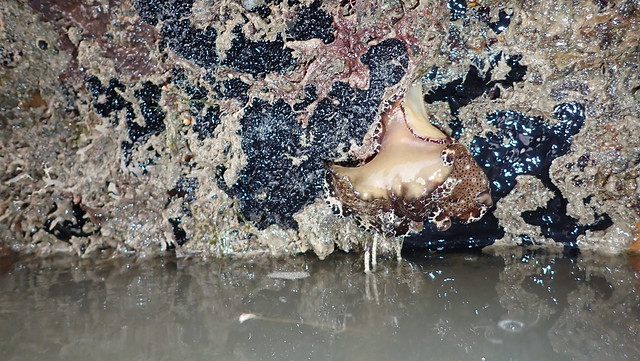 I saw many patches of Zebra coral and one small colony of Anemone coral. I saw one small Spiky flowery soft coral, some small sea fans of various kinds (but not as many or as large as those I saw on our last survey in Jul 2019). I saw a few Cerianthids and many Haddon's carpet anemones. 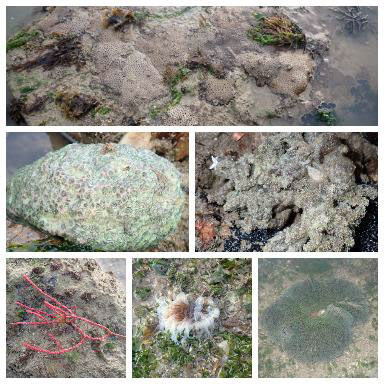 I was delighted to come across this snail that I don't often see. Possibly the Graceful cowrie? 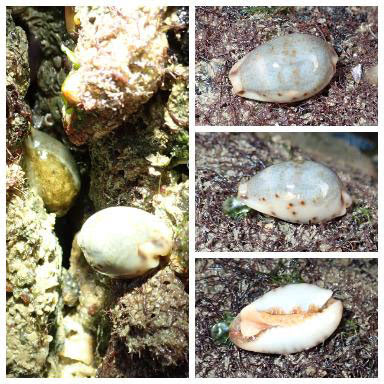 I also saw many other snails and clams. This shore is heavily harvested, so it was nice to see two Noble volutes and some Gong-gong snails. There were a few small fan clam shells, some tiny Window pane shells and a Large cockle. It was a relief NOT to see Horse mussels, which have taken over some other parts of Changi beach. 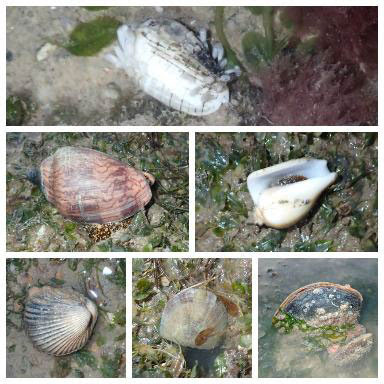 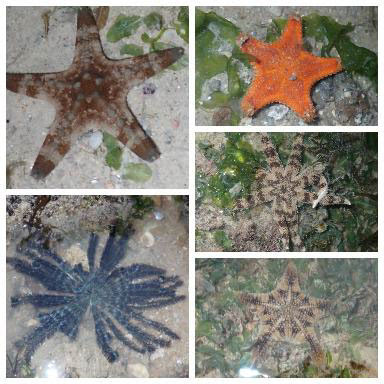 As well as this sea star that we have not seen before and have yet to identify. It seems to be some kind of Luidia sea star. 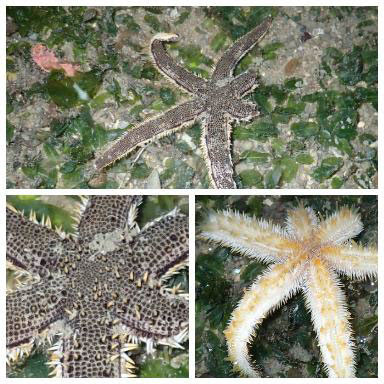 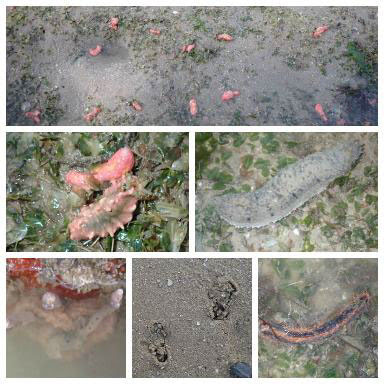 There are dense growths of Spoon seagrass (small leaf blades) all along the shore from the jetty onwards. But large patches of the seagrasses at the mouth of Changi Creek were bleaching. 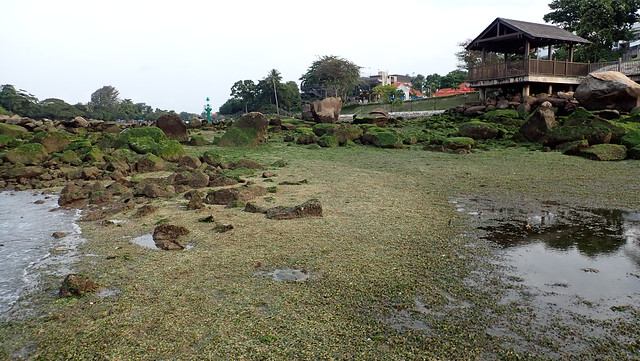 The stretches of 'blond' seagrasses are quite disconcerting. 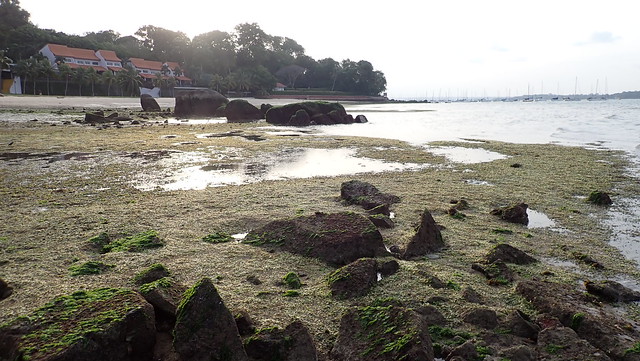 Seagrasses appear bleached when they lose their green chlorophyll. This often happens when they are stressed, e.g., from high water temperatures or exposure to pollution. 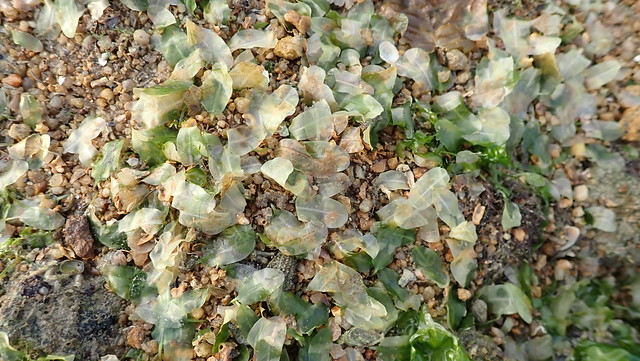 Fortunately, most of the seagrasses in the bay infront of the chalets are fine. With some patches of Needle seagrass in the lower water mark, which I first noticed in Jul 2017. I didn't see any dugong feeding trails today. 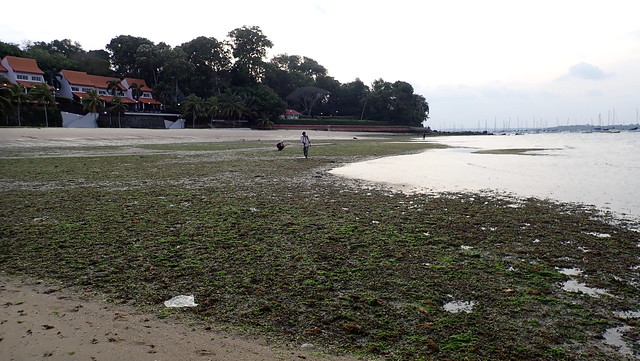 There is also a bloom of Sea lettuce on the rocks at the mouth of Changi Creek. 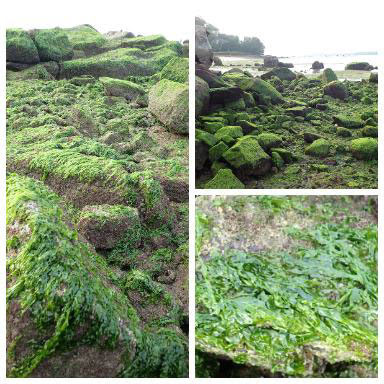 The seagrass meadows and rocky area at the mouth of Changi Creek seem rather resilient. I surveyed this shore was in Jul 2017, seven months after it was hit by the 300-tonne oil spill in the East Johor Strait. At that time, it was recovering very well. There was also massive coastal works on this shore to build the seawall in late 2018 to Jan 2019. 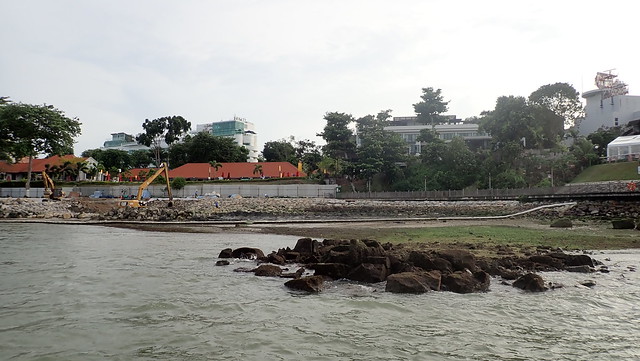 I'm so glad these shores survived and are doing well. Our shores are quite tough it seems!


Others on this trip: Victor Toh