Pulau Hantu after chemical spill and other impacts

Pulau Hantu's shores were impacted by mass coral bleaching in mid-2016, barge grounding in Oct 2016 and last week, there was a chemical leak at Pulau Bukom that lies opposite Pulau Hantu. 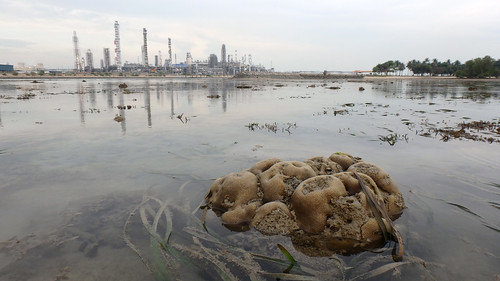 This evening, we survey the shores to see how they are doing. We saw yellowing leaves on the mangrove trees growing on the island. But the reefs looked alright, seagrass patches had long Tape seagrasses and we didn't see signs of fish nets or traps.


Impacted by chemical spill on 9 Jan at Pulau Bukom?

Last week, it was reported that on 9 Jan, the leak happened in a Shell unit on Pulau Bukom that was already shut down for maintenance. Shell said "there is no adverse impact expected in the water or the surroundings" as a result of the leak. When asked about what chemical was leaked, Shell said it does not provide such details "for reasons of commercial confidentiality". "The cause of the leak is being investigated," its spokesperson added. "The safety of the community and our personnel, as well as the protection of the environment, remain our top priority."

Today, I noticed yellowing leaves on the two large Perepat mangrove trees growing on Pulau Hantu. In one of the trees, half of the tree appears to be bare of leaves. 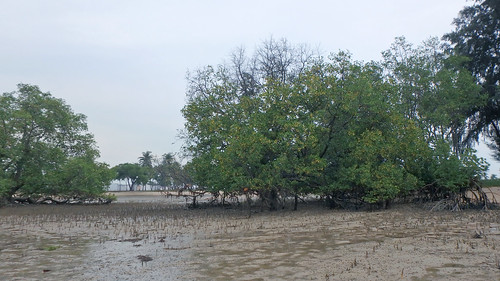 There were fruits developing on the trees among the yellowing leaves. I'm not sure if this is a sign of exposure to chemicals? 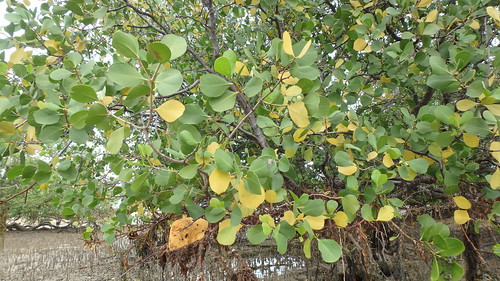 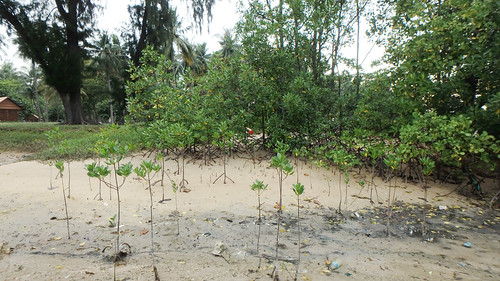 And some of the Api-api pasir trees nearby had some yellow leaves but normal looking flower buds and seedlings. 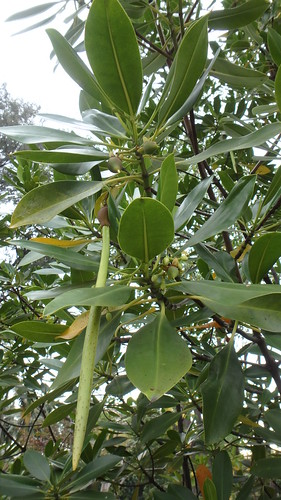 I had a look from afar at the mangroves that have naturally settled on the seawall around the northern lagoon. They seemed alright. 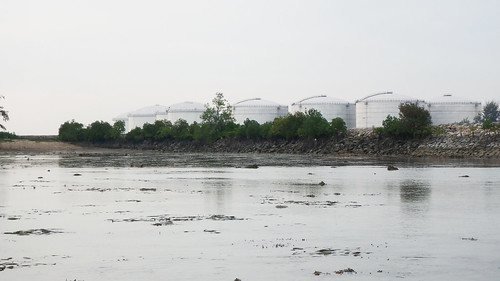 Impact of huge barges 'parked' in western lagoon in Oct 2016?

I decided to check the Western lagoon where two huge barges were seen 'parked' inside in Oct 2016.  Barges require tugboats to be moved around. I find it hard to believe the barges ended up in the lagoon by accident. Particularly since the opening of the lagoon is only about 90m and the barges are estimated to be 50m long. 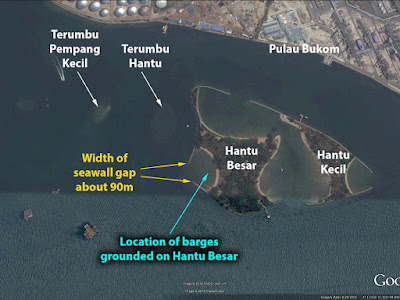 Here are photos of the barges in the Western lagoon.
A closer look at the barges that appear to be grounded right up on the shore.
The mouth of the Western lagoon was covered in Sargassum seaweed, so I couldn't see much of the shore. The shore is dotted with some boulder shaped corals. I didn't see any that were bleaching. 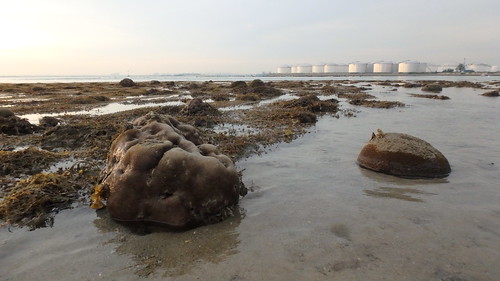 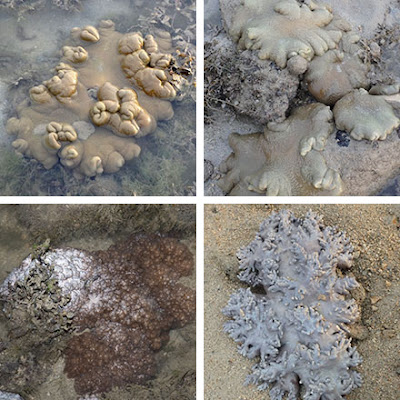 I saw many Merulinid corals. Most were not bleaching, but had large dead patches. 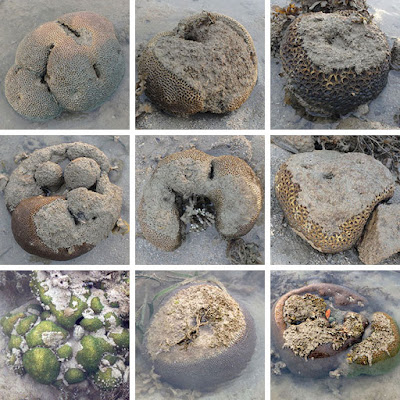 I saw two Flowery disk corals. One was pale, another had dead patches.

I saw two small Anemone corals, one was alright but had large dead patches, the other was still rather bleachy. 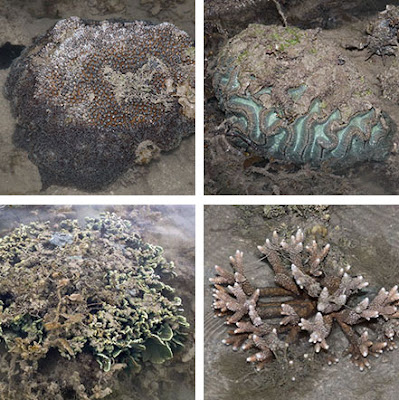 There were also two Fire anemones in the sandy lagoon.

Russel Low surveyed the reef edge of Pulau Hantu and saw lots of healthy corals. What a relief!

MORE photos by Russel in this album. 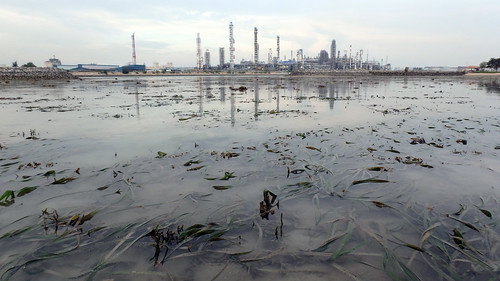 Chay Hoon was diving the waters at the same time as our survey. I'm sure she saw lots of marvellous marine life too! You can dive Pulau Hantu too with volunteers of the Hantu Bloggers who conduct guided dives at Pulau Hantu every month. 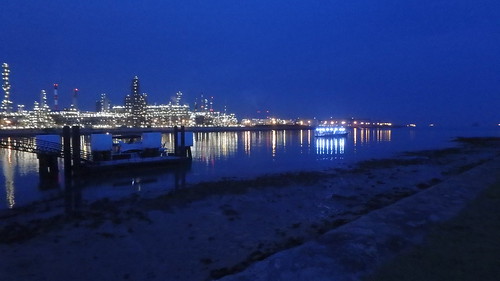 Chay Hoon shared what she saw during that dive!

Others who came for the trip: Marcus Ng, Lisa Lim,

Posts about recent impacts on Pulau Hantu
Posted by Ria Tan at 12:57 PM