Pulau Tekukor's corals appear to have made it through the mass coral bleaching. Most were no longer bleaching, although many colonies have 50% dead portions. The seagrasses are doing well. 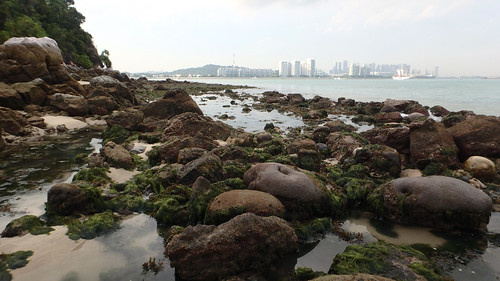 I managed to crawl to the southern tip of the island and saw a nice reefy patch there. We didn't see signs of works that were supposed to take place in that area. But did see people on a small boat tending to fish traps on the island.


In Jun 2016 we saw mass coral bleaching is happening at Pulau Tekukor. The survey team estimates about 50% of the hard corals we saw were bleaching, 50% for leathery soft corals and 10% for sea anemones.
Today, the corals are no longer bleached white. But although they are nice and brown, they also have large dead patches. 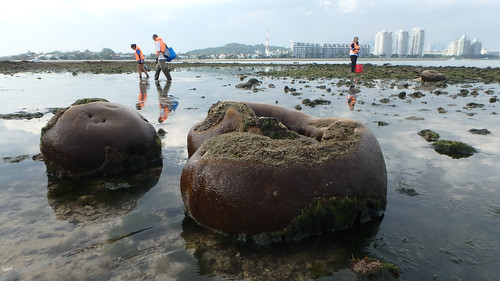 Today I saw a lovely reefy patch at the southern end of the island! I have not been to this spot for many years, so it was a nice surprise to see this. 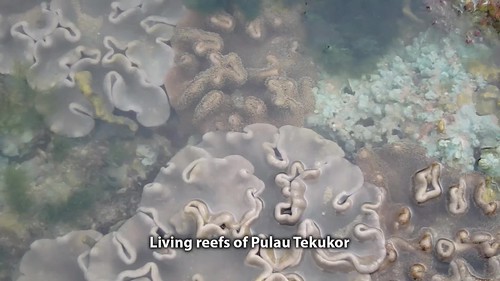 I did see a few individuals of a variety of corals including: Anemone corals, Small goniopora coral, Crinkled sandpaper coral, Flowery disk coral, Plate montipora coral and Brain coral. But most of the corals were Pore corals and Merulind corals (previously Favid corals). 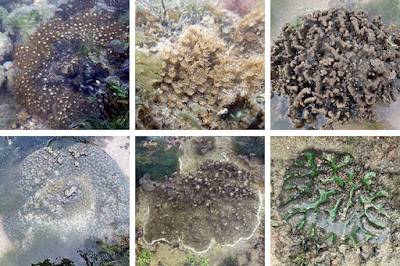 Today, I only saw a few corals that were still bleaching or pale. 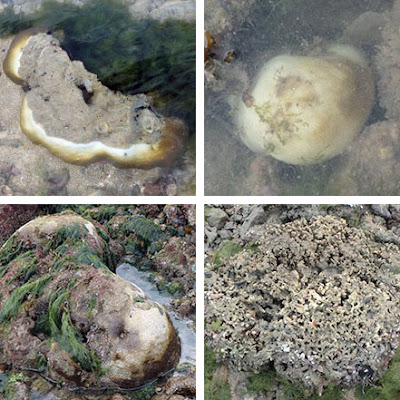 Some still had pale patches and patches that look like they recently died. 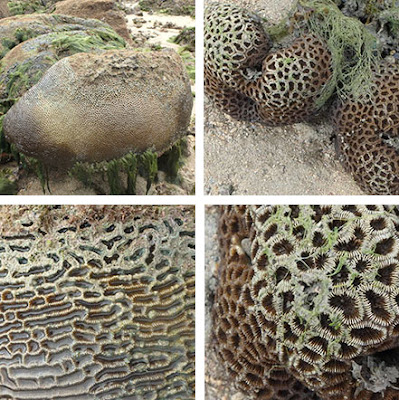 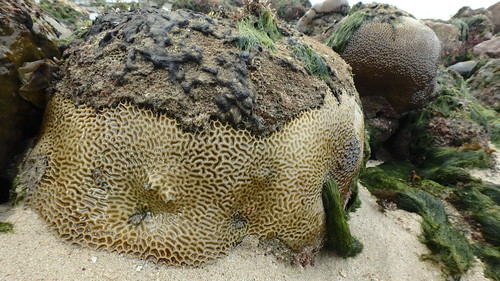 Most of the medium to large corals that were not bleaching had large dead portions. For many of the large hard corals that I saw, the dead portions made up 50% of the colony. I saw few colonies without dead patches. It is possible the mass coral bleaching event last year did take a toll of them. But I'm glad many of them pulled through. 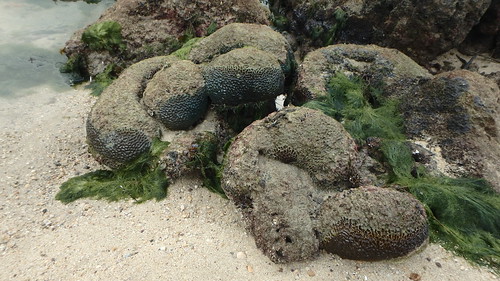 I saw several different kinds of leathery soft corals. Most were medium to small but none were bleaching. 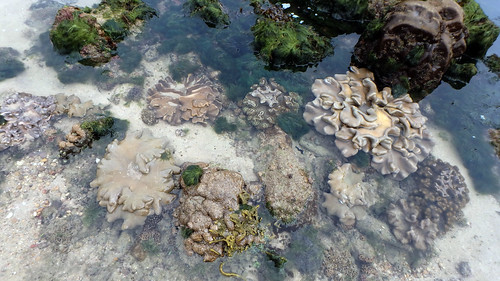 It was nice to see two Magnificent anemones. There were also many Giant carpet anemones, abundant Frilly anemones and I saw one Wiggly star anemone. Although some anemones were a little 'flourescent' I didn't see any that were totally bleaching. 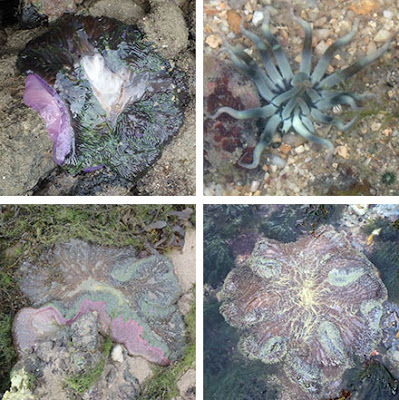 The vast pebbly and rocky shore continue to be mostly covered with zoanthids, and none of them were bleaching. The pebbles are really painful to walk on! 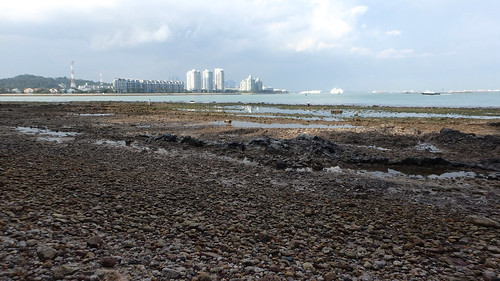 There were few sponges here and there. 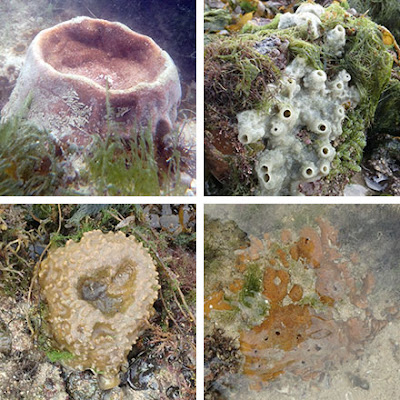 I saw a Red feather star curled up among some corals, as well as many Hairy crabs, a cluster of squid eggs. There were a few large Fan shell clams and I saw a dead cone snail. The most abundant animals on the shores remains the Black long sea cucumbers. 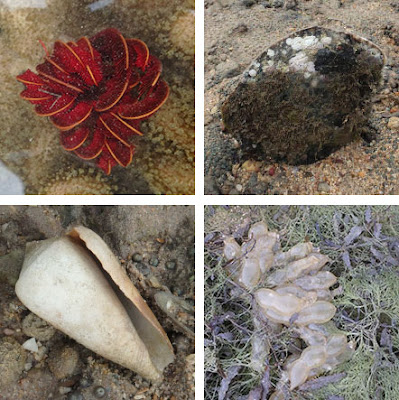 It was nice to see that the Fluted giant clam is still there and still doing well. 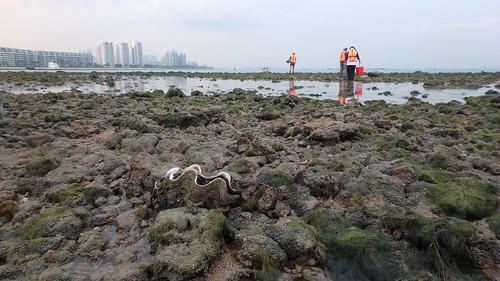 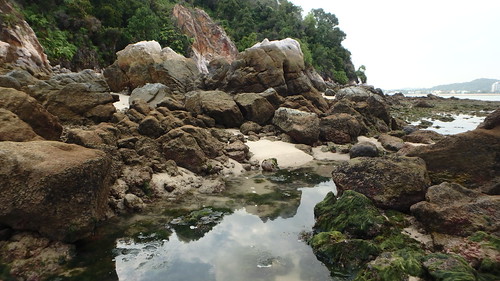 It is cloaked with all kinds of coastal trees and plants. Including some magnificent Raffles pitcher plants. Some were growing low so I managed a closer look at them. Their weird pitches and flowers too! 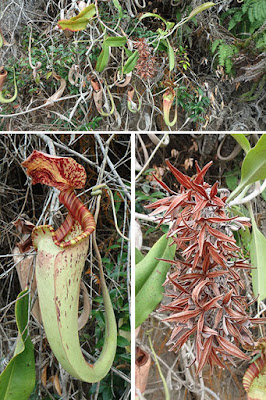 It was nice to see a patch of Sickle seagrass right at the southern tip of the island. 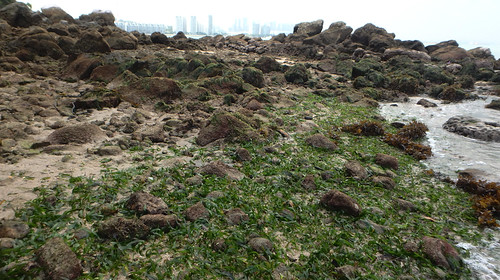 There's not much trash on the shore. 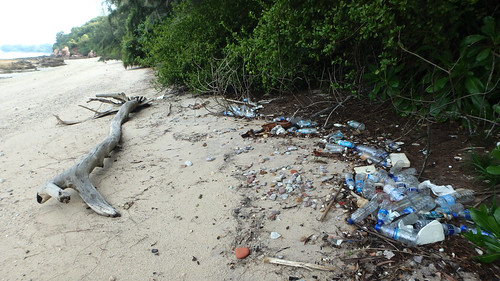 When we were arriving, we saw some people in a small boat with fish traps at the island. They appear to be checking their traps. 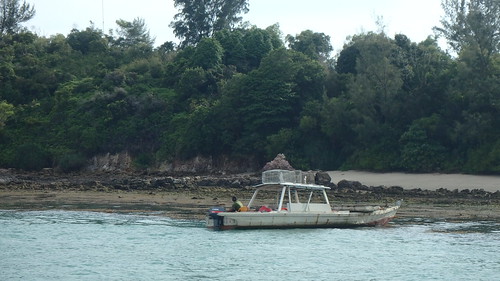 We didn't see any structures in the waters between Pulau Tekukor, St John's Island and the Sisters Islands. 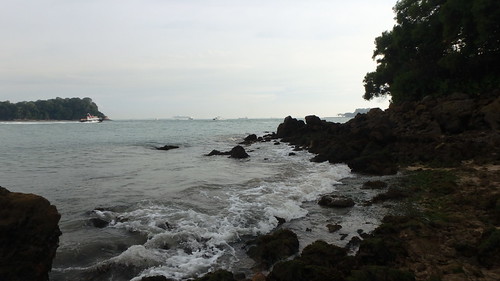 SOIL INVESTIGATION WORKS AT SOUTH OF PULAU TEKUKOR AND WEST OF ST JOHN’S ISLAND
With effect from 05 Jan 2017 to 27 May 2017. 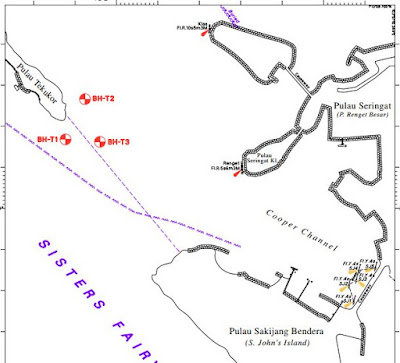 Soil investigation work will be carried out by drilling and sampling using a jack-up barge. Tug boats will be used to move the jack-up barges. The safety zone is a circular area of 30m radius centred at the borehole. Safety boats will be deployed in the vicinity to warn other craft about the work. Further enquires relating to the project can be directed to Mr John Chai, Project Director at Tel: +65 8223-2929 (email: john@kwangsing.com.sg).

Let's hope these works don't impact the shores nearby.