Nearly two weeks after the 300-tonne oil spill in the East Johor Strait, a check at low spring tide shows the fuller extent of the impact on seagrass meadows near Changi Point Ferry Terminal. 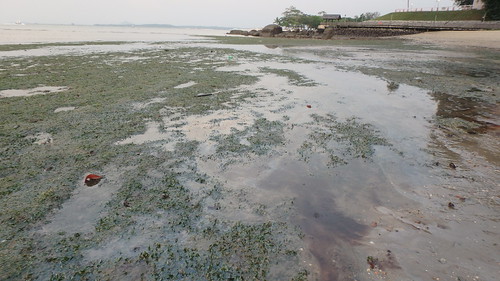 Oil and sheen is everywhere on a small seagrass meadow near Changi Point Ferry Terminal. The shore seemed a lot quieter than on my last trip here in Jul 2016.


Walking along the Changi boardwalk, the overwhelming smell of oil rose from rocks along this stretch of beach. 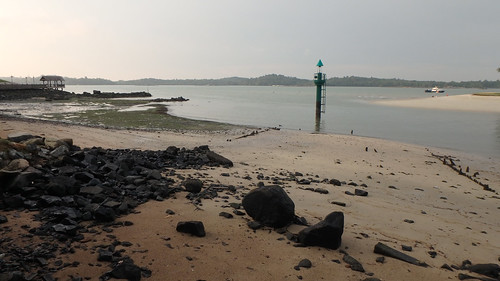 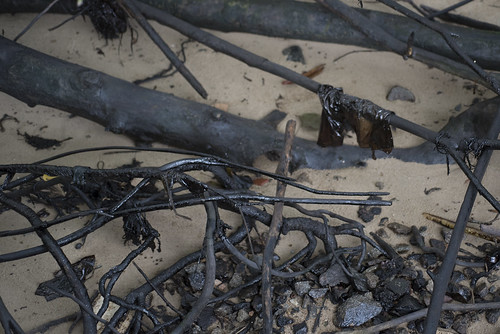 And oil coated trash remained on the shore. 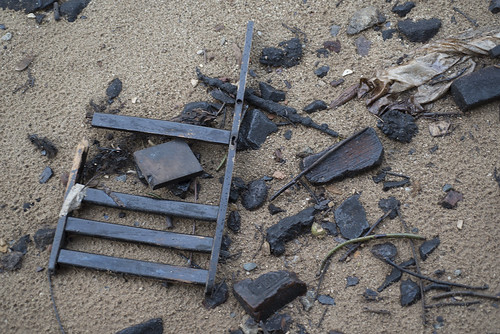 Once again, we were lucky the oil spill hit the shore at neap tide. There is only a narrow band of oil on the rocky shore here. 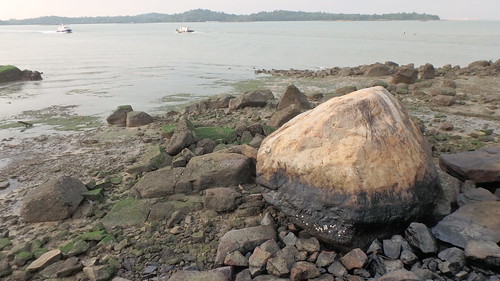 As we got a closer look at the seagrasses growing in the bay nearby, clumps of oil and sheets of sheen were everywhere on the meadows. 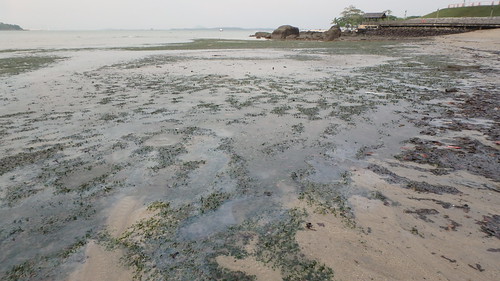 There were puddles of oil at the edge of the seagrass meadows, and sheen across the meadows. 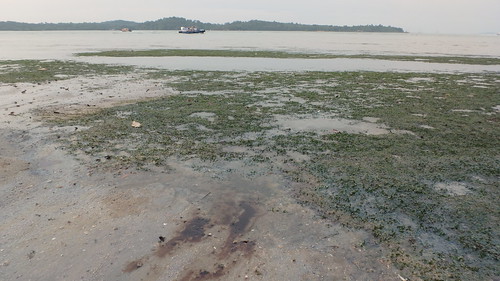 Sheen on the sandy shore. 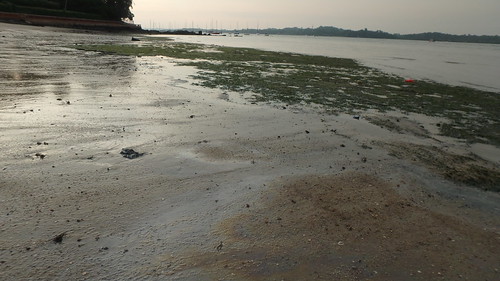 There are small rocky outcrops on the bay. Fish traps are often seen here. 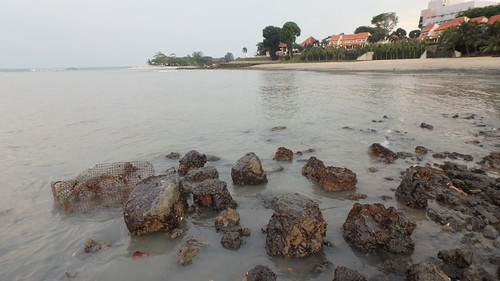 The rocky shores are still coated with living animals. Lots of Melted chocolate sponge and other kinds of sponges. Also lots of Button zoanthids. Similar to what I saw in  Jul 2016. There were also several Thumbs up ascidians and many Banded bead anemones. I didn't see any sea fans. 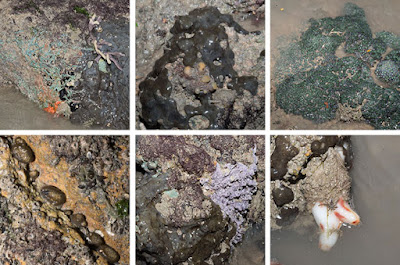 The rocks were alive with Onch snails and Drills. But I didn't see any crabs or sea slaters.

The most common sponge was Purple branching sponges, many with brownish tips that lack colour. But I have seen this even before the oil spill. 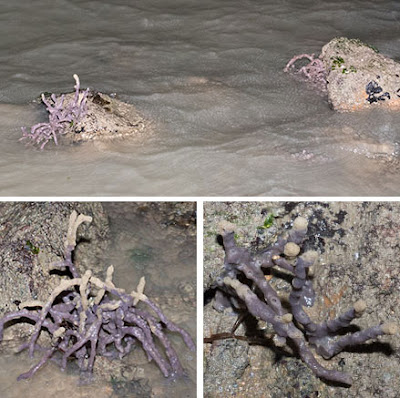 Compared to my last trip here in Jul 2016, I saw fewer clumps of Zebra corals, about half of them were completely white (bleaching?)

I saw one small Haddon's carpet anemone and one Tiger anemone.

Also one Cerianthid and a few Flowery sea pens. 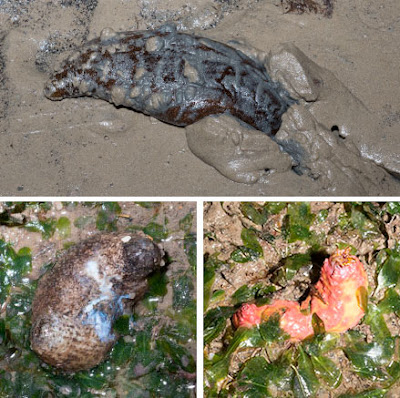 I did see one Biscuit star that was half melted. But also some others that looked fine. I didn't see any other kinds of sea stars or sea urchins.

I didn't see any crabs, Chay Hoon saw some, but there were lots of glass shrimps. I didn't see hermit crabs either. Nor did I see any large snails like Noble volutes. 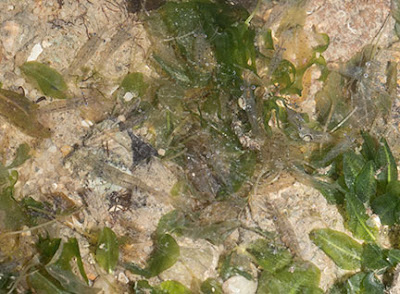 Spoon seagrass made up the meadows here and they seemed fine. No bleaching seen. But also no dugong feeding trails. We didn't have the time to check out the seagrasses right next to the Ferry Terminal. But they seemed lush from a distance. 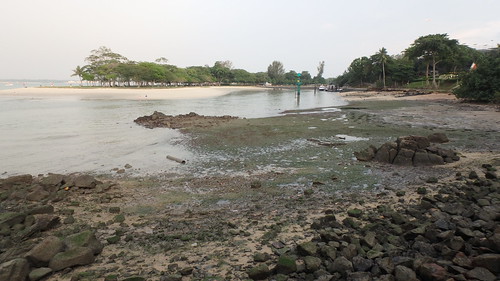 Let's hope these shores pull through the oil spill impact.


Today, Chay Hoon and I also surveyed these areas for oil spill impact

Posts about the Johor Strait oil spill in Jan 2017