A collision between two container vessels at Pasir Gudang Port resulted in 300 tonnes of oil spilled. Apparently, the oil made landfall at the Western end of Pulau Ubin (location of Outward Bound Singapore).
I had a quick look at the situation from Punggol Jetty this afternoon. What is the likely impact of the oil spill? What natural shores may be impacted?

According to MPA (all media compiled here)

The Master of APL DENVER reported that one of her bunker tanks sustained damage resulting in approximately 300 tonnes of oil spillage. JPA has deployed four anti-pollution craft on site and an oil boom around APL DENVER to contain the oil spill.

In Singapore, some oil patches were spotted and the spillage has been contained off the western side of Pulau Ubin. MPA has activated a total of eight anti-pollution craft with dispersant spraying capabilities to clean up the spilled oil.


The Star has these video clips showing the damage to the APL DENVER that caused the oil spill.


This is the current location of the WAN HAI 301 from shipfinder. Each green and yellow triangle is a large vessel. This shows how busy the Johor Strait is. 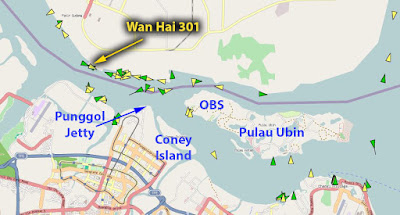 Media articles about the oil spill

When I approached Punggol Jetty at around 2pm, I could already smell the spill even before I reached the shore. The tide was high, there was a sheen of oil from the high shore to as far as I could see. In the middle of the Strait, I saw darker streaks of possibly actual spill. 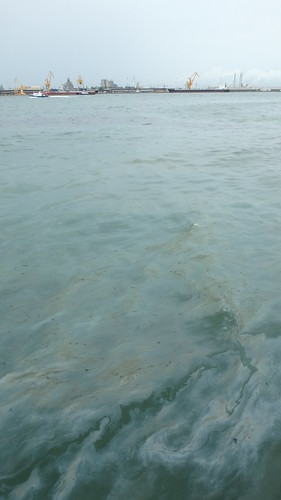 There was a man wearing the Oil Spill Response uniform and two workers who seemed to be in the same team. He wasn't very chatty about the situation. There were several people on the jetty fishing and also some traps in the water. 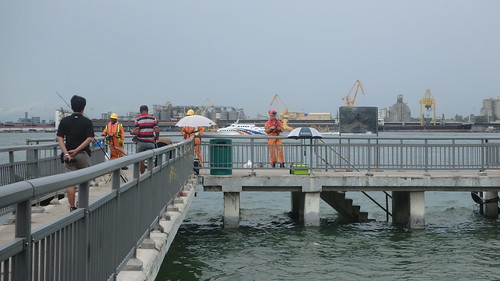 The sandy shore did not show much signs of oil landing there. Although the cleaners were busy there. 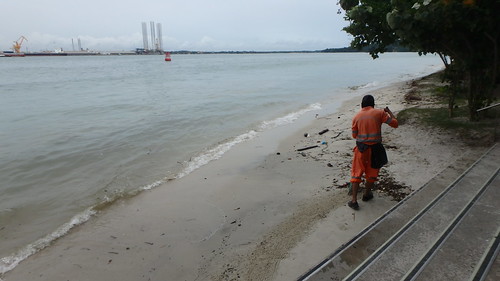 Here's a video of what I saw today 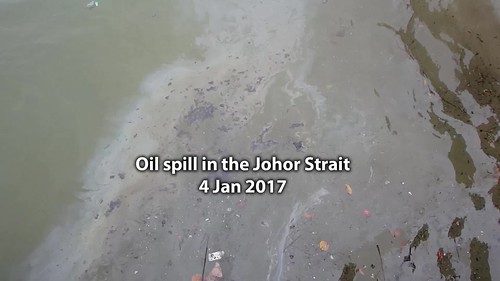 Here's more photos of what I saw today

I understand that after the tide turned later this evening, the sheen has affected the water between Pulau Ubin and Pasir Ris.


What is the likely impact of the oil spill?

I always worry more about the use of dispersants to 'disappear' oil spills. Dispersants are basically detergent sprayed on crude oil to break them up, like using soap on greasy dishes. Using dispersants means adding MORE chemicals to a chemical problem. The oil is still there, PLUS the dispersants too.

A study found that an oil-dispersant mixture is 52 times more toxic to bacteria than just the oil alone or dispersant alone. The study also found that dispersants interfered with other natural processes that degrade oil, such as effects from sunlight and ground-level ozone. Dispersants also caused sediments to absorb more of the harmful compounds, lengthening their effects on the environment.

From reports, for this oil spill it appears both the Johor Port Authority and Singapore Maritime and Port Authority have deployed vessels to spray dispersants on the oil spill. But I couldn't see when I was at Punggol Jetty.

These photos taken in the off Pulau Ubin by a contributor suggests that 'NeatSweep' could have been deployed today. I first saw this "a new modern and efficient system" during the oil spill exercise in Oct 2016. It would would "funnel and concentrate" the floating oil spill and thus "drastically reduce the dispersant waste".


More about the impact of dispersants

Is there a better way to deal with crude oil spills?

From an article after the massive Changi East oil spill: "The strategy to combat oil spills has remained largely unchanged over the last 30 to 40 years. The oil is either dispersed, collected or burned," said Mr Ho Yew Weng, operations manager of Oil Spill Response, in the Straits Times article.

The experts note that more efficient, less toxic and more environment-friendly types of dispersants have emerged over the years.But some experts are beginning to press for more efficient methods to deal with oil spills.

Prof Tan Soon Keat cites the use of gases like ozone instead of the usual chemical dispersants. "The oil is removed in an environmentally friendly manner as the ozone converts the oil into carbon dioxide and water". The ozone gas is saturated in water and it is sprayed on oil slicks or bubbled through seawater filled with oil globules."

More about how Singapore deals with oil spills now in this post about an oil spill exercise I attended in October 2016.

What natural shores may be impacted by this oil spill?

Punggol has natural boulder-y rocky shores which are very much alive! My last visit was in May 2015. When the rocky shores were dotted with colourful animals.
This shore is also the only known spot where Burgundy anemones are abundant. 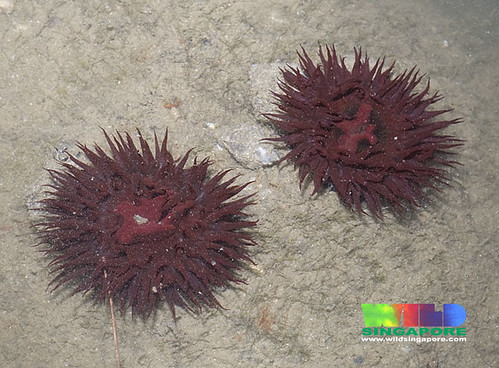 I heard the oil spill affected the Western shore of Pulau Ubin, the location of Outward Bound Singapore. There are mangroves and other shores here, which we last surveyed in Jan 2016 when we already noticed some losses there.

Coney Island is also nearby. We last surveyed the living shores there in Nov 2015.

You CAN make a difference!

See oil on a northern shore? Take photos, send it to me! If it is very bad, alert NParks or NEA.

Please also let me know if you see large numbers of dead fishes or dead marine life washing up on the shores.

It is best to to leave oil spill clean up to the professionals because oil is toxic. It can harm people, and if not removed properly, it can harm the environment.

The best way that ordinary people can help is to survey our shores to document and share the impact of the oil spill. Like this survey I did on 5 Jan 17.