Changi Creek and Sungei Ubin after the oil spill

Nearly three weeks after the 300-tonne oil spill in the East Johor Strait, I had a quick look at oiled areas at Changi Creek. It looks similar to what I saw a week ago. 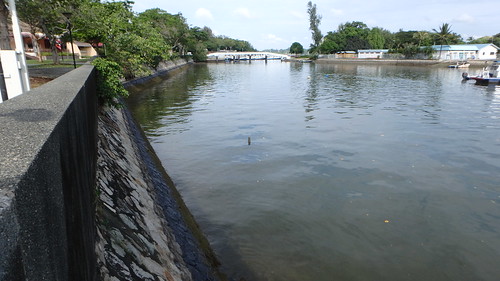 For the first time, I also checked the Sungei Ubin area at Pulau Ubin during a walk with Restore Ubin Mangroves (R.U.M.) Initiative. It was a relief not to see any signs of oil here.


It was mid-tide when I looked and oil impact remains at Changi Creek near the Changi Point Ferry Terminal. A 50cm-wide oil stain remains along the Changi Creek seawall. The abandoned oil boom is still on the high shore. 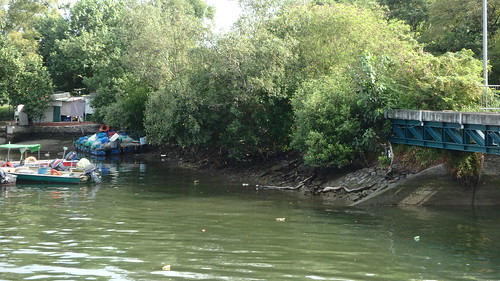 From the bumboat on the way to Pulau Ubin, I noticed the heavily oiled rocks at the Changi Boardwalk are still there. 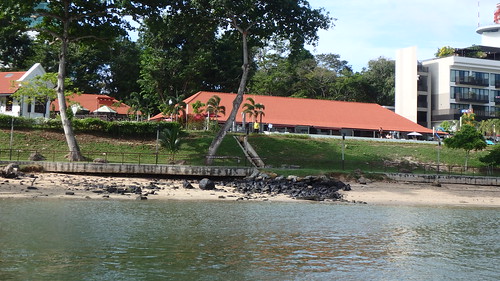 On the way to Ubin, I noticed the water was very 'brown'. Teh-o coloured water is often a sign of a plankton bloom. Oh dear. 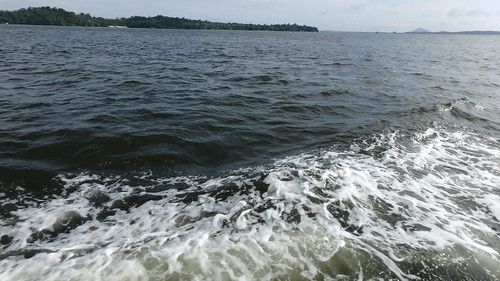 At Sungei Ubin on Pulau Ubin, it was neap low tide and we did not see or smell large amounts of oil. 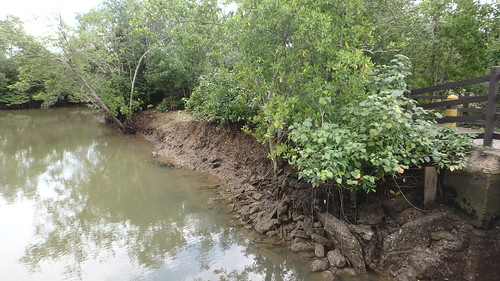 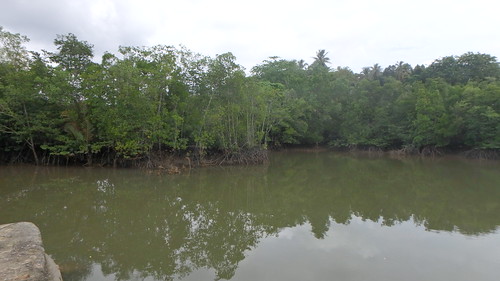 The seawall surrounding RUM Site 1 at Sungei Ubin-Sungei Durian had a dark layer. It requires a much closer look to confirm whether it is oil. 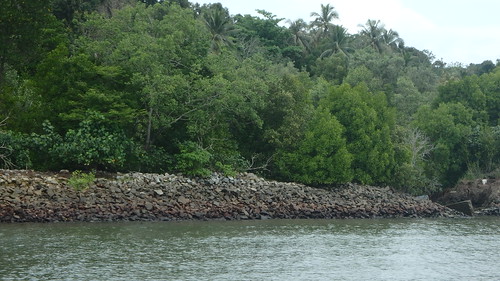 The rocky shore and beach at the mouth of Sungei Ubin did not have signs of oil. 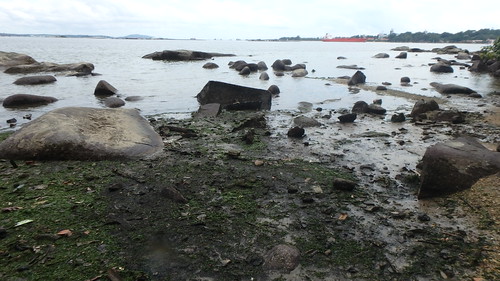 The black stuff accumulating on the sand is not oil. It is not sticky, it doesn't smell like oil. It is probably just decomposing mangrove tree bits, which is natural and becomes food for other plants and animals.
Phillip Lim, who is very experienced with the waters around Pulau Ubin, shared that this stretch of shore was spared the oil spill because the prevailing water currents and winds at that time pushed the slick towards Changi Point instead.

The next day, another group of R.U.M. volunteers surveyed the RUM Site 1 for oil impact. They did not find any obvious signs of oil, and removed trash found on the shore. Thanks to Liz Lim for this report and photos of their survey.

Posts about the Johor Strait oil spill in Jan 2017